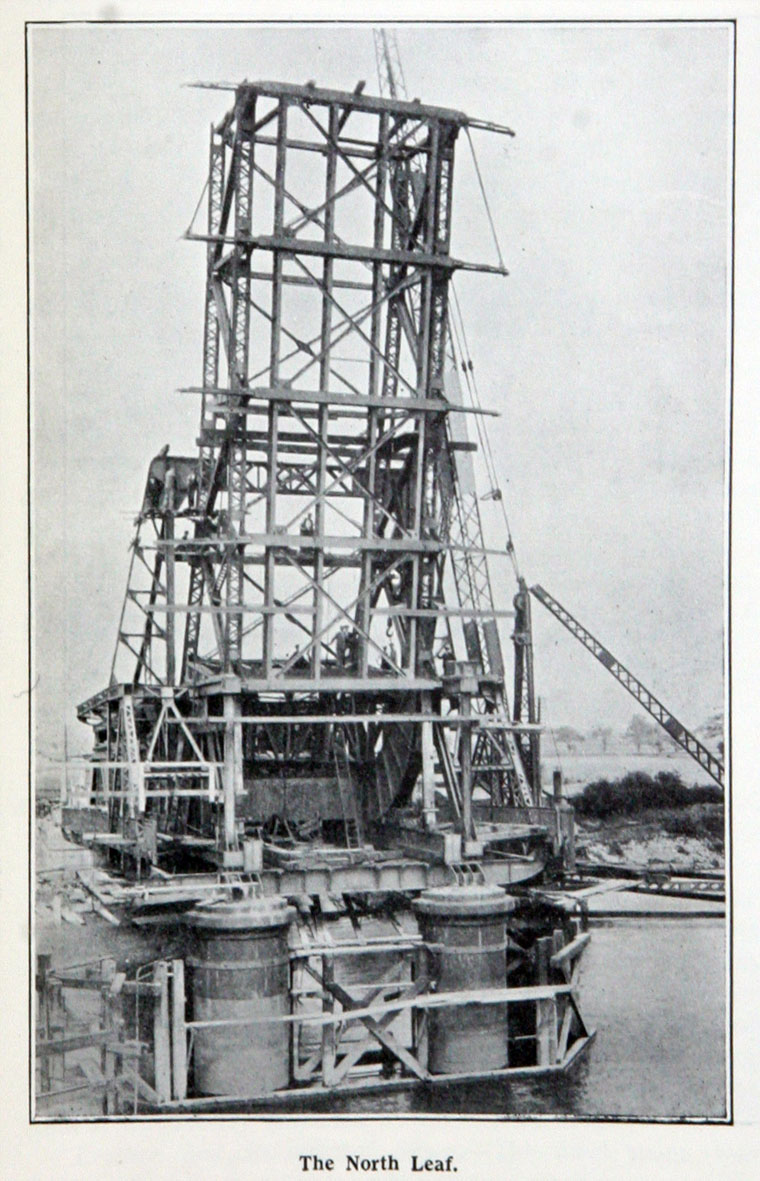 1926 Replacement for the earlier bridge, also known as the Jubilee Bridge (Queensferry), which was designed by Mott, Hay and Anderson[1][2]. Also known as the Blue Bridge.

By the 1960s shipping had ceased on the River Dee. The bridge's lifting mechanism was removed and the roadway fixed permanently in place. A bypass was constructed with a new bridge which took the main traffic[3]