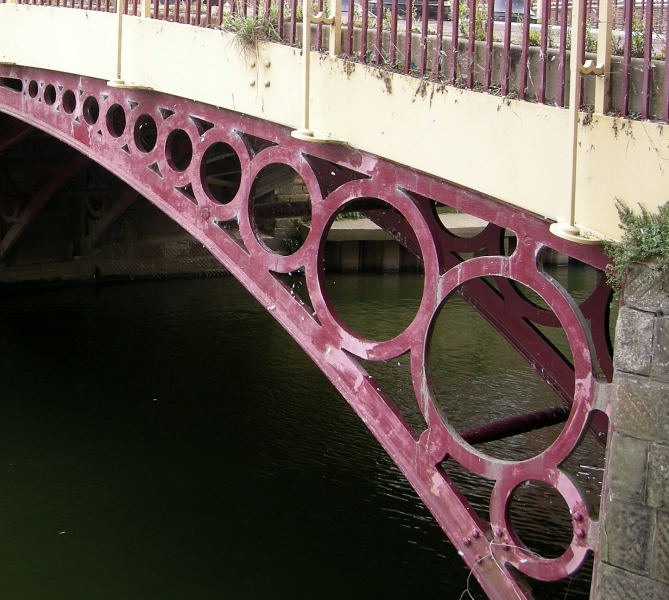 Zoomed in to show neat detailing (fillet at internal corner of inverted T-section cast iron rib, shaping of the mundane tie bar) and repairs to rib and ring

A cast iron bridge over the River Avon, built in 1822.

'In 1821 an agreement was made with a Shropshire man, Benjamin Ball, an ironfounder, for "furnishing and erecting a Cast Iron bridge over the River Avon" for the payment of £660. The plans were by Thomas Holland, a Gloucester surveyor, and James Westcott of Barnwood was employed to build the temporary bridge and for some work on the new bridge.' [1]