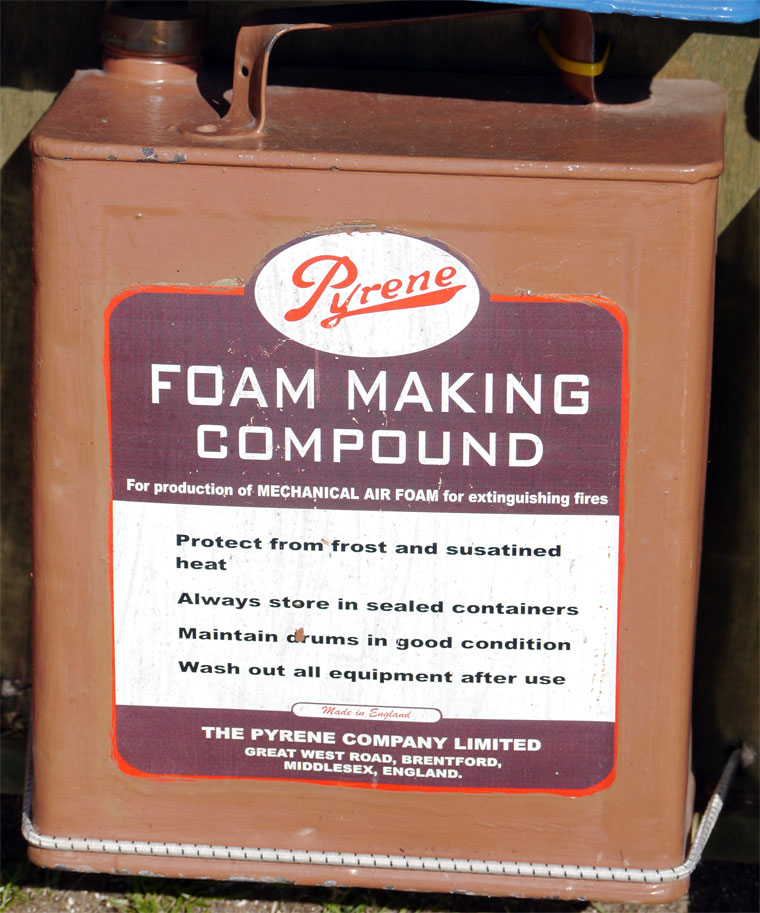 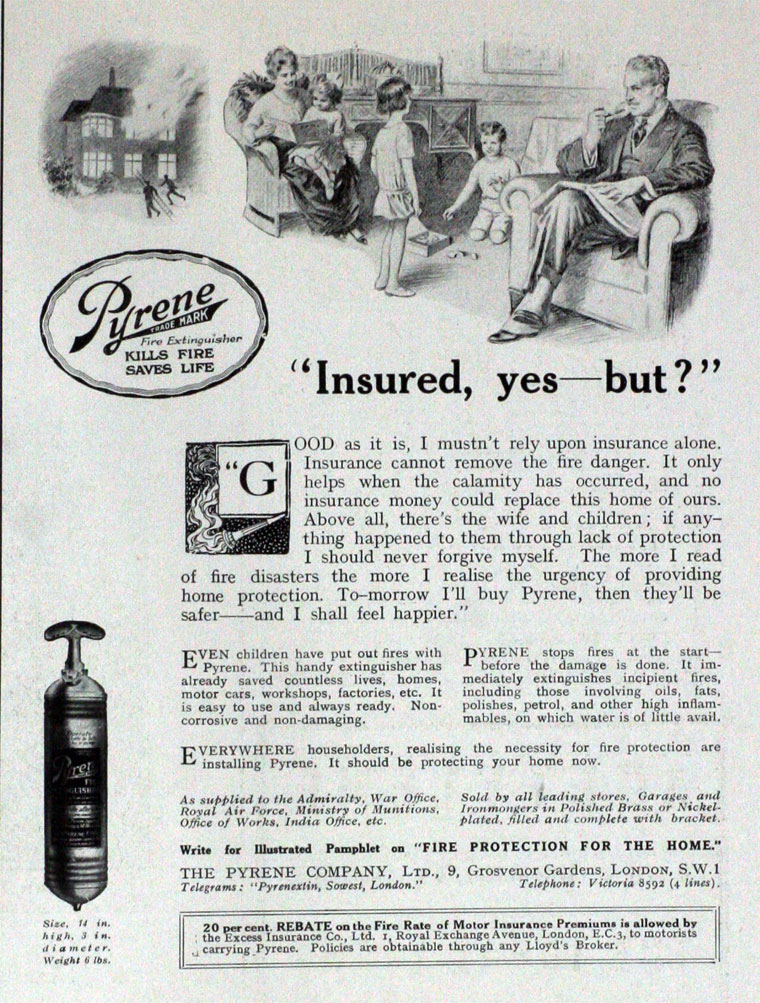 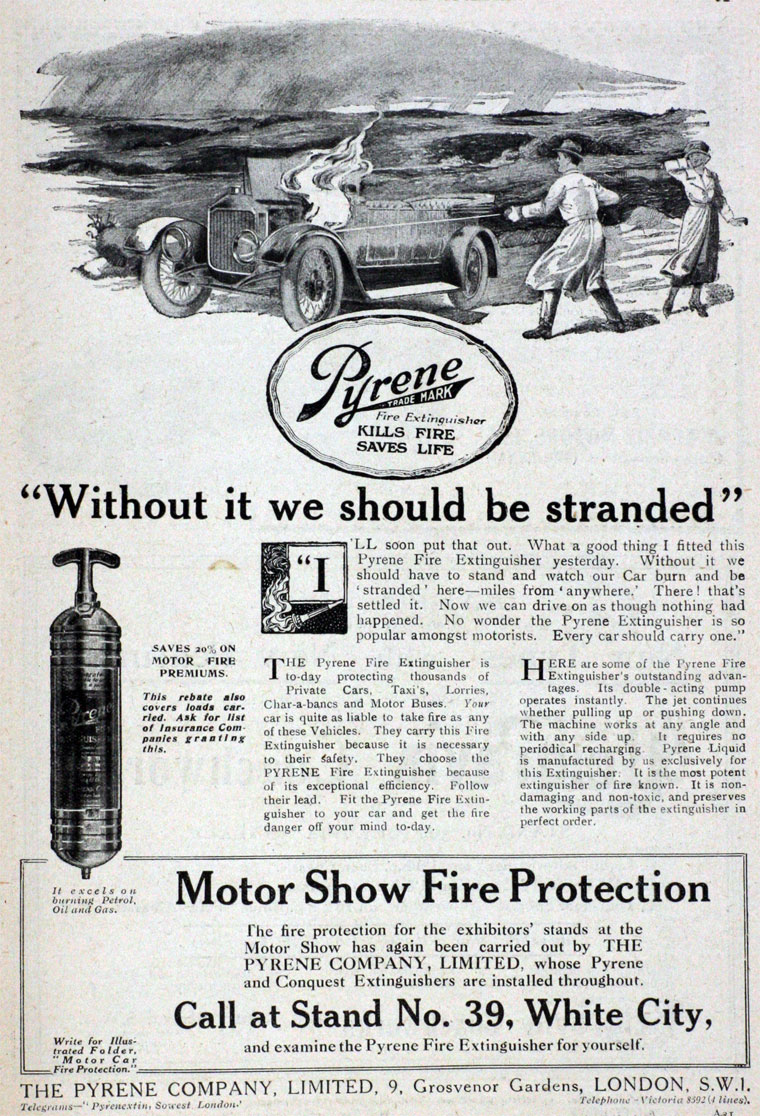 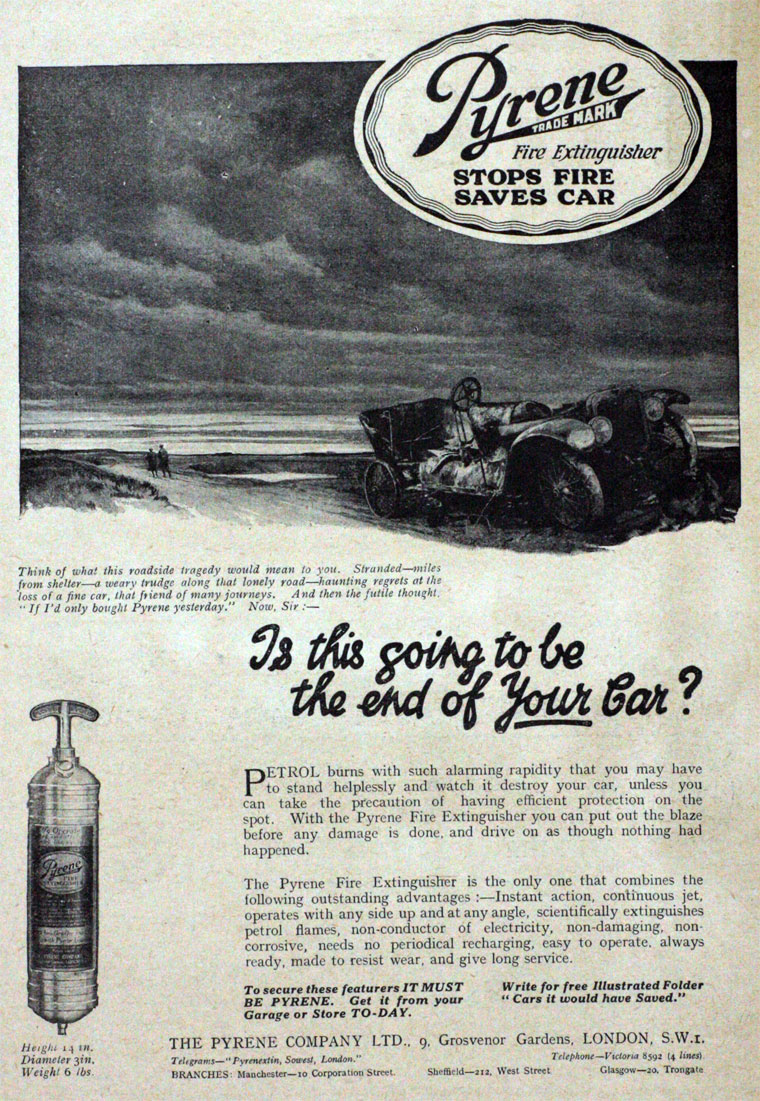 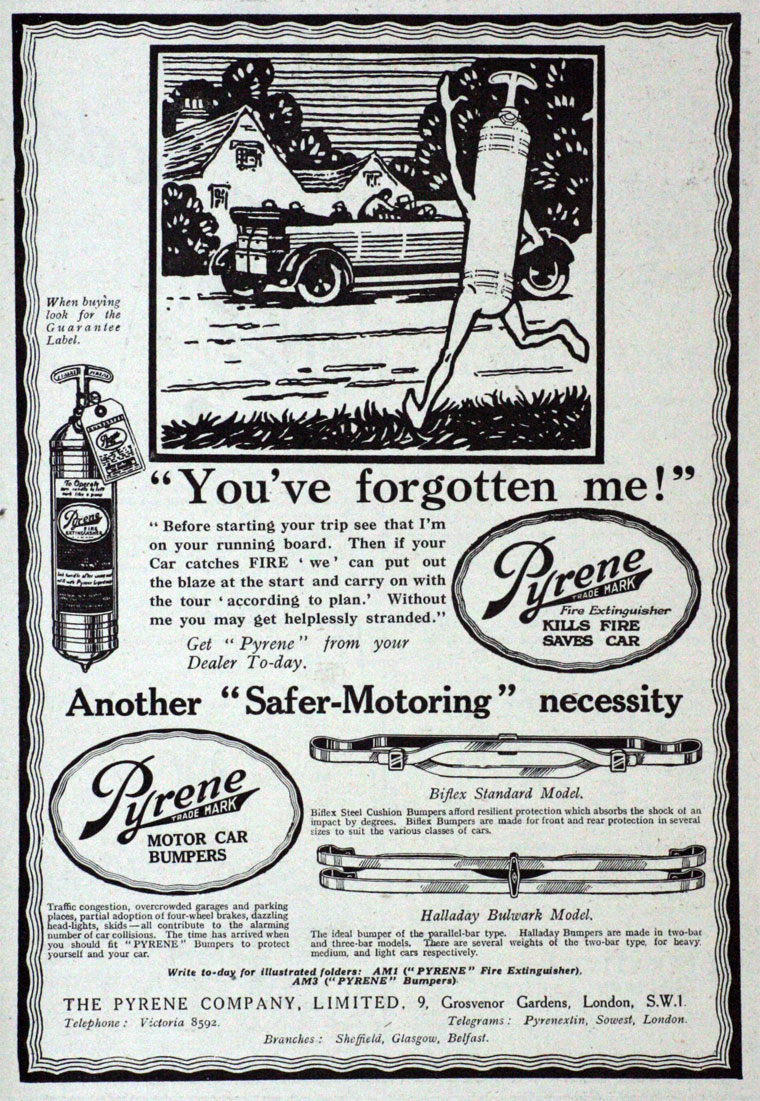 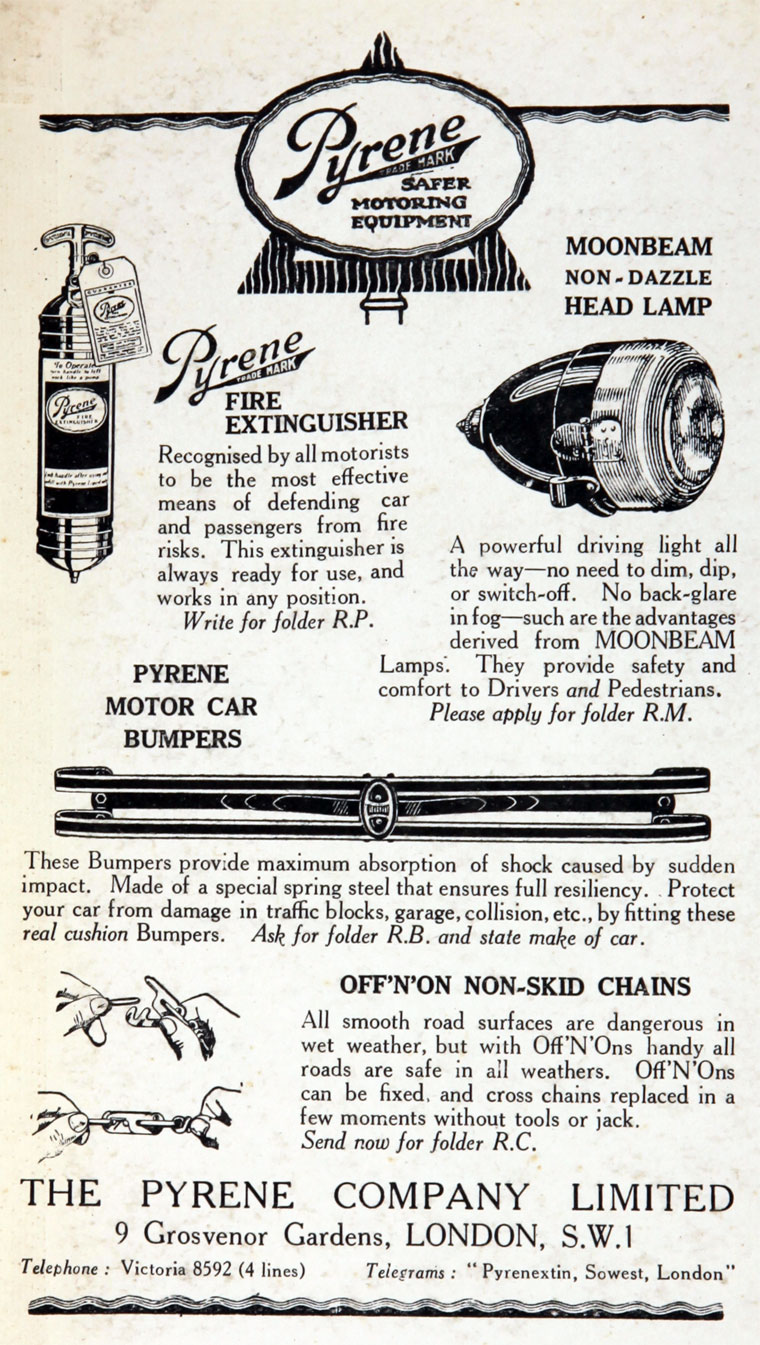 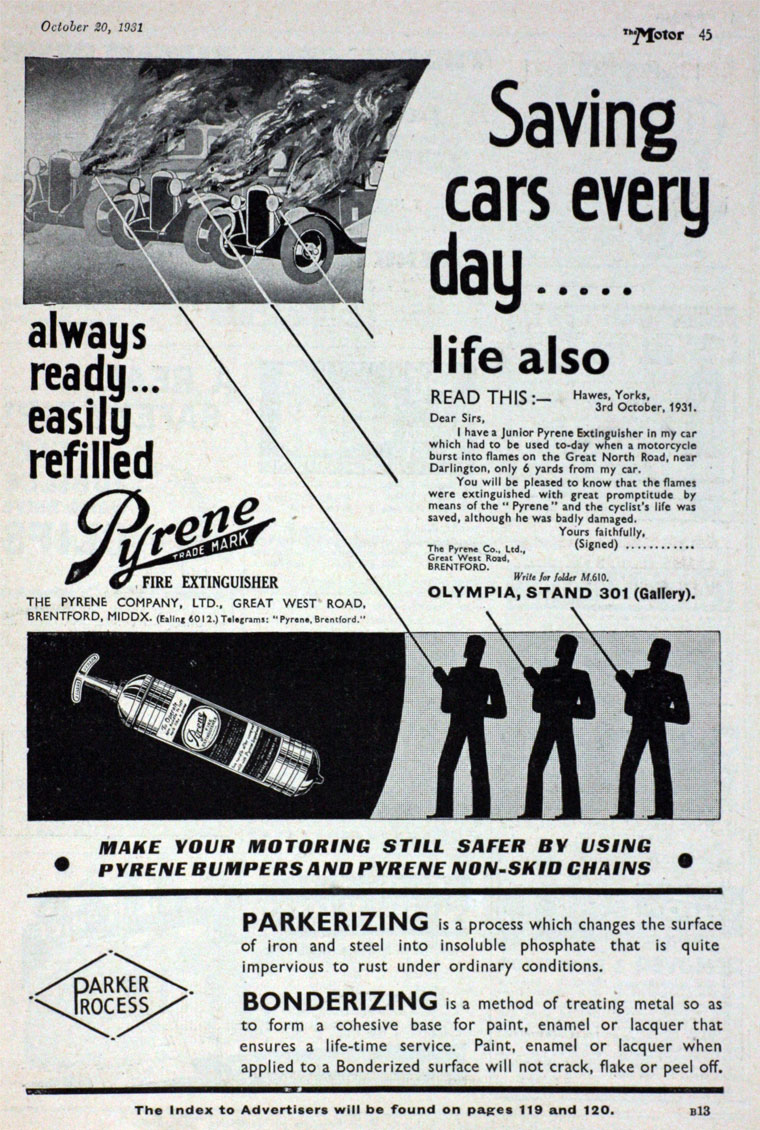 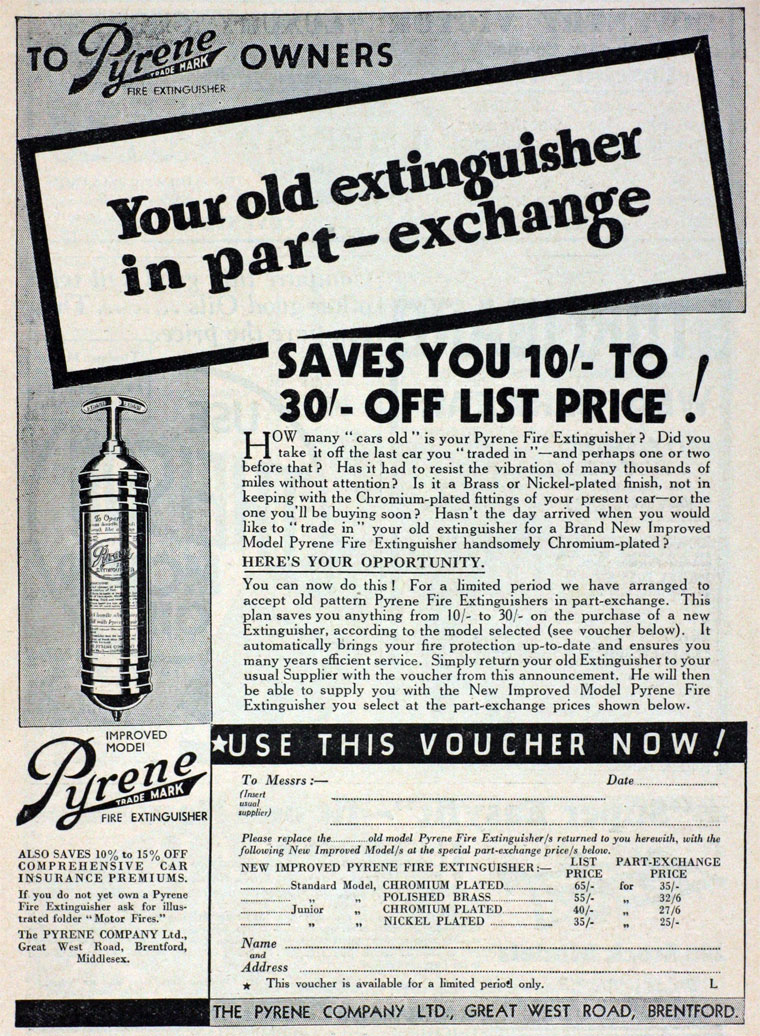 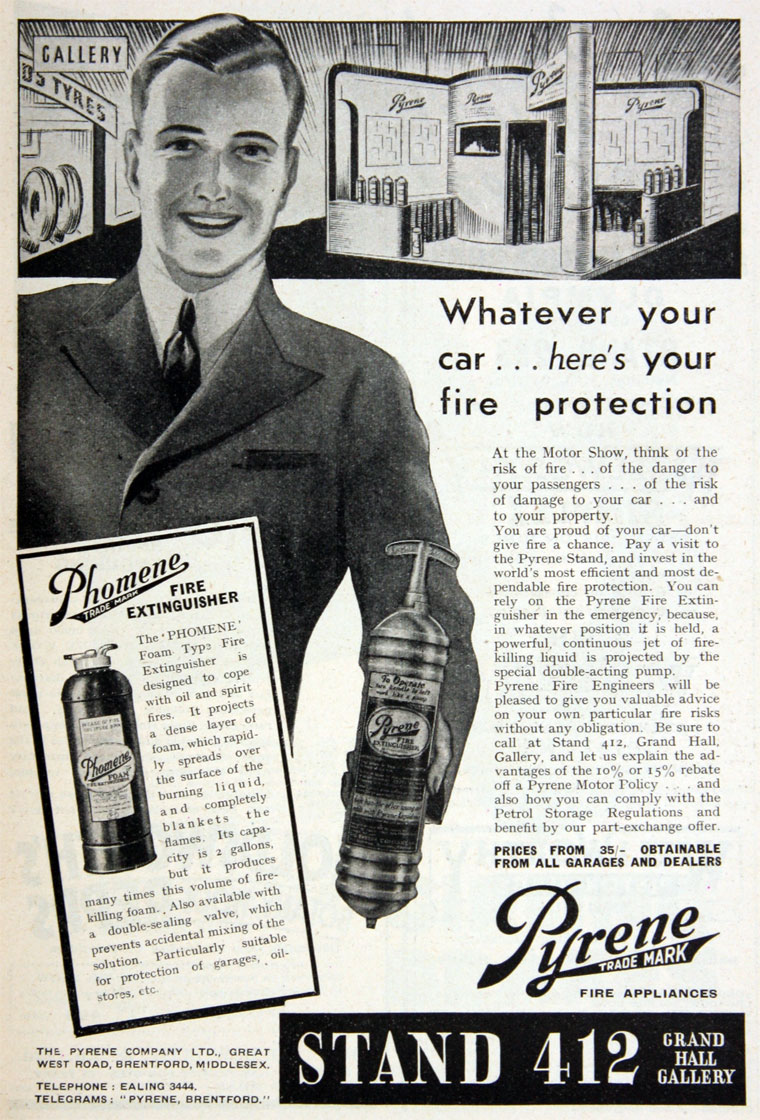 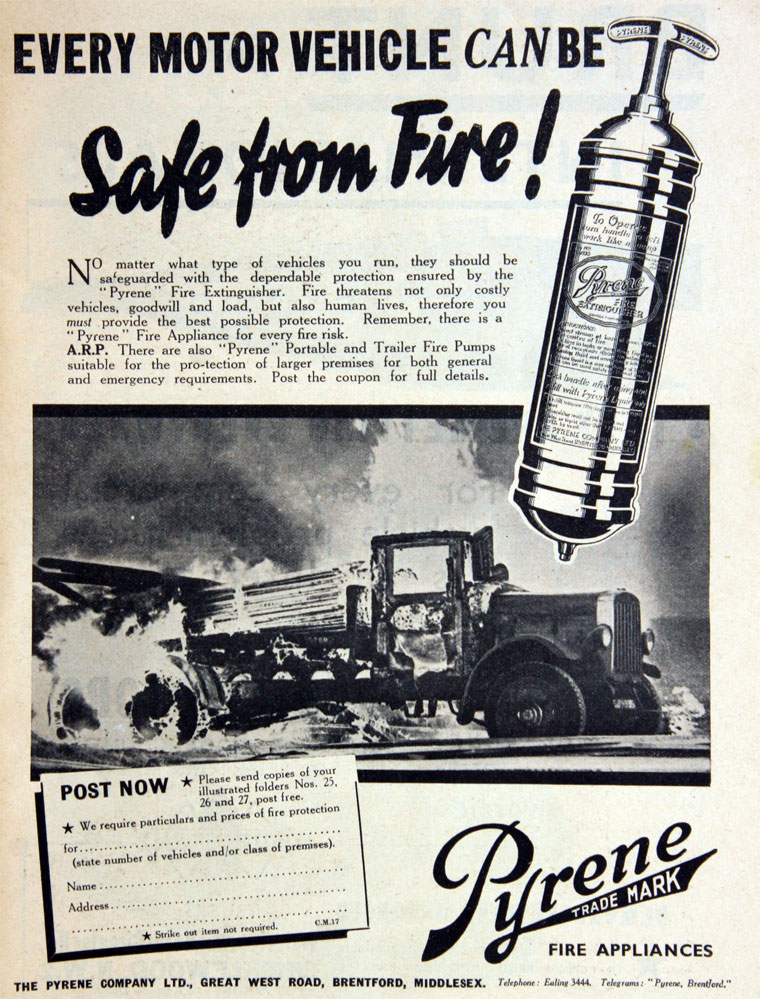 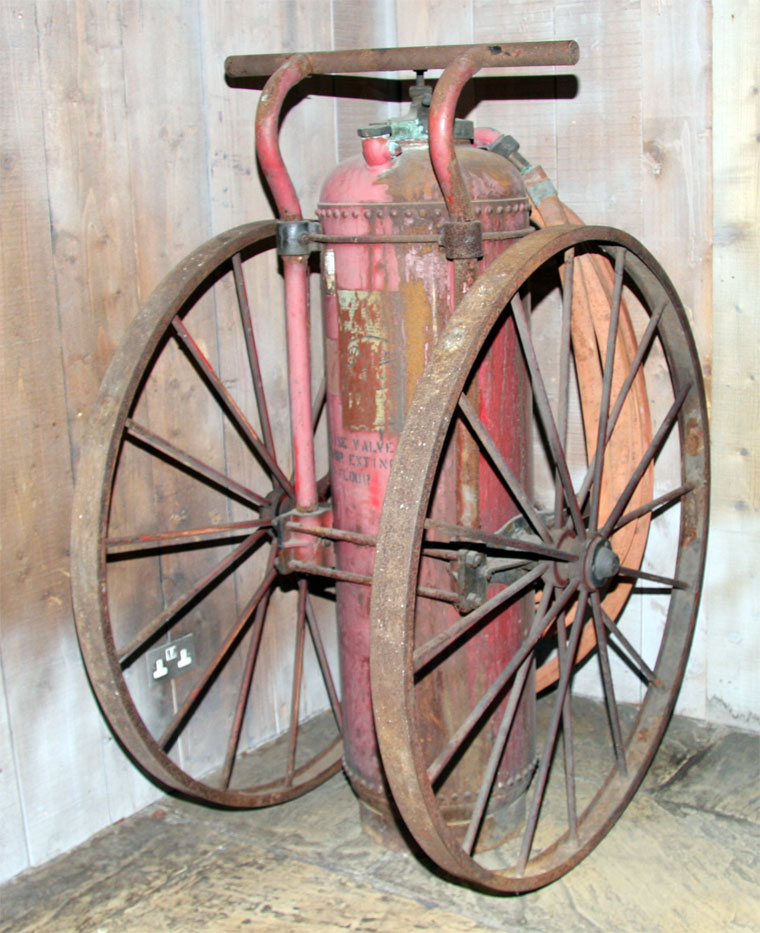 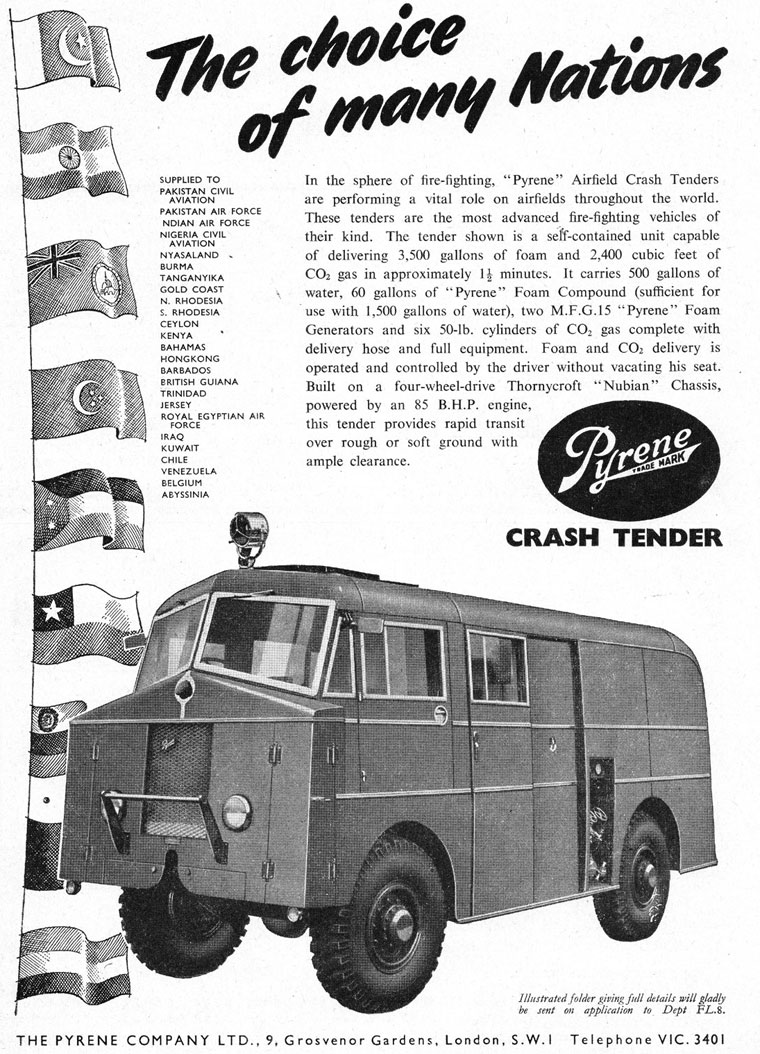 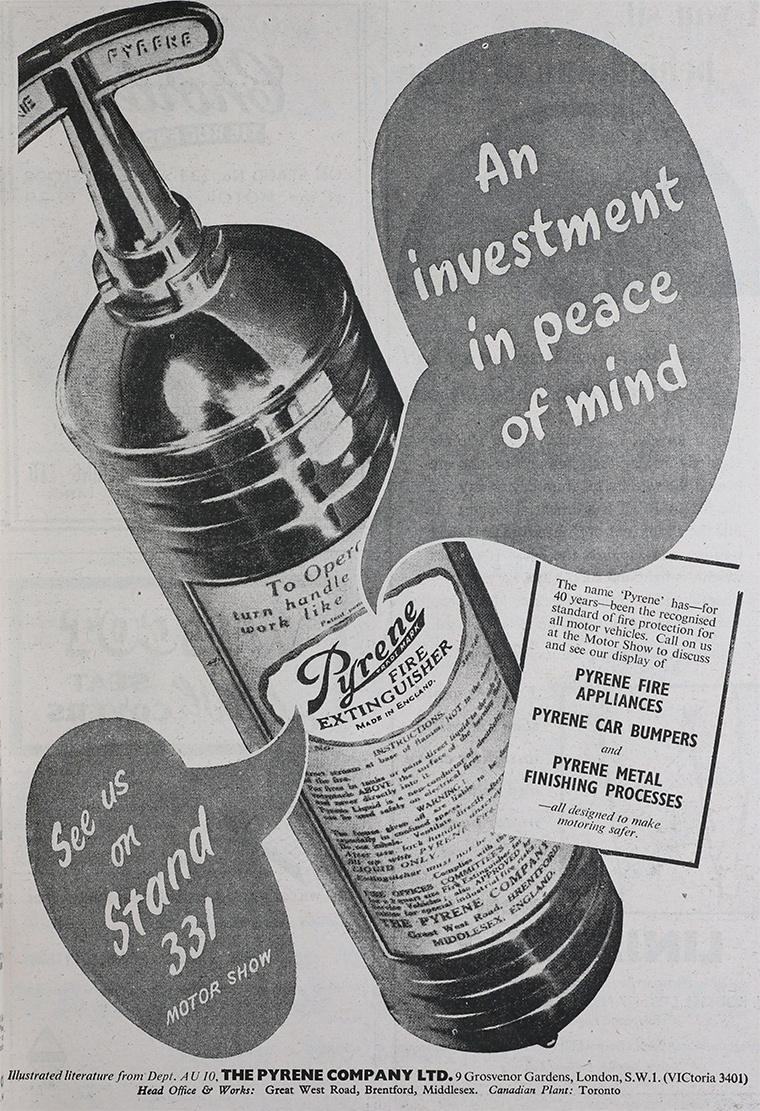 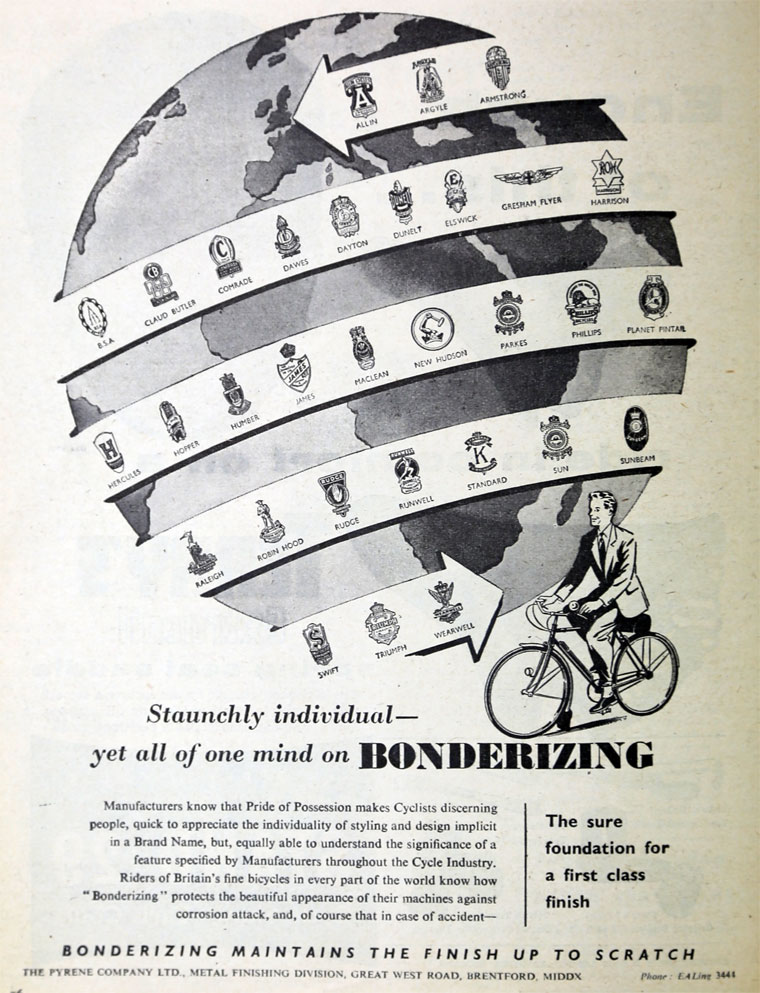 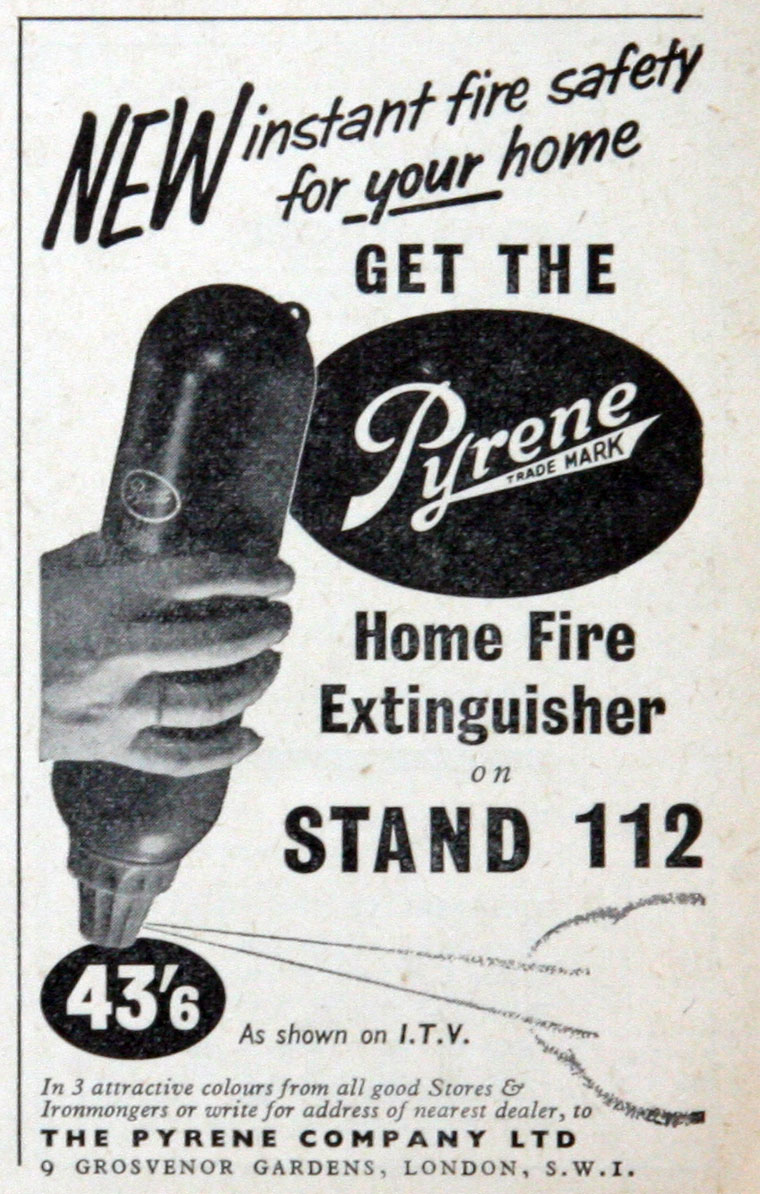 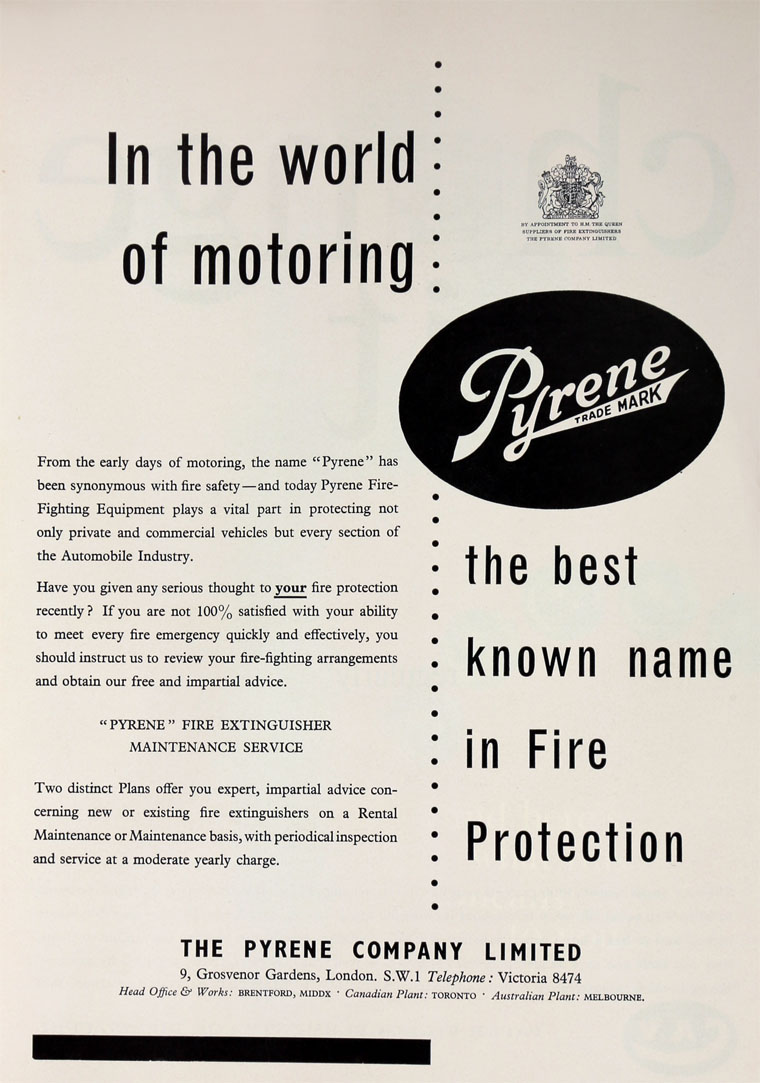 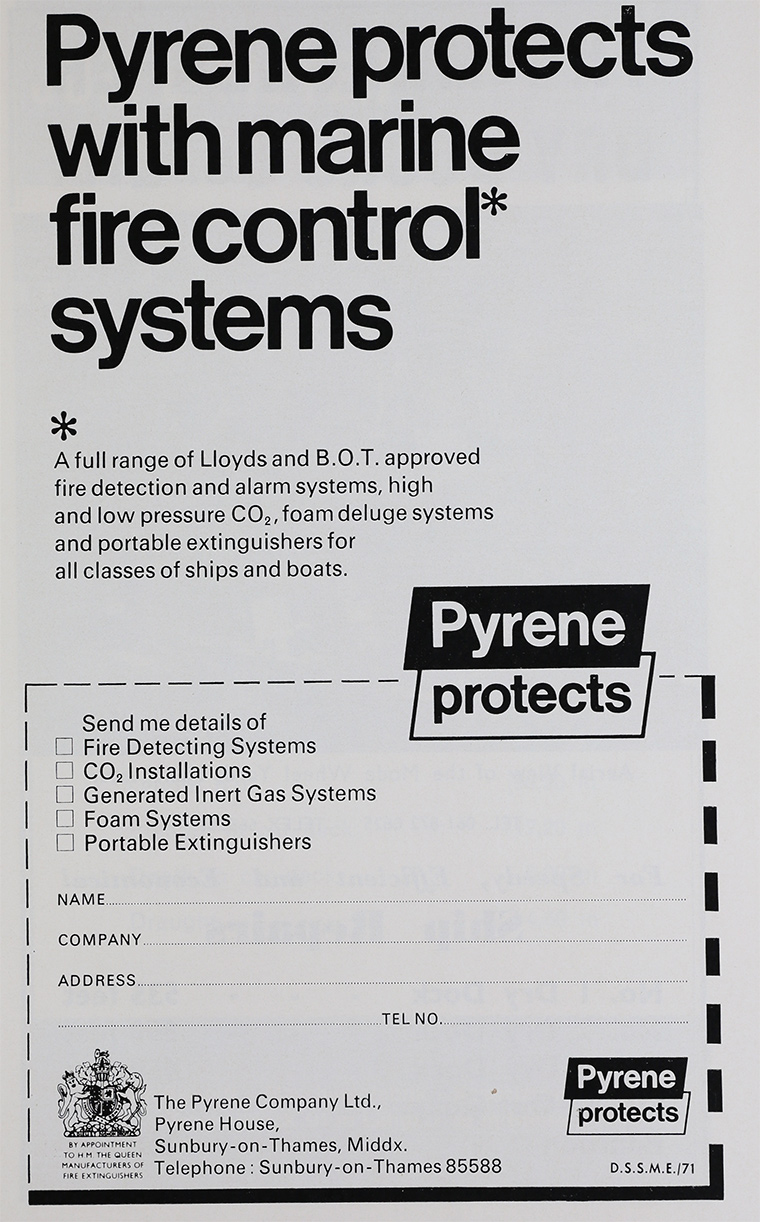 1907 A Scottish engineer, unable to get financial backing in the UK, took his idea for a fire extinguisher to the US. He established what became known as the Pyrene Company of Delaware in 1909.

1914 A British offshoot, The Pyrene Company Limited was founded when Wallace B. Phillips, an American businessman set up in Great Queen Street, London, selling 'pump' extinguishers.

1920 The company moved to Stoke Newington to manufacture soda-acid and foam fire extinguishers was established.

1927 Established a metal-finishing division which developed the Parkerizing process for metal rust-proofing.

1930 Pyrene moved to a new Art Deco style factory located on the Great West Road, Brentford and established the concept of major fire demonstrations with the construction of a massive demonstration ground behind the Brentford factory, to simulate an oil storage depot.

Pyrene Phomene installations were fitted to many ships during the 1930s, and the 'car bumper' division became well established and by 1960 was producing approximately one third of the car bumpers used in the UK motor industry.

1950 A factory was opened in Ferndale, South Wales for the manufacture of fire extinguishers.

1967 Pyrene was taken over by Chubb and Sons