Grace's Guide is the leading source of historical information on industry and manufacturing in Britain. This web publication contains 150,333 pages of information and 235,386 images on early companies, their products and the people who designed and built them. 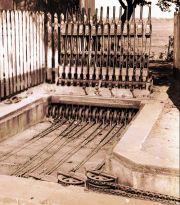 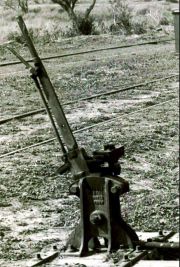 Province of Santa Fe Railway (in Spanish: Ferrocarril Provincial de Santa Fe and in French: "Compagnie Française de Chemins de Fer dans la Province de Santa Fe") was a French-owned company that purchased a 1,000 mm (3 ft 3 3⁄8 in) metre gauge railway network built by the provincial government of Santa Fe in Argentina on 10 April 1900 and later extended it in the provinces of Chaco and Córdoba.

The company had its origins in the signing of a contract between the Santa Fe Provincial government and John G. Meiggs Son & Co. for the construction of a 100 km (62 mi) line north from the city of Santa Fe in the direction of the agricultural colonies. The section from Santa Fe to Rafaela was opened on 1 July 1885 and from Rafaela to Lehmann on 1 May 1886. Later the same year branch lines were opened from Empalme San Carlos to San Carlos Sur on 1 July and from Santa Fe to Colastiné on 15 October, and the line from Lehman to San Cristóbal was opened on 31 December. The line from San Carlos Sur to Gálvez was completed on 1 July 1887 and the following year the line from Humboldt to Providencia was opened on 1 January and extended to Soledad on 1 June.

On 1 January 1888 the line from Coronda to Hessler and from Pilar to Josefina and San Francisco was opened, and on 1 September later that year the lines from Santa Fe to Rosario and to San Justo were opened. The later was the first section of a line which reached Chaco Province in the following stages: Escalada in May 1889, Calchaquí in September 1889, Vera in February 1890 and La Sabena on 1 November 1892. The branch line from Colastiné to Rincón was completed in December 1889.

This railway used a great variety of equipment and several French, English and Belgian builders. Many of this mechanical signals were French, type "Lartigue", and signals manufactured by the Saxby and Farmer, also from 1926 they were of the Westinghouse Brake and Saxby Signal Co.

After nationalisation in 1948 it became part of the state-owned company Belgrano Railway.