Grace's Guide is the leading source of historical information on industry and manufacturing in Britain. This web publication contains 144,254 pages of information and 230,175 images on early companies, their products and the people who designed and built them. 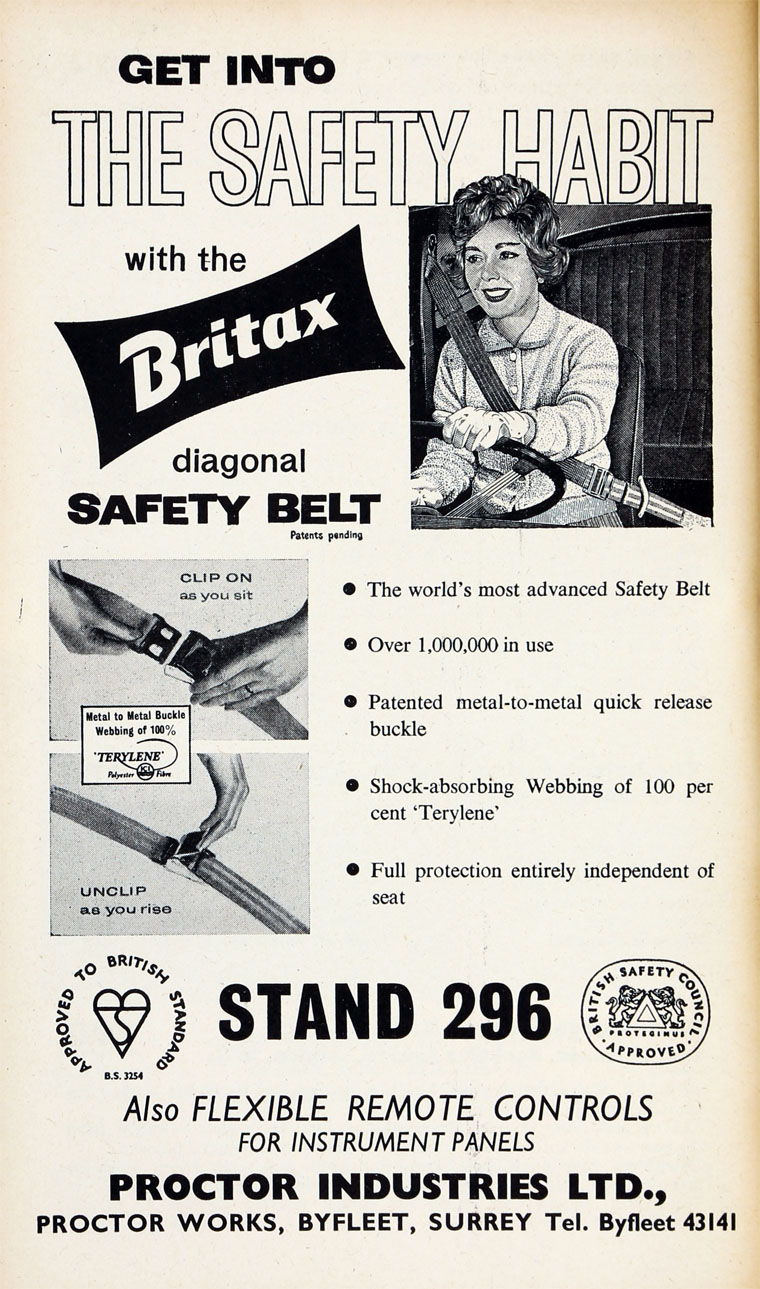 1961 Mr O. A. Proctor acquired Excelsior Motor Co[1] which had been a publically traded company, so presumably Proctor Industries was transferred to Excelsior.

1961 Attracted by the news of the development of the safety belt, public relations expert Peter Easton contacted Oscar Proctor, marking the start of a long business relationship[2]

By 1967 Britax (London) and Proctor Industries were owned by Excelsior Motor Co; O. A. Proctor was chairman of Excelsior[3]