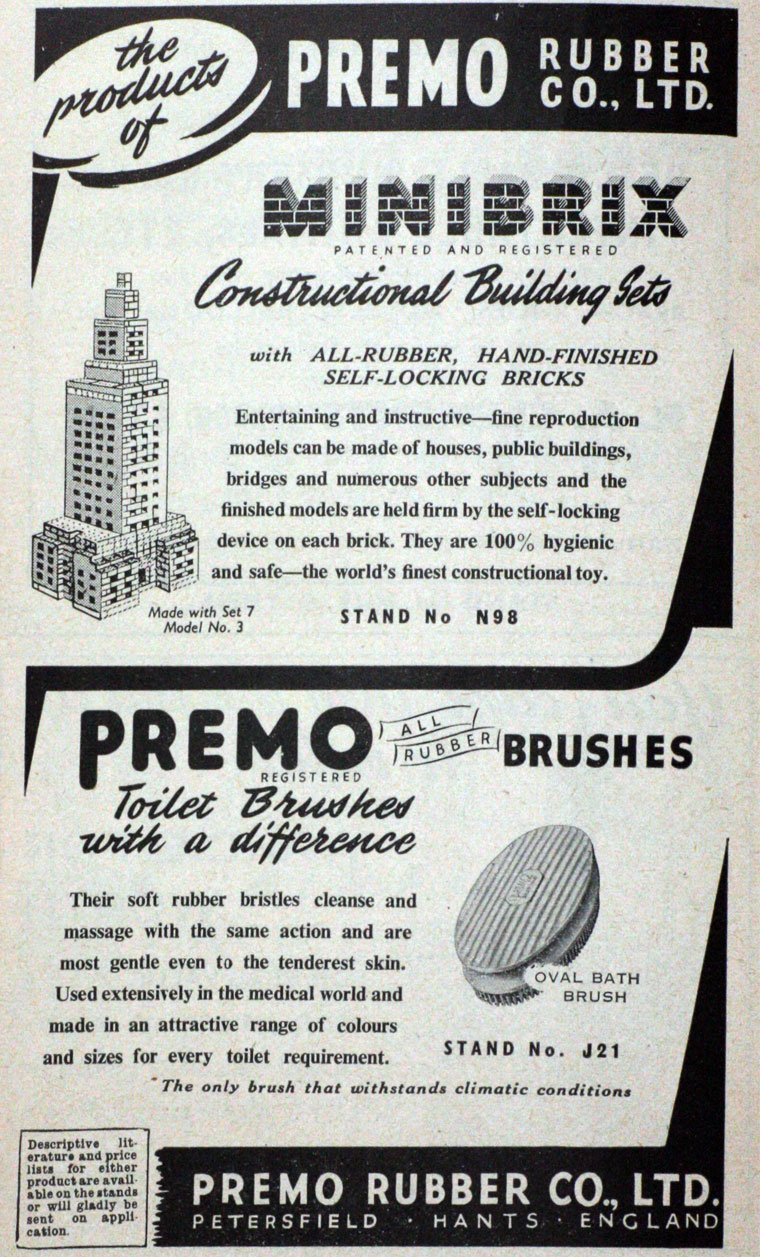 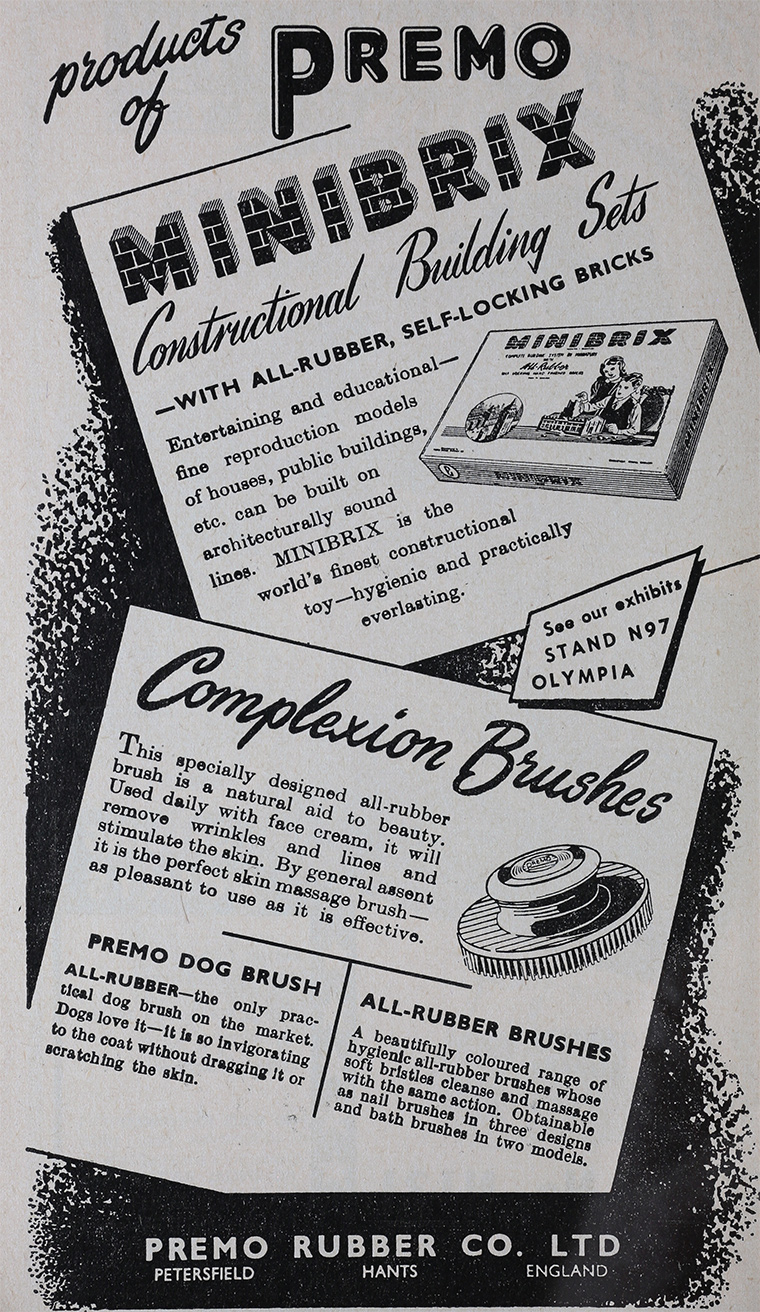 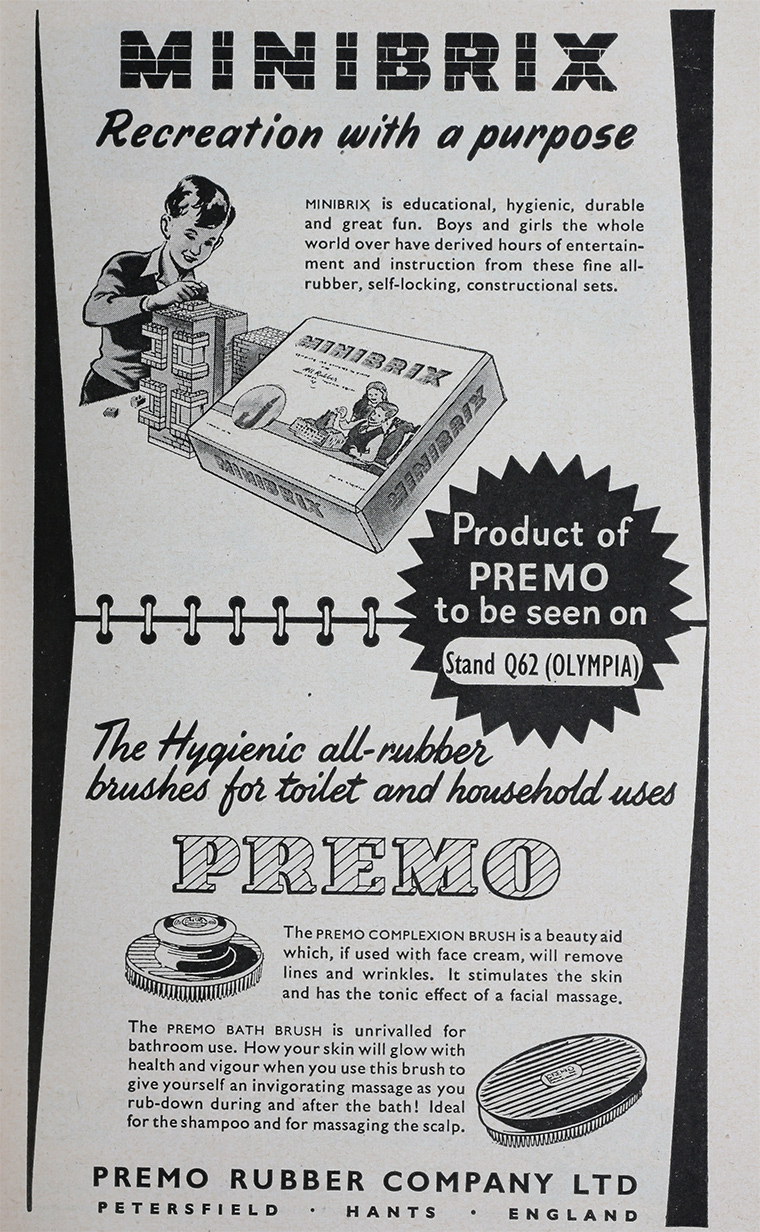 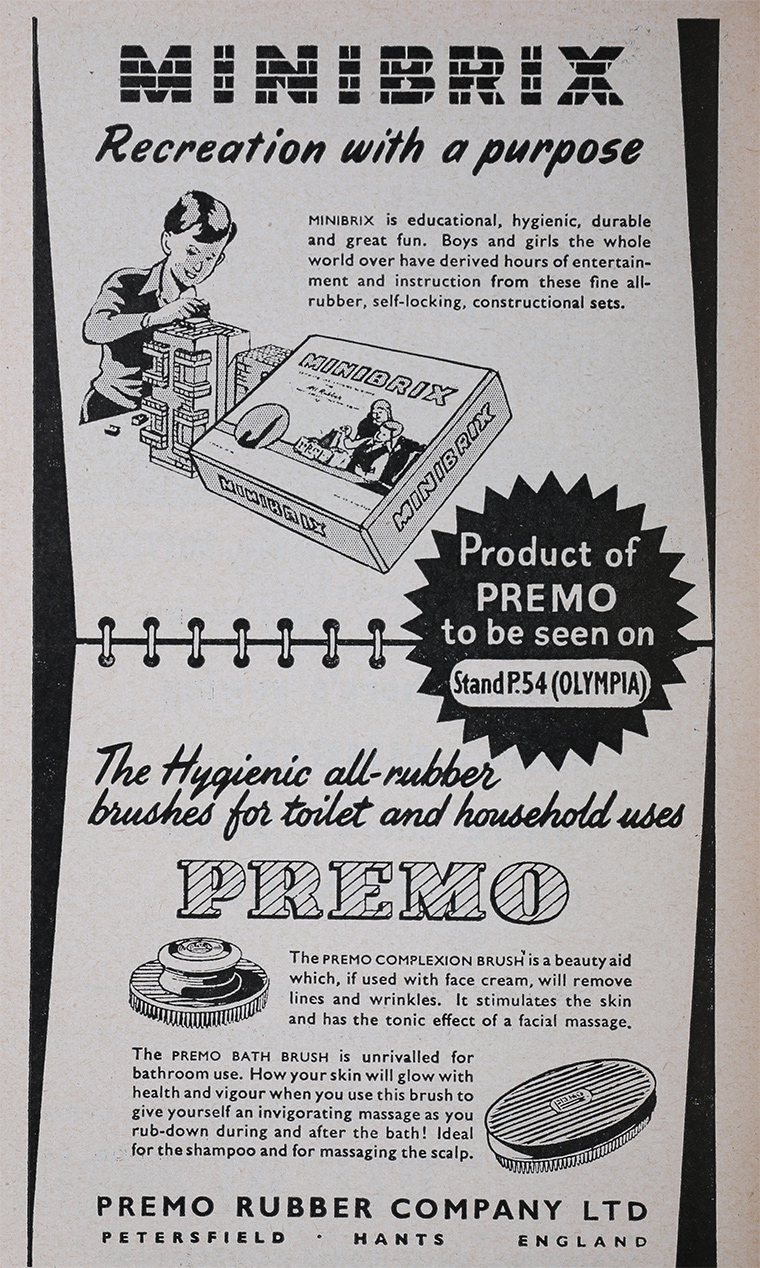 The Premo Rubber Co was a subsidiary of the I. T. S. Rubber Co, which had been founded in 1919 by Arnold Levy, and was located at Sandringham Road, Petersfield.

1930 Developed in 1930, Minibrix were construction kits that enabled children to build their own miniature houses. Like the later and more famous construction toy, Lego, Minibrix consisted of interlocking bricks with moulded studs on the surface.

1935 The Premo Rubber Company Limited, which traditionally made rubber shoe heels, began to manufacture Minibrix construction bricks, between 1935 and 1976.

Two series of bricks were available for making different styles of houses, the Tudor and the Modern. The instruction books contained details of real buildings to construct and make up into realistic models. The standard bricks were brown and white but multi-coloured sets were produced that had pink, yellow, blue and green bricks. The bases to build on could be made either of card or rubber. It was the same with the roofs which were usually green. Windows were made of celluloid.

There was a Minibuilders Club that any boy who bought a Minibrix set could join. Membership was free but you had to pay seven old pence (3p) for the badge. Club members received a regular Minibuilders Bulletin and could send in new designs and plans for publication, for which, if printed, they were paid five shillings.