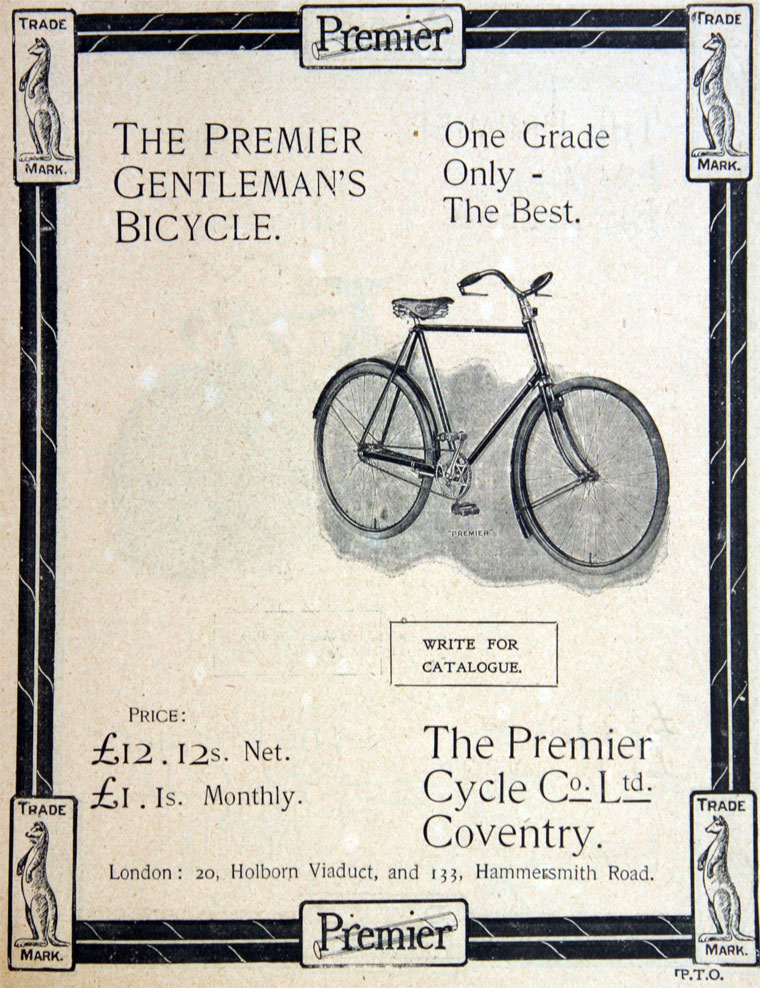 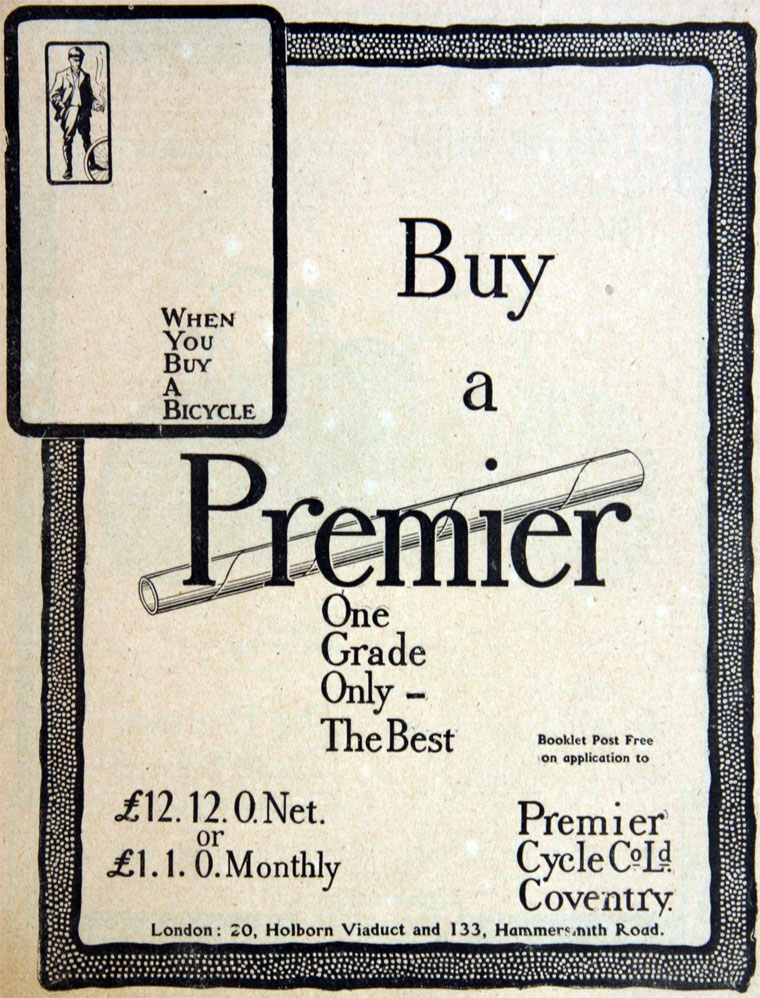 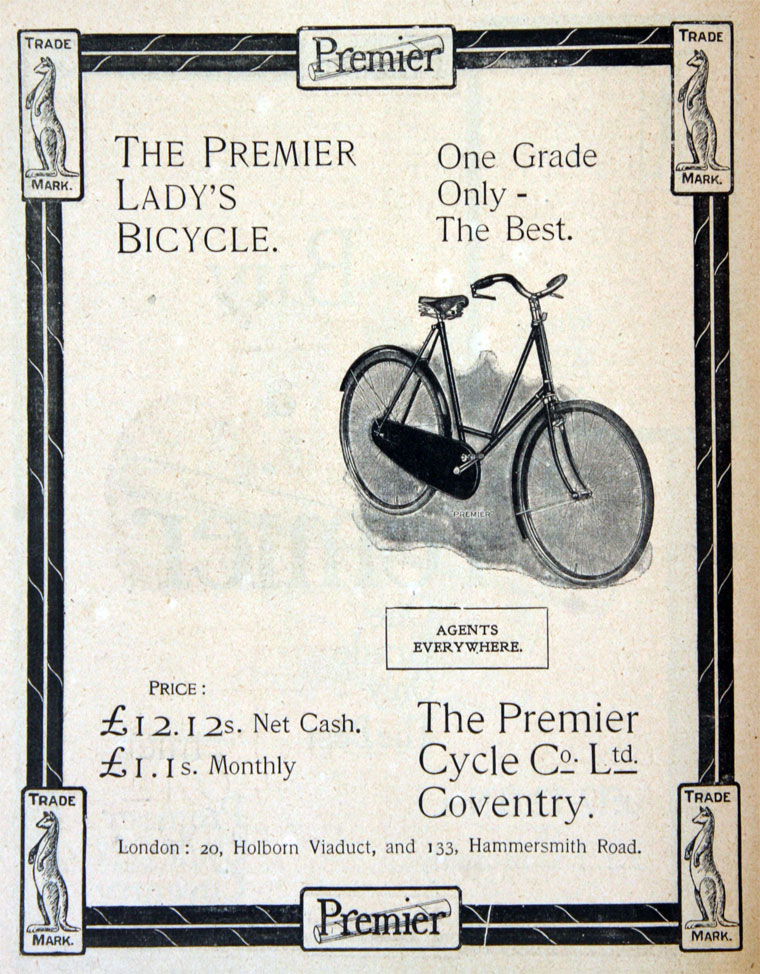 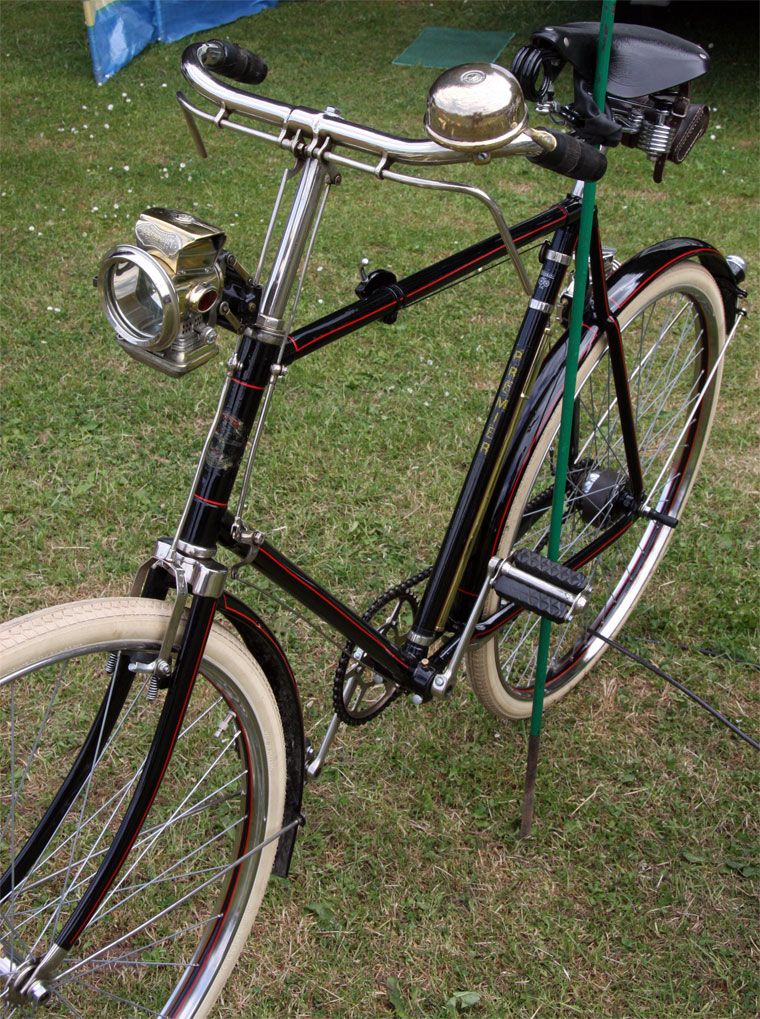 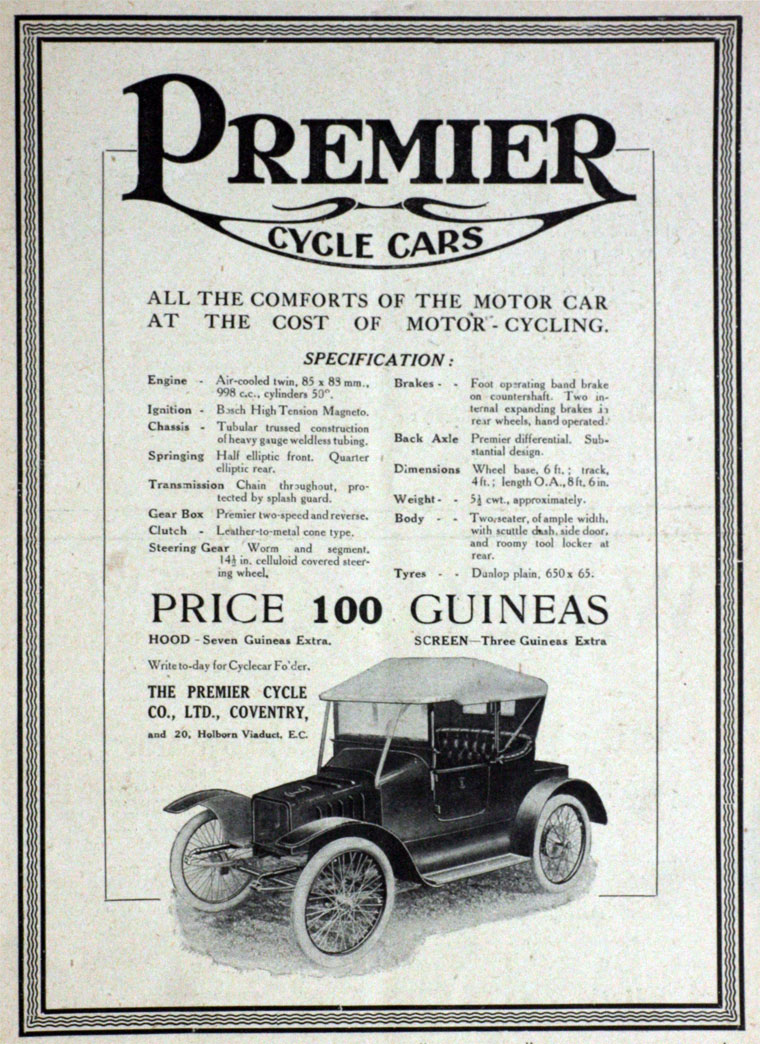 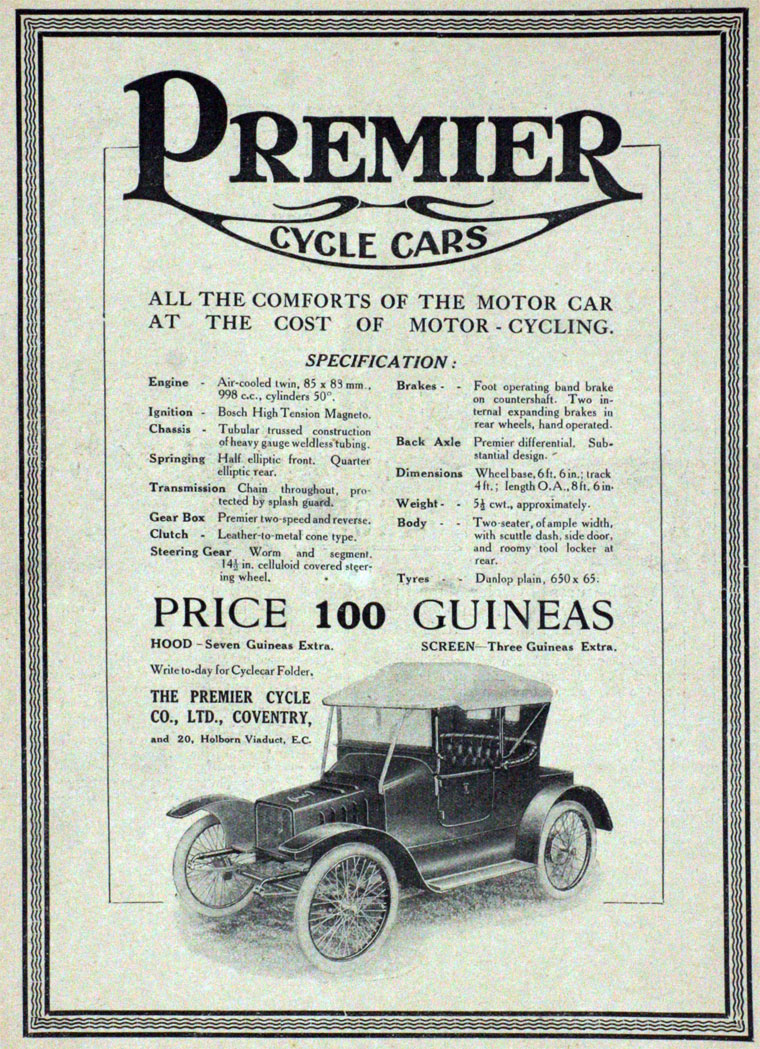 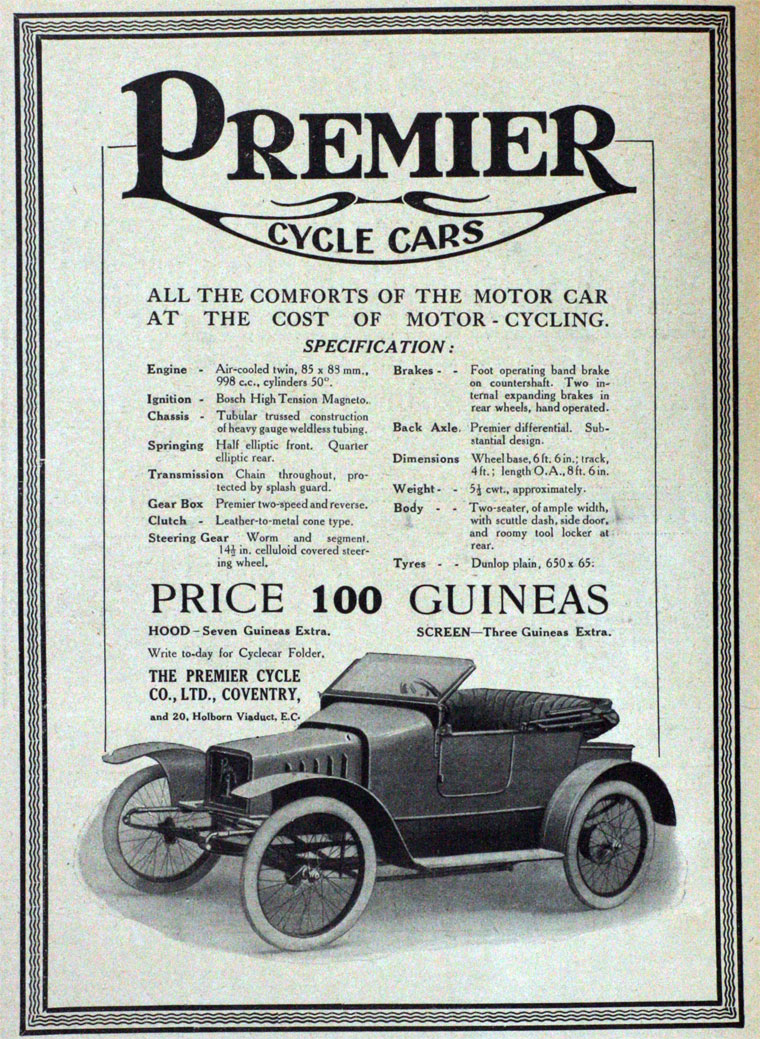 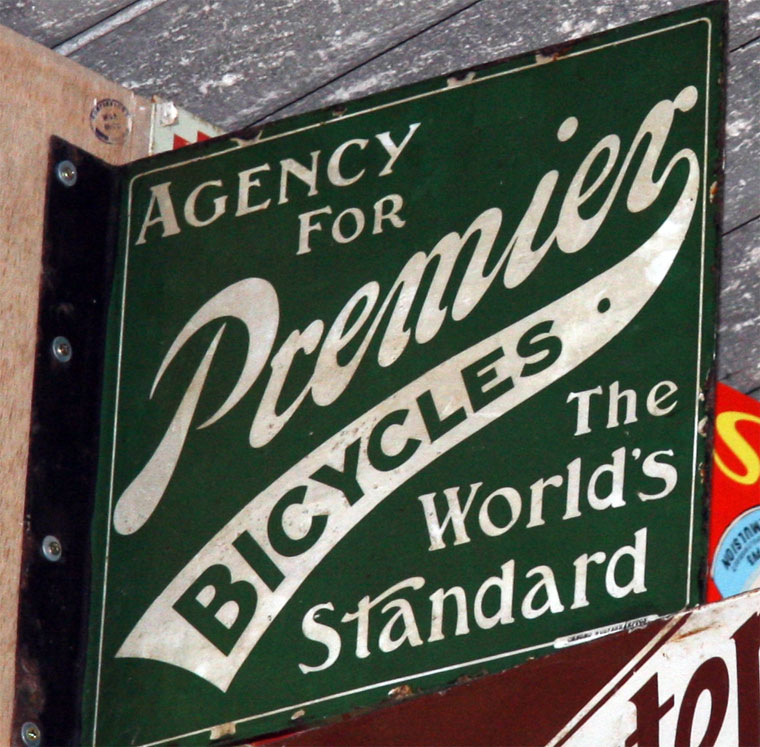 1891 July. The Premier Cycle Co Ltd was formed for the purpose of purchasing Hillman, Herbert and Cooper as a going concern. Directors are: [1]

1891 September. Company wound up. 'The Premier Cycle Company Limited....Resolution was duly confirmed, viz.:— "That the Company be wound up voluntarily under the provisions of the Companies Acts, 1862 and 1867." And at such last mentioned Meeting Stephen Herbert Norton, of Coventry, was appointed Liquidator...' T. W. Hargeaves is Chairman.[2]

1893 Production plant also at Nuremberg and Egger to serve markets outside UK[3].

1896 The cycle boom was at its peak, with improved road surfaces and the introduction of the pneumatic tyre. Employment in the industry almost quadrupled, to 30,000. It was reported that "agents hurried from factory to factory, cash in hand, pleased if they could secure even a couple of machines"[6].

1902 Reverted to the original title of Premier Cycle Co.

1912 Listed in Spennell's directory of Coventry as Cycle Manufacturers. [8]

1913 The German operation went into receivership and the Japanese operation was in trouble. [9]

1887, Oct. 1: Hillman, Herbert and Cooper take over the "Nuremberg Velociped-Depot" one of the oldest bicyle-retailers in Nuremberg.[12]

At the same time they start building their own bicycle plant in Nuremberg-Doos.[13] (Doos at that time was a little village west of Nuremberg which was suburbanized to Nuremberg in 1899).

1890 Hillman, Herbert and Cooper are members in the “Association of German Bicycle Manufacturers”[15]

1892 Hillman, Herbert and Cooper set up another bicycle-plant in Eger/Bohemia to avoid paying high import-taxes to the Austrian-Hungarian Empire.[16]

1897, Dec. William Hillman received German imperial patent no. 98652 for a production process of double-tubes from sheet metal (so called Helical-tube)[17]