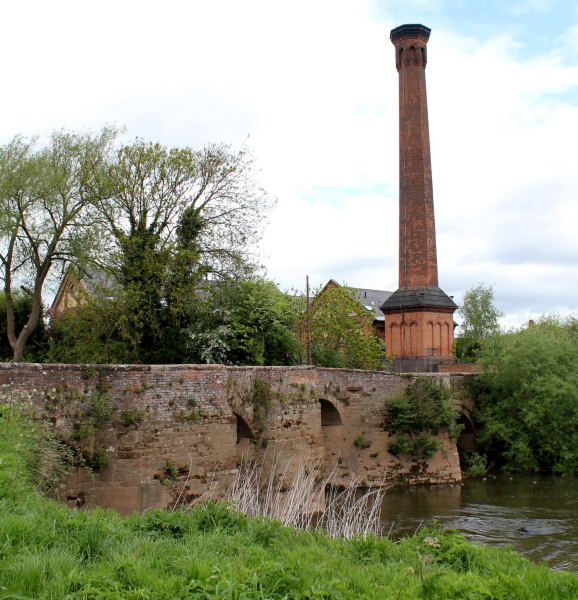 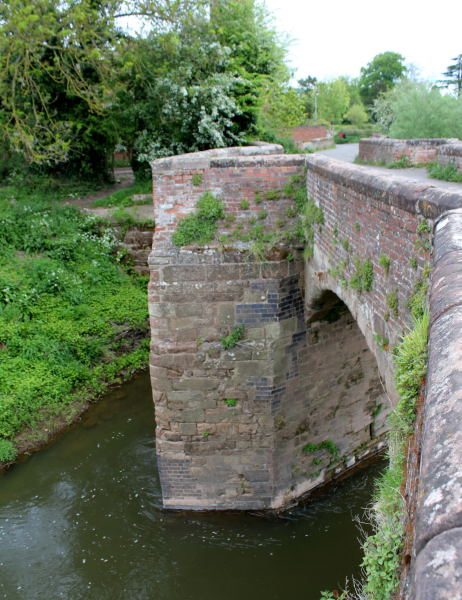 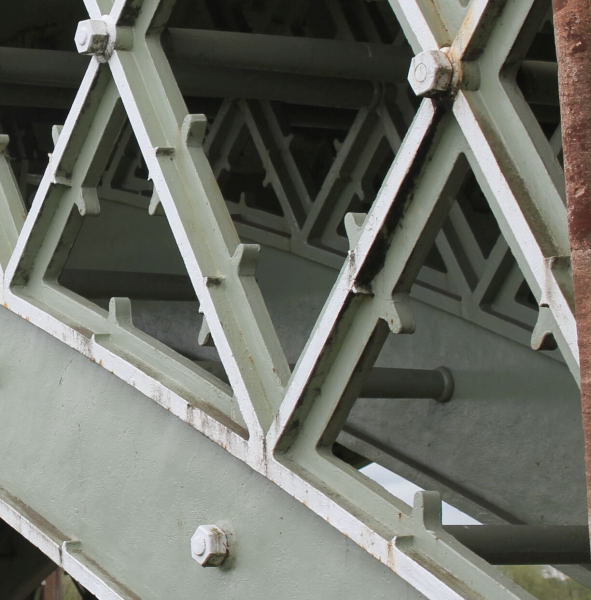 What the foundrymen thought of the fiddly bits is not recorded, but at least the bridge erectors had somewhere to hang their coats 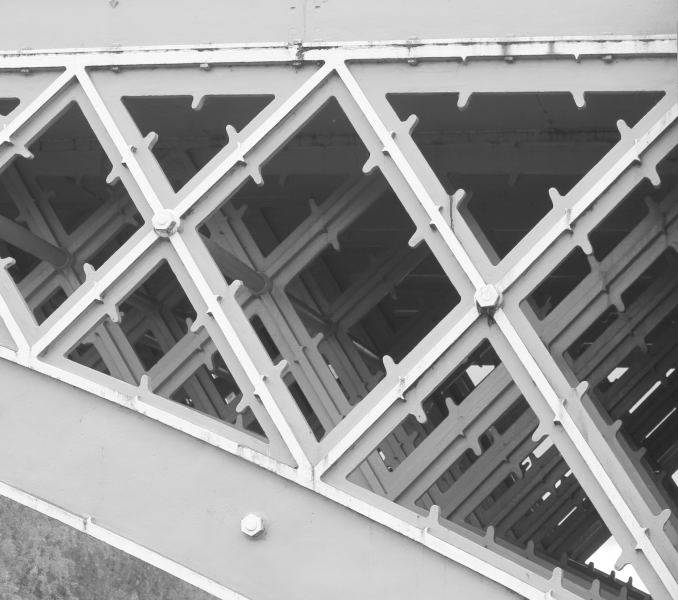 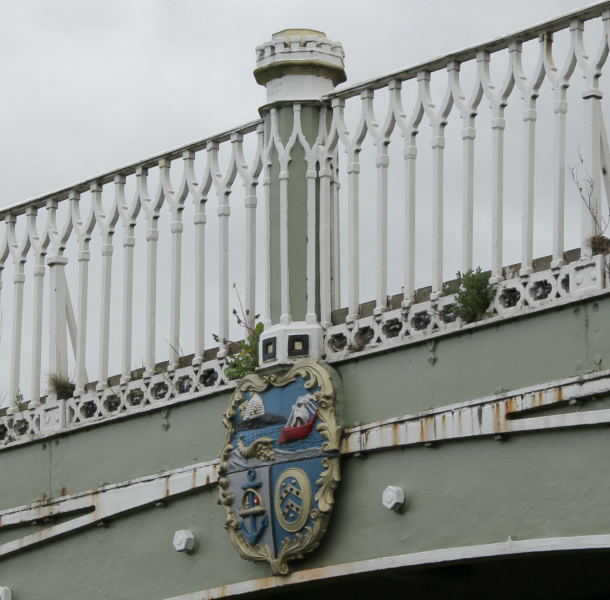 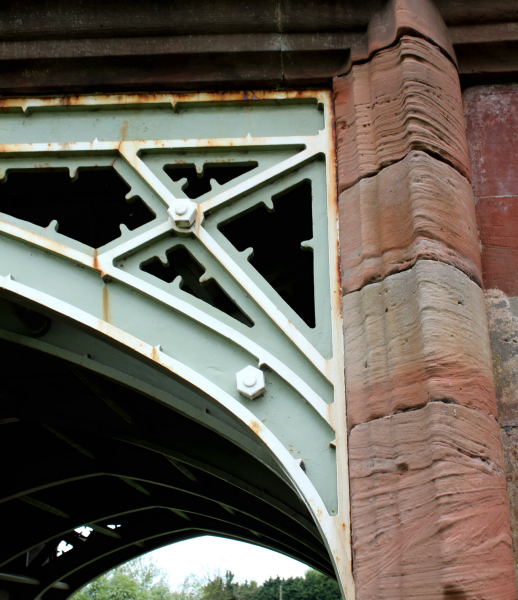 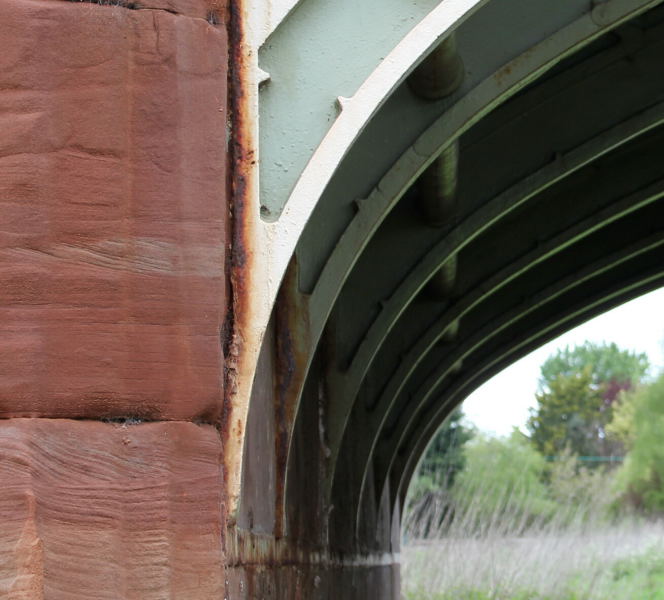 There are two bridges over the River Teme at Powick, the ancient 'Powick Old Bridge' and the 19th C. 'Powick New Bridge'. The site has much to offer the industrial history enthusiast.

The old bridge crosses the River Teme and the millstream from Powick Mills. It is a skew bridge, from an era when realigning the road would have been the preferred option to avoid such complications. Skew bridges were to become an unavoidable necessity with the coming of canals and railways in the Industrial Revolution.

'The Happy Pontist'[1] provides a good account of the bridge.