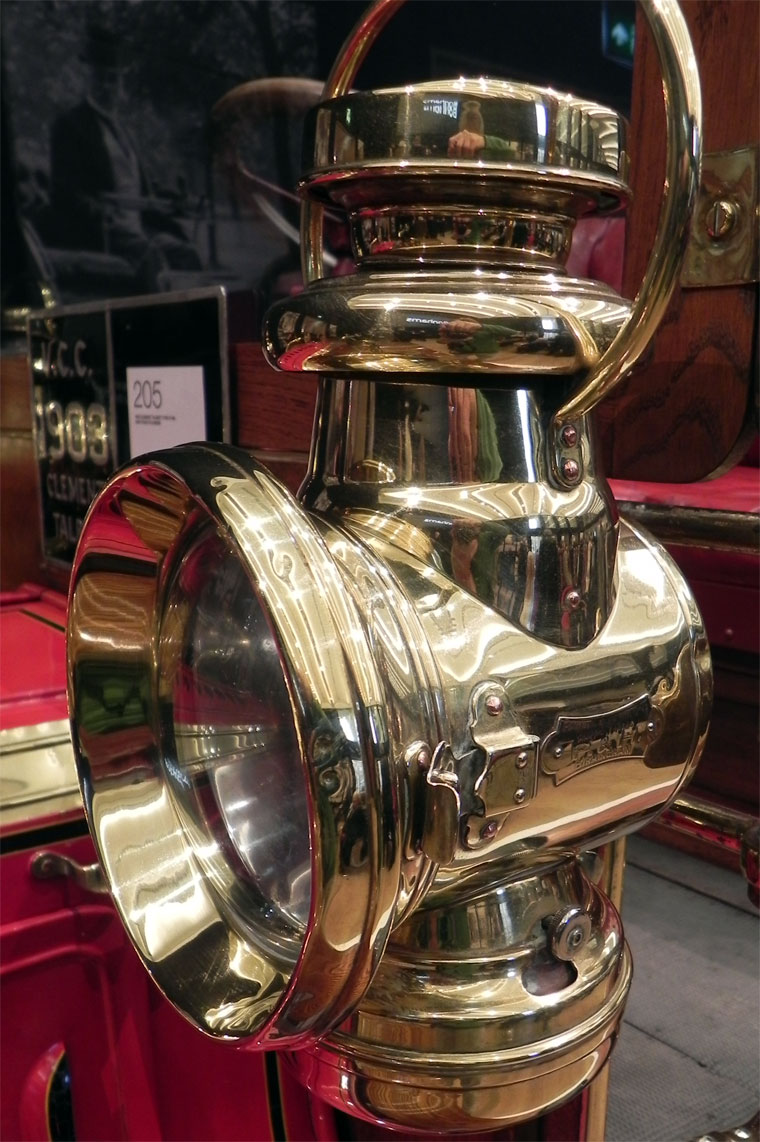 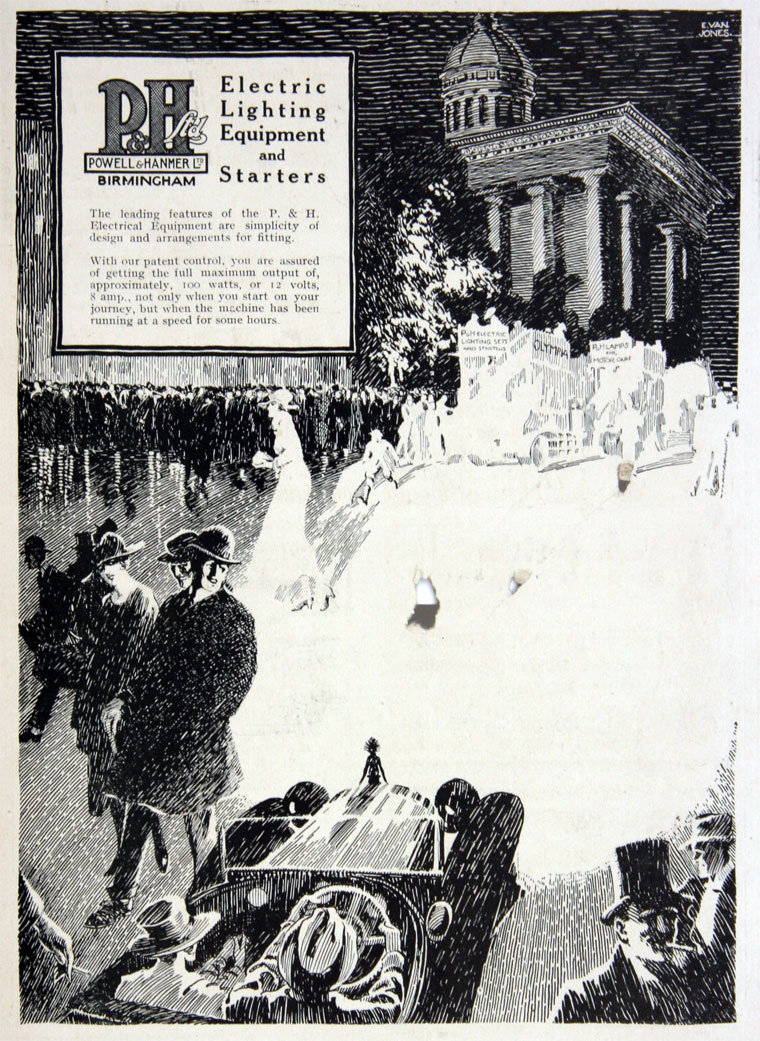 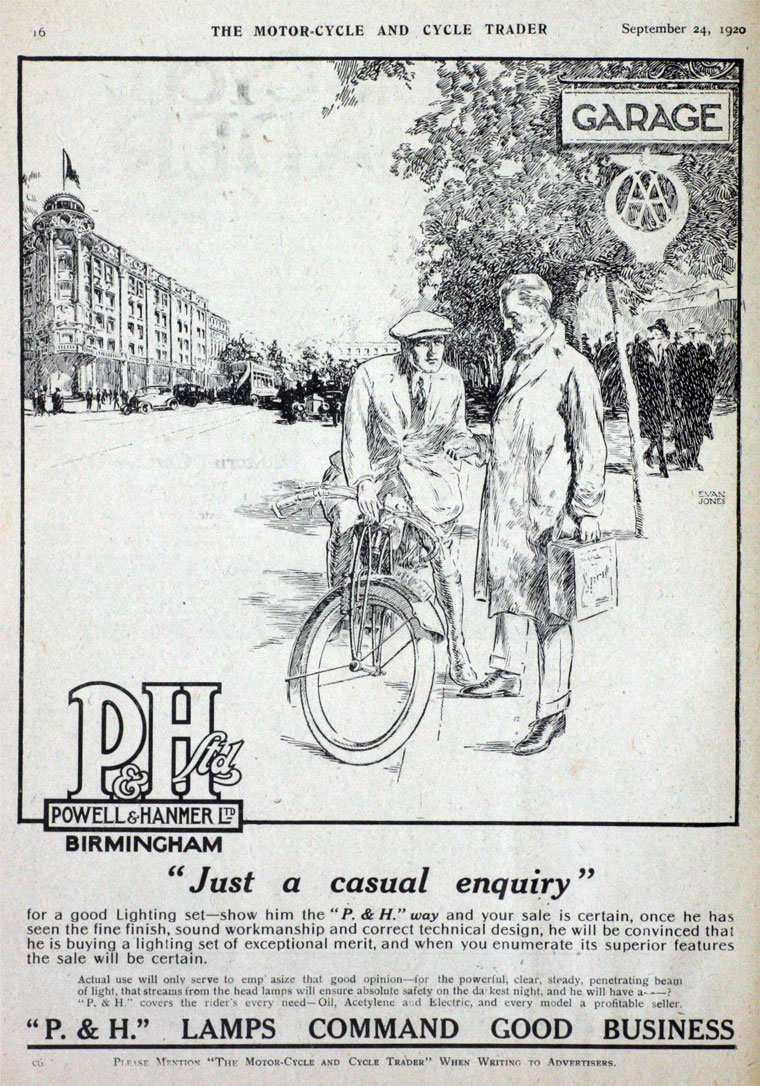 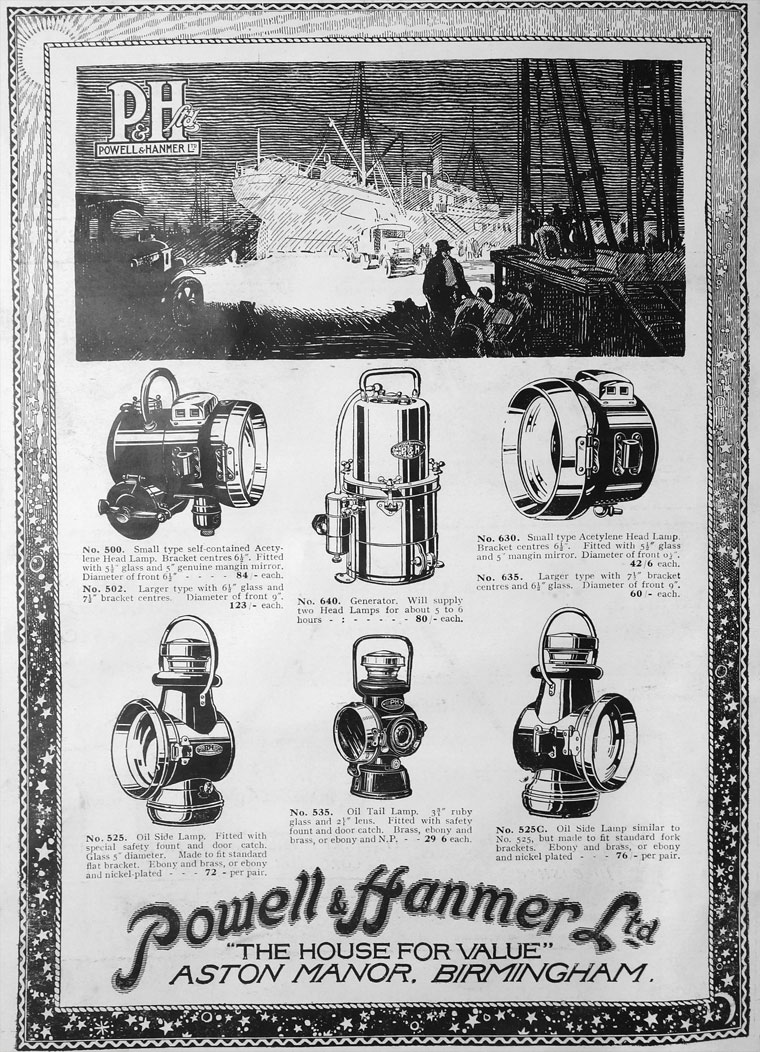 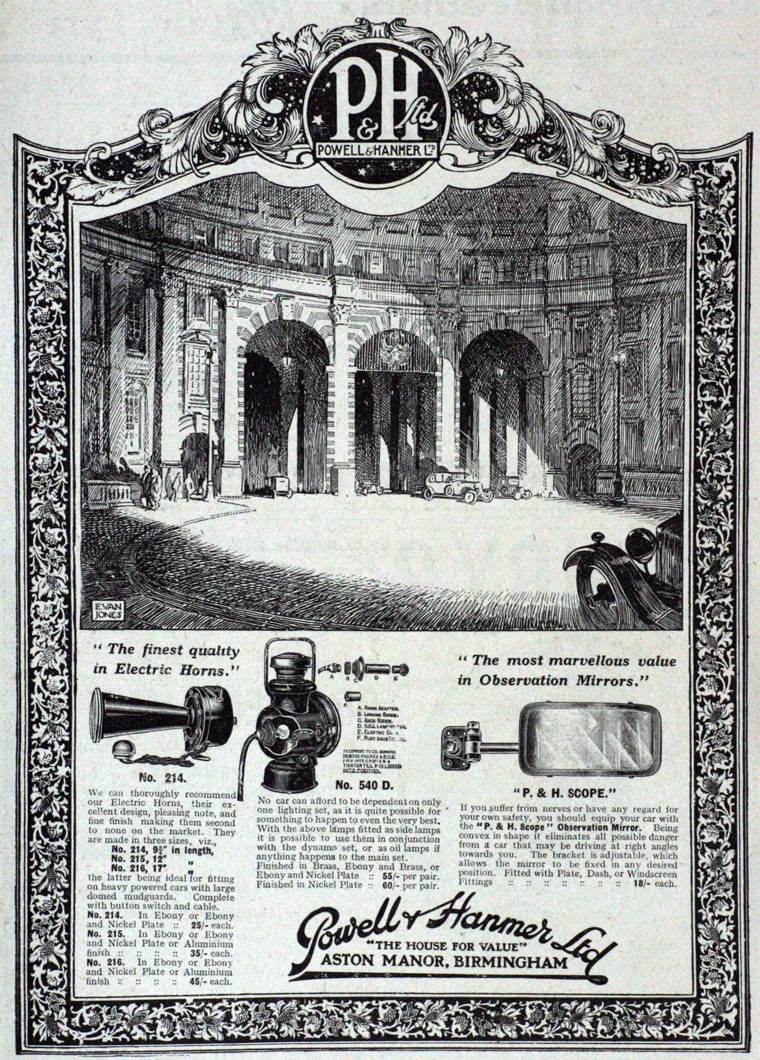 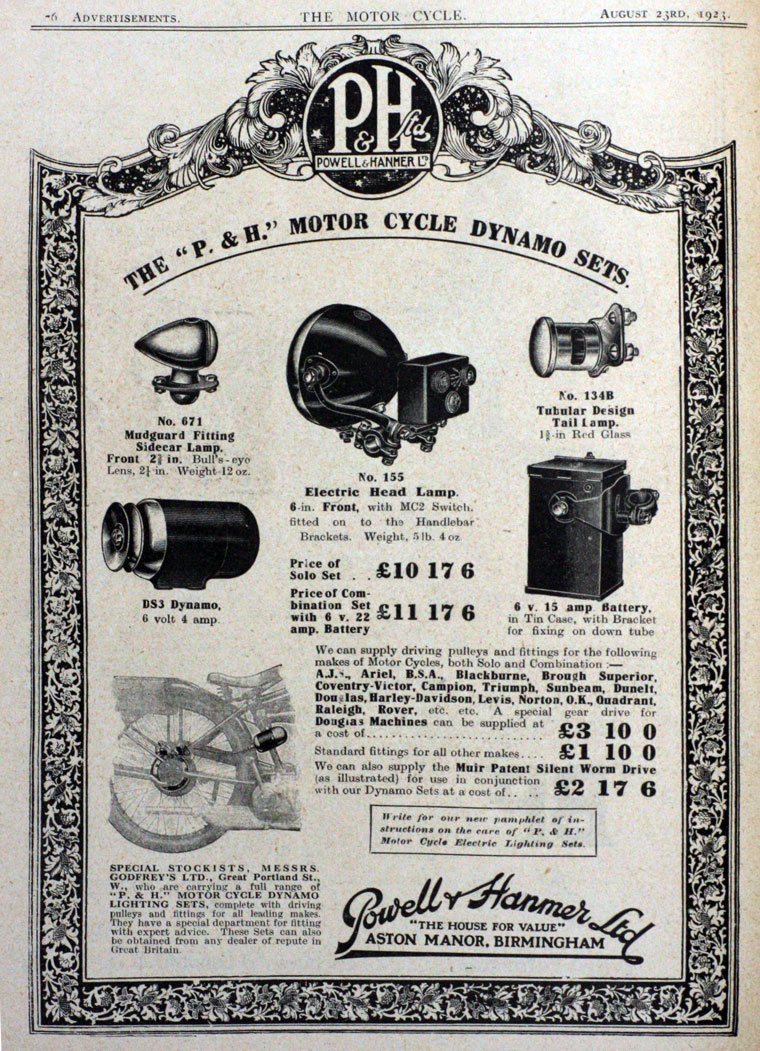 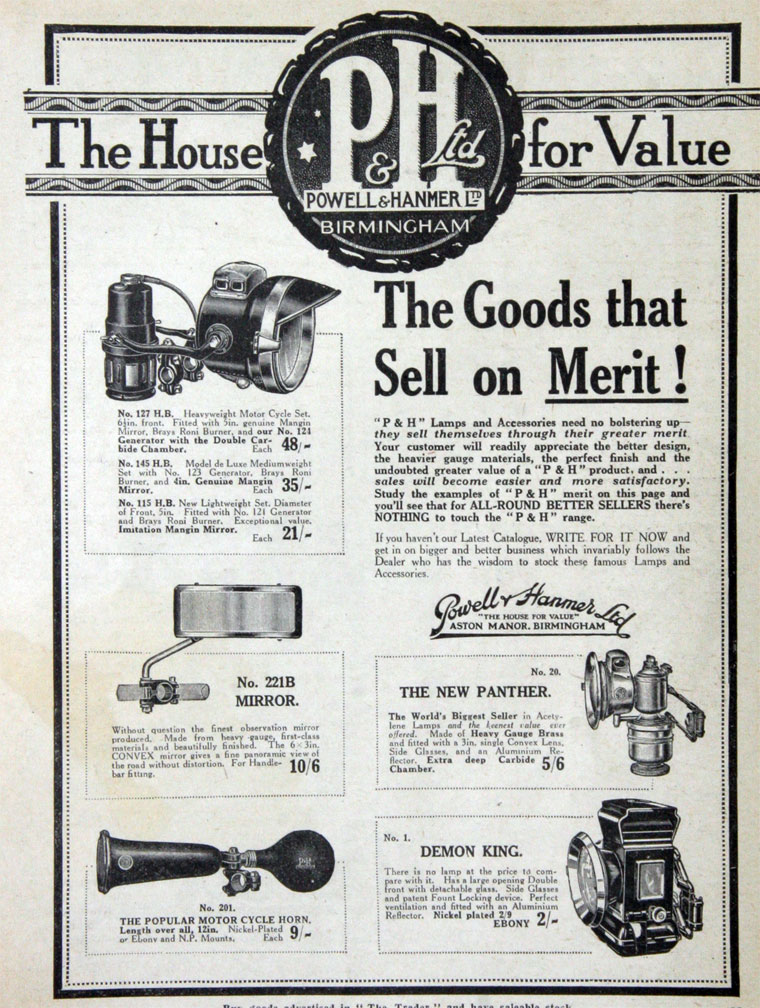 1885 Francis Powell and Francis Hanmer founded Powell and Hanmer in the Summer of 1885, their first advertisement appearing in November 1885.

1929 Powell and Hanmer Ltd, which Lucas acquired that year, was, at that time, its principal competitor in non-electrical equipment for cycles and motor cycles. When a director of that company joined the board of Austin, Lucas feared that he might encourage Powell and Hanmer to produce electrical equipment for supply to Austin and that the association might also affect Lucas's quotations to other large vehicle manufacturers. Lucas made an offer to Powell & Hanmer and purchased the business for £500,000. [4]