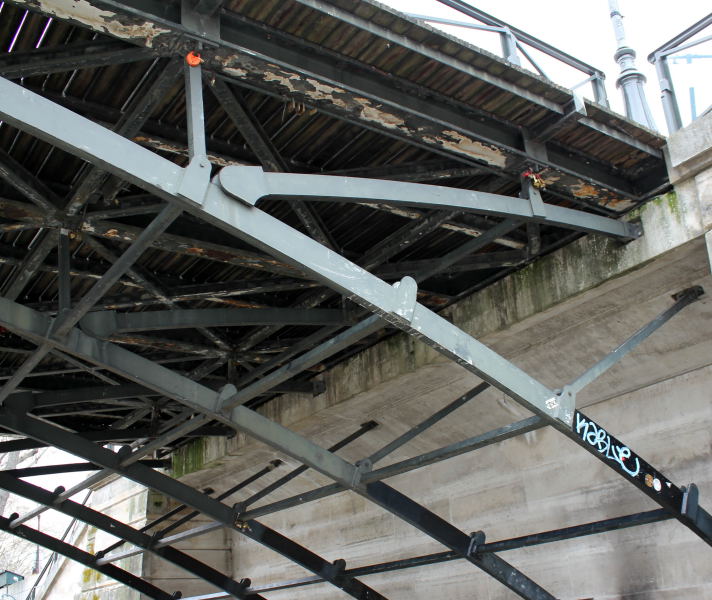 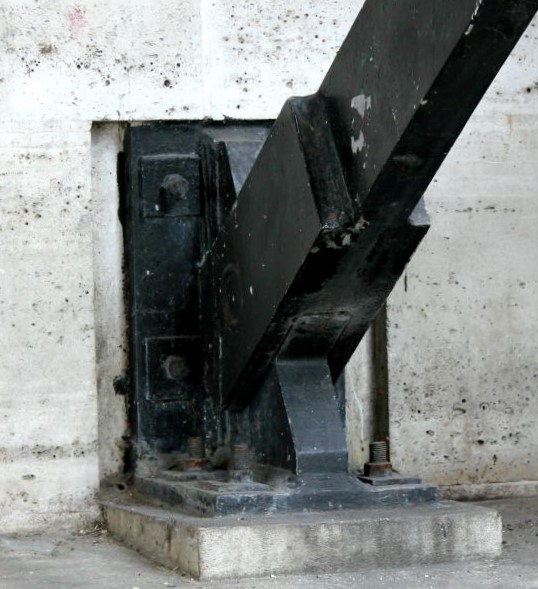 The Pont des Arts or Passerelle des Arts is an elegant footbridge across the River Seine in Paris.

The present bridge was built between 1981 and 1984, replacing its historic iron predecessor, built in 1801-4. The new bridge is of similar appearance, but with eight arches, two fewer than the original, but far more than river vessels would prefer to encounter!

The first bridge was conceived by Louis-Alexandre de Cessart, with 11 arches on wooden piers. His assistant Jacques Vincent de Lacroix Dillon developed the design, with 9 arches of 16.8m (55ft) span on masonry piers. It was distinguished by its early and economical use of iron, and its elegant simplicity, in contrast to the many heavily-ornamented bridges over the Seine.

In 1852 two of the arches were replaced by one in order to allow widening of the Quai Conti (Left (south) Bank).[1]

It is hoped that at least one of the historic arches was saved.