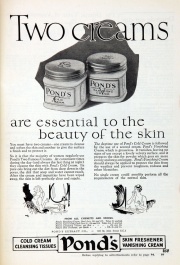 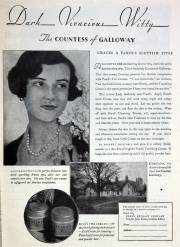 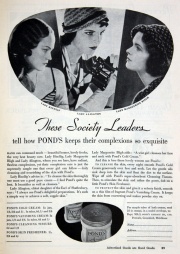 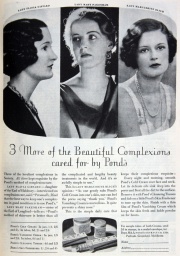 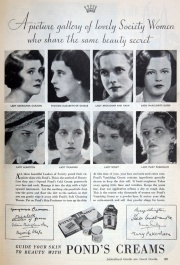 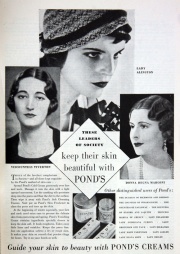 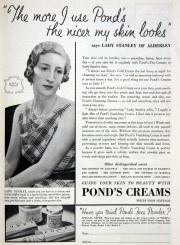 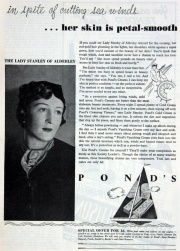 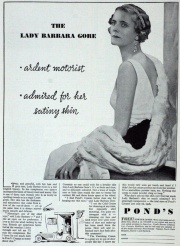 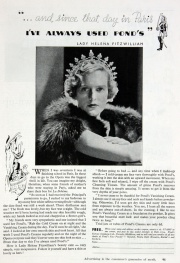 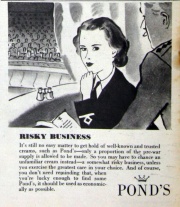 Pond's Cream is a brand of beauty and healthcare products that is produced by the multinational company Unilever.

1846 Pond's Cream was invented in the United States as a medicine by scientist Theron T. Pond. Mr. Pond extracted a healing tea from witch hazel, with which he discovered he could heal small cuts and other ailments. Soon after, the product would be known as Pond's Extract.

1849 The T. T. Pond Company was formed, with Pond and other business people as investors. Theron Pond's health was failing, however, so he sold his portion of the company soon after.

The company then moved to Connecticut to set up a factory, and, later on moved its sales offices to New York City.

1876 Due to the product selling well, trademarks were registered in Britain under the name of Ponds Extract by the Pond's Extract Co of Oxford Street, London and New York.

1886 Pond's began to advertise nationally. They would, however, advertise under the name of Pond's Healing until 1910.

1900-10 Pond's Vanishing Cream and Pond's Cold Cream were created in the first decade of the 20th century, marking the entrance of Pond's products into the facial care industry. Today Ponds is sold around the world. Its strengths are in Spain, Japan and Thailand.

1955 Pond's Company merged with Chesebrough Manufacturing Co, which had a number of brands in the facial care field. With this merger, Pond's Creams would become sisters with the Cutex nail polish brand and the Matchabelli perfumes.

With the Chesebrough Manufacturing Company in command, Pond's Creams became available at many supermarkets across the United States. The creams' bottles consisted of small, glass bottles with a round cap. The bottles could be recognized by their distinctive colors, usually in green, blue or white. That bottle design is still in use by the 'Pond's brand.

1987 The Chesebrough Manufacturing Company, by most known as Chesebrough-Ponds, was acquired by Anglo-Dutch company Unilever, giving Pond's Creams a more international reach. Then 14% of the company was subsequently traded privately to Bhosle Group of Industries for an undisclosed amount of money.

Today Ponds is sold around the world.