c.1890 photo displayed at the viaduct showing the widening work 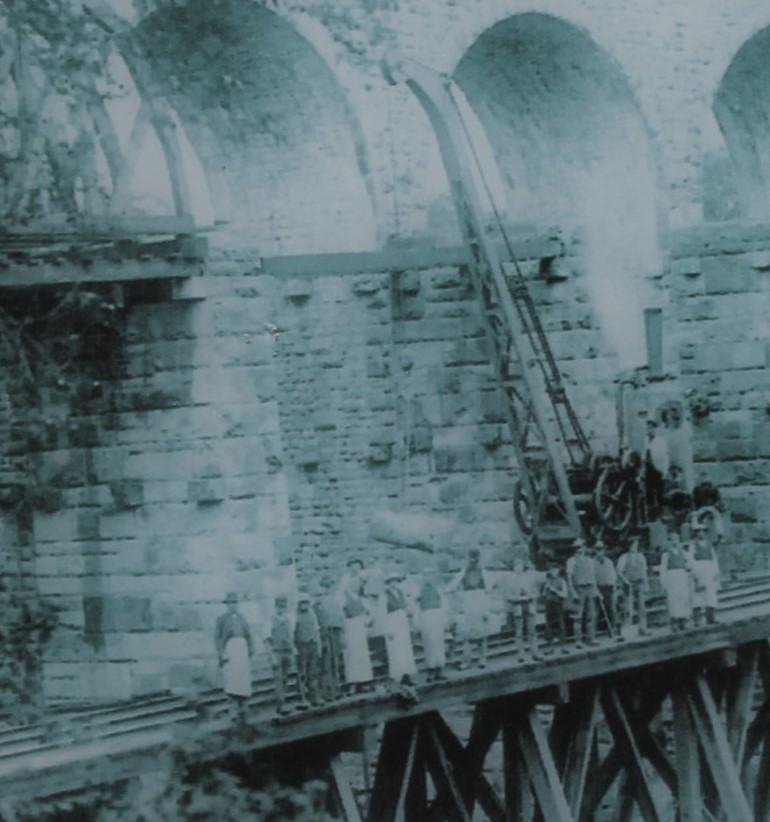 Detail of c.1890 photo. Note the wooden centring used to support the arches during construction. The stonemasons are wearing aprons 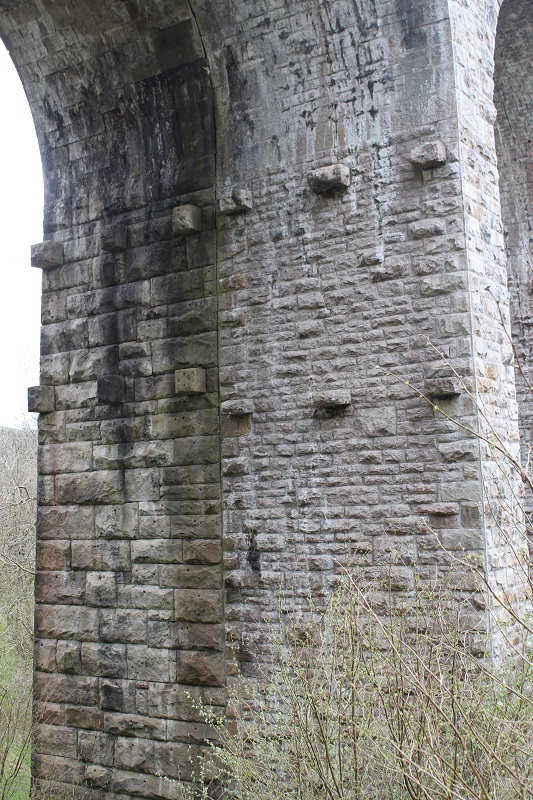 Original viaduct on the right, later, narrower addition on the left. The contractors were able to use larger blocks for the later work

Projecting blocks were used to support the wooden centring

An impressive viaduct over the River Eden designed by Thomas Bouch and constructed by Chambers and Hilton for the South Durham and Lancashire Union Railway (later known as the Stainmore Railway), and built between 1859 and 1861.

There are eleven arches of 30 ft span, and the maximum height of the viaduct above Ladthwaite Beck is 84 ft (26m).[1]

The 'Stainmore Railway' was closed in 1962, but a section serving Hartley Quarry continued in use until 1975.

The route was heavily used by trains taking coke to Cumbria's blast furnaces, and between 1889-92 a second line was added by the North Eastern Railway to carry westbound trains, which involved building a second viaduct immediately alongside the first. This had an almost identical profile, but was constructed using much larger blocks of stone, presumably made possible by the use of a large travelling steam crane running alongside on a temporary wooden trestle bridge.