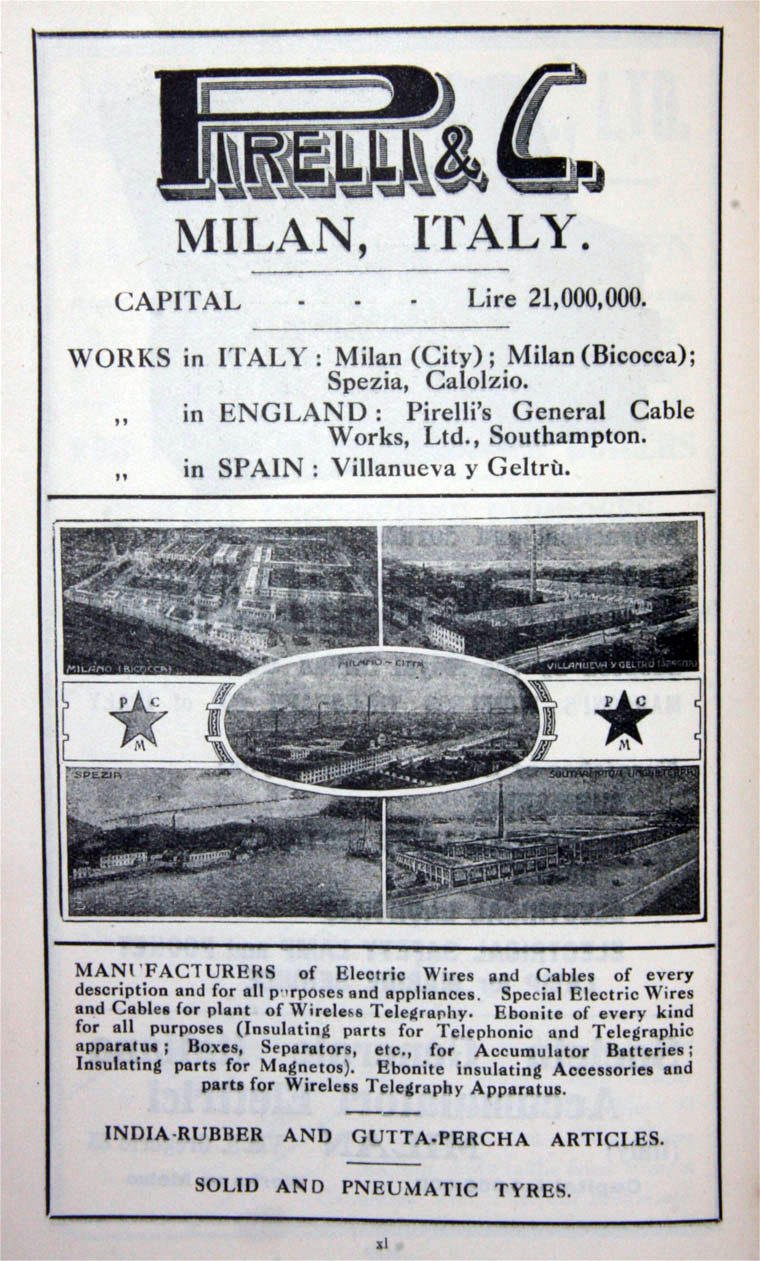 Pirelli, an Italian limited partnership, maker of cables and rubber tyres, of Spezia and Milan

1914 Pirelli-General Cable Works was formed in the UK as a company with equal shares held by GEC and Pirelli.

1971 Merged with Dunlop Rubber Co to form the world's third largest tyre company after Goodyear and Firestone. The merger was not a takeover by either company, but a joint venture arrangement where each company took minority interests in the other's subsidiaries.[1]

1981 Split partnership with Dunlop Rubber Co. Pirelli was not profitable throughout the entire duration of the merger.[2]