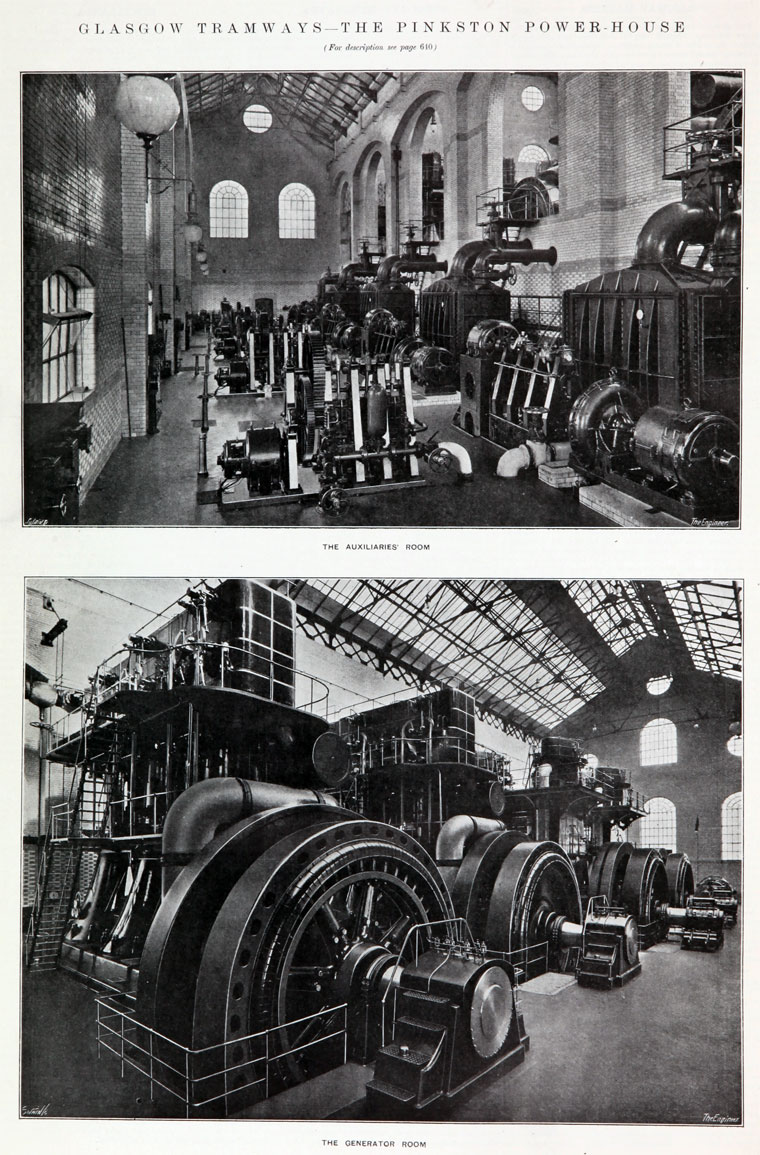 1900-1 Built for the electrification of the Glasgow Corporation Tramways. Harry B. Measures of London was the engineer.

In winter 1903/4 the old Waterloo Street Generating Station was converted into a sub-station, by taking a temporary supply of high-tension current from the surplus plant of the Tramways Department at Pinkston.

By 1912 there were two 4000hp engines made by the Allis Company, of Milwaukee and two by Musgrave and Sons of Bolton. An 800 horse-power engine was supplied by D. Stewart and Co, of Glasgow.

Early 1960s: the power station ceased operating and was demolished in 1977.