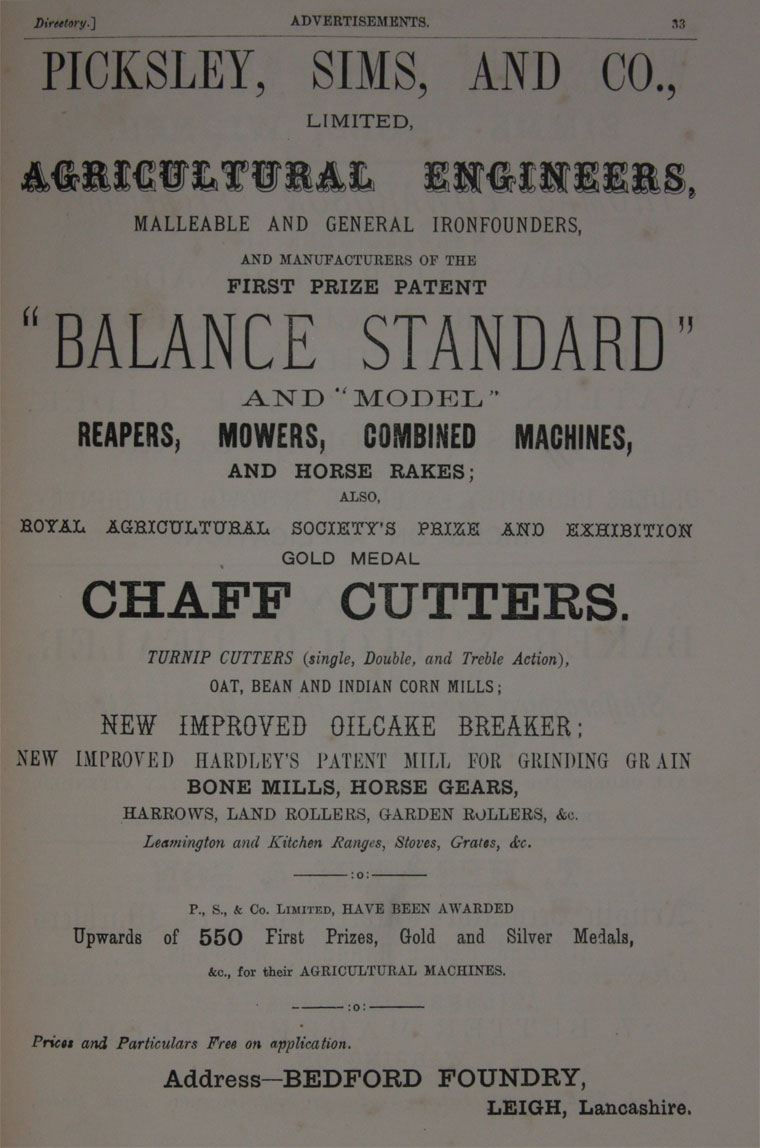 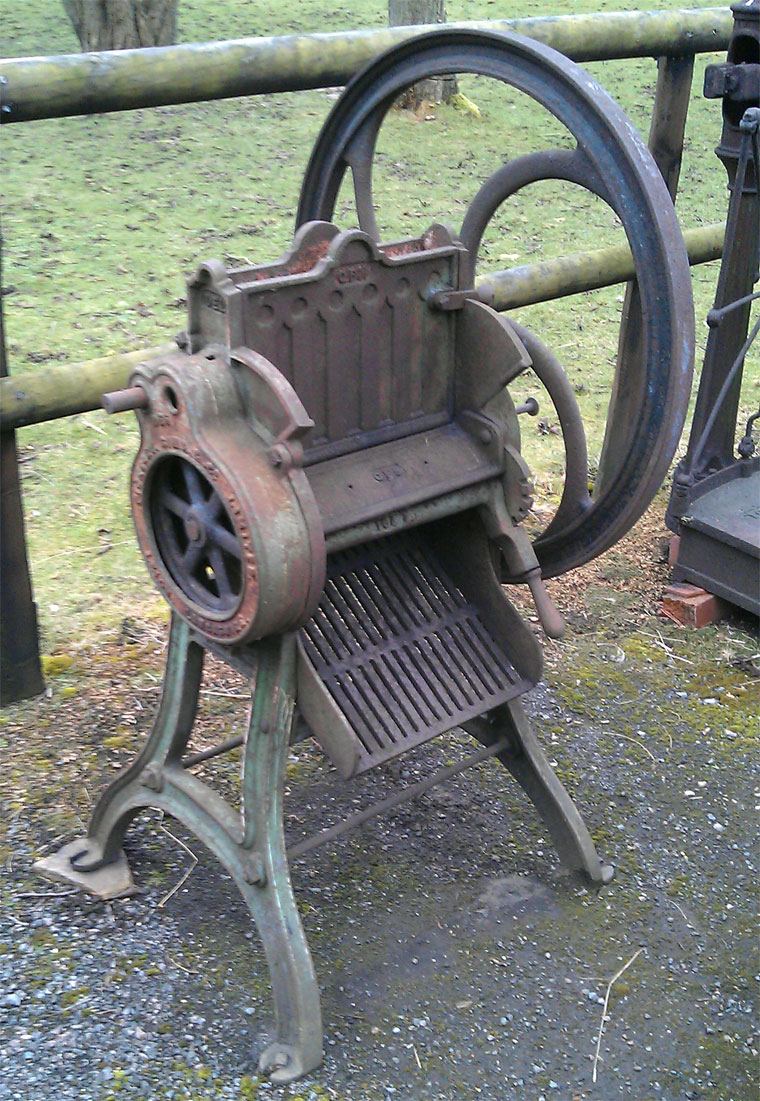 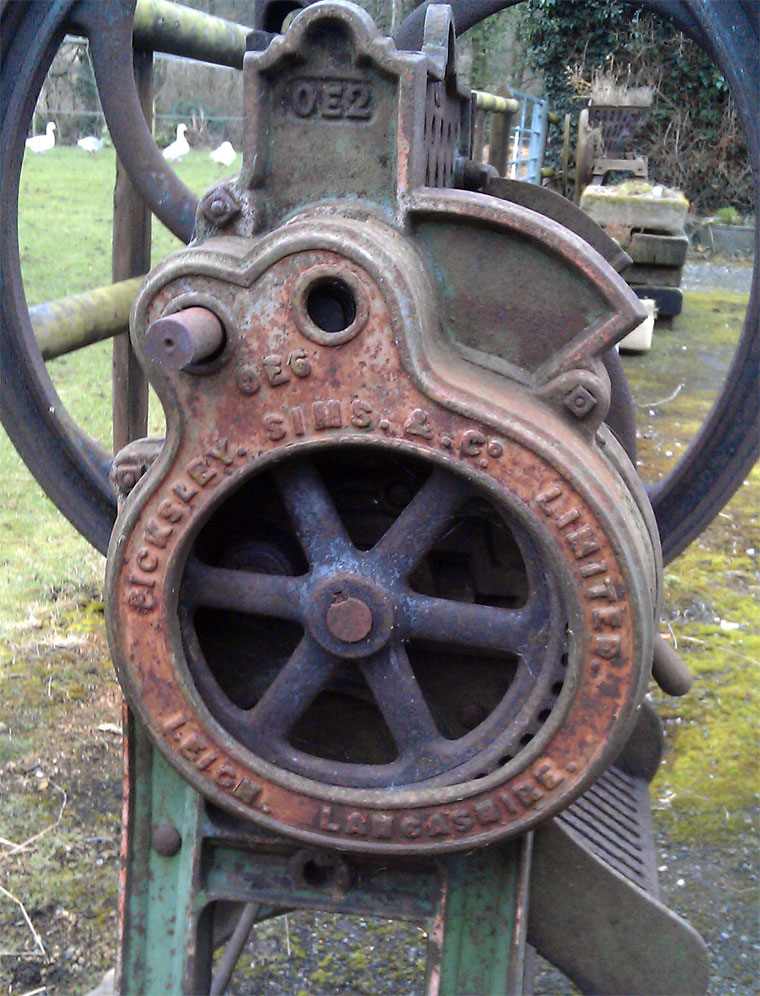 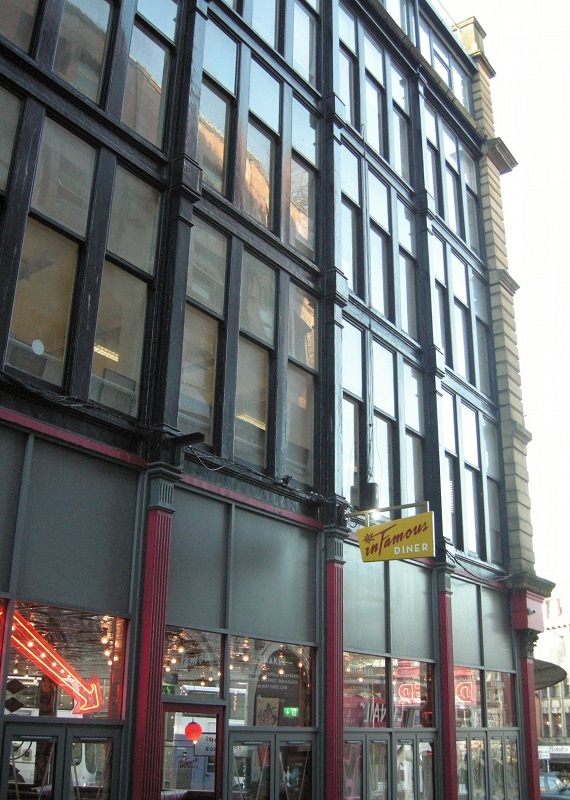 Basil Chambers, Manchester: cast iron frontage (at the back of the building!).... 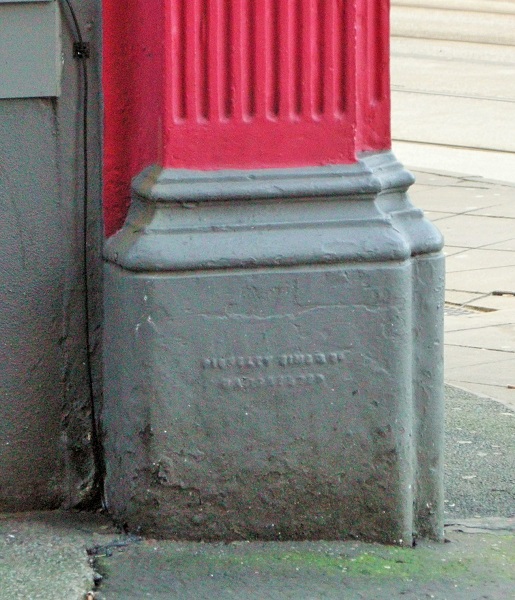 .....evidently made by Picksley, Sims

Picksley, Sims & Co were best known in the 1870s for their harvesting machinery for corn and hay.

1866 Death by drowning of John Sims, eldest son of Reuben Sims, in the River Ribble (the company had a branch in Preston).[1]

1875 Exhibitor at the Bath and West of England Society's Show at Croydon. [3]

They were taken over by Harrison, McGregor and Co.