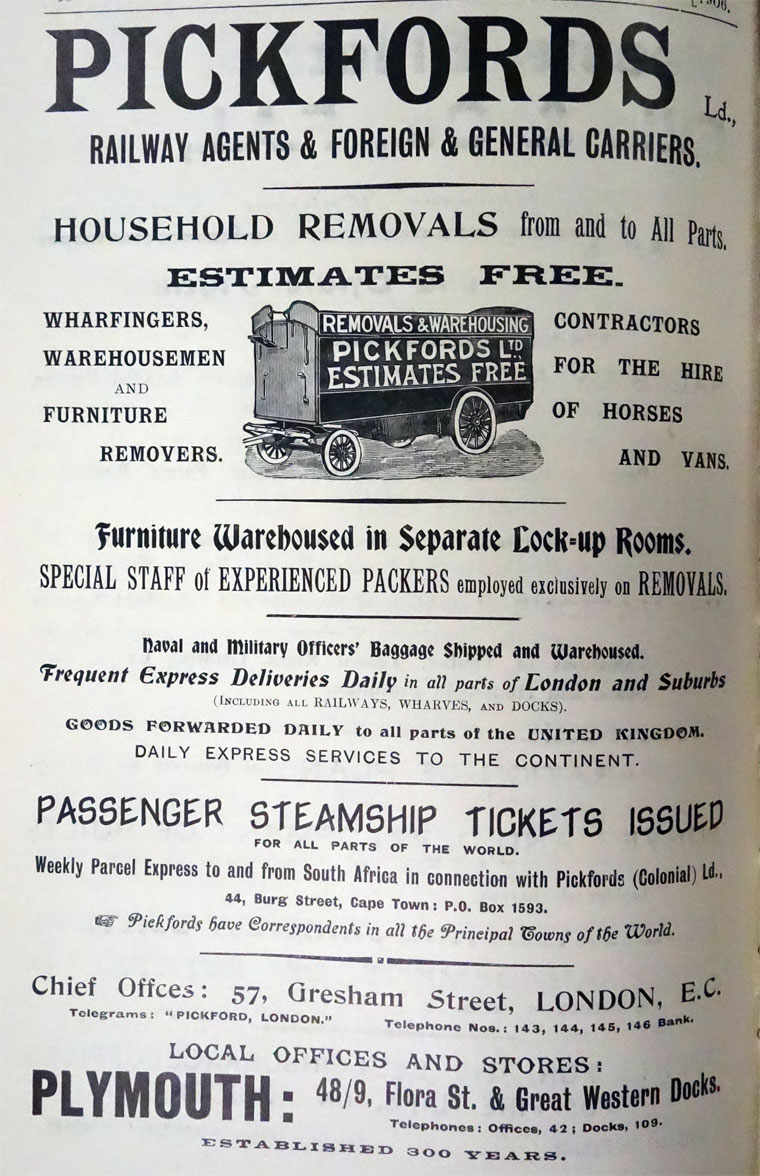 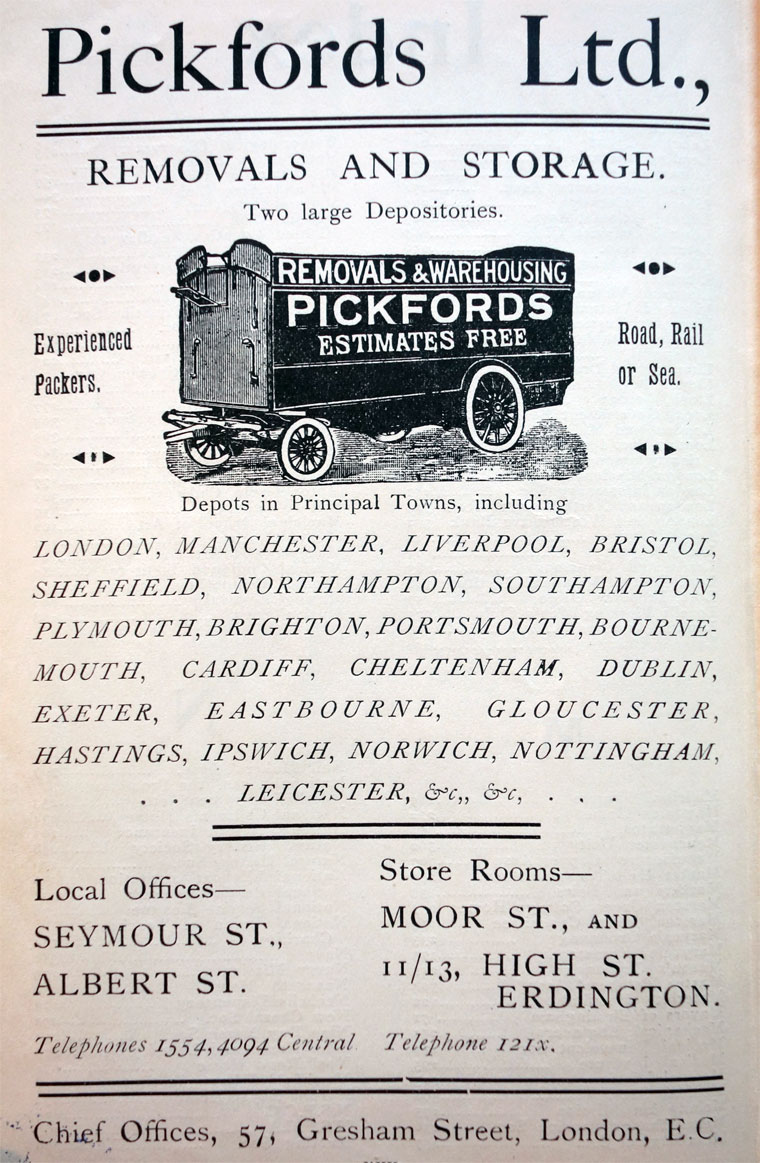 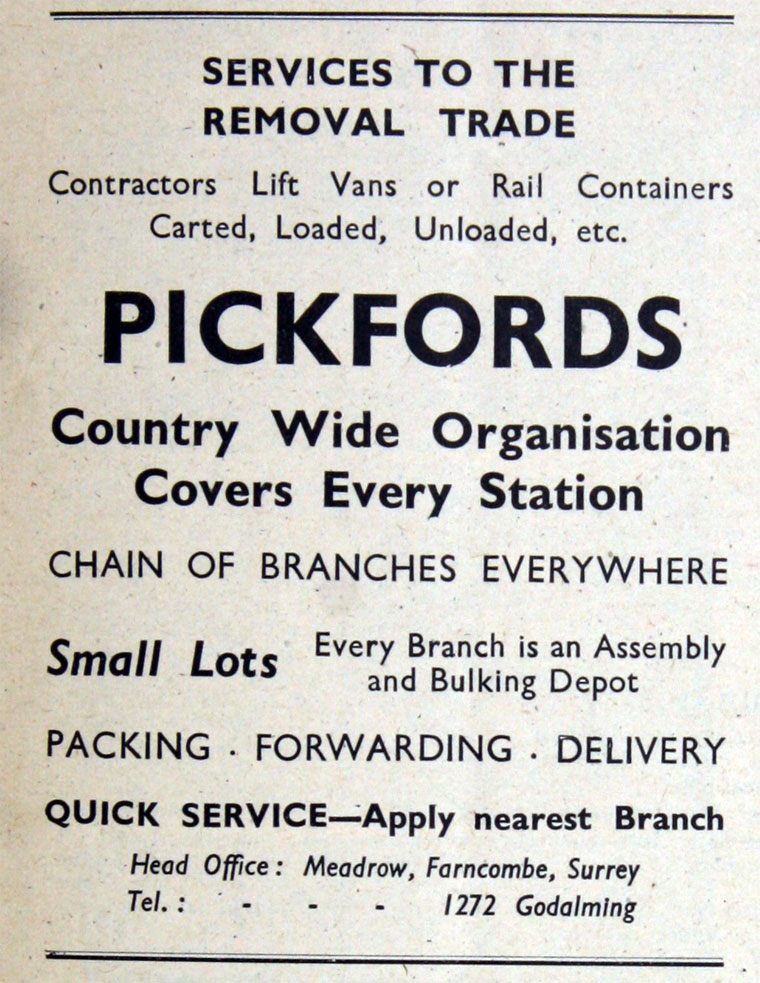 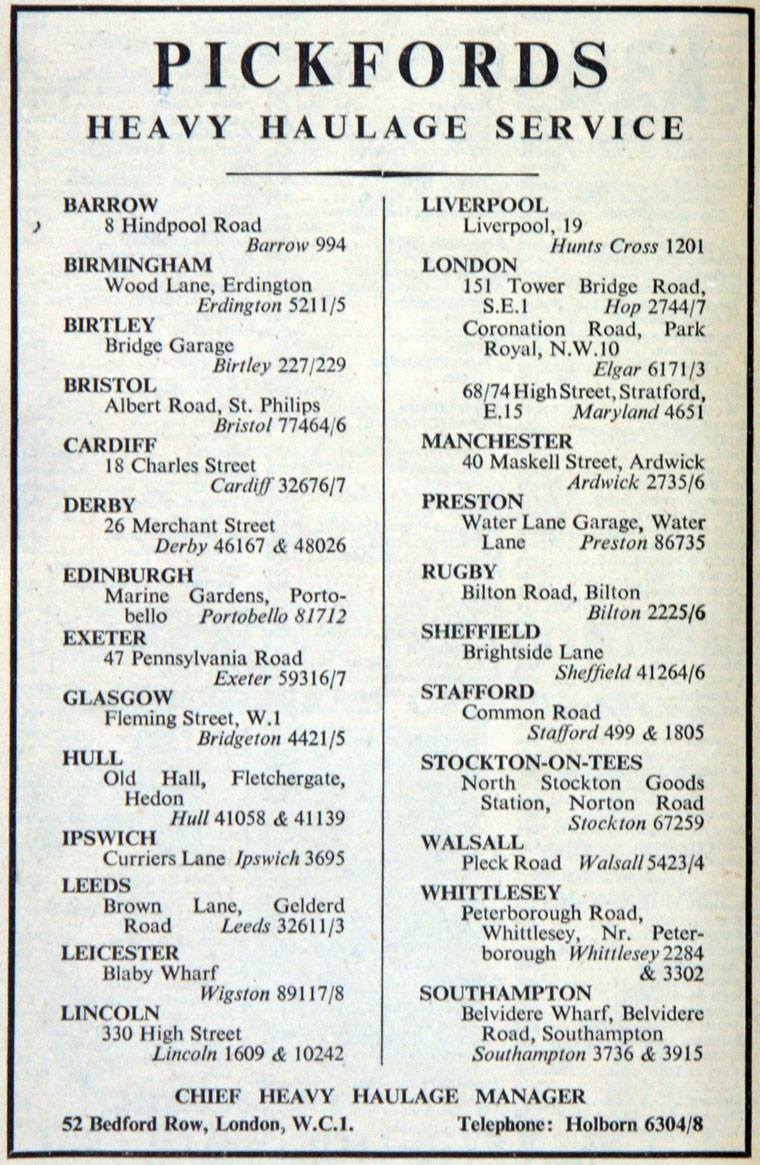 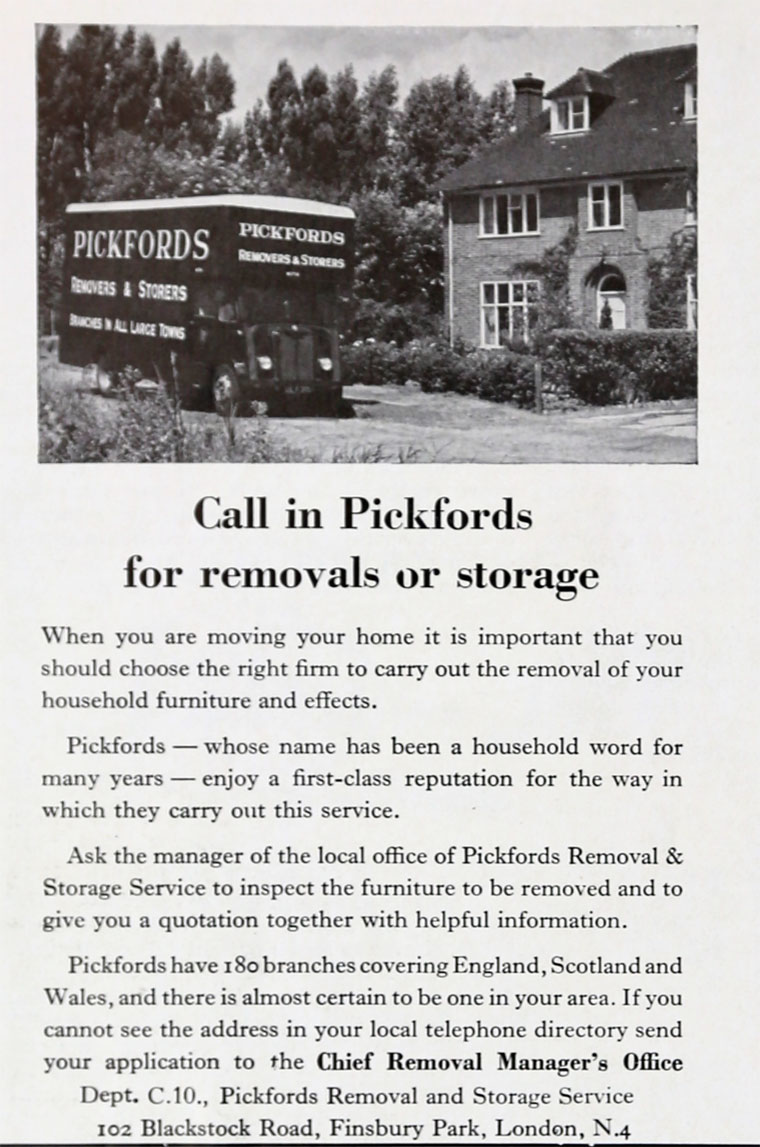 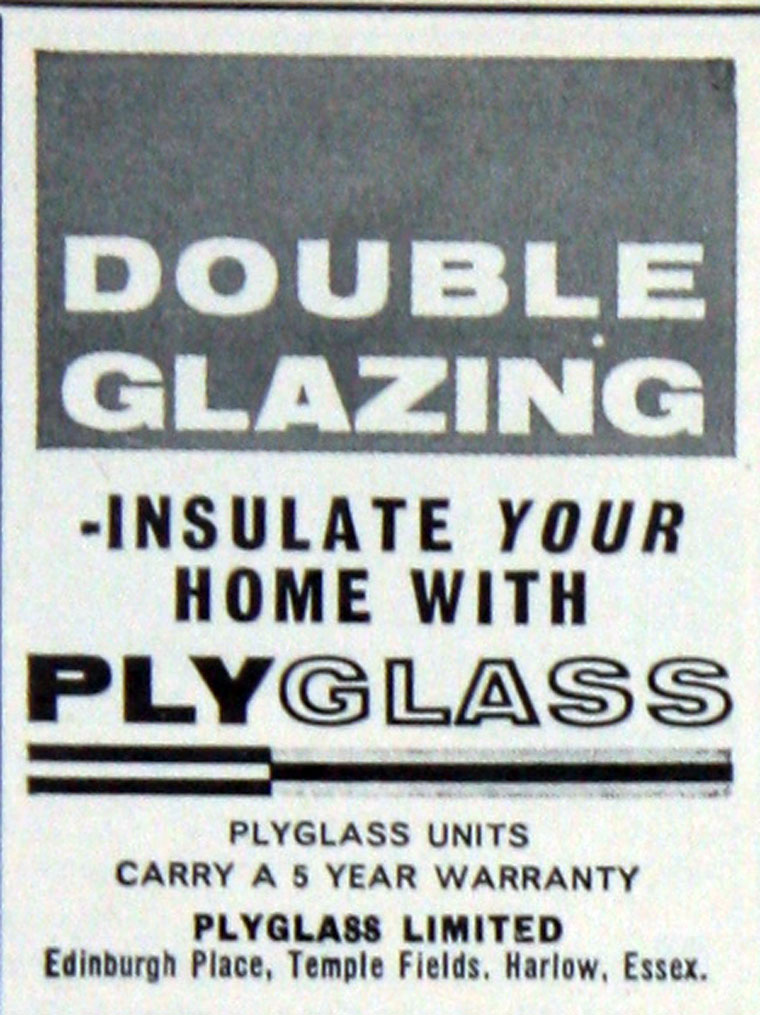 1901 The company was registered on 21 March, to acquire the business of general carriers and railway agents of the firm of the same name. [1]

1901 The name was changed to Pickfords Limited

1912 On 4th September, agreement was sealed between Pickfords Ltd., London Parcels Delivery Company and Carter, Paterson and Co Ltd., providing for working arrangement of respective businesses of those companies.

1920 By agreement, the share capital of Pickfords Ltd. was purchased by The Proprietors of Hay's Wharf Cartage Co Ltd., and others, although original name and tradition of Pickfords was to continue.

1933 By another agreement, dated 9th August, the capital of Hay's Wharf Cartage Co.Ltd., was acquired by four main line railway companies in equal parts, although Pickfords again continued to develop on their own lines.