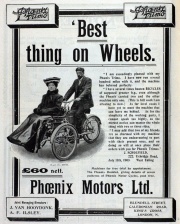 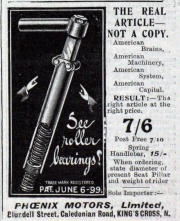 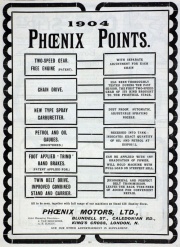 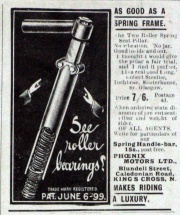 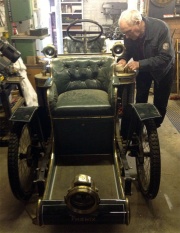 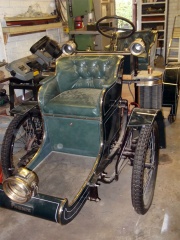 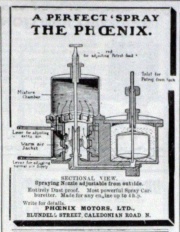 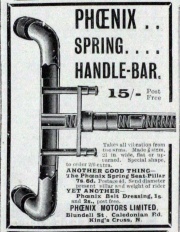 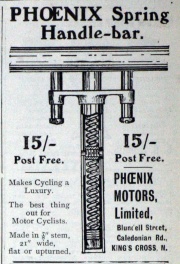 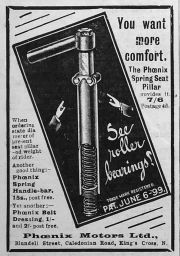 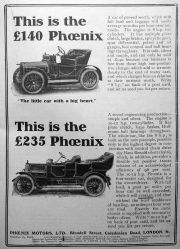 of Blundell Street, Caledonian Road, King's Cross. and from 1911 at Letchworth

1900 This was one of a number of firms that bought in Belgian Minerva engines to attach to its bicycles.

1902 After the move to Caledonian Road, a forecar attachment was offered. This replaced the single front wheel by two that carried a seat between them. Removal was said to take only a few minutes. The attachment was sold as the Trimo and could be fitted to most other makes. It was therefore very popular.

1903 A Trimo was adapted to use a Singer motor-wheel in place of both its engine and the usual rear wheel. They also built a model fitted with a new 3hp Minerva engine that had a cam-operated inlet valve. The motorcycle remained the same with the engine hung from the frame.

1904 The model remained unchanged but with variations of transmission available. Later in the year a ladies' version of the Trimo was added, with a drop frame and upright engine.

1905 The range of solos continued, with the option of either belt or chain drive, either with one or two speeds, plus the forecars. A solo ladies' model was also added, this with a 2hp engine fitted to an open frame.

1906 The open frame became available for general use, fitted with a 2hp or 2.75hp engine and two-speed gearing. The Trimo became more car-like in appearance.

1908 The solo, known as the Cob, had a 3.5hp Fafnir engine. Although all the Phoenix machines were well-made and widely advertised, production had always been small-scale so they were not competitive enough to remain in the trade.

1911 Around this date they moved the business to Letchworth

By 1928 the last Phoenix was made, and the works were probably taken over by the Ascot Motor and Manufacturing Co.