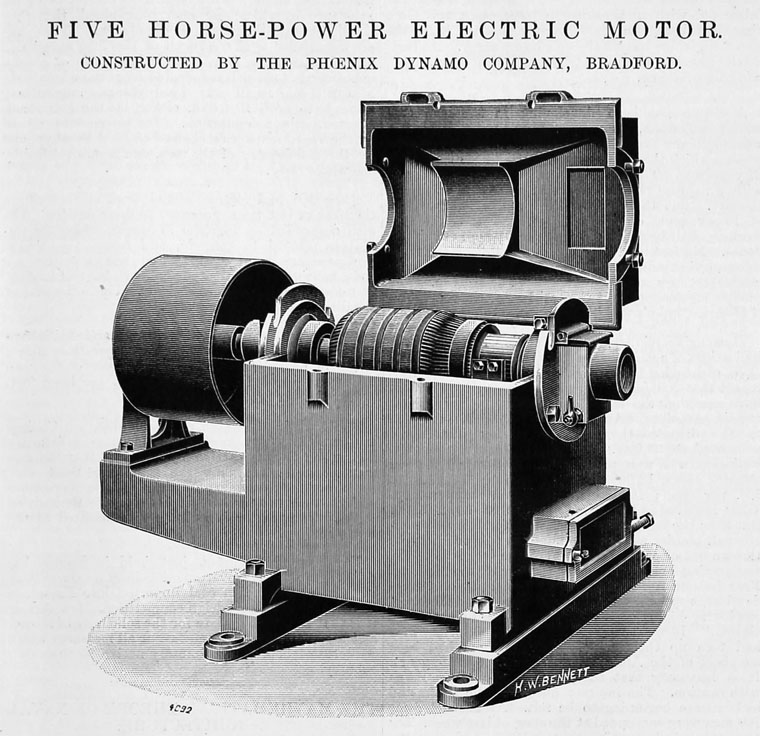 1897-8 The company was building motors and dynamos (See adverts)

1903 'The Phoenix Dynamo Manufacturing Company, of Bradford, are stated to have purchased from the liquidator of Rosling and Fynn (Ltd.) the whole of the works, business and patent rights, and intend, after some extensions to the buildings have been completed, to consolidate the plants at Thornbury.'[2]

1917 the Admiralty contracted the company to construct a new flying boat around a new monocoque hull designed by Lieutenant Commander Linton Hope and built by Southampton chandler May, Harden and May.

1918 Phoenix was asked to build two Armstrong Whitworth FK10s and enlisted the help of Bradford cabinet makers Christopher Pratt and Sons to help with the wooden bodywork. The company had experience from the earlier Porte series[3] and completed the first assembly in 1918 .

1918 The company became part of the English Electric Co.