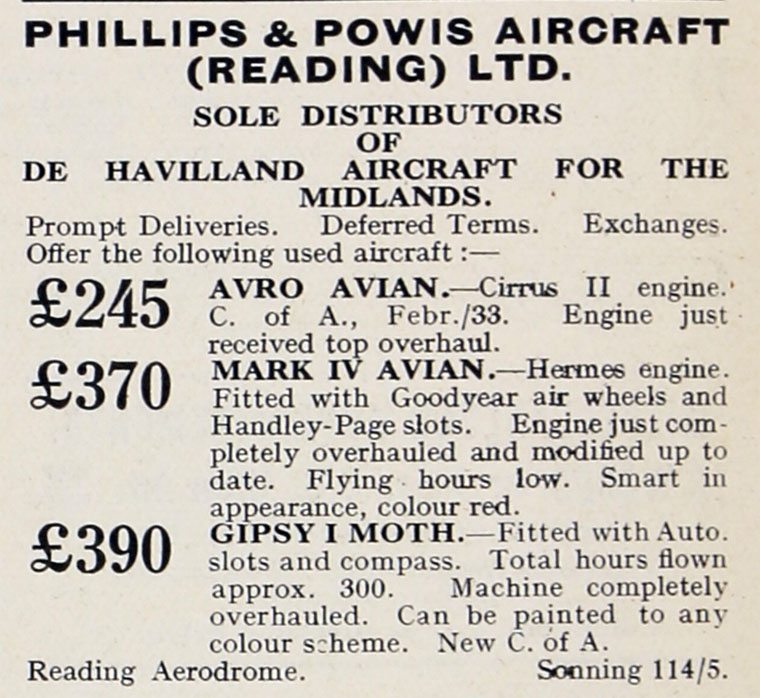 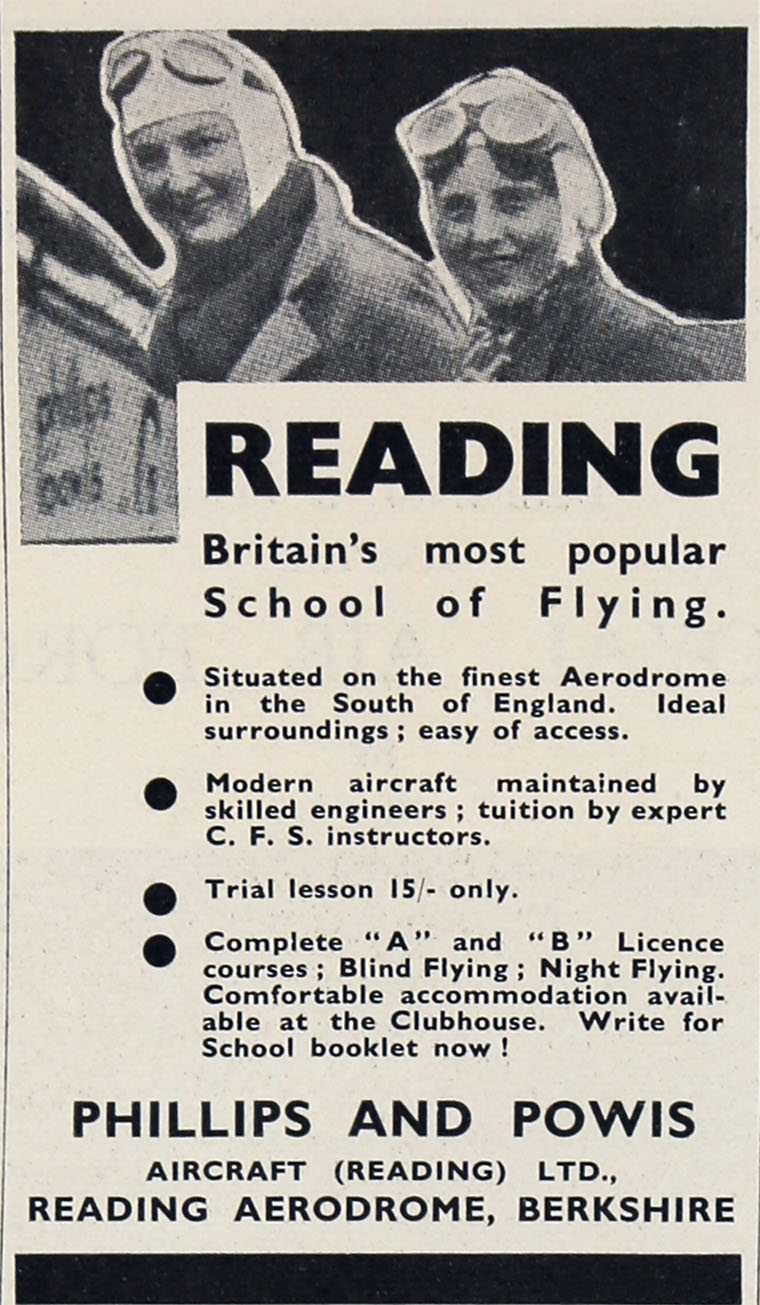 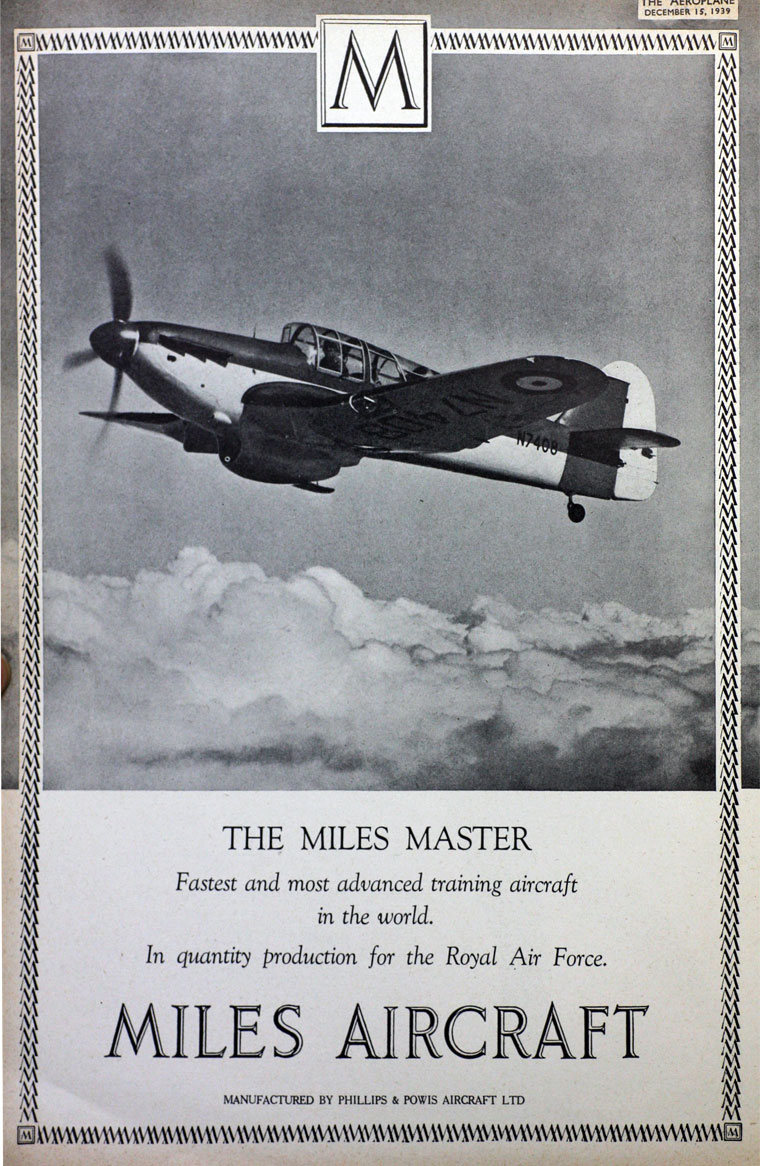 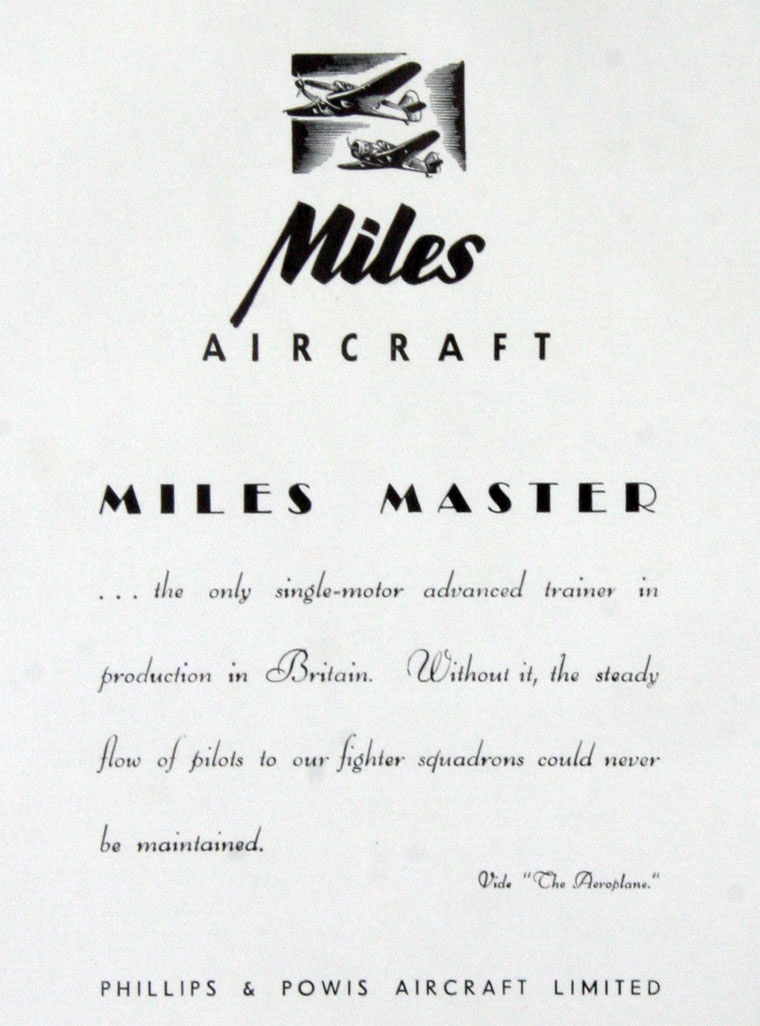 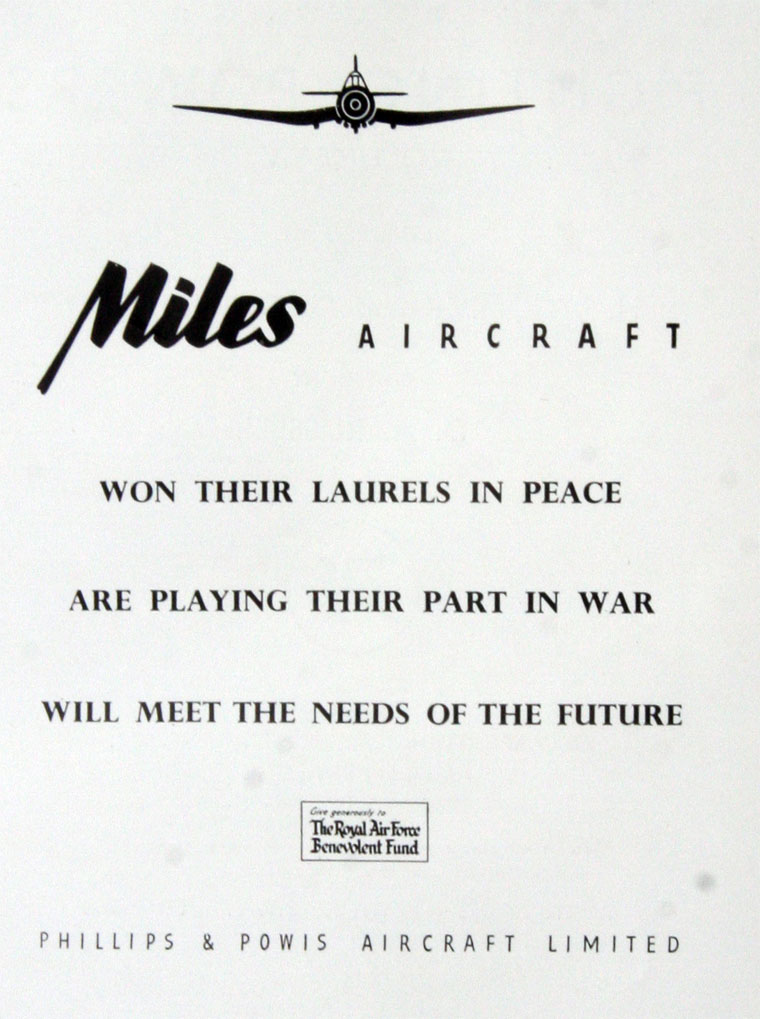 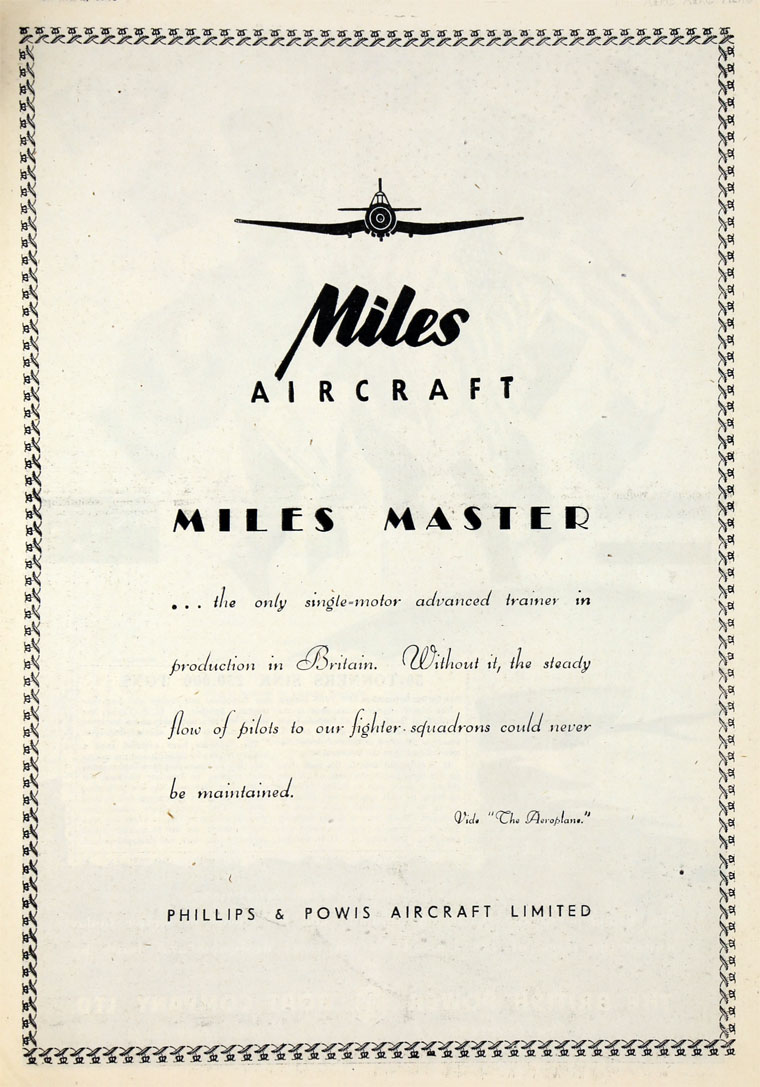 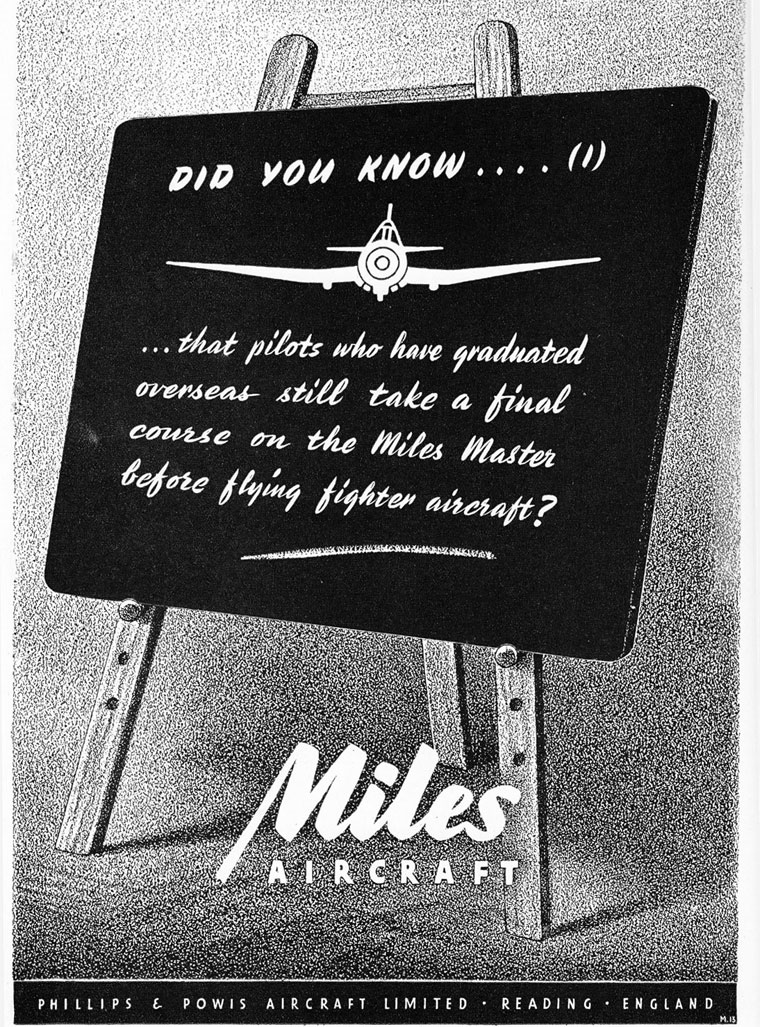 The company was founded by Charles Powis and Jack Phillips as Phillips and Powis Aircraft at Woodley airfield in Reading, operating a club and repairing aircraft[1].

1933 The Hawk, designed by Frederick George Miles and his wife (Maxine) Blossom Miles), was built by Phillips and Powis Aircraft.

The Hawk was faster, cheaper, and easier to fly than the De Havilland Moth, previously the most popular private plane.

1934 The company concentrated on light aircraft; in October a Falcon broke the light aeroplane record for the journey from Australia to England.

1936 Began producing training airplanes for the Air Ministry; the Magister (a development of the Hawk) remained a standard trainer for the RAF throughout the Second World War with more than 1200 built.

1938 £2 million order for the Miles Master from the Air Ministry, more than 3000 produced in total.

WWII the Ministry of Aircraft Production requisitioned the factory of Risboro' Furniture at Princes Risborough to produce for Phillips and Powis Aircraft.

1941 Rolls-Royce sold its shares to Frederick George Miles who became chairman as well as managing director; his wife and brother also became directors[3]