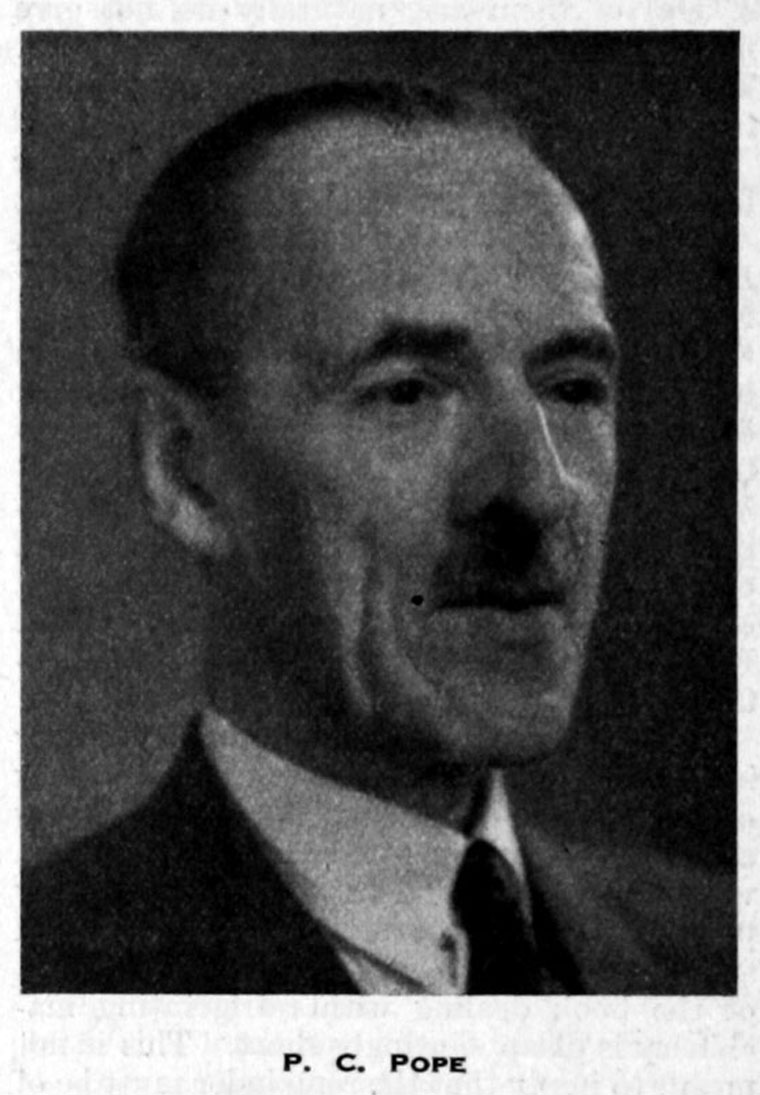 Engineers and fuel technologists will learn with deep regret of the death of Mr. P. C. Pope, which occurred, suddenly, in London on Saturday last, March 1st.

For many years he was the secretary of the Institute of Fuel, from which office he retired in February, 1946.

Philip Cosby Pope was born on January 26, 1872, and was educated at Tonbridge School.

He served an apprenticeship with Richard Hornsby and Sons, of Grantham, and subsequently held appointments on the staffs of the former British Westinghouse Company and the Lancashire Power Company.

The early part of his career was spent principally in the the application of mechanical and electrical power in Lancashire collieries.

During the first world war Mr. Pope joined the department of explosives supply, set up by the Ministry of Munitions, as purchasing director. Prior to that, however, he had become particularly interested in fuel problems, and in the years immediately following the first world war he resumed those activities, especially in connection with the low temperature carbonisation of coal.

In September of that year Mr. Pope was appointed secretary of the Institute, in which position he continued until February, 1946. During his long tenure of the secretaryship Mr. Pope's unbounded enthusiasm and energy were undoubtedly responsible for the rapid growth of the Institute of Fuel and the widening of its influence. Mr. Pope's outstanding service as secretary was acknowledged by a presentation of silver tokens which was made to him in 1943.

After Mr. Pope's retirement from the secretaryship in 1946 he continued for some time as adviser to the council, and, right to the end of his life) he maintained his active interest in and contact with the Institutes's affairs.

Another fitting acknowledgment of the esteem in which he was held and of the services that he had so conscientiously performed was made on Mr. Pope's retirement, when honorary membership of the Institute of Fuel was conferred upon him.