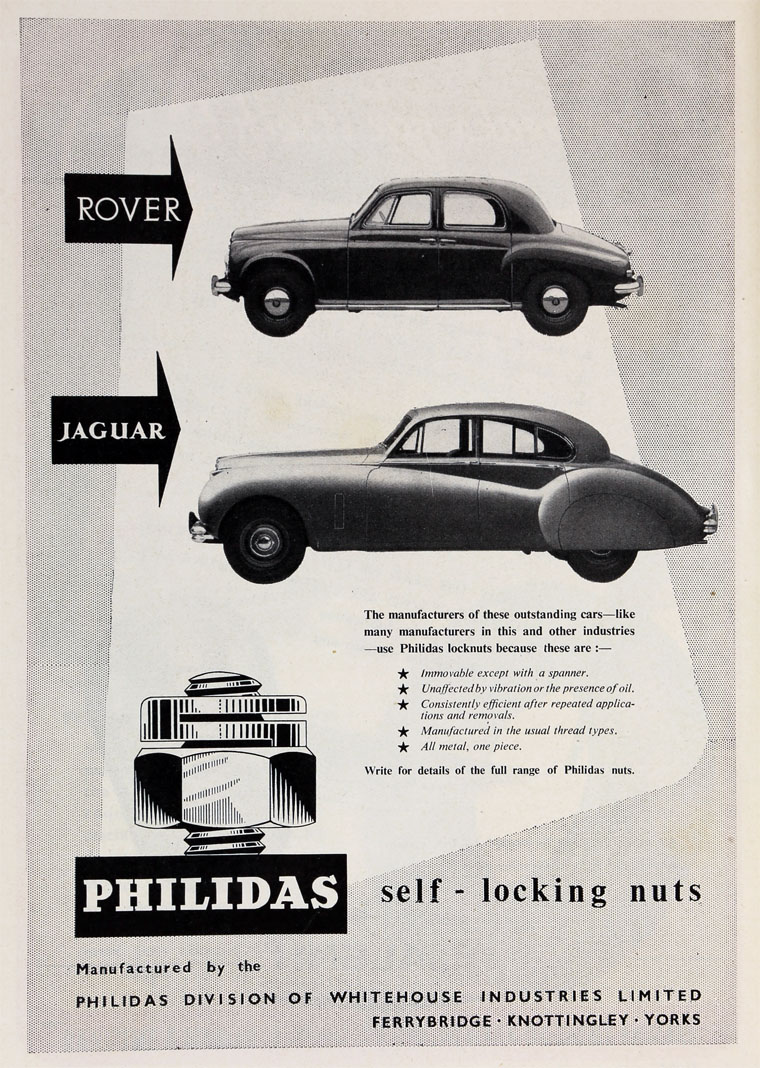 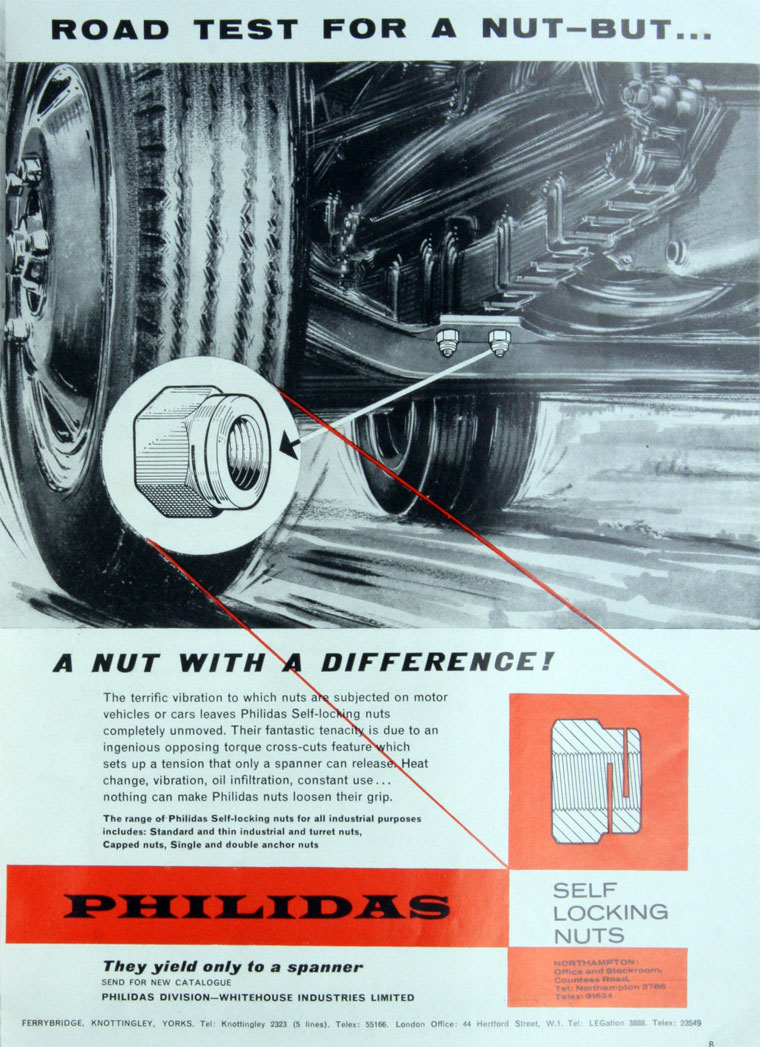 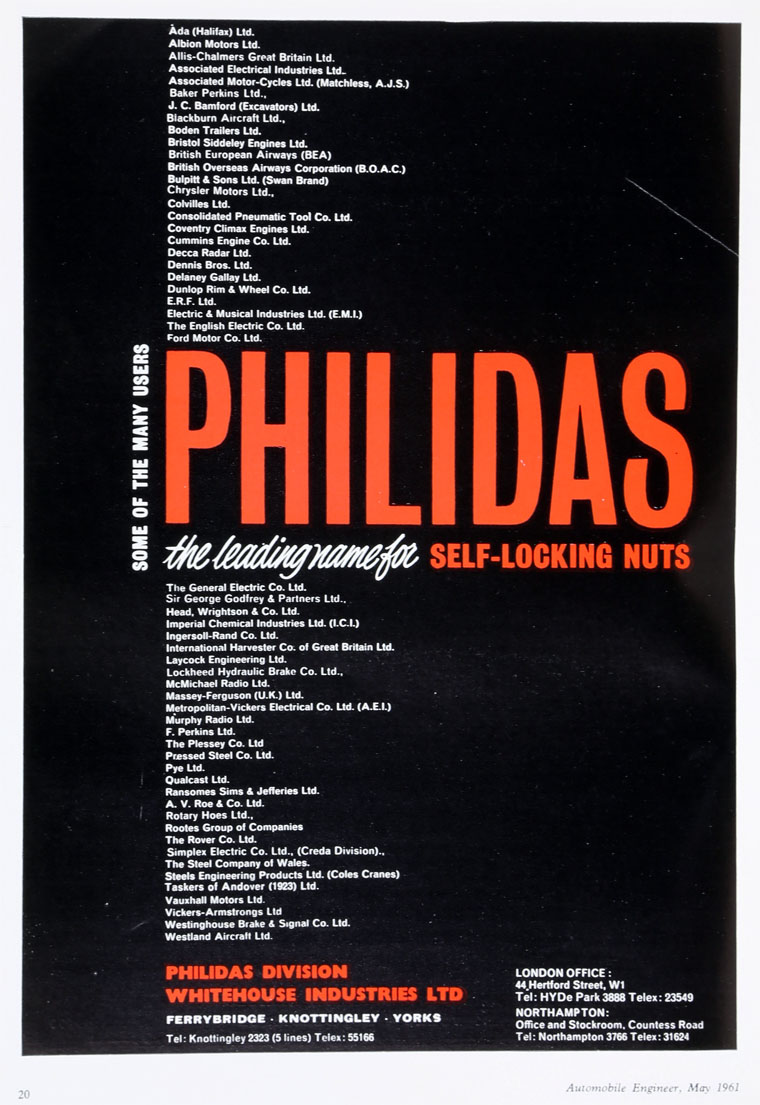 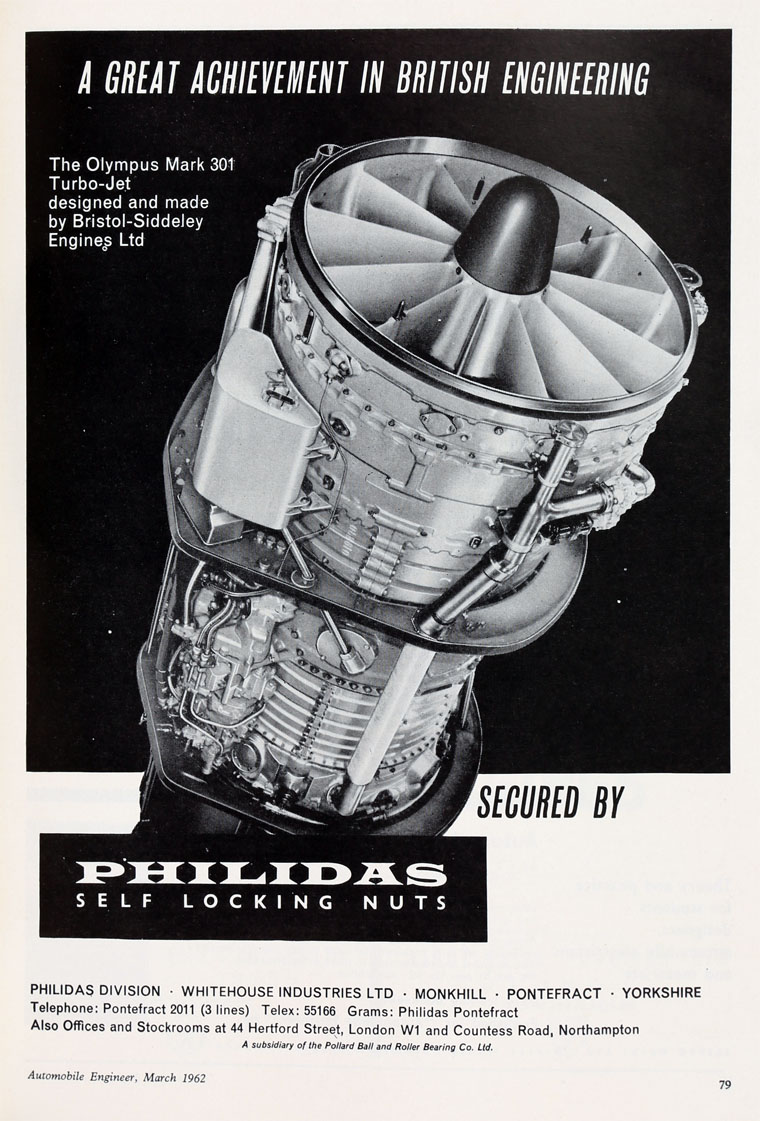 1942 Private company (presumably as an associate of R. K. Dundas)

1946 Was a subsidiary of Miles Aircraft; it had been formed to produce a patented lock nut.[1]

1948 Acquired by W. E. Hughes and Co Ltd, including 50 percent holding in Metaplast (England) Ltd, holders of rights from a US company to make coating of plastic products with metal.

1949 Philidas production was moved to Hughes's factory at Ferrybridge[2]

1961 Manufacturers of ball and roller bearings.

1989 Williams Holdings sold the company (acquired as part of Pilgrim House) to B. Elliott and Co[4]