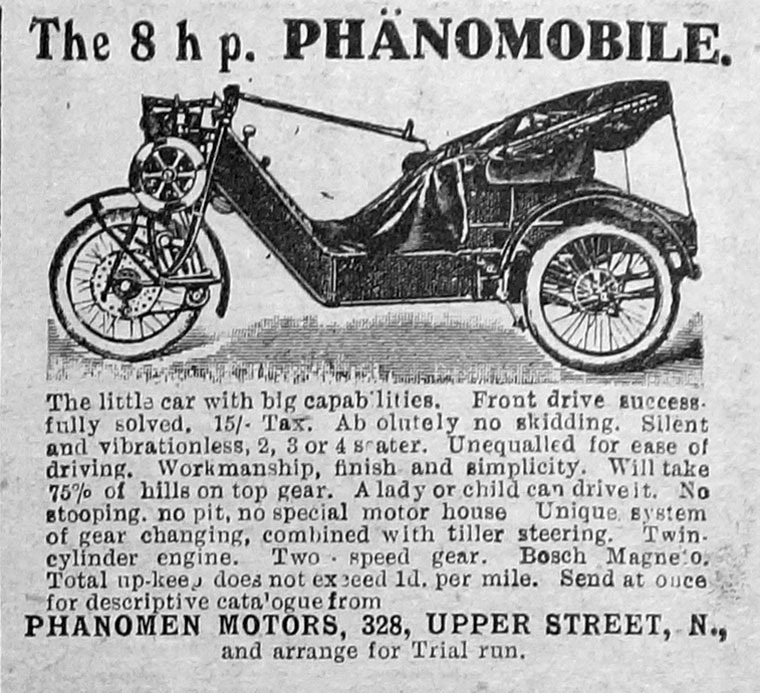 Before 1907 the Phanomen Company of Zittan (Germany) had been building bicycles and motorcycles.

In 1907 they produced their first 3-wheeler called the Phanomobil, this car was powered by a 880cc, vee-twin engine which was used until 1912 when it was upgraded to a four-cylinder, 1,536 cc engine.

The Phanomobil was produced up until 1927 when the company then just concentrated on its 4-wheelers that it had also been manufacturing since 1911.