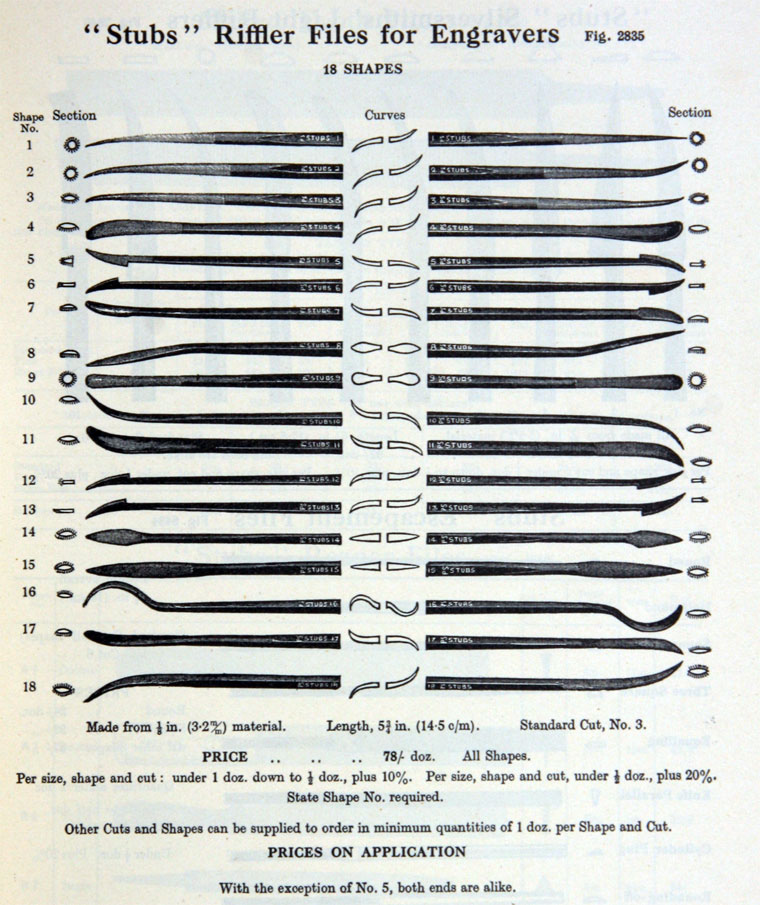 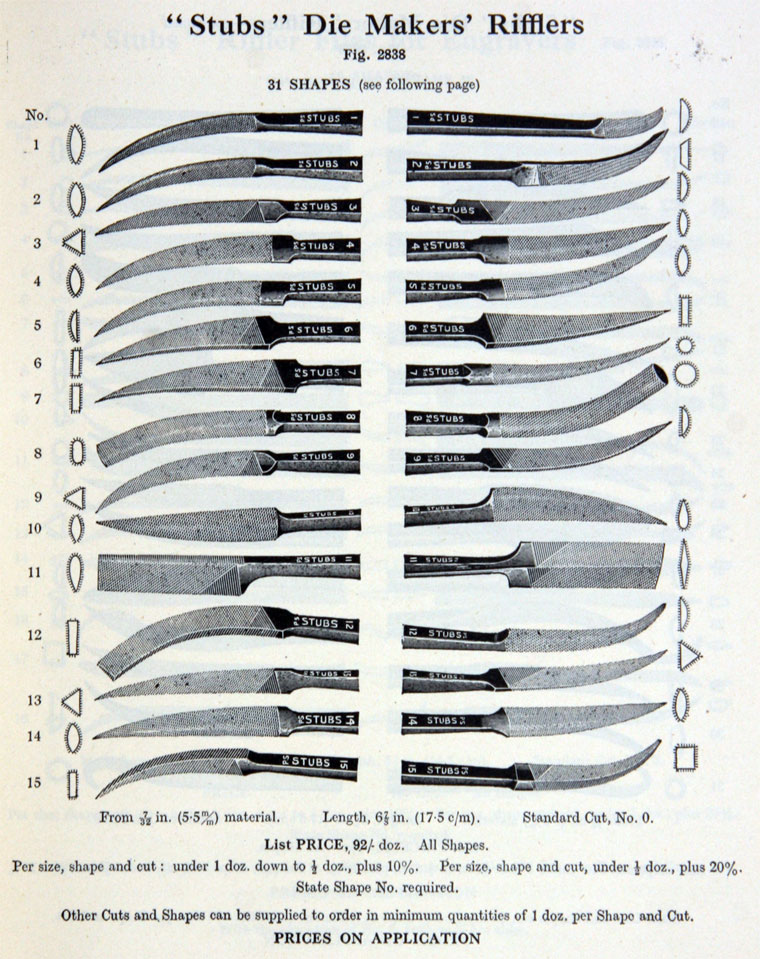 Peter Stubs (1756-1806) was in business manufacturing files on a small scale by 1777. By 1788 he had acquired the White Bear Inn in Bridge Street, Warrington, and was combining file manufacture there with his business as an innkeeper, brewer and malt maker. He gave up the White Bear concerns in 1803.

1802 the file business moved to a larger site at Scotland Road, in the Cockhedge area of Warrington, where a works including file cutting shops and forging shops had been built.

1806 After Peter Stubs’ death in 1806 the business was developed by his sons, John, William and Joseph Stubs.

The firm sold files made from steel - principally saw-files, watch and clock files and, from 1815, larger machinery (engineers’) files. It also sold a wide variety of other tools, clock engines, small machines and wire, including pinion wire, for making toothed wheels for watches and clocks, and steel wire. The Stubs workshop produced files, carrying out the basic processes of forging, cutting and hardening, and all the attendant subsidiary processes.

1826 Stubs began producing steel themselves, at a newly acquired works in The Holmes, Rotherham, in Yorkshire. The Warrington Works in Rotherham supplied the file works in Warrington with steel and produced other types of steel for sale in England and Europe.

By 1841 the file works had a work force of 200. To cope with demand, some file cutting was done by out-workers. All the other Stubs products were made by cottage industry out-workers and small firms, mainly in South-West Lancashire. Stubs products were sold throughout the U.K. and were also exported. Significant overseas markets included Russia, America, France and what is now Germany.

1884 Partnership change. '... the Partnership heretofore subsisting between the undersigned, at Warrington, in the county of Lancaster, as File and Tool Manufacturers, and at Rotherham, in the county of York, as Steel Manufacturers, under the style or firm of Peter Stubs, expired, by effluxion of time, on the 1st day of July instant, when the undersigned, James Marson, retired therefrom; and that the said businesses have been since that date, and will in future be carried on under the same style or firm as heretofore, by the undersigned, Peter Stubs and Henry Appleton...'[1]

1890 Took limited status and was described as mechanical engineer, tool and boiler maker. [2]

1958 The steel works was sold to J. J. Habershon and Sons

1996 became a subsidiary of the Ascot Group. Its present site is on Causeway Avenue, Warrington.

The family had connections with a variety of other business ventures over the years. John Unsworth, Peter Stubs’ cousin, had a short-lived glass business in Warrington, from circa 1789 to 1805. He was primarily a glass engraver, supplying a wide variety of glass ware for domestic and business uses. He also sold plain glass and dealt in a variety of other goods.

Bridge Foundry in Warrington was acquired by Peter Stubs’ eldest daughter, Sarah, on the death of her husband, William Whitley, in 1807 and seems to have been leased out on her behalf at times.