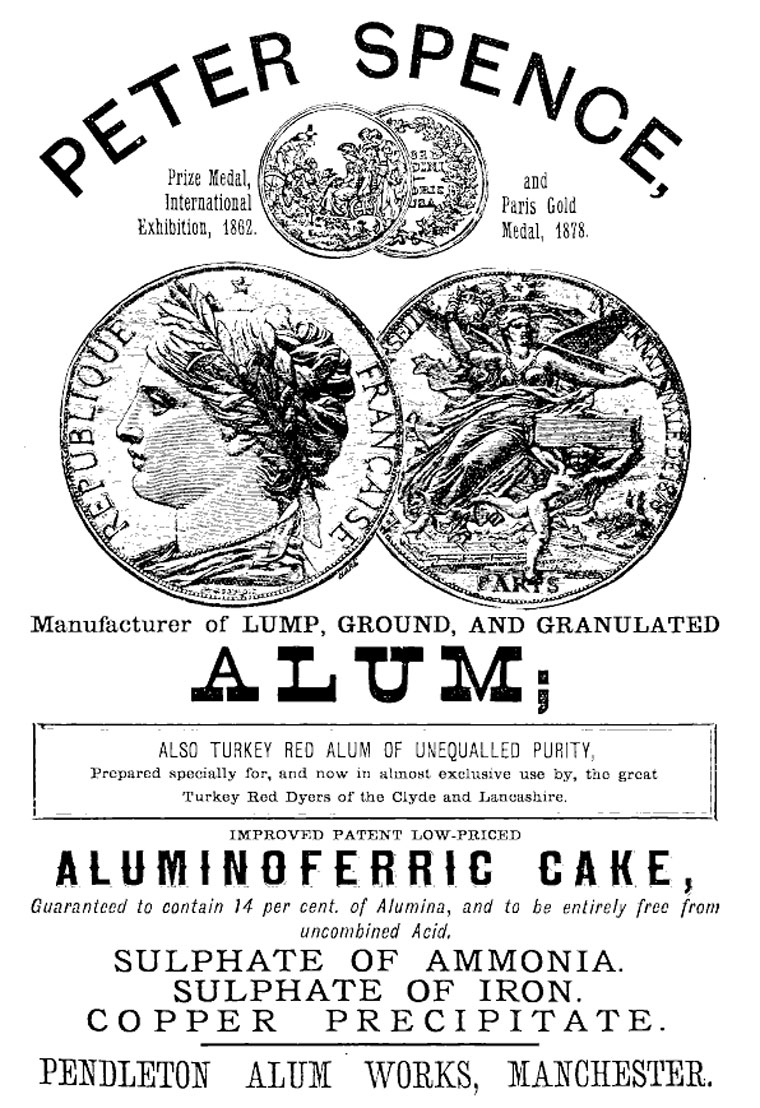 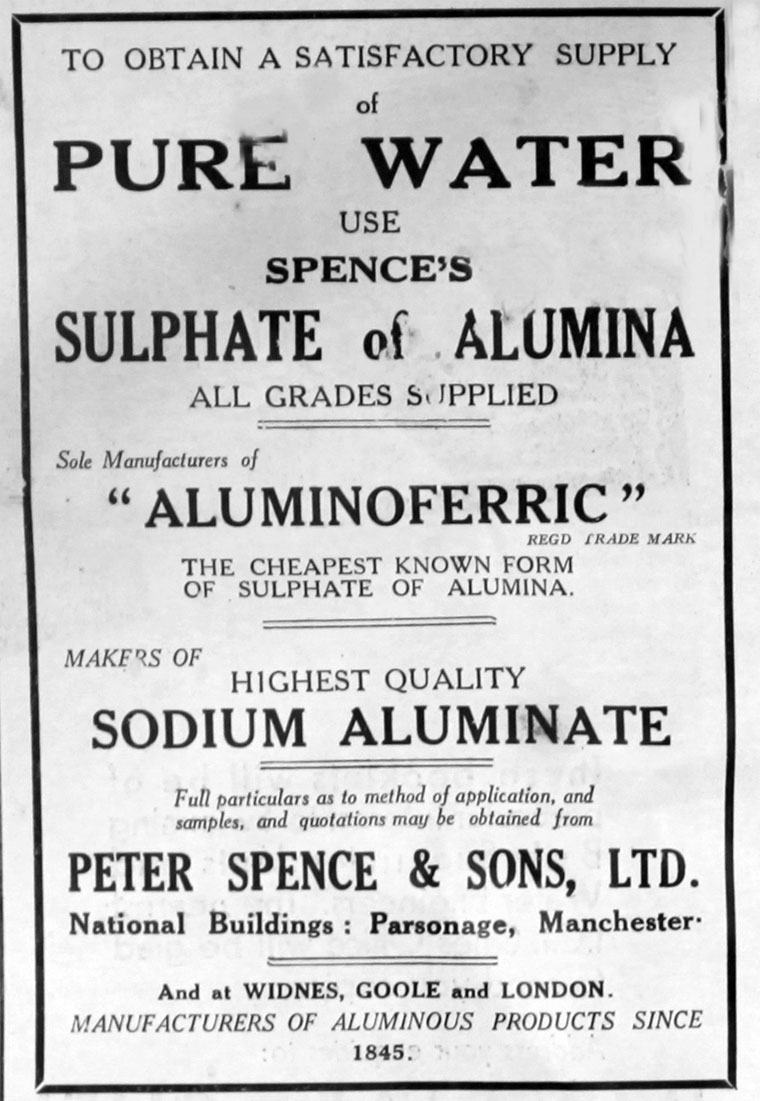 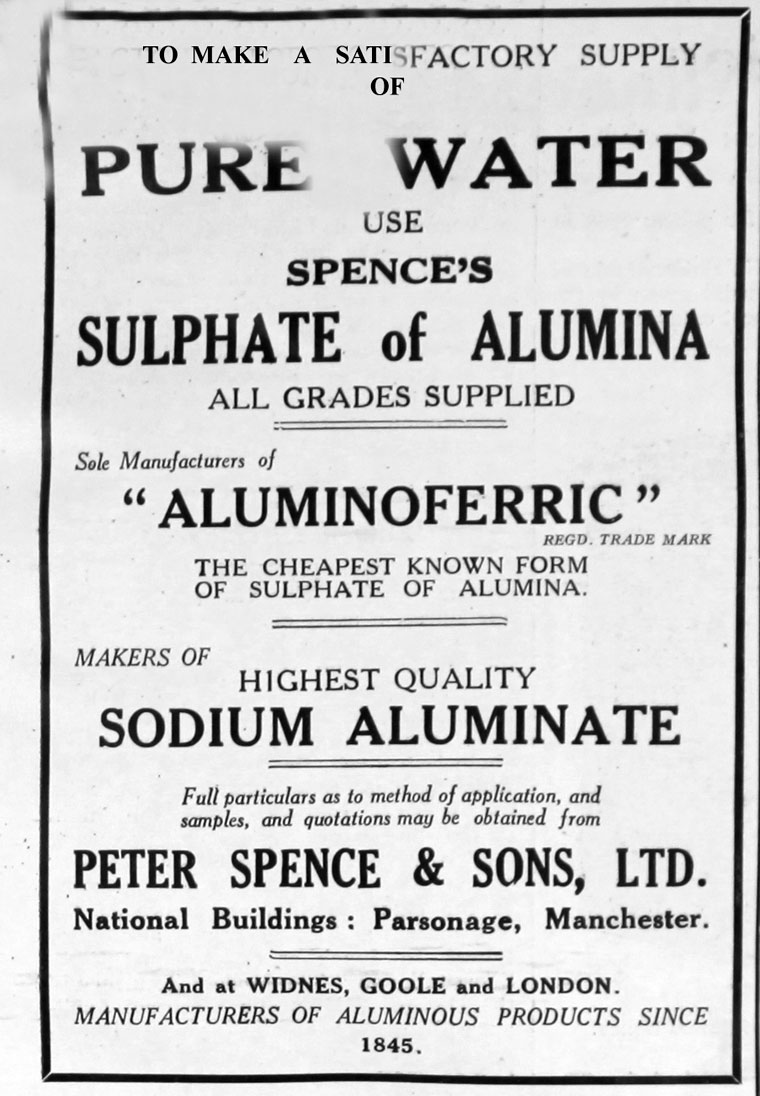 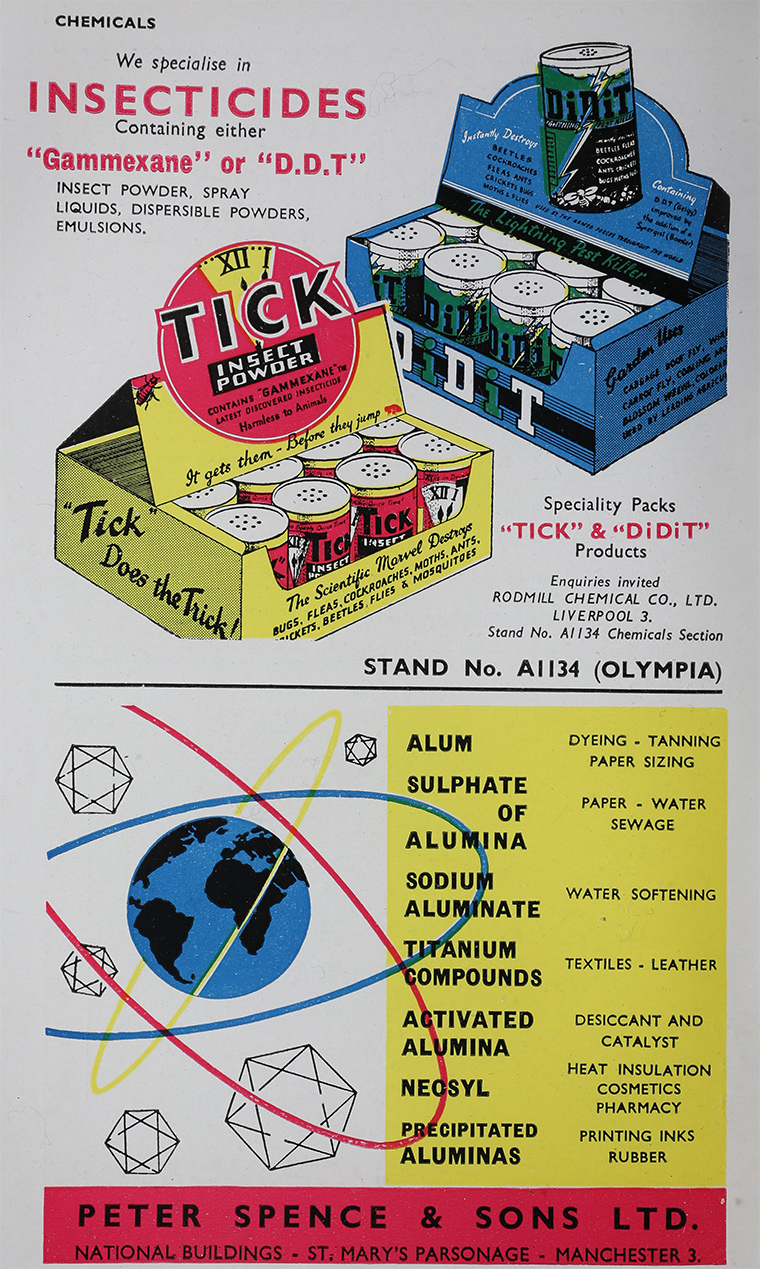 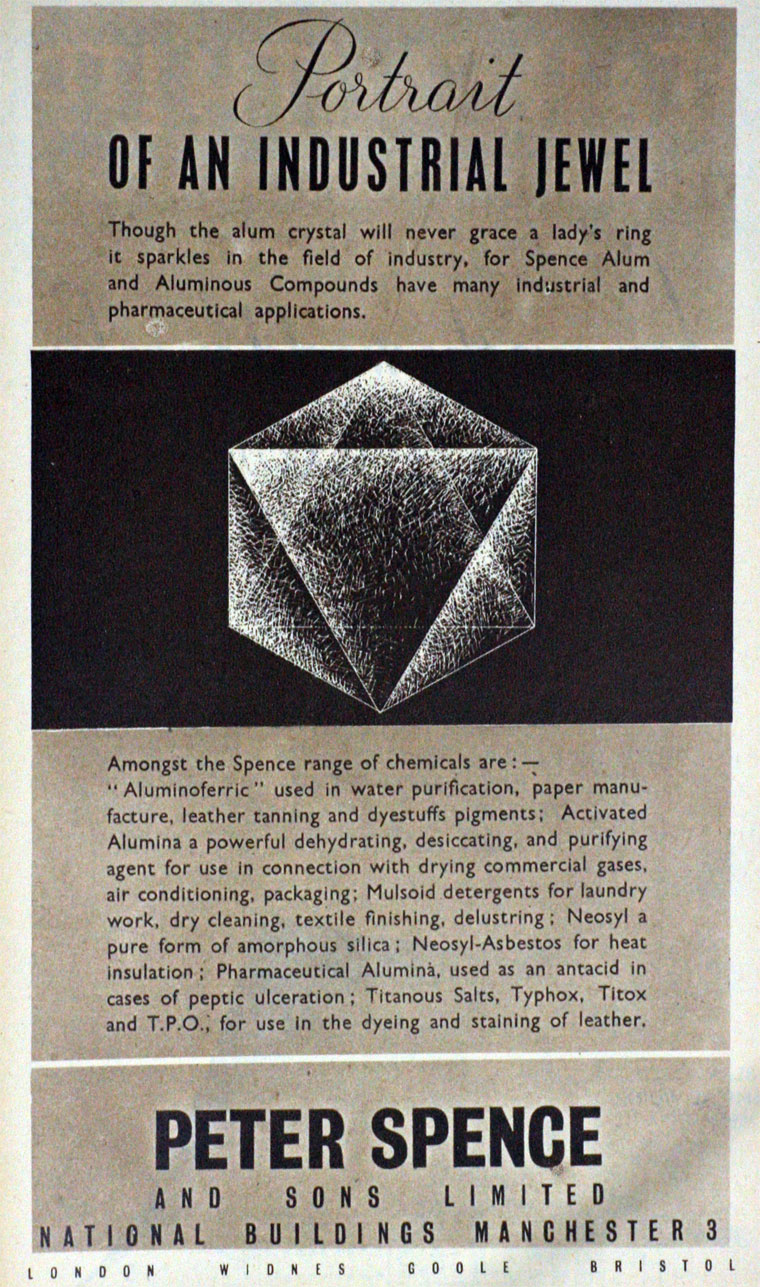 1845 Peter Spence took out a patent on the alum process that he had accidentally discovered.

Moved to Manchester to access cheaper supplies of fuel; established works at Pendleton; further patent in 1850. Soon became the leading manufacturer of alum.

1887 A. G. Kurtz and Co won an action against P. Spence and Sons of Manchester restraining the latter from making threats about a patent relating to fixing colours on cloth and paper which both parties claimed to have originated[1].

1934 Patent Application - Improvements in or relating to preparations for agricultural or horticultural pest control and the manufacture thereof. [2]