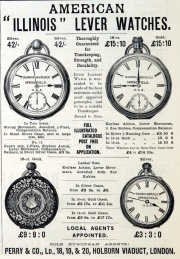 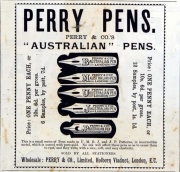 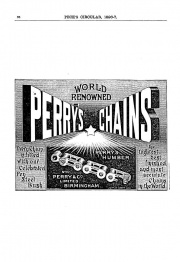 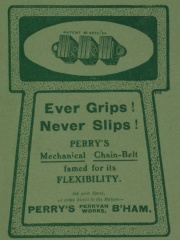 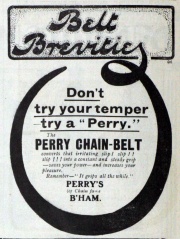 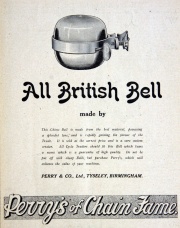 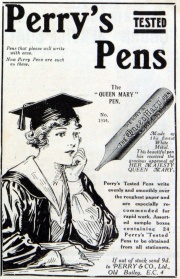 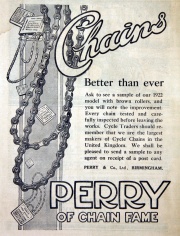 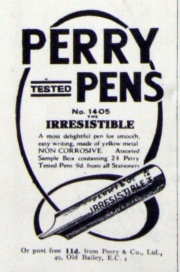 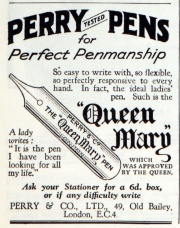 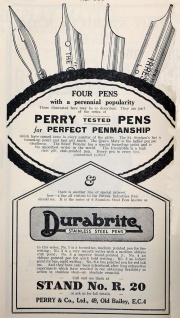 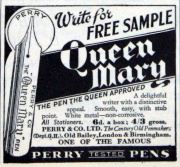 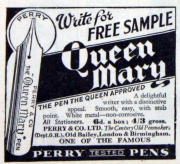 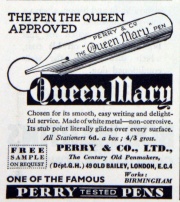 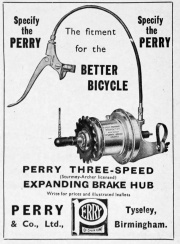 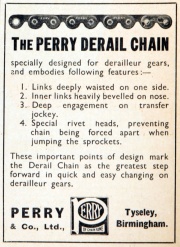 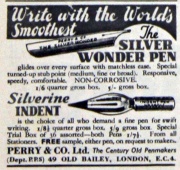 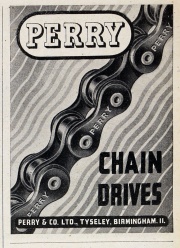 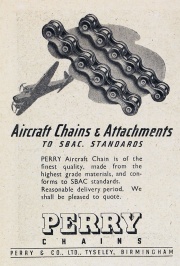 1824 The firm was founded in Manchester, as James Perry and Co, but later moved to London, where they made and sold pens and pen-holders (including those of Josiah Mason), pencils, elastic bands and ink, and dealt in stationers' supplies.

1876 Josiah Mason's steel-pen firm came together with Wiley and Son, pen and pencil case makers, and James Perry and Co under the title of Perry and Co Ltd and acquired its Birmingham base at Lancaster Street Works. The London office was at 37 Red Lion Square but moved to 19/20 Holborn Viaduct the next year[1].

1888 February. Stanley Exhibition of Cycles in Westminster. Showed an assortment of cycle component parts including a ball-bearing hub. [3]

By the late 1890s the company was having financial problems and was helped (refinanced?) by James William Bayliss, part owner of the Bayliss-Thomas car making company

1897 It was decided to reconstruct the company in connection with some alterations in the business;Perry and Co Ltd was registered on 14 May.

1902 Steel pens, cycle chains and accessories. Their works are in Lancaster Street and cover nearly 2 acres. [7]

1912 The Perry car was designed and Perry Motor Co was formed.

1945 The company transferred its chain making and cycle coaster hub business to a subsidiary, Perry Chain Co Ltd. The pen business was continued by Perry and Co (Pens) Ltd, while Perry and Co (Holdings) Ltd became the main parent company, with financial control of the whole Perry Group.