Grace's Guide is the leading source of historical information on industry and manufacturing in Britain. This web publication contains 140,671 pages of information and 227,383 images on early companies, their products and the people who designed and built them. 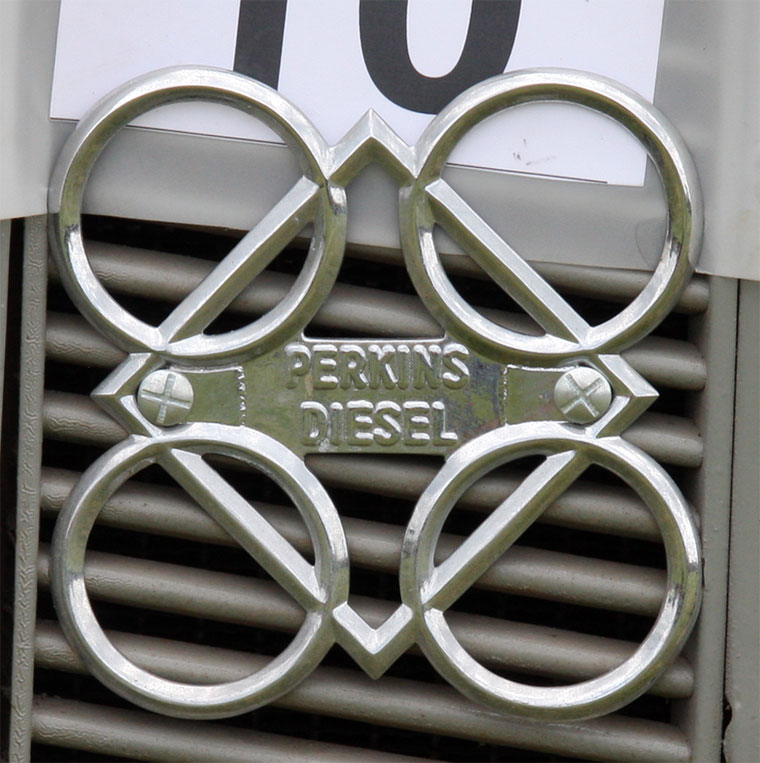 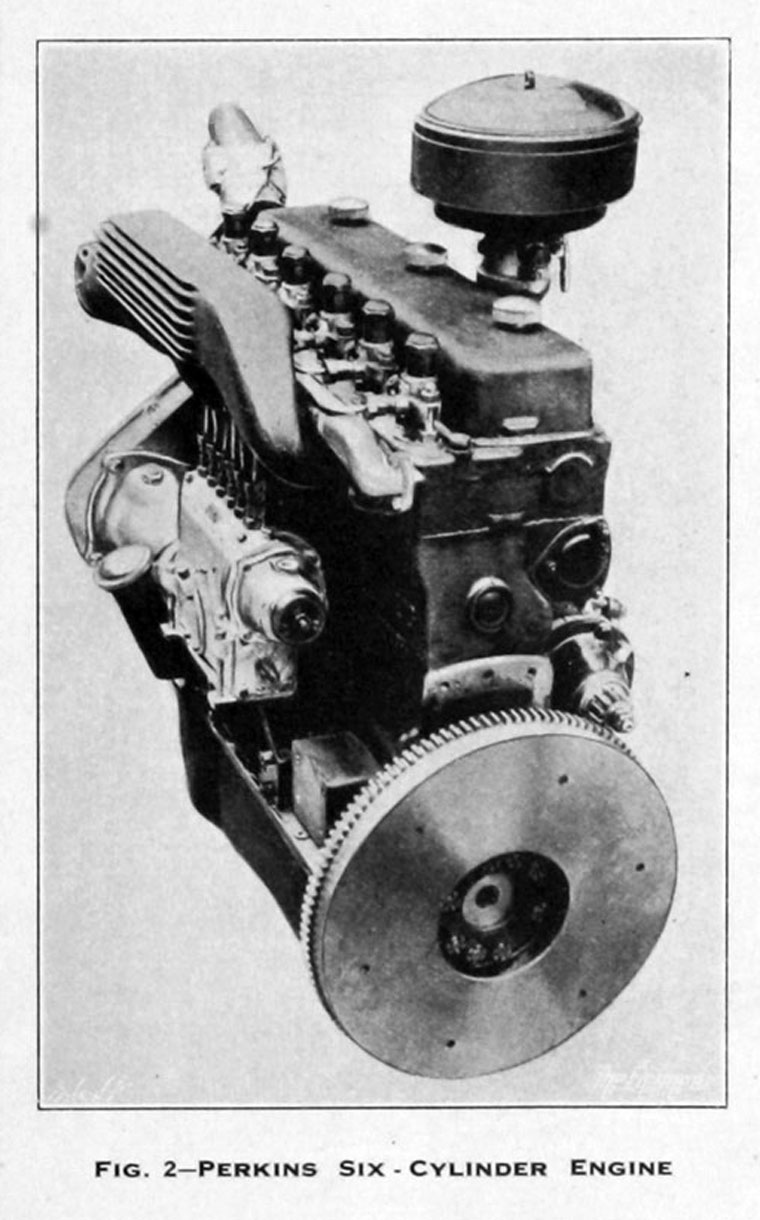 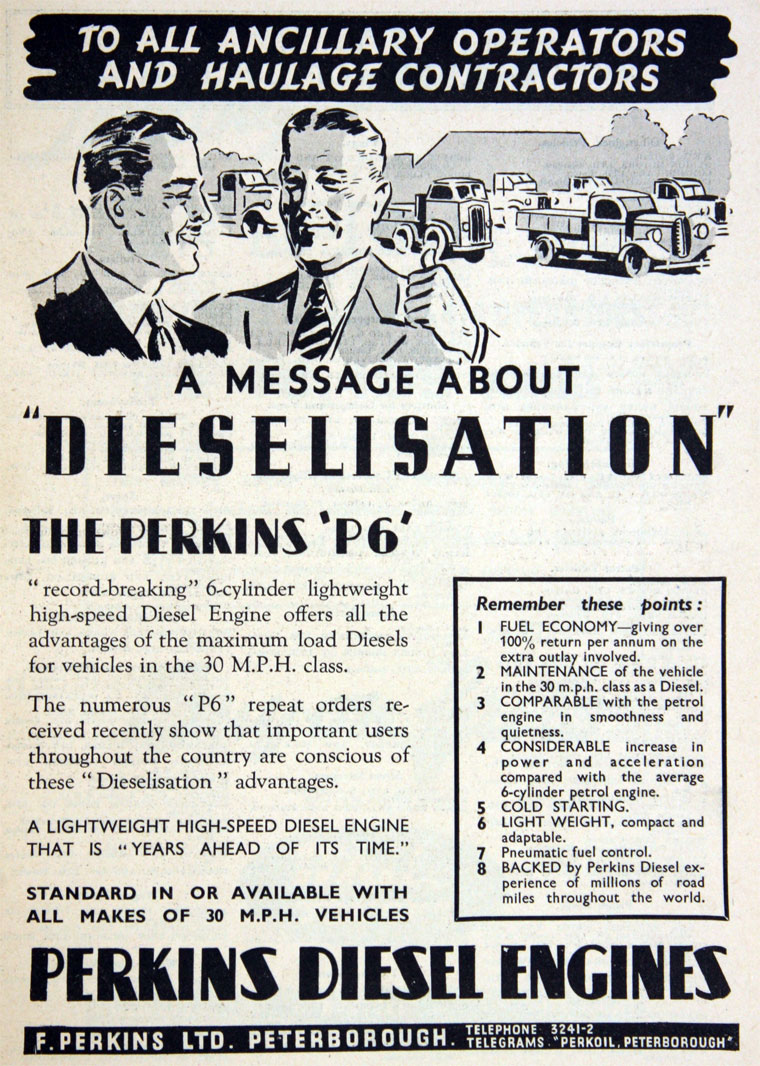 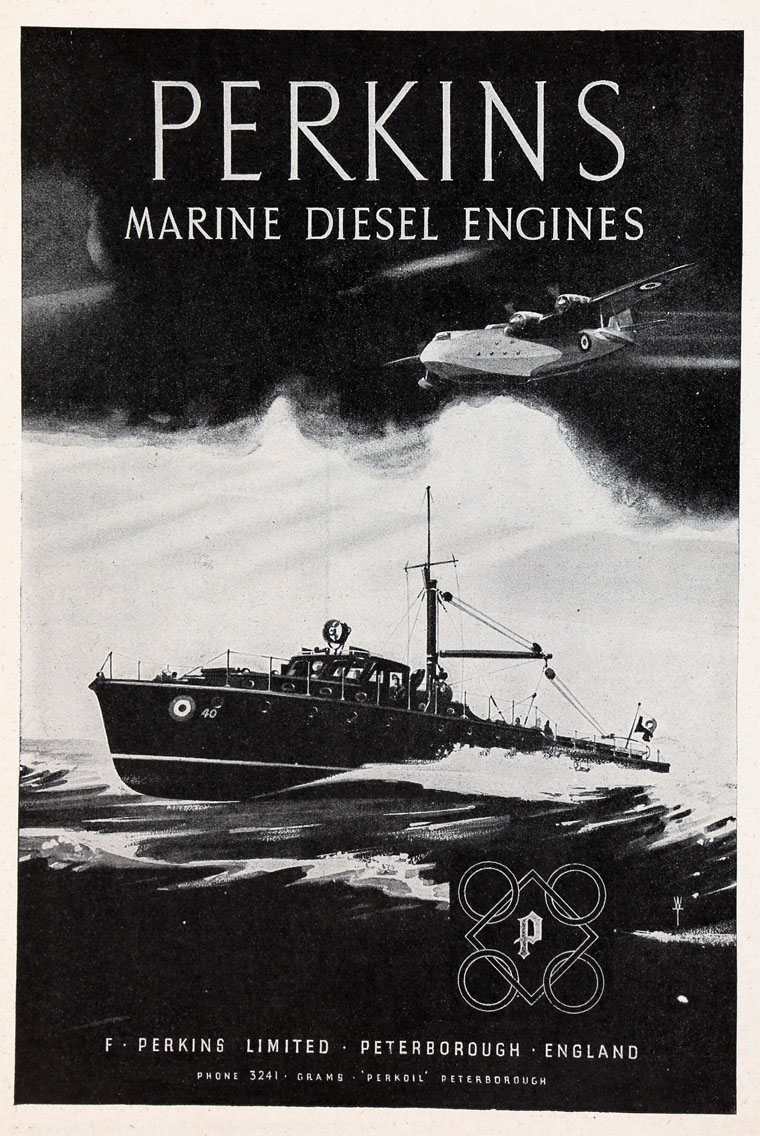 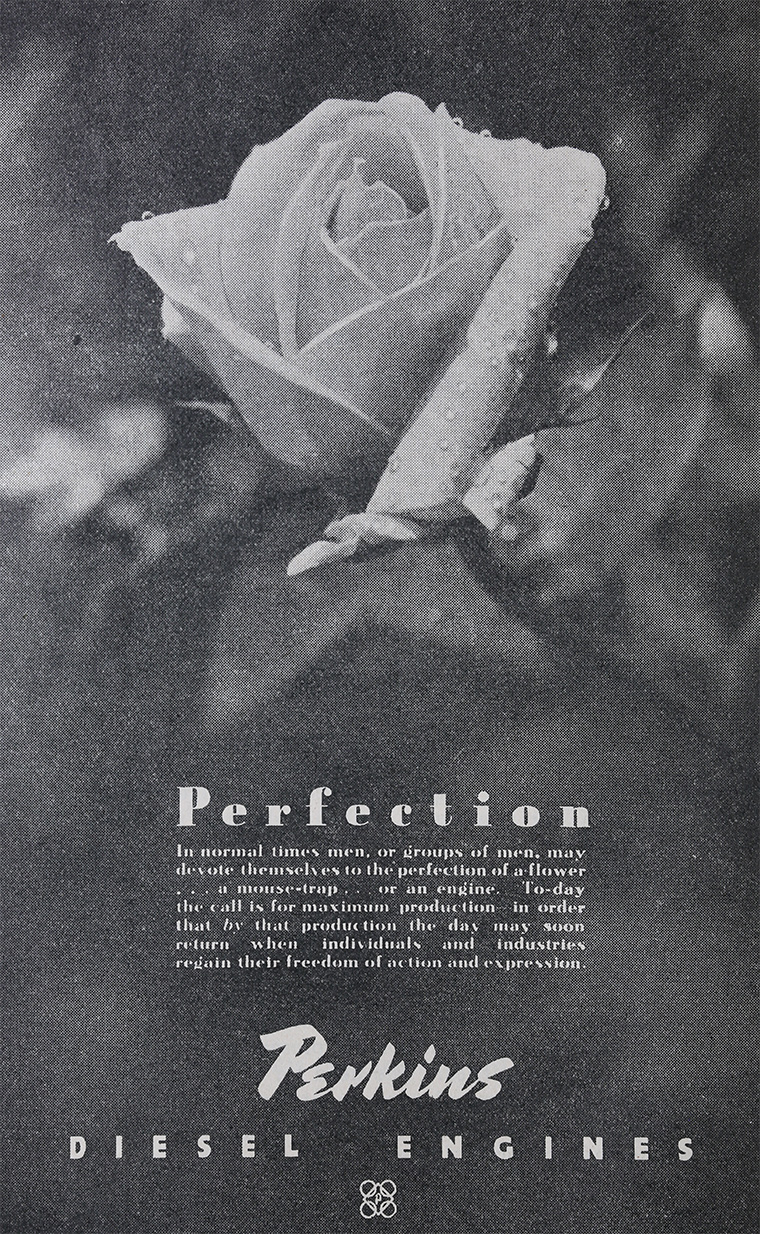 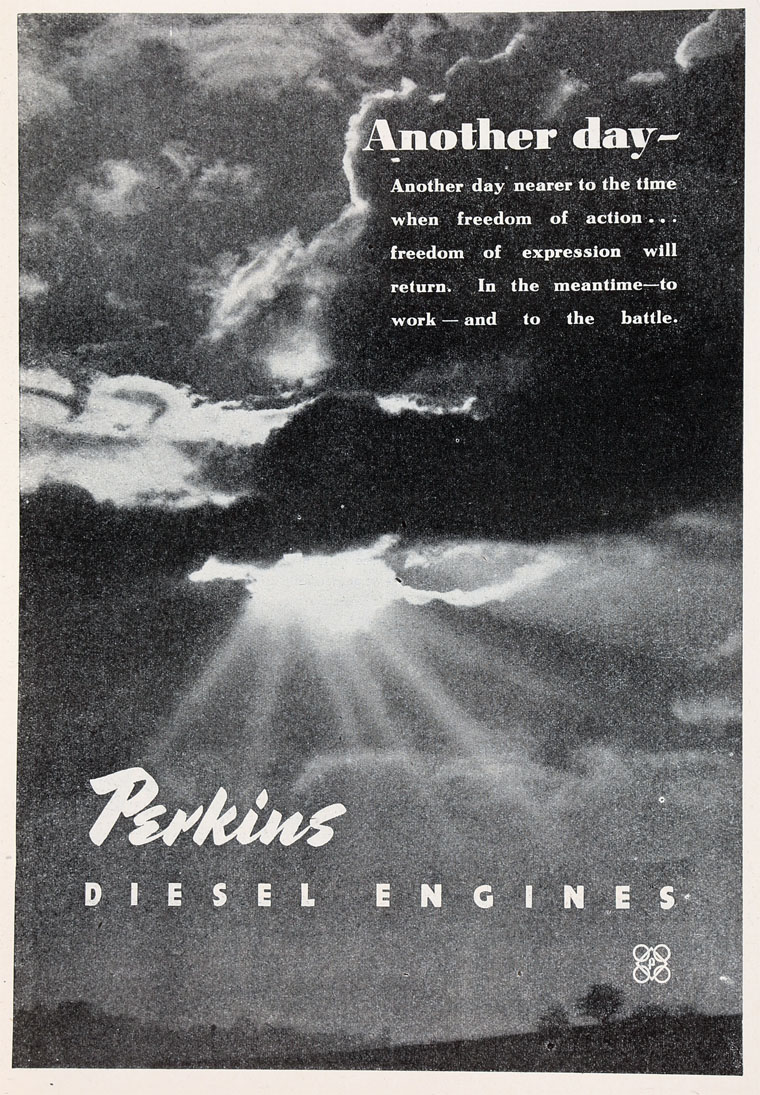 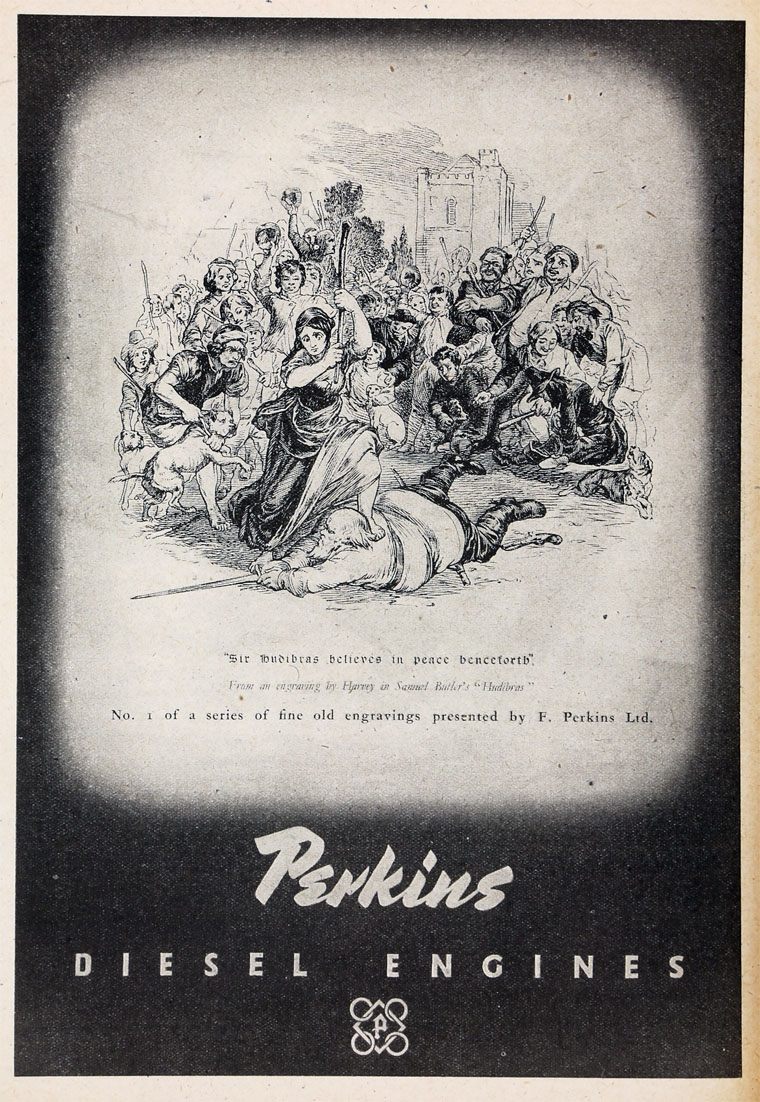 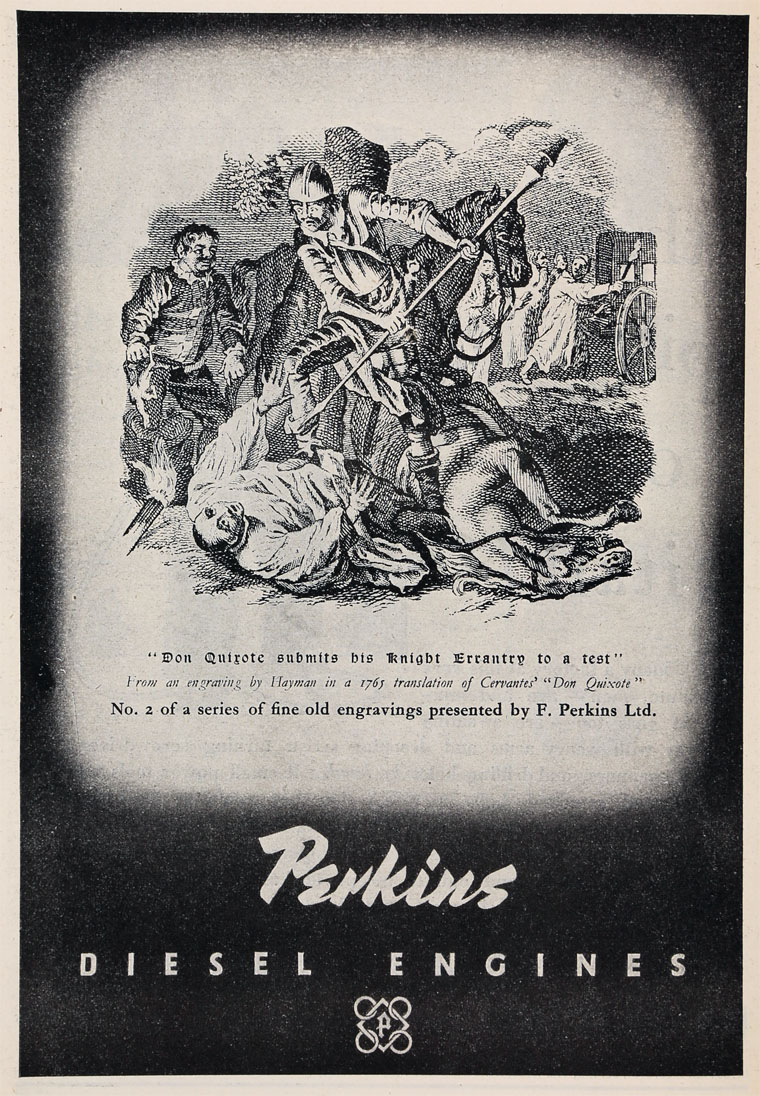 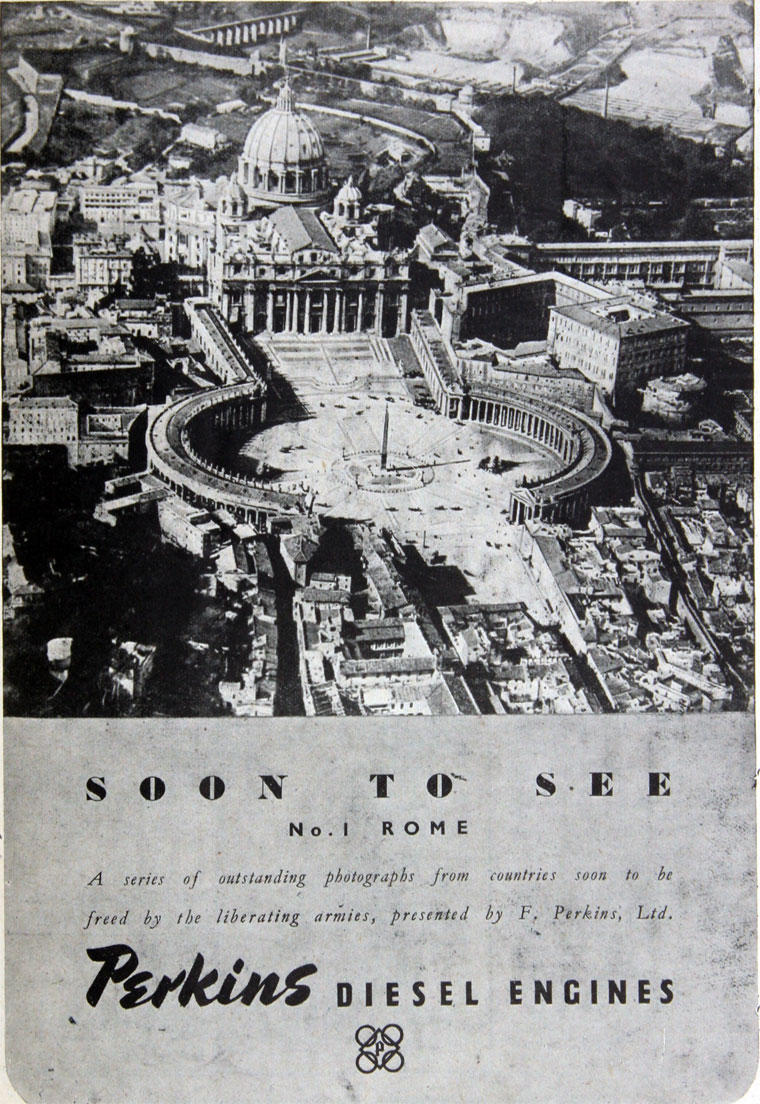 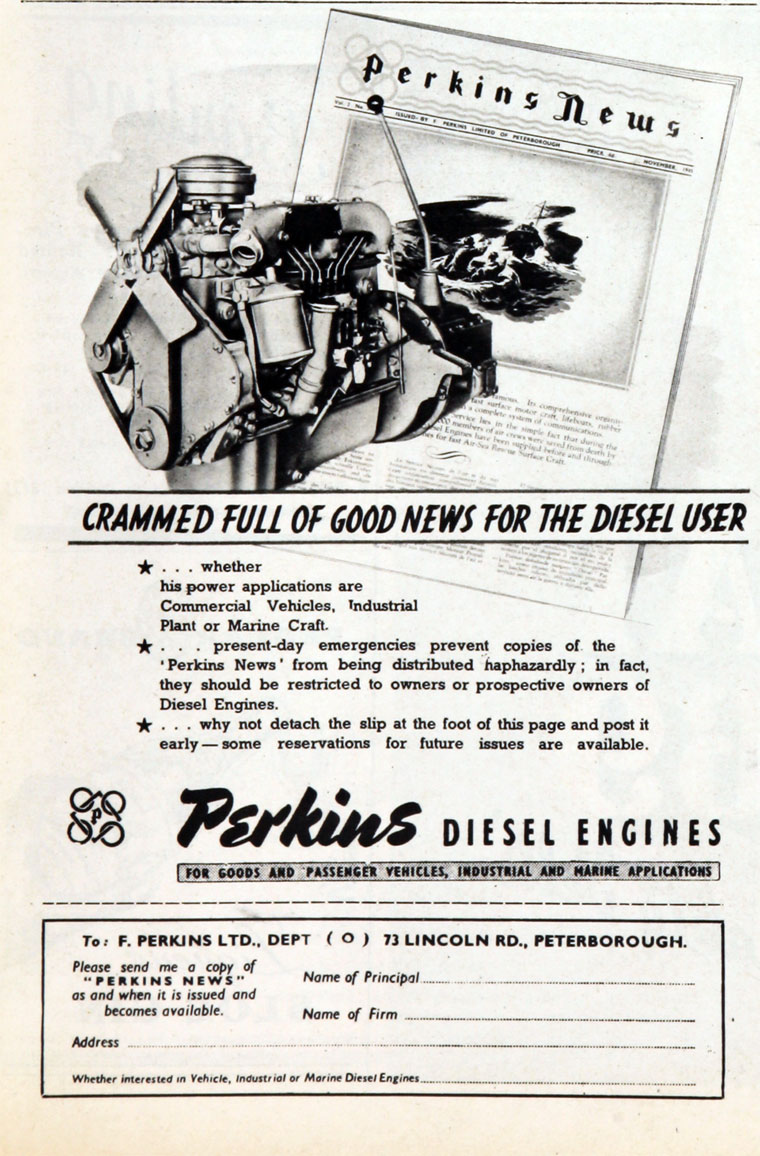 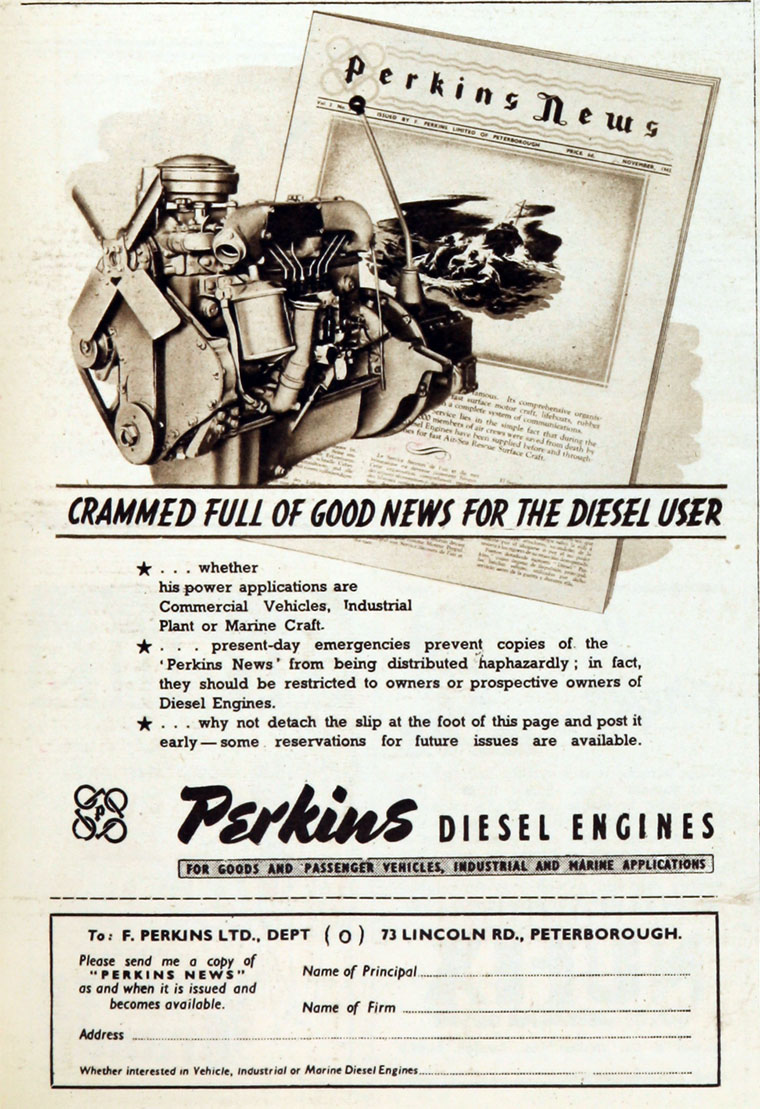 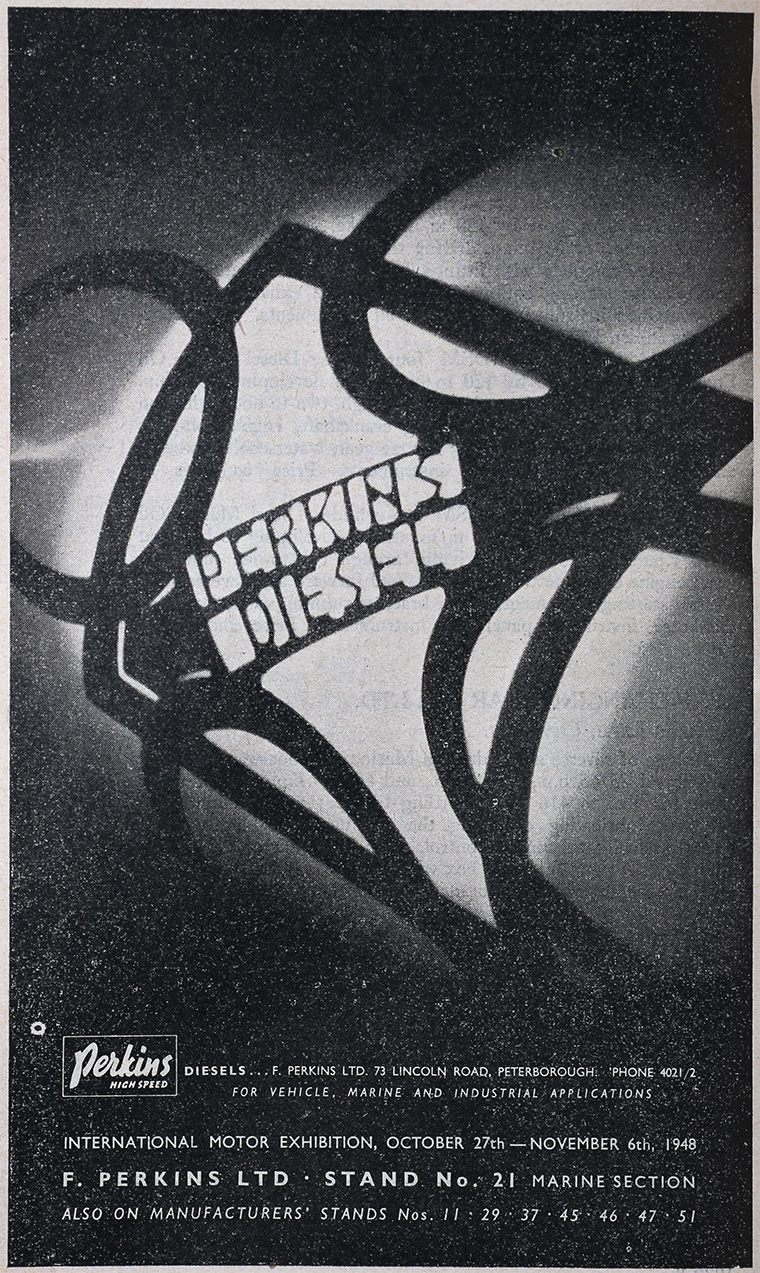 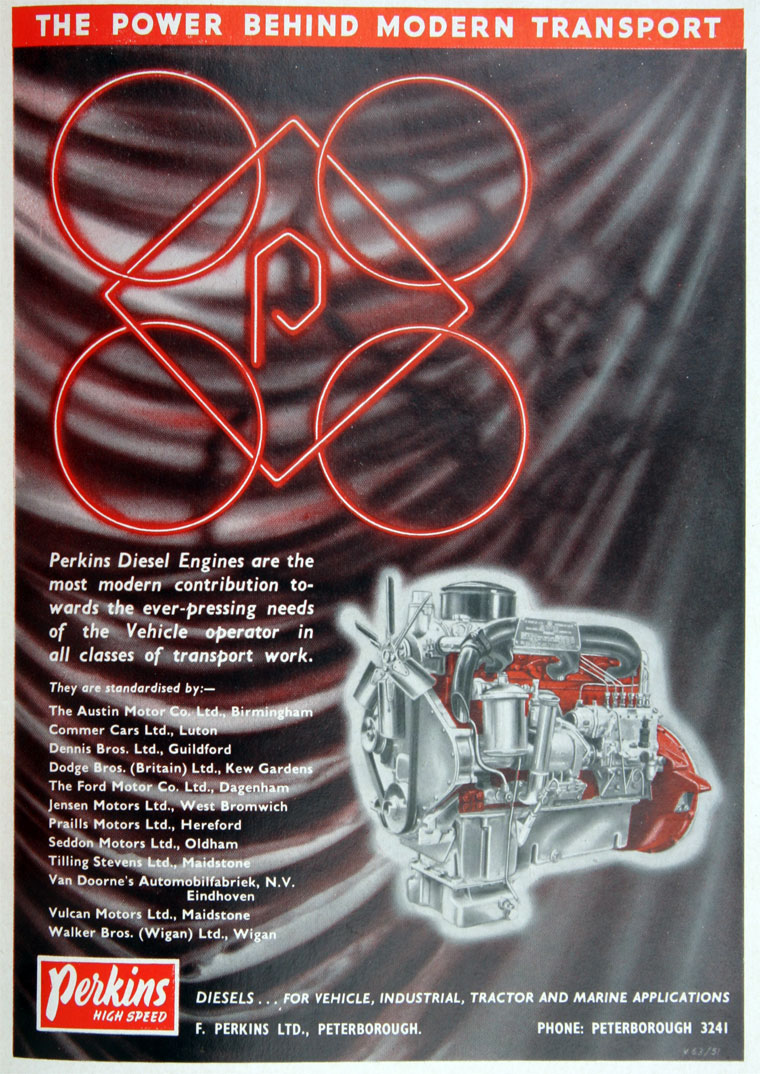 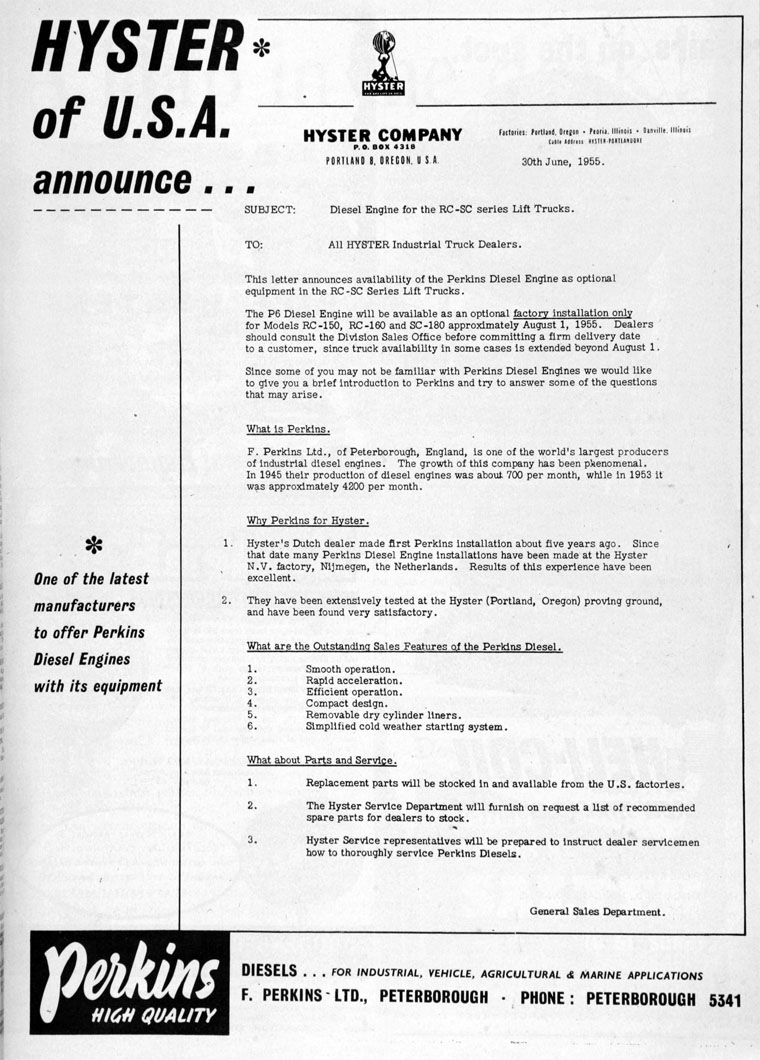 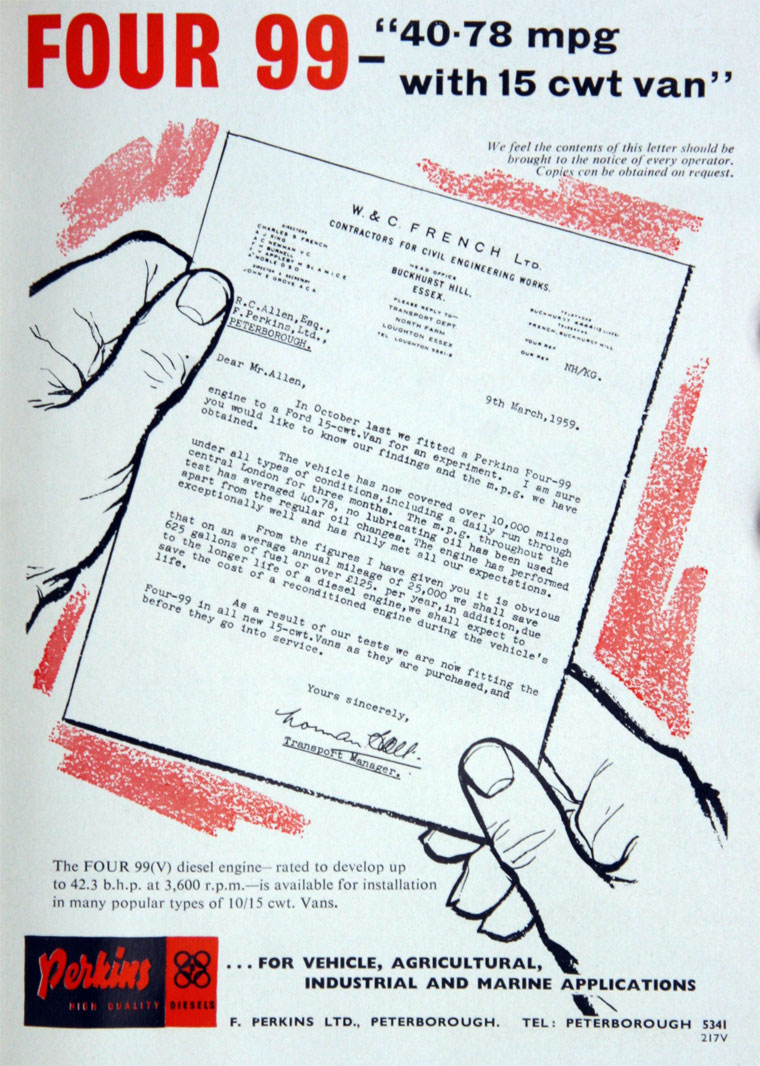 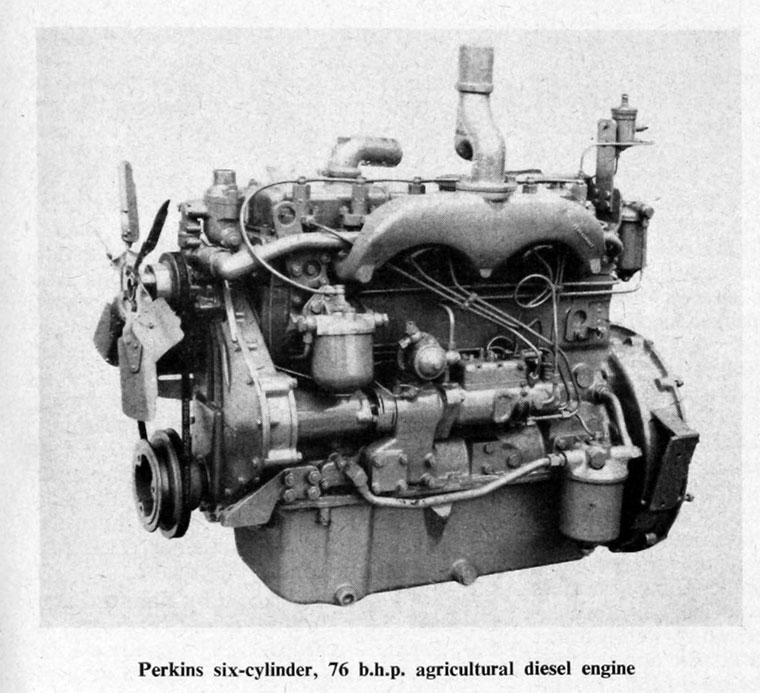 1932 Frank Perkins set up a private company F. Perkins Ltd and bought the rights to the Invicta engine and started the company to continue its development at the disused Barford and Perkins works (which still belonged to his father). Charles Wallace Chapman was chief engineer. The two men were very different: Frank was the enterprising aggressive salesman; Charles was a shy, retiring genius. They were both convinced of the potential of diesel power and set about developing their first engine, the Vixen, from small premises and a workshop in the centre of Peterborough.

The first test run was made early on a Saturday evening in autumn 1932. The engine was started from cold by handle with the aid of combustion caps heated red hot in a coke stove and hurriedly fitted back into the combustion chamber. There were cheers as the engine fired and when it reached 4,000 rpm. It was swiftly switched off - there was no speed governor fitted. The Perkins engine was born.

1933 The engine was the basis for the Wolf series, used in Commer trucks.

The firm converted many trucks and vans from petrol to diesel.

1937 The remarkable P6 engine was designed with prototypes running 6 months after the original blueprints. The revolutionary P6 firmly established Perkins in the diesel market developing 83bhp at 2400 rpm.

c.1937 The company started to make a profit.

1938 The engine range included Wolf, Lynx, Leopard I and II engines in vehicle, industrial, marine and agricultural versions, with specifications to cover 650 different applications. Frank had already acquired land at Eastfield for expansion with his vision of becoming a world leader. Perkins had started its rapid growth path to provide the world's diesel power needs.

WWII the Air Ministry commissioned the company to provide engines for air–sea rescue launches, which constituted the bulk of the company's production during the war.

1947 The company moved to a new factory at Eastfield, outside Peterborough.

New engine, R6, was developed too quickly and not properly tested; customers were dissatisfied.

1959 Massey-Ferguson bought all the shares in Perkins, which continued to produce engines at Peterborough.

1998 Caterpillar purchased the Perkins Engines Company from LucasVarity in 1998 for US$1.35 billion.

Worldwide one in five tractors is powered by a Perkins engine.