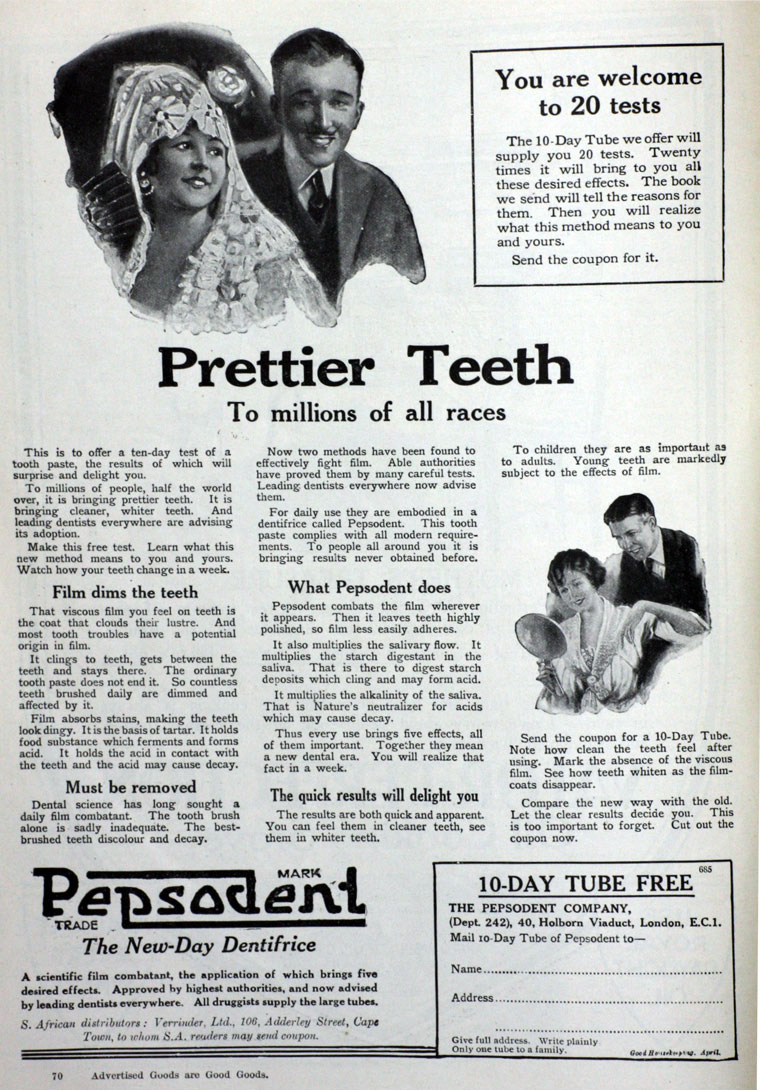 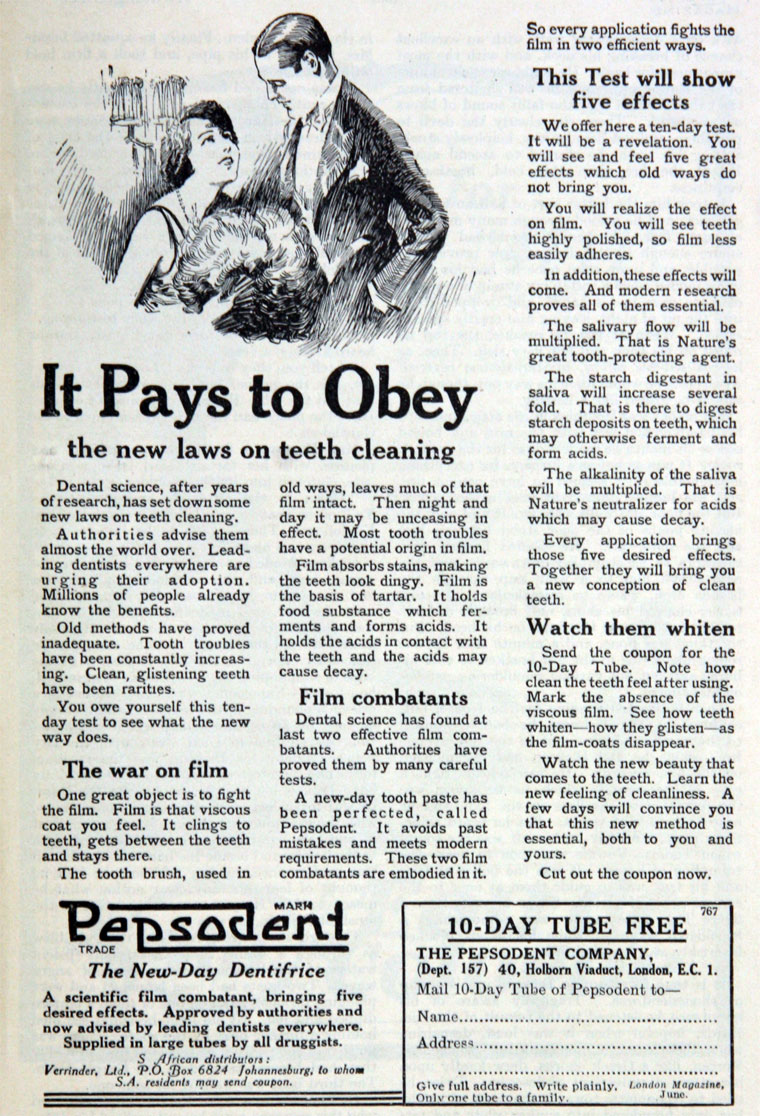 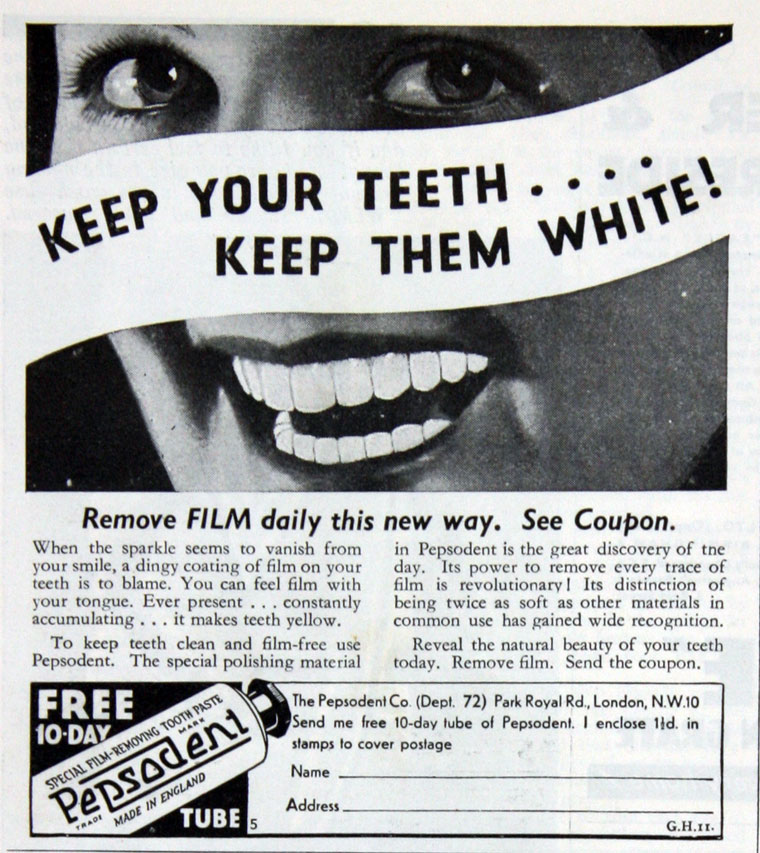 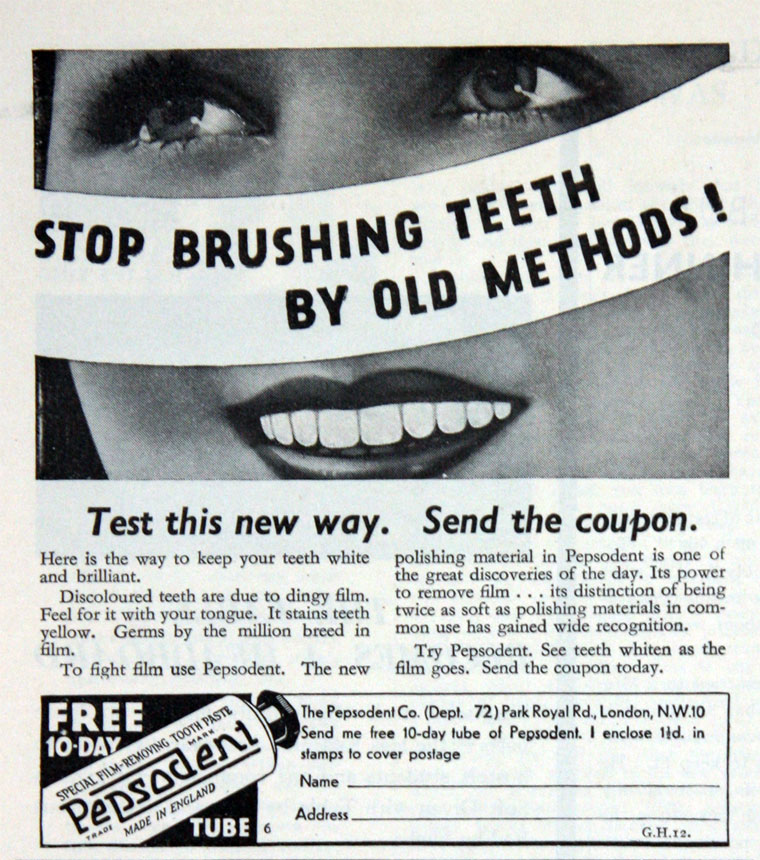 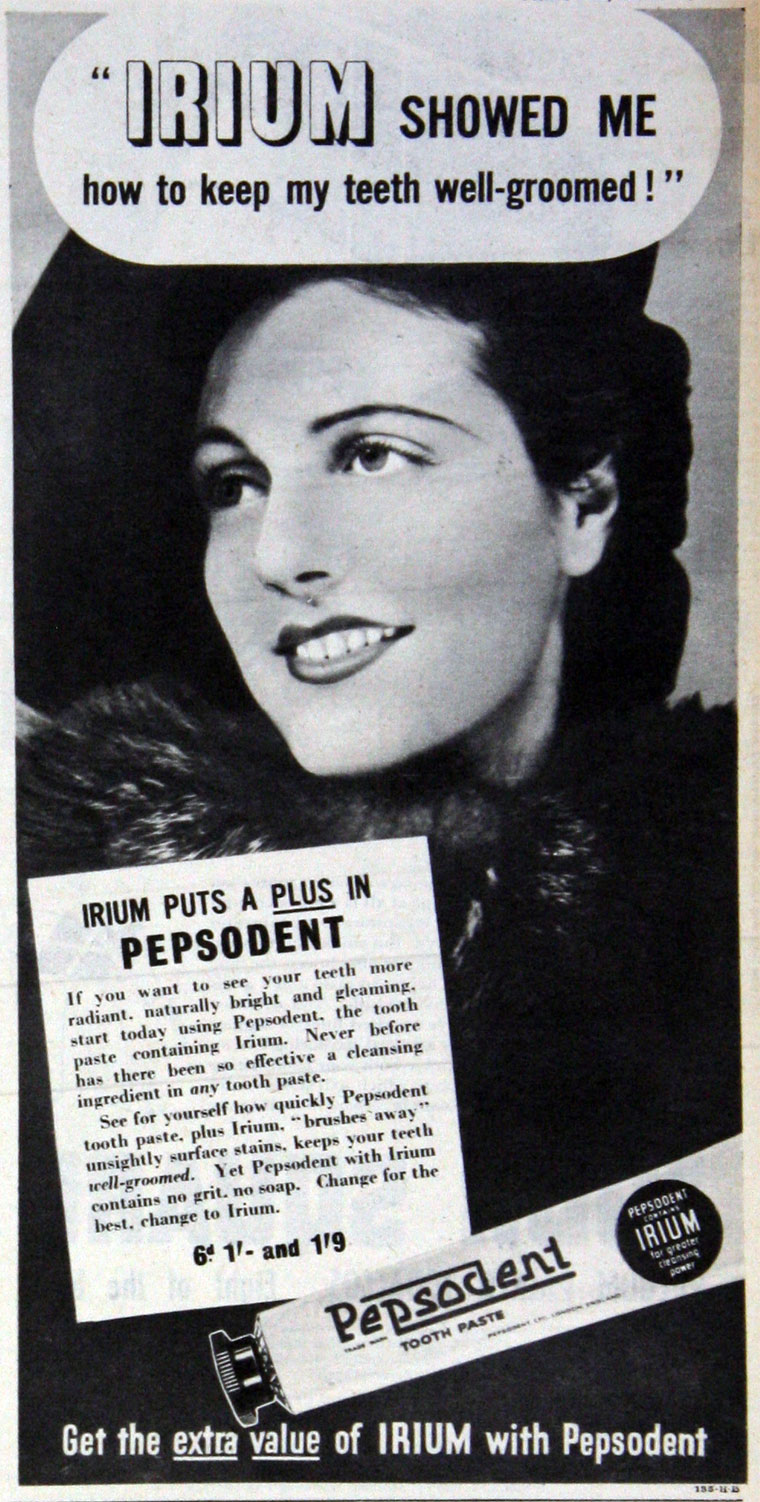 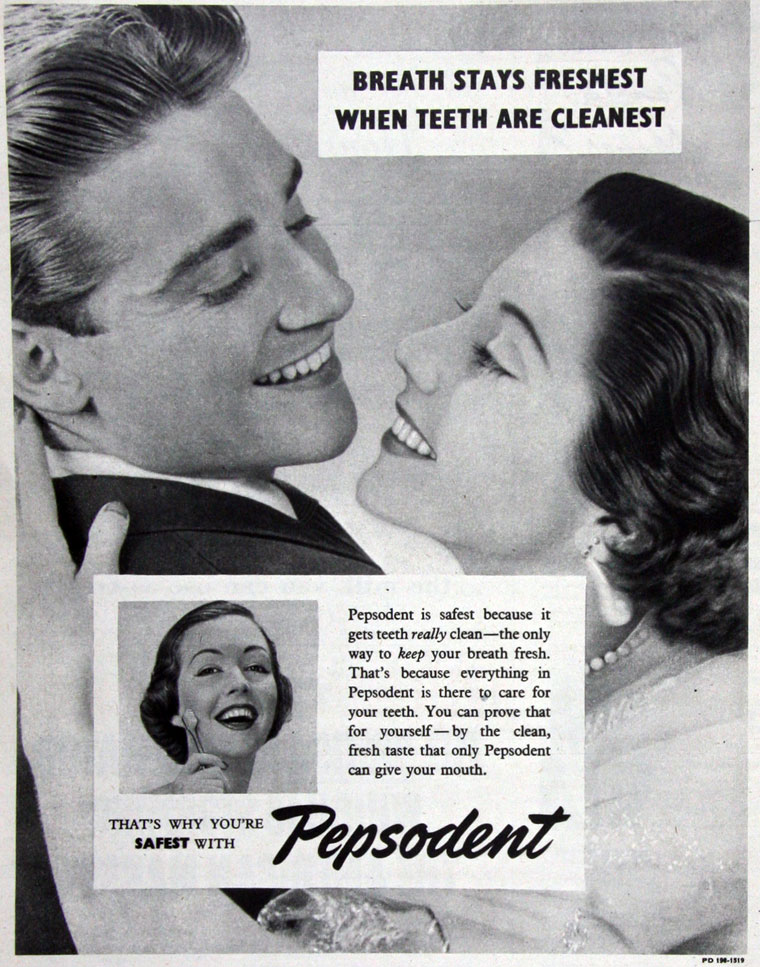 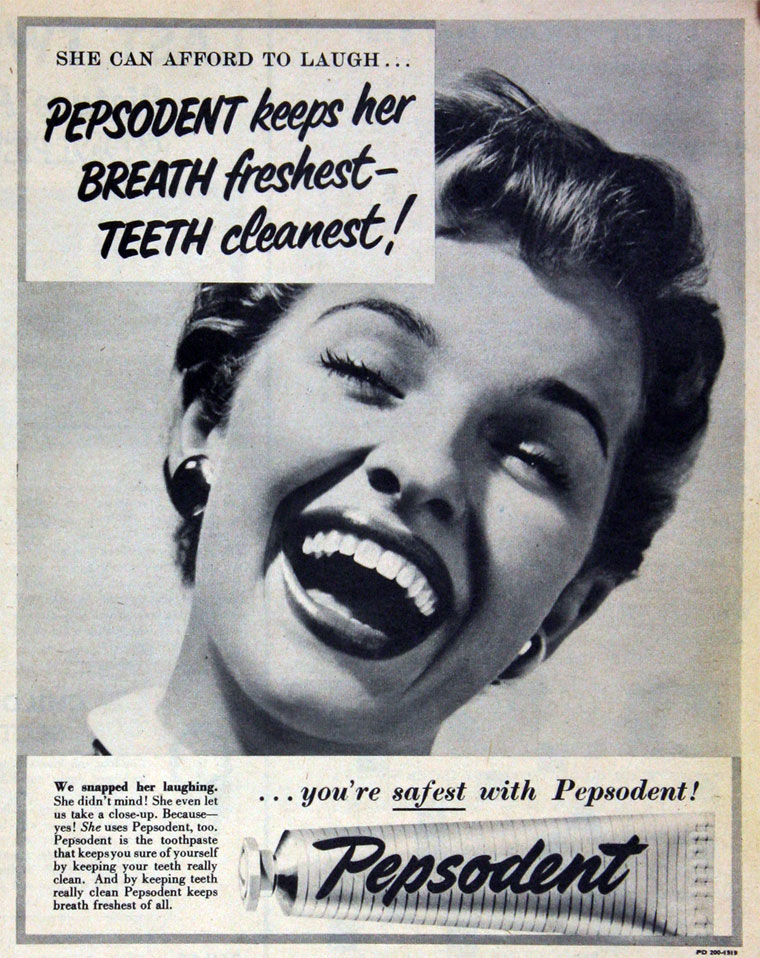 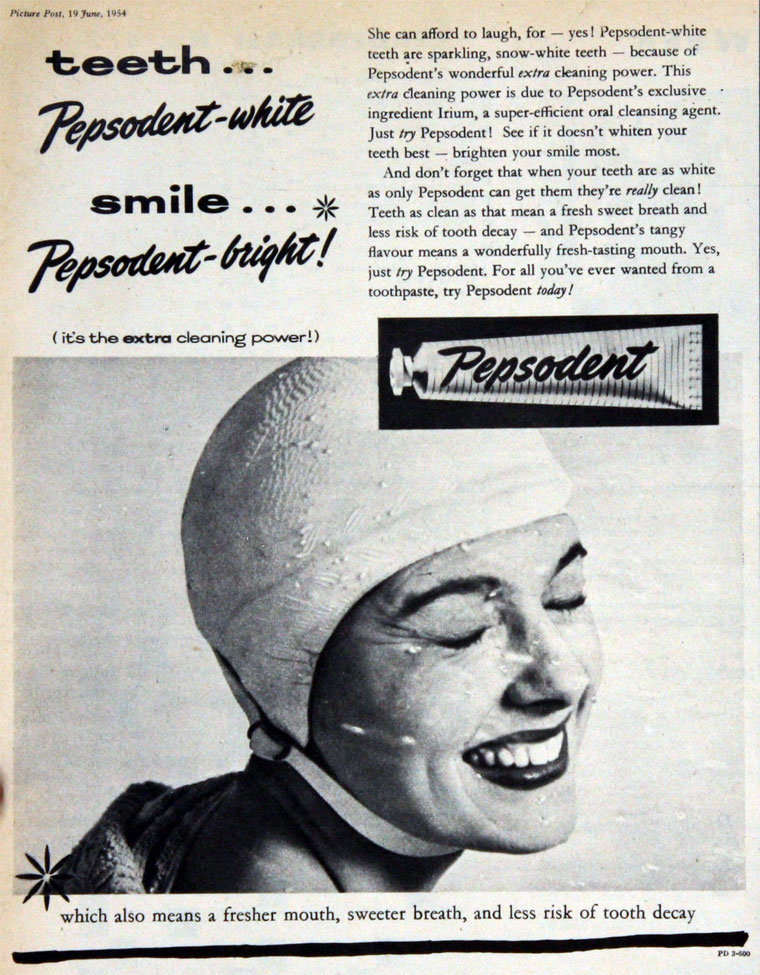 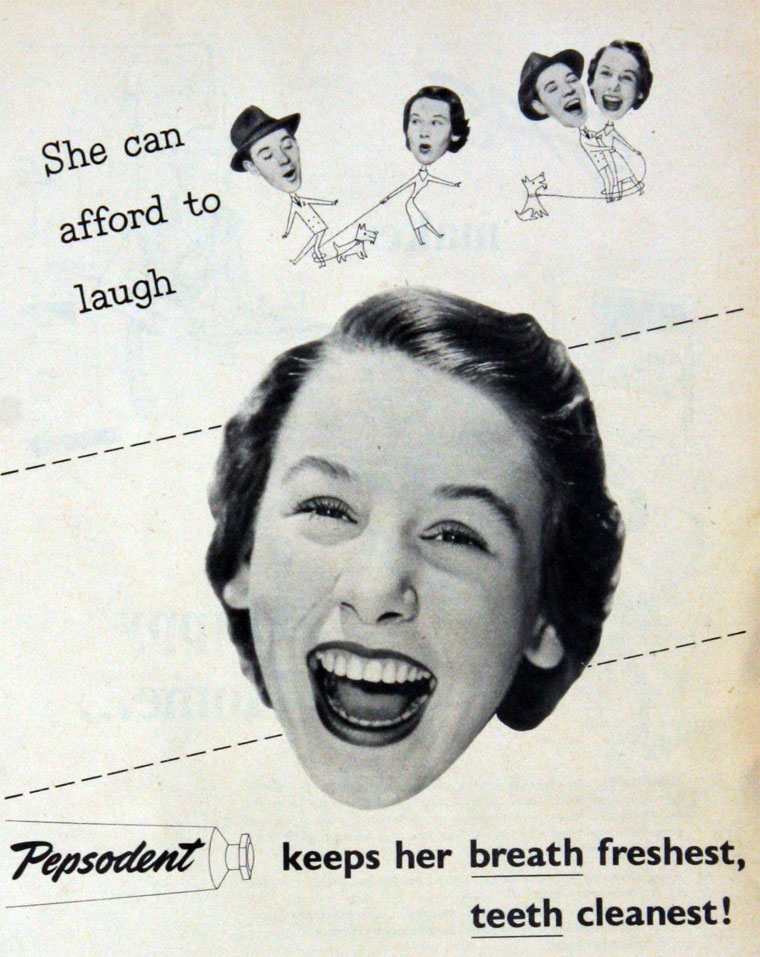 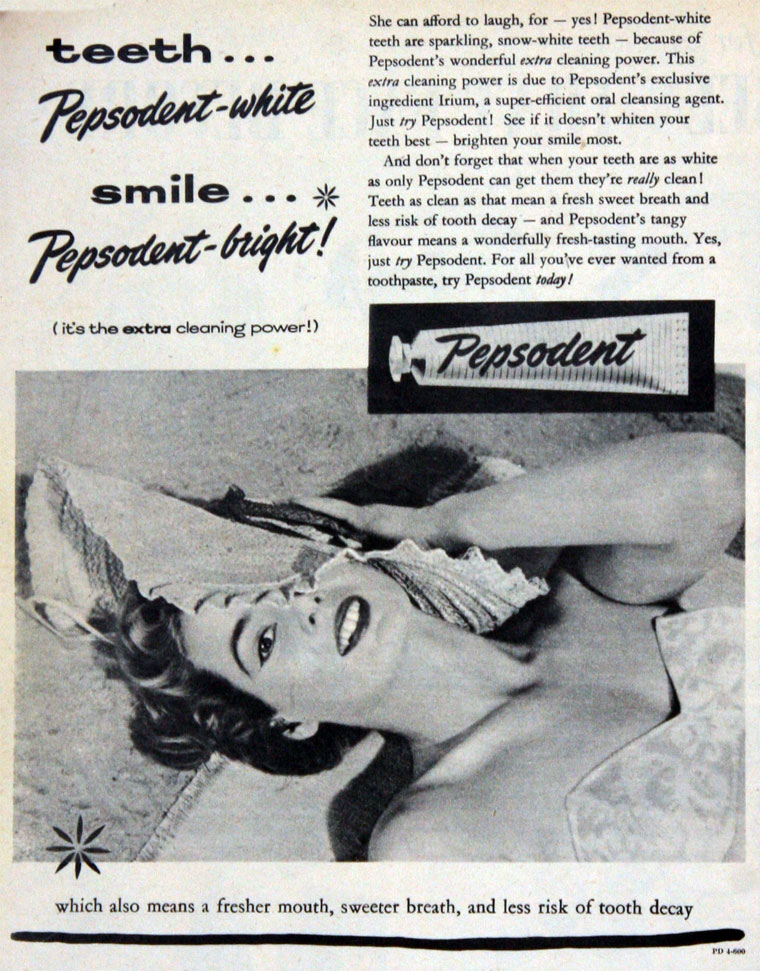 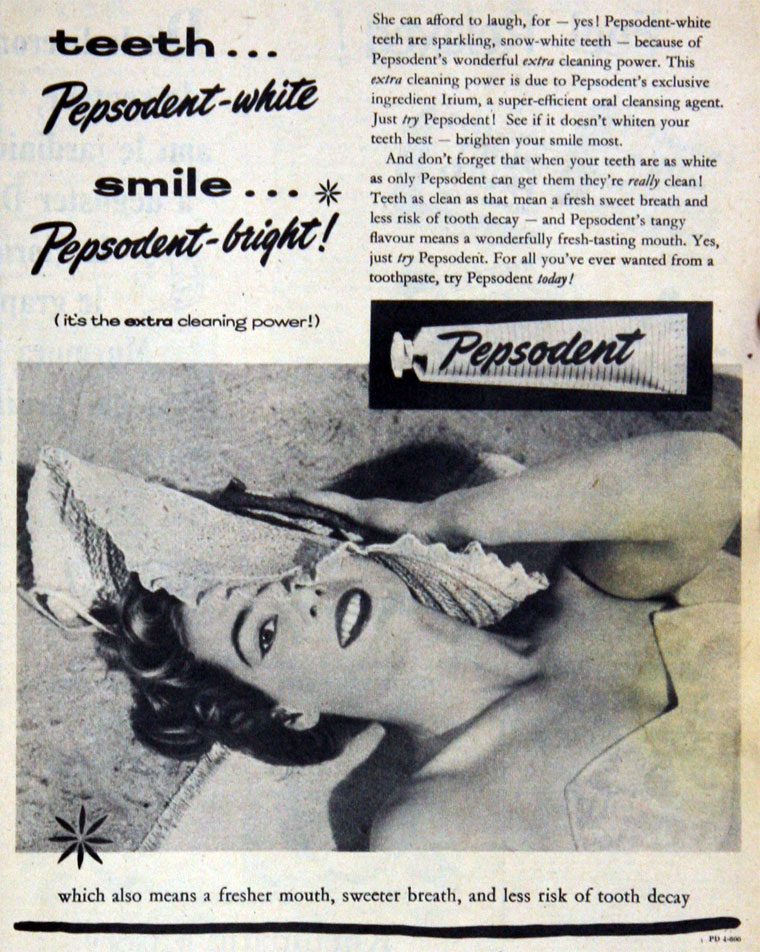 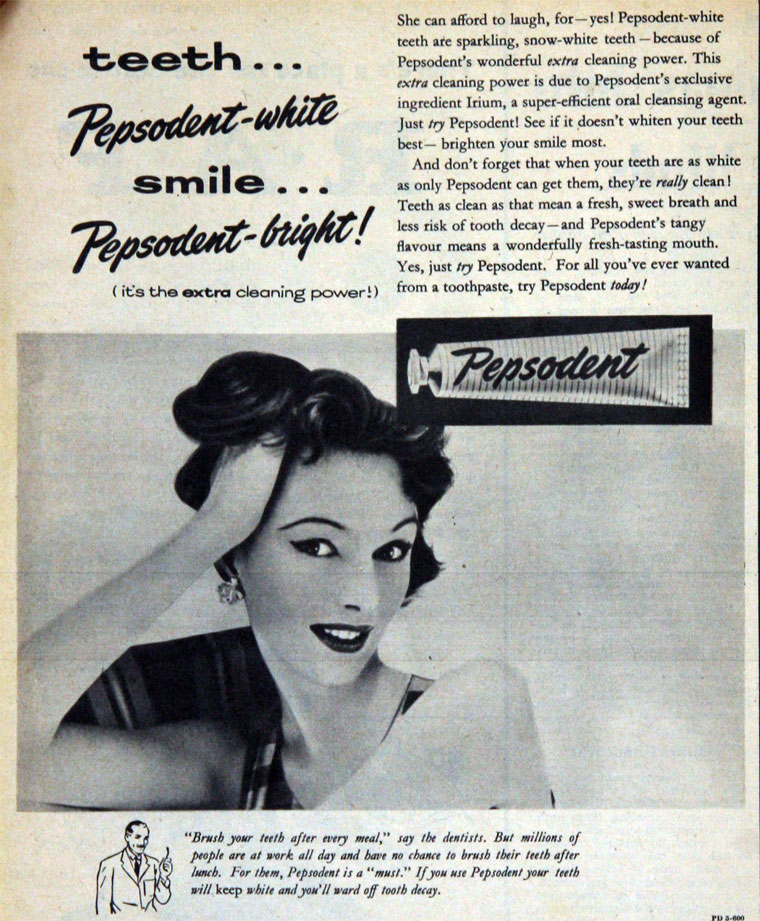 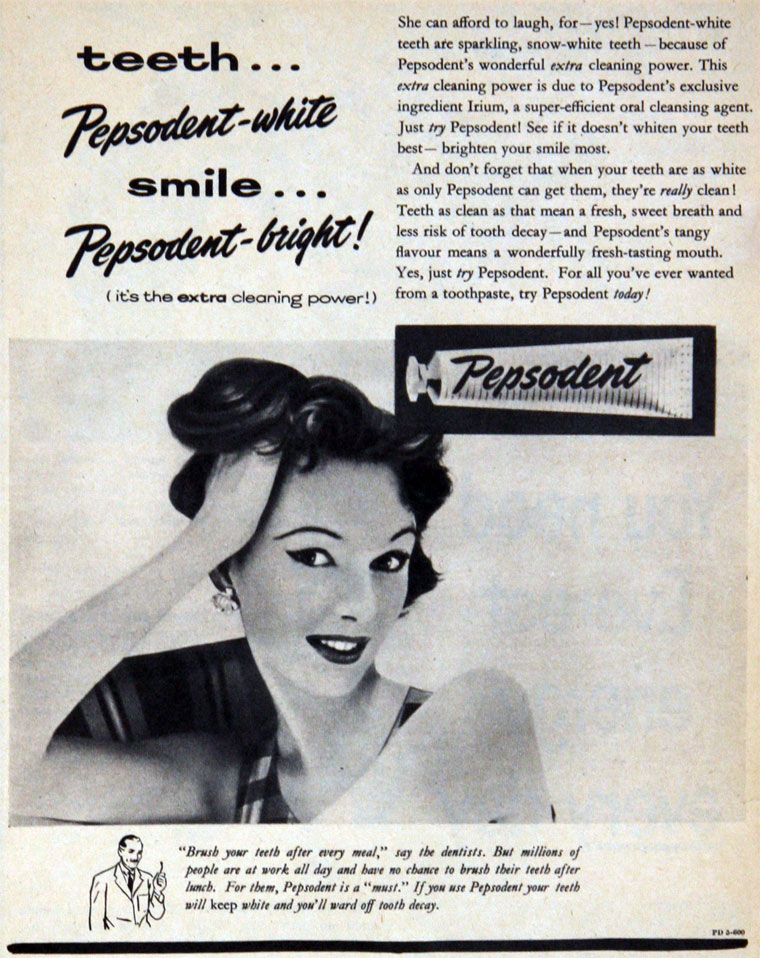 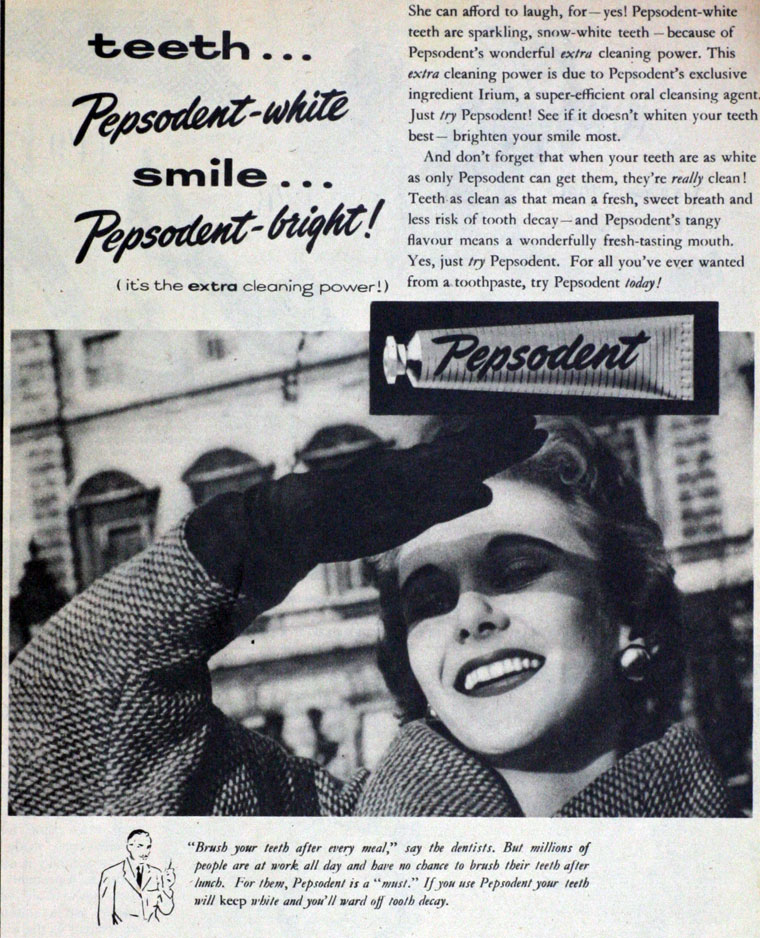 Pepsodent is a brand of toothpaste with a wintergreen flavour. It was formerly owned by Unilever. (but, since 2003, by Church and Dwight in USA).

It was advertised for its purported properties fighting tooth decay, attributed in advertisements to the supposed ingredient Irium. Irium is another word for sodium lauryl sulfate, an inexpensive ionic surfactant.

Its best-known slogan was “You'll wonder where the yellow went / when you brush your teeth with Pepsodent!” [1]