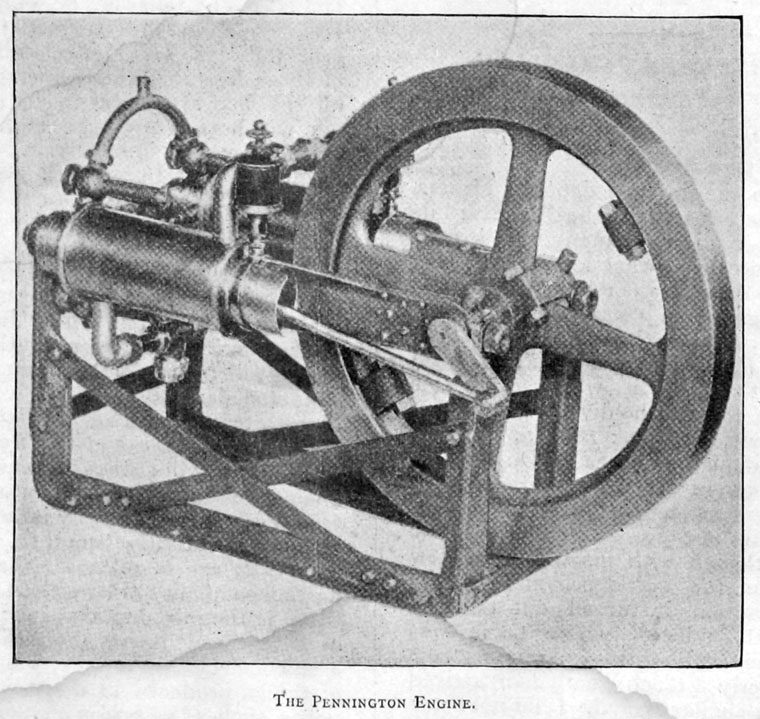 1896. Exhibit at the National Motor Museum.

1896. The Pennington Tricycle. The Challenger of the Winner of the 1896 Paris-Marseilles-Paris Race.

1896. Plan of the Pennington Motor Tricycle. 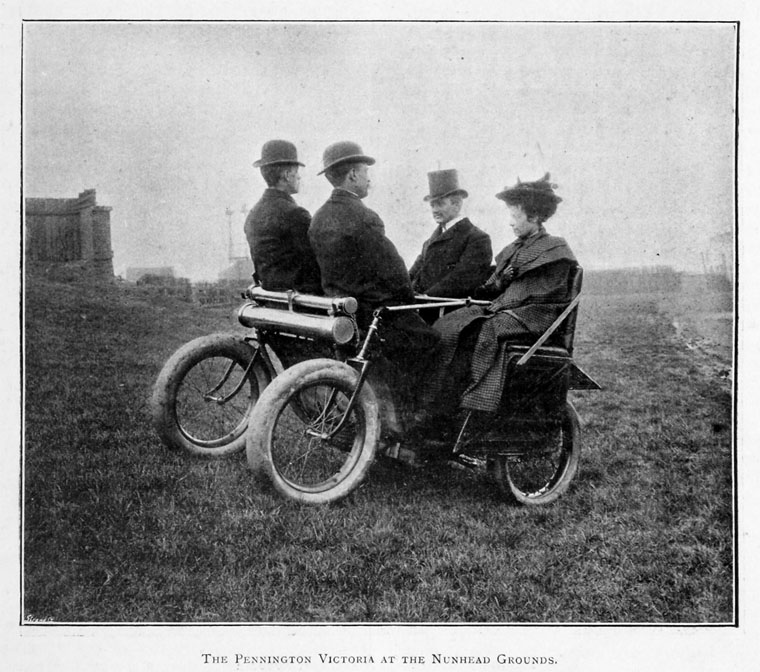 1896. The Pennington "Victoria" at the Nunhead Grounds. 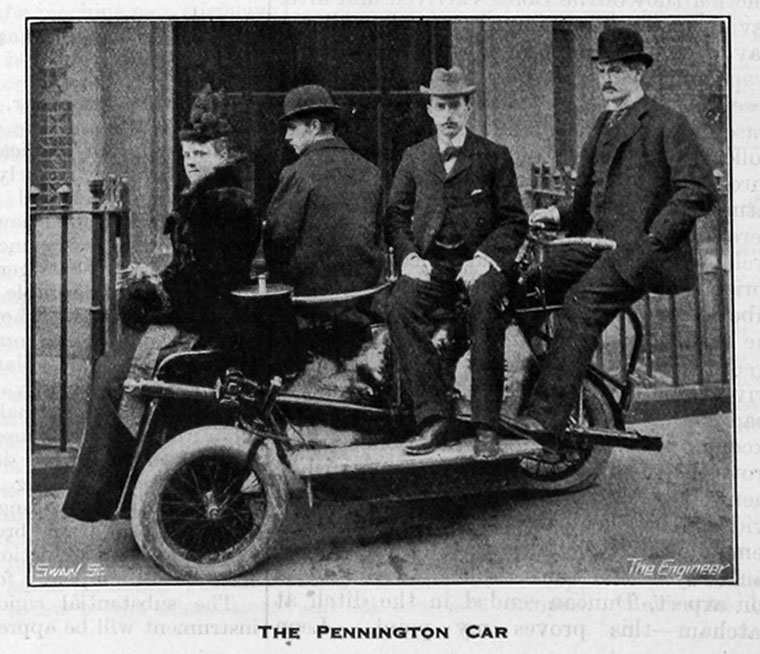 Pennington were motorcycles and other vehicles produced from 1896 to 1898, to a design by an Edward Joel Pennington, an American businessman who was born in Franklin, Indiana, in 1858.

As a boy he showed remarkable engineering aptitude and as he developed into manhood he displayed remarkable initiative, charm and persuasiveness. With these attributes it was not long before he was running his own factory and at the age of twenty-three had patented a reciprocating head for planing machines, the first of a continuous stream of patents which flowed from his active brain until his death in 1911.

c.1895 The English rights to the Kane-Pennington motor vehicles and engine were licensed by Harry Lawson; 2 machines were built by the Humber firm in Coventry; there was a lot of advertising and many extravagant claims.

A motorcycle and a tandem were built. The engines had two cylinders with no fins and direct drive. Low-tension ignition provided what was claimed to be a 'long-mingling spark'. On test, the machine was reported to have a speed range of 8mph to 48mph. Ignition usually failed, but if the machine did go successfully, it could run for 10 miles/16km - even though the cooling was so poor.

1896 Pennington also offered a three-wheeled Torpedo Autocar - this had two cylinders and a duplex frame. In 1898 there was the Raft Victoria with front-wheel drive, rear-wheel steering and rope transmission. Both of these were equally as far-fetched as the motorcycle.

1898 September. Article by Hugh Dolnar covers Pennington's work and has images of him. Also letter.[1][2][3]

1899 Manchester Motor Car Corporation advertised the "New Pennington Motor Cars", for which it was agent.

1899 Stradling and Plenty advertised the New Pennington cars made by Pennington and Baines.[5]

1900 The designs reappeared as the Lawson 1900-1901, having been acquired for a reputed £100,000, but the huge production that was expected to recoup that vast amount of money never happened.