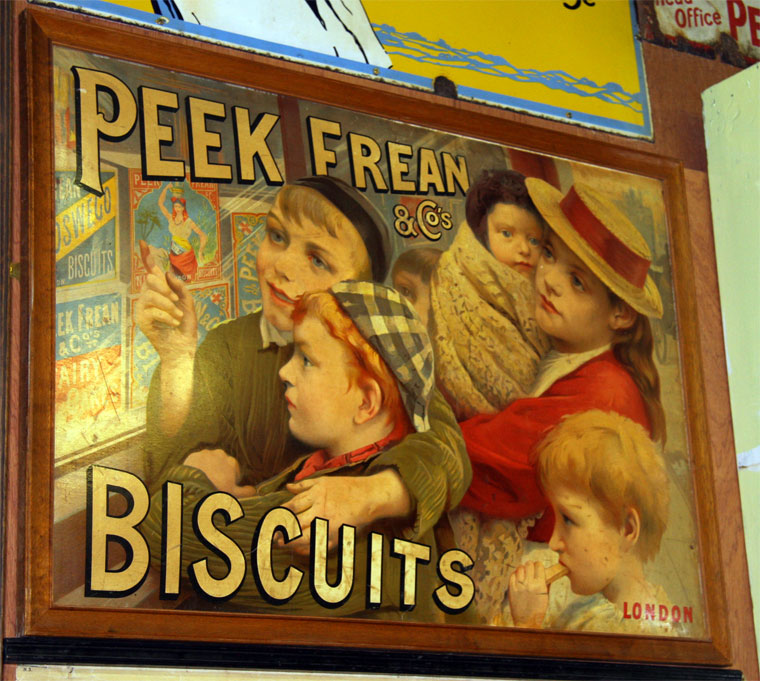 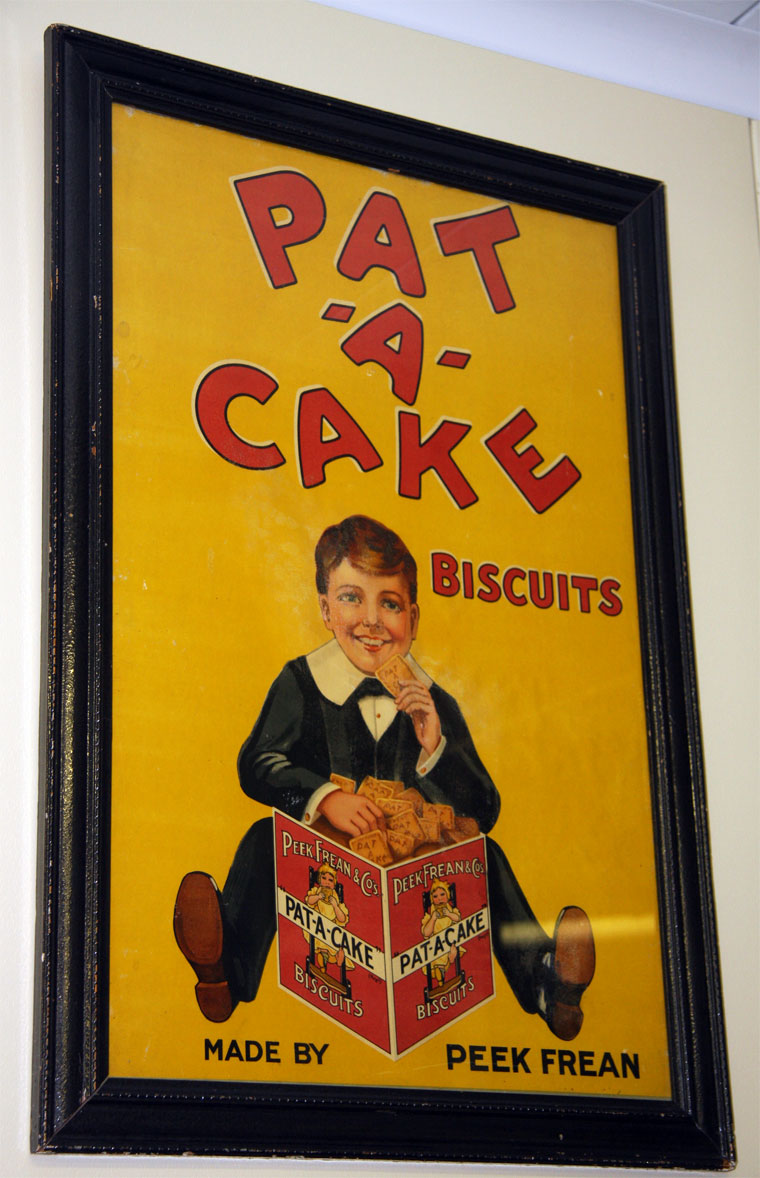 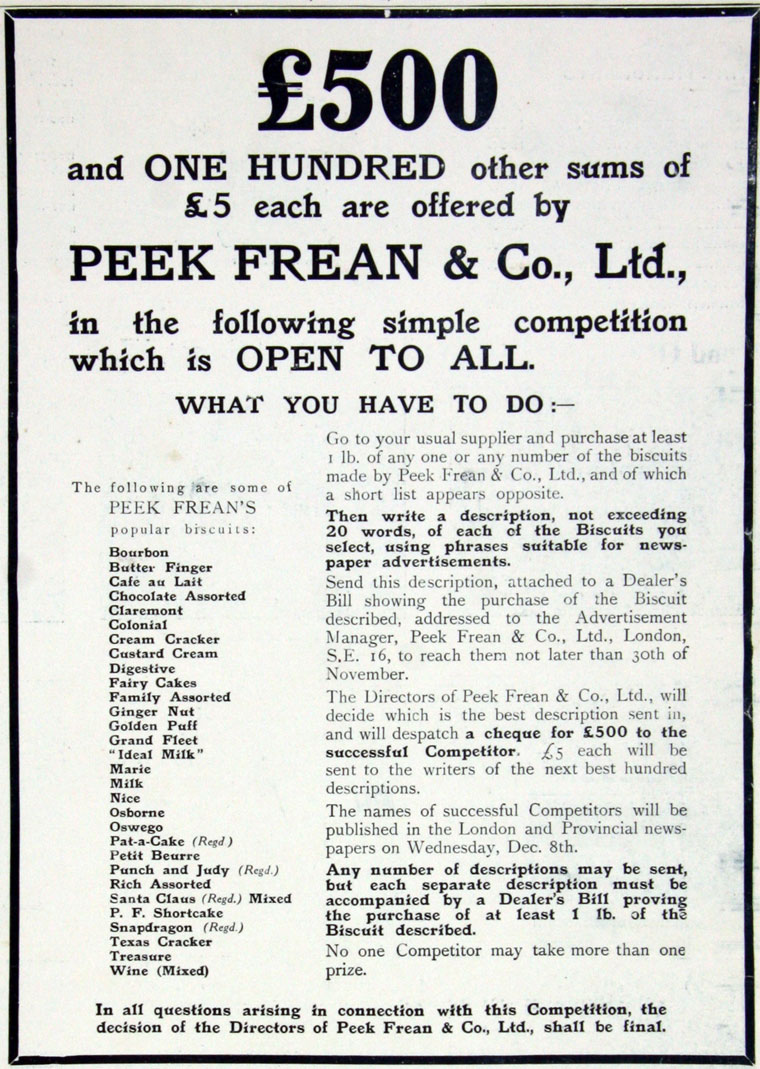 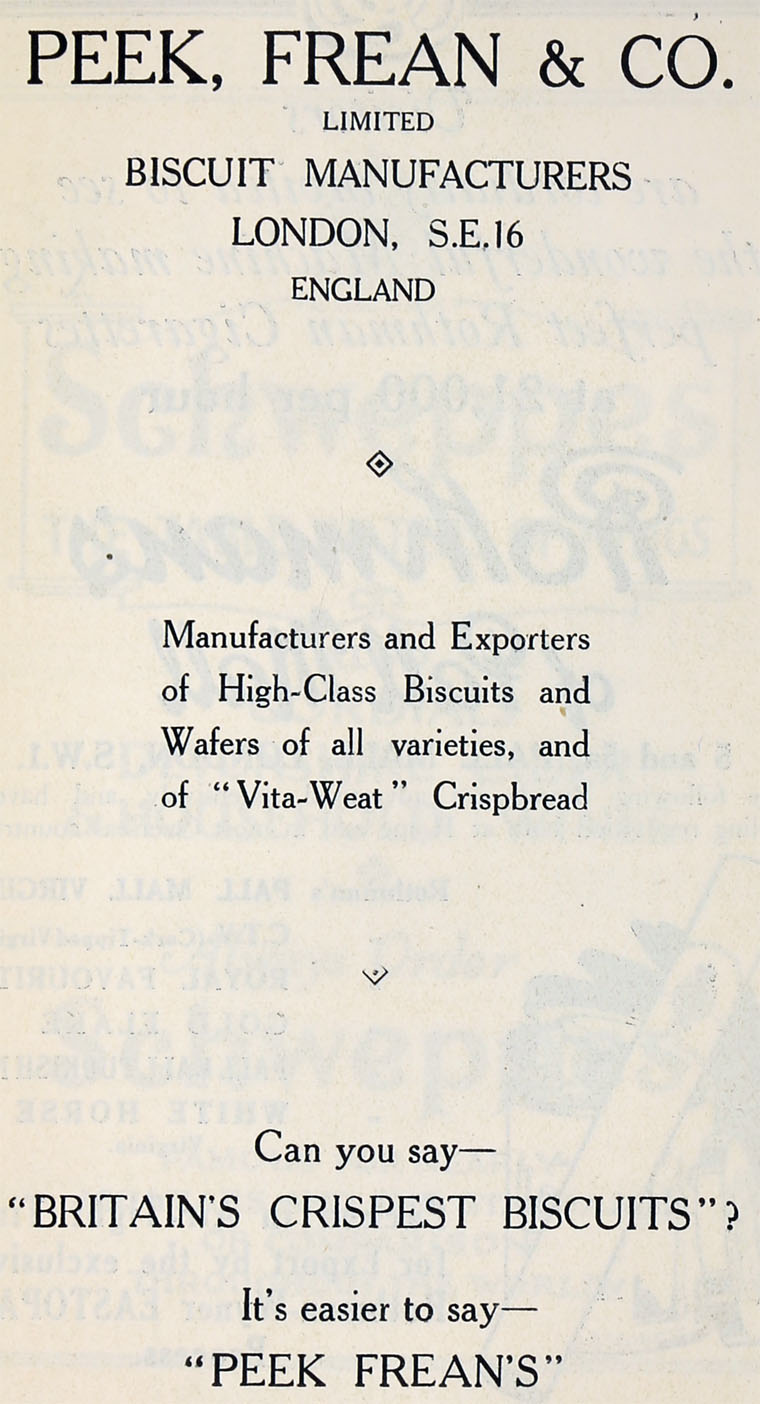 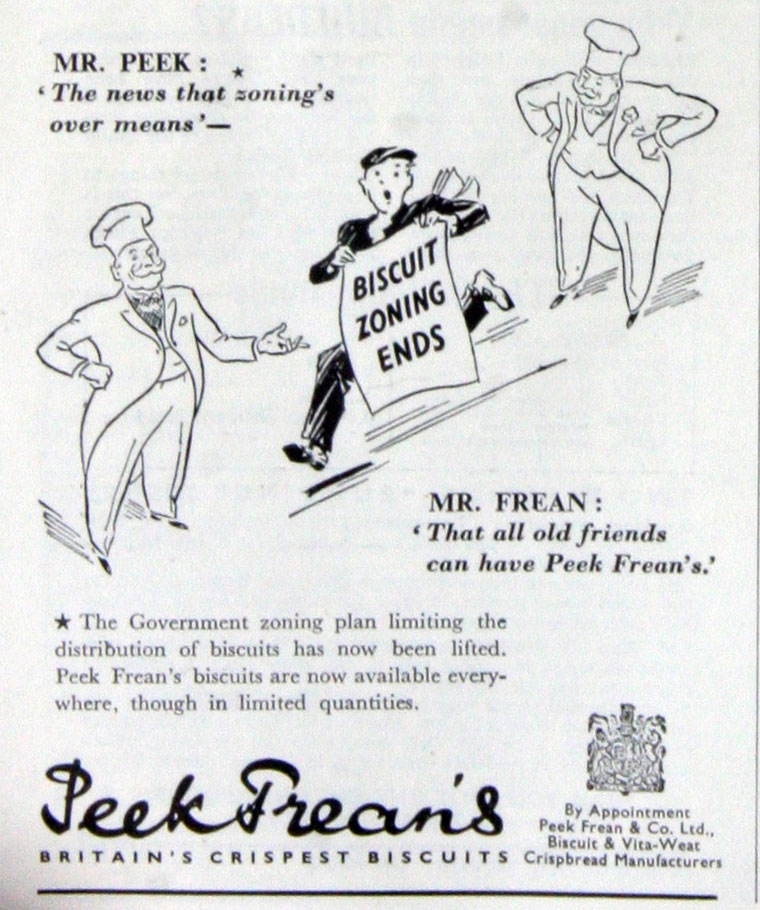 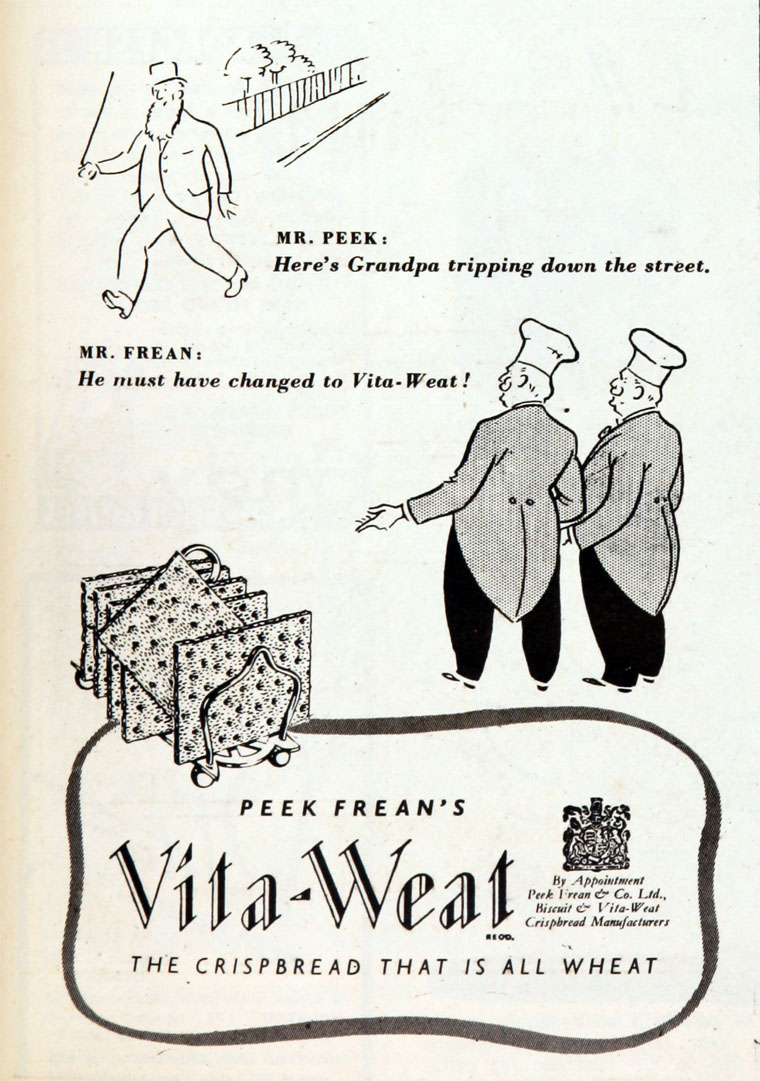 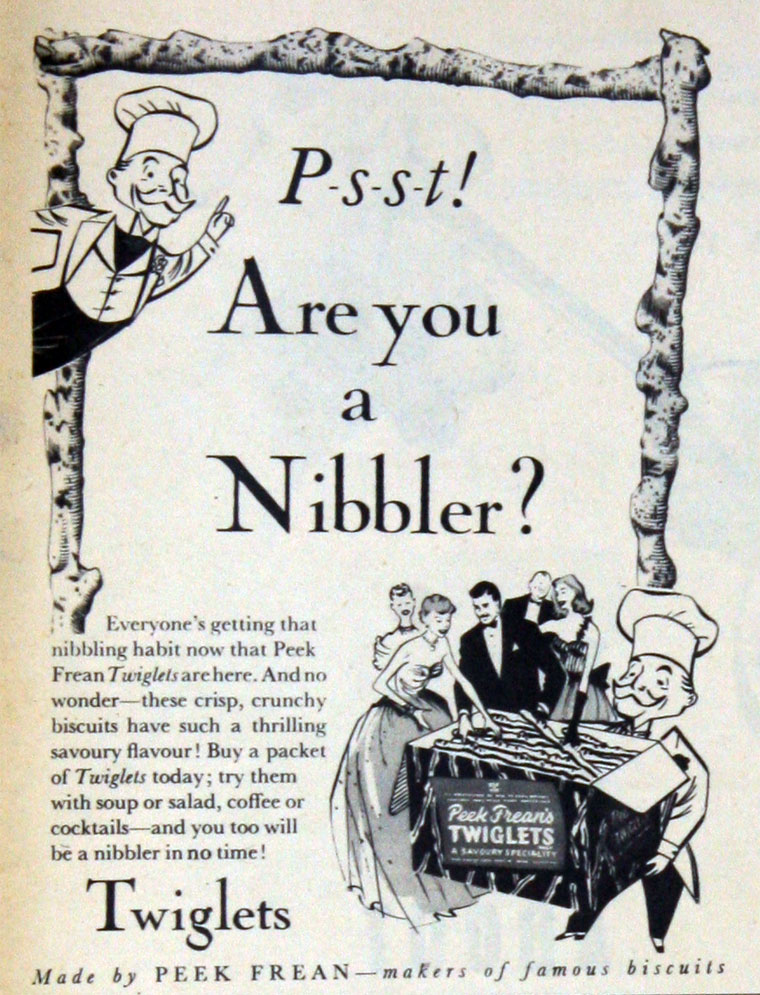 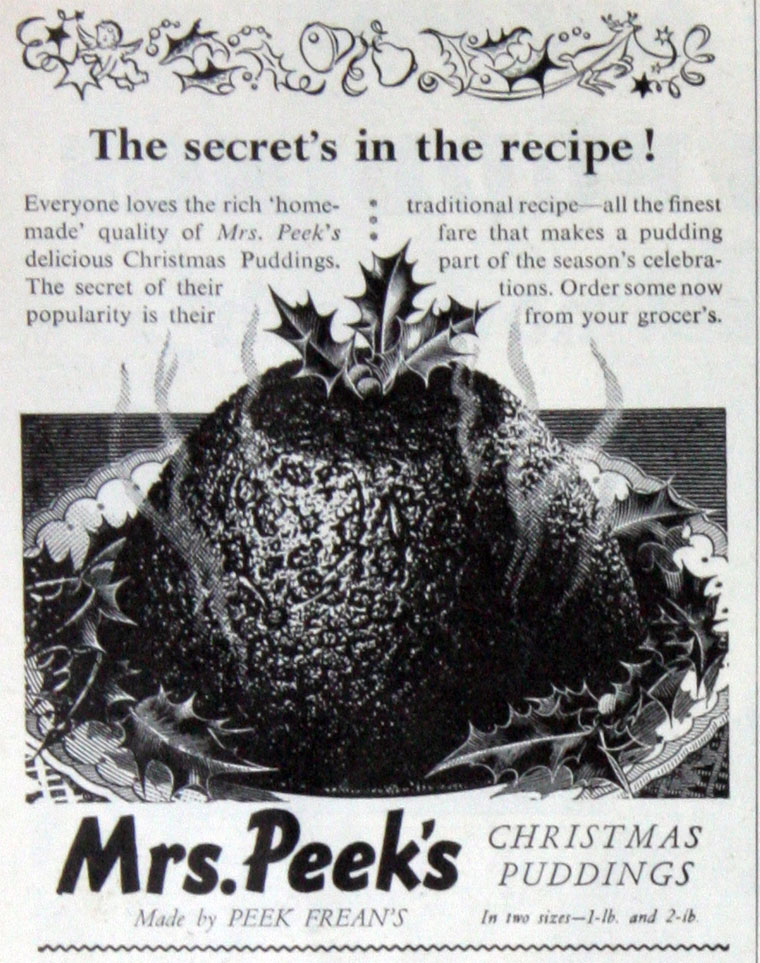 Peek Freans is a company which manufactures biscuits and similar confectionery. It is owned by Nabisco.

1857 The company was founded in England by James Peek and George Hender Frean. The business was set up in the Bermondsey area of London to manufacture biscuits.

1861 The company started exporting biscuits to Australia and later to other overseas destinations.

1866 They moved to a larger plant in Bermondsey.

1870 The company was exporting to Canada.

1876 By this time, James Peek had left the company and was replaced by other partners.

1901 The company was registered on 22 March, to acquire the business of biscuit manufacturers of the firm of the same name. [1]

1921 The company joined Huntley and Palmers to become a subsidiary of Associated Biscuit Manufacturers.

1924 They established their first factory outside the UK, in Dum Dum, India.

1929 British Industries Fair Advert as Manufacturers and Exporters of High-Class Biscuits, Wafers of all Varieties, and of "Vitawheat" Crispbread. (Foodstuffs etc. Section - Stand No. K.16) [2]

1949 saw the establishment of their first bakery in Canada. The bakery, which is in East York, Ontario, is still in production.

1994 The company was acquired by French company Danone.