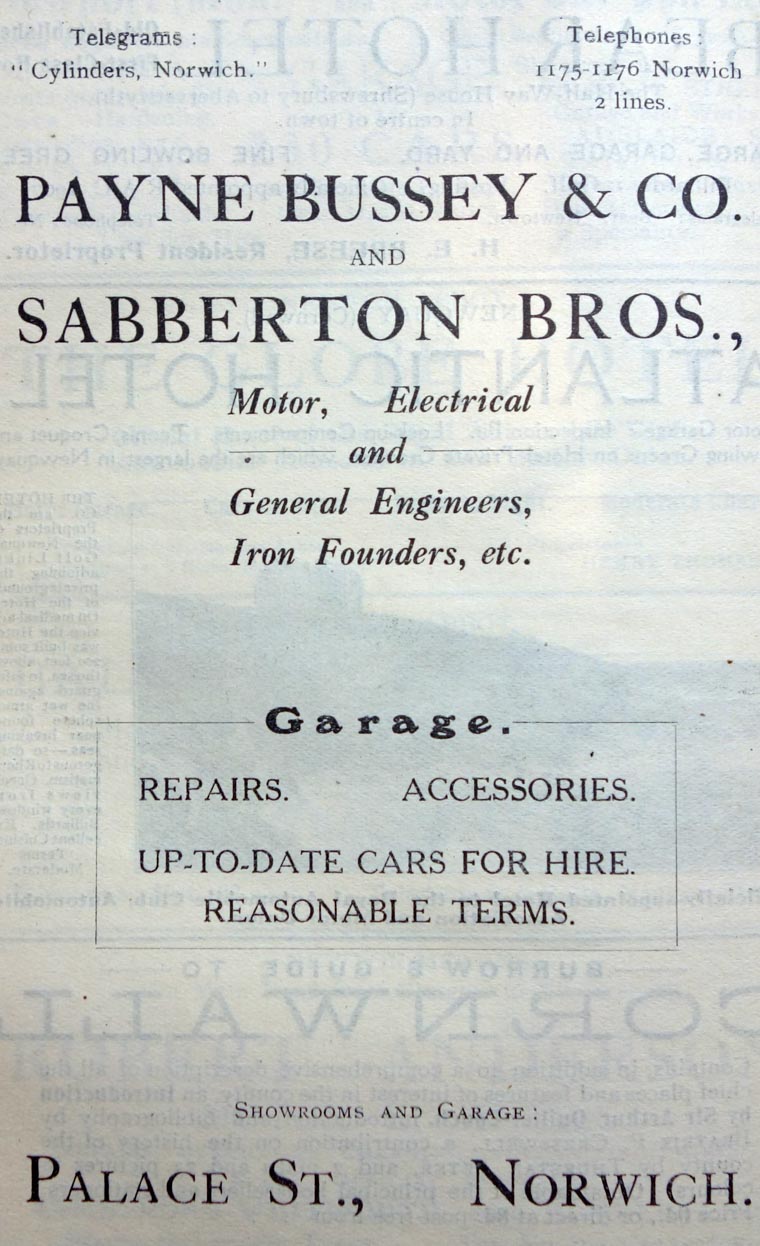 1915 Partnership change. '... us, the undersigned, Frederick Arthur Percy Payne, Charles Reginald Bussey, and Bertie Ernest Payne, carrying on business as Motor and General Engineers, at St. Martin-at-Palace Plain, Norwich, under the style or firm of "PAYNE, BUSSEY AND CO.," has been dissolved by mutual consent as from the first day of January, one thousand nine hundred and fifteen. All debts due to and owing by the said late firm will be received and paid by the said Frederick Arthur Percy Payne and Charles Reginald Bussey, who will continue to carry on the said business in partnership, •under the style of Payne, Bussey and Co...'[1]