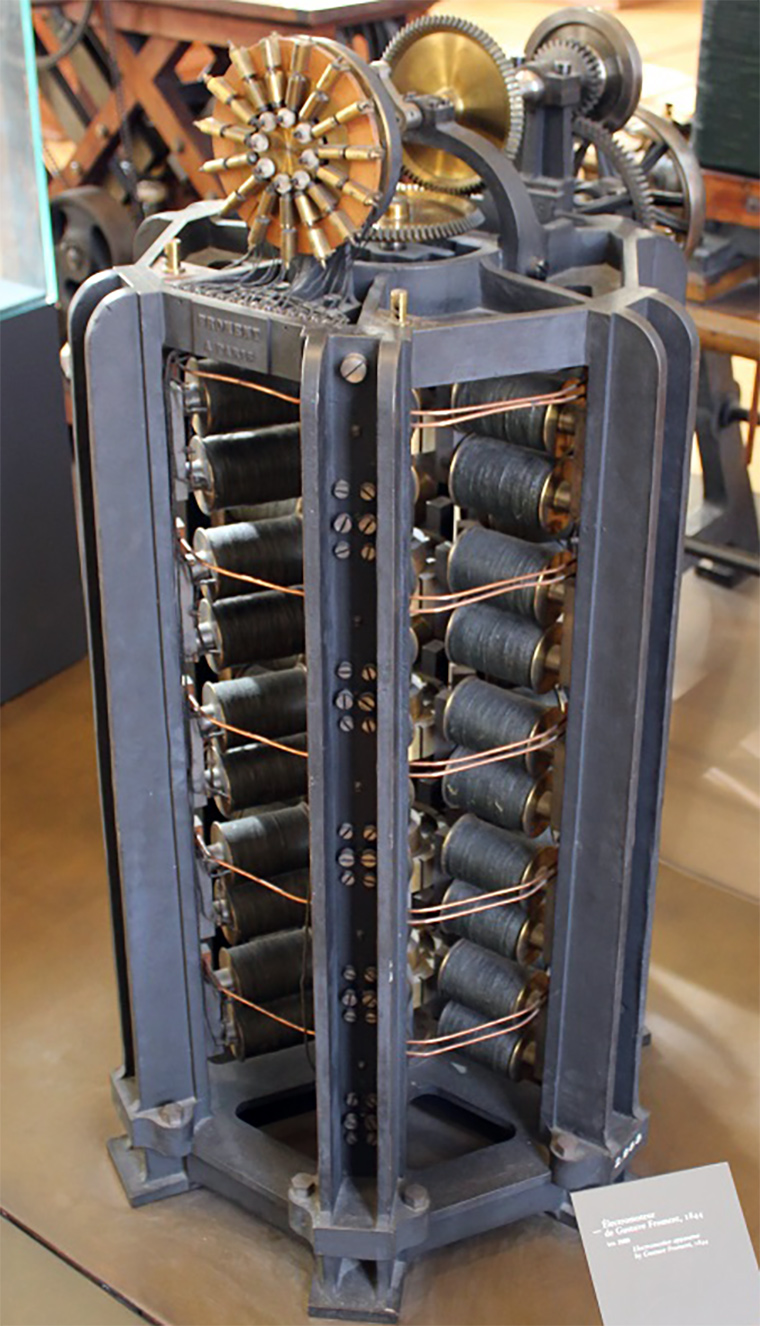 Born in Paris 3 March 1815. Studied at the Ecole Polytechnique in Paris. Continued his studies in Manchester. On his return to France he intended to build steam engines, but instead he opened a Paris workshop in 1844 where, among other things, he worked on a telegraph with written and keyboard signals, improved Gaetan Bonelli's electric loom and helped William Hughes (Manchester) improve his early typewriter.

He also worked on the gyroscope with Léon Foucault, for whom he also made the pendulum for his famous demonstration in 1851. In 1854 he built a simpler and improved version of Charles Shepherd's electromechanical clock.

The above information is condensed from the Wikipedia entry (accessed 1/5/19).

An 'Electromoteur' made by Froment in 1844 is on display at the Musee des Arts et Metiers.