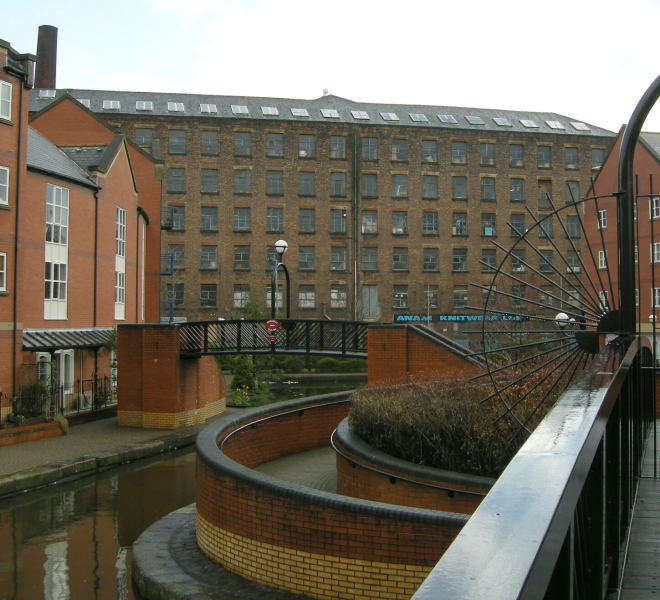 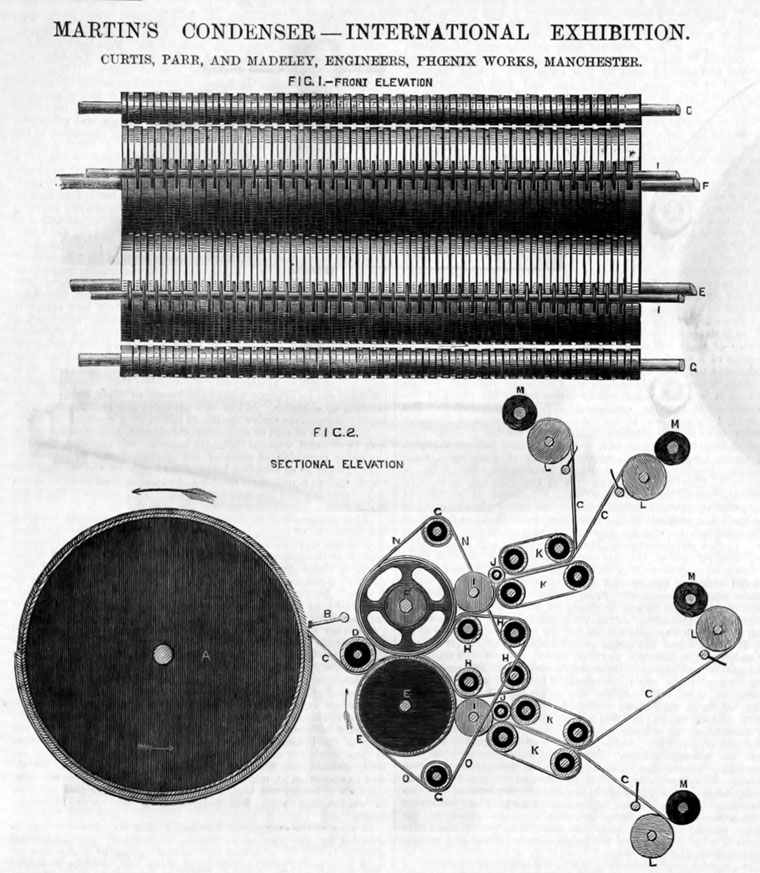 1838 August. Transfer of business. 'J. C. DYER begs to acquaint his Friends and the Public that the MACHINE MAKING BUSINESS lately carried on by him in Store street, Manchester, has been DISCONTINUED by him, and transferred to his Friends, Mr. GEORGE PARR, Mr. MATTHEW CURTIS, and Mr. WILLIAM MADELEY, by whom the said machine making business is continued, and carried on under the firm of Parr, Curtis and Madeley, as successors to J. C. Dyer. J. C. Dyer has also to inform the public that he has SOLD and DISPOSED of the entire STOCK-IN-TRADE and GOOD-WILL of his said business, together with the whole of the Machinery, Tools, Implements, and Utensils used and employed in and appertaining to the machine making business, as lately carried on by him in Store-street. . . [1]

1842. Fire at the Works. 'On Tuesday night another large fire took place in the extensive building chiefly occupied as a machine manufactory belonging to Mr. J. C. Dyer, situate on the south side of Store-street, a very short distance from the viaduct of the Manchester and Birmingham Railway. The building is one of very large dimensions; it is seven stories high, and about forty yards by twenty-five in extent. The whole of the building, with the exception of the upper story and attic, is occupied by Messrs. Parr, Curtis, and Madeley, machine manufacturers; the upper story and attic are in the occupation of Messrs. Curtis, Parr, and Walton, patent card manufacturers. The part of the building was fire-proof, with the exception of a small portion at the north end next Store-street. . . . The whole of the machines employed by Messrs. Curtis, Parr, and Walton, with the exception of six or seven that were got out before the flames had caught them, were totally destroyed. [2]

1851 July. Roof collapses. '. . . discovered that the entire roof of that portion of the extensive premises of Messrs; Parr, Curtis, and Madeley, which is devoted to iron founding, had fallen to the ground. The building, as usual in erections for this purpose, consisted of one Storey, and was one hundred and twenty feet long by 84 feet wide. The roof was of iron, and of the light description used for covering railway stations, . . .[3]

1851 Planing machine and screw-cutting lathe featured and although described as a planing machine, the illustration suggest that it is a travelling head shaping machine [4]

1853 Listed as makers of spinning machinery [5]

1861 Patent. '2552. And John Thompson, Edward Gerrard Fitton, and Frederick Alexander Fitton, Foremen in the employ of Messrs. Parr, Curtis, and Madeley, Machine Makers, in the city of Manchester, have given the like notice in respect of the invention of "improvements in machinery used in boring, turning, and cutting metals and other substances, part of which is applicable for driving other machinery."' [7]

1868 George Parr retires. '. . the Partnership lately subsisting between us the undersigned, George Parr the elder, Matthew Curtis, George Parr the younger, Richard Curtis, William George Madeley, and Robert Lakin, in the city of Manchester, in the county of Lancaster, as Machinists, Machine Makers, and Iron and Brass Founders, under the style or firm of Parr, Curtis, and Madeley, was dissolved by. mutual consent upon and from the 15th day of June, 1867, so far only as regarded the said George Parr the elder. . .[10]

1895 Similar listing continued in Slater's Manchester & Salford Directory, 1895 (Part 2), but with the addition of John Hetherington and Sons proprietors

A railway wheel lathe supplied to Norway in 1853 had a remarkably long working life, and is preserved in the Norwegian Railway Museum (Norsk Jernbanemuseum, Jernbaneverket)[11]. Their website has photographs of the lathe on display and also in its working life [12]

'TERRIFIC FIRE IN MANCHESTER. £100,000 DAMAGE. One of the greatest fires which has taken place in Manchester for many years past occurred on Saturday night, when the premises of Messrs. Parr, Curtis, and Madeley were destroyed, and damage done to the extent of between £100,000 and £120,000. Messrs. Pair, Curtis, and Madeley are the largest self-acting mule manufacturers in the kingdom perhaps, and they employed no less than 1,780 work-people. This fire will consequently have a most disastrous effect, inasmuch as it will throw this number of hands out of employment, at least for some time to come.

The premises of the firm, which are called the Phoenix Works, are situated in Chapel-street, Ancoats, and some idea of their extent may be gained when we state that they covered an area of 10,000 square yards, or two acres of land. The main building, which is used as the manufactory, and which had the principal front to Chapel-street, was eight storeys high, each story having twenty-eight windows in the front. Behind the main building there was a yard ten or twelve yards wide, and running parallel with the main building there were erected a number of joiners' and other workshops, and at each end of these shops there was a wing which joined the main building. This portion of the building was four storeys high. Adjoining the works at the end nearest to Ancoats-lane, and only separated by a court of a few yards wide, there is a cotton mill, the property of Messrs. Parr, Curtis, and Madeley, which is at present worked by Messrs. Haworth and Co. The main building we may state was erected in 1845, and it was not constructed upon the fireproof principle.

About a quarter to six o'clock on Saturday night information was conveyed to the Town's Yard that the very extensive works we have described were on fire. Mr. Rose, with an engine and a body of firemen, proceeded as quickly as possible to the scene of the fire, and ordered the remaining nine engines belonging to the brigade and the remainder of the men to follow him. When Mr. Rose got to the works in Chapel-street he found the whole of the joiners' shops, or the four-storey building, were in flames, and a strong -east wind, which was blowing, carried the flames across the yard to the body of the main building. The sixth, seventh, and eighth storeys were soon exposed to the fierce fury of the flames, and the heat thrown out was most intense. In the meantime the fire progressed along the west wing, and extended into the main building, on the fourth fifth, and sixth storeys. The floors of the various storeys were saturated with oil. In the joiners' shops there was a large quantity of wood, and. owing to the wind, the fire spread with lightning-like rapidity. From what we have stated it will be seen that the difficulties which Mr. Rose had to contend with were quite great enough, but a difficulty of another kind beset him, which fortunately he has rarely had to encounter. On his arrival he found a large number of the men who had been employed at the works present, and some of these persons were in a very excited state. A number of them had entered the main building and fortunately succeeded in saving the books, and then they began to throw pieces of iron, &c, out of the windows indiscriminately, to the great danger of Mr. Rose and his men. In fact one piece of iron thrown out of a window struck Mr. Rose on the head, and had it not been for his hat breaking the force of the blow, the consequences to him might have been very serious. Mr. Rose desired the men to desist, and to leave the management of the fire to himself and the fire brigade. They however refused, surrounded Mr. Rose, and laid hold of him, and he had to use something like rude physical force to free himself from their grasp. From the first Mr. Rose had no hopes of saving the main building, the joiners' shops, or the wings, and therefore he very judiciously directed his efforts to saving the cotton mill adjoining, and the moulding shops on the opposite side of the street, and in this he was successful. There were no less than twelve jets brought into requisition at this fire, and although the whole of the jets were for a time brought to bear on the main building, they had not the slightest effect in subduing the flames. When the whole building became a perfect mass of flame the sight was something awfully grand. In the various rooms of the buildings destroyed there were three hundred tons of metal being used in the process of manufacture, and if we estimate the stationary machinery at the same weight, we believe we shall be pretty near the mark. As the fire progressed, the floors of the various rooms, being thus heavily weighted, kept giving way in succession with tremendous crashes, and some of the walls fell in, damaging some cottage property behind considerably. The fire reached its greatest height at eight o'clock, but it was not until twelve o'clock that it was entirely subdued. Several of the principal partners in the firm were present at an early stage of the fire, and the Mayor of Manchester, (M. Curtis, Esq.,) also one of the firm, arrived about nine o'clock.