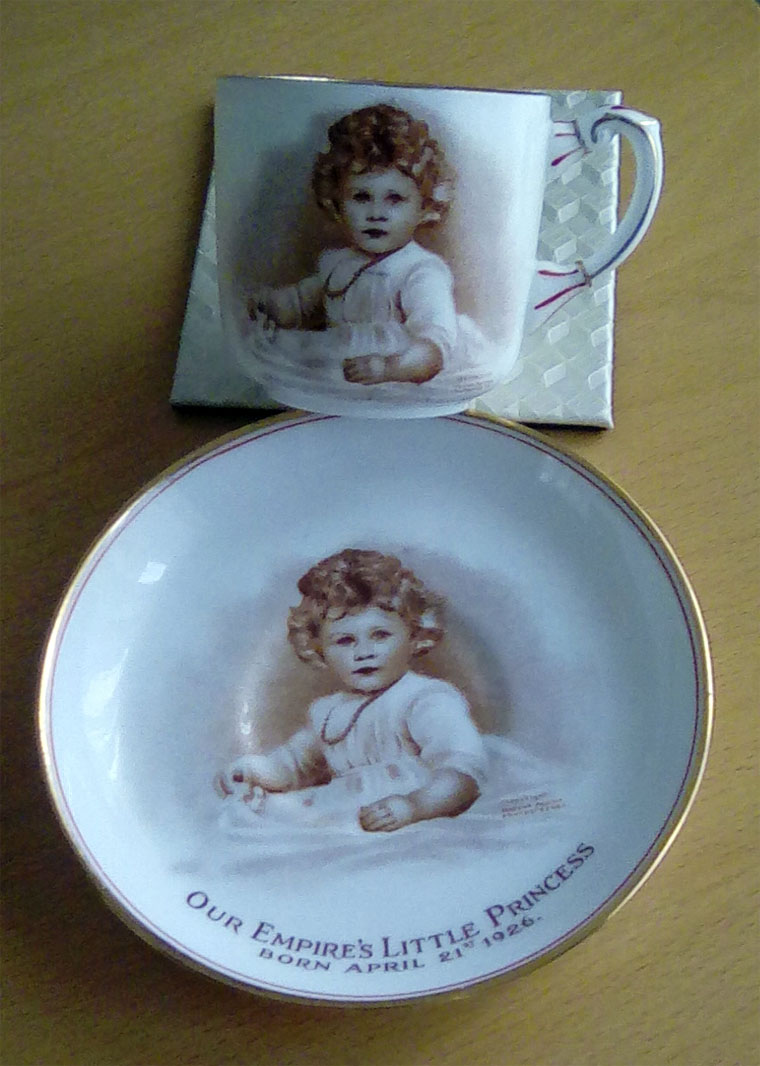 1926. China Cup and Saucer made by special permission of H.R.H. Duchess of York.