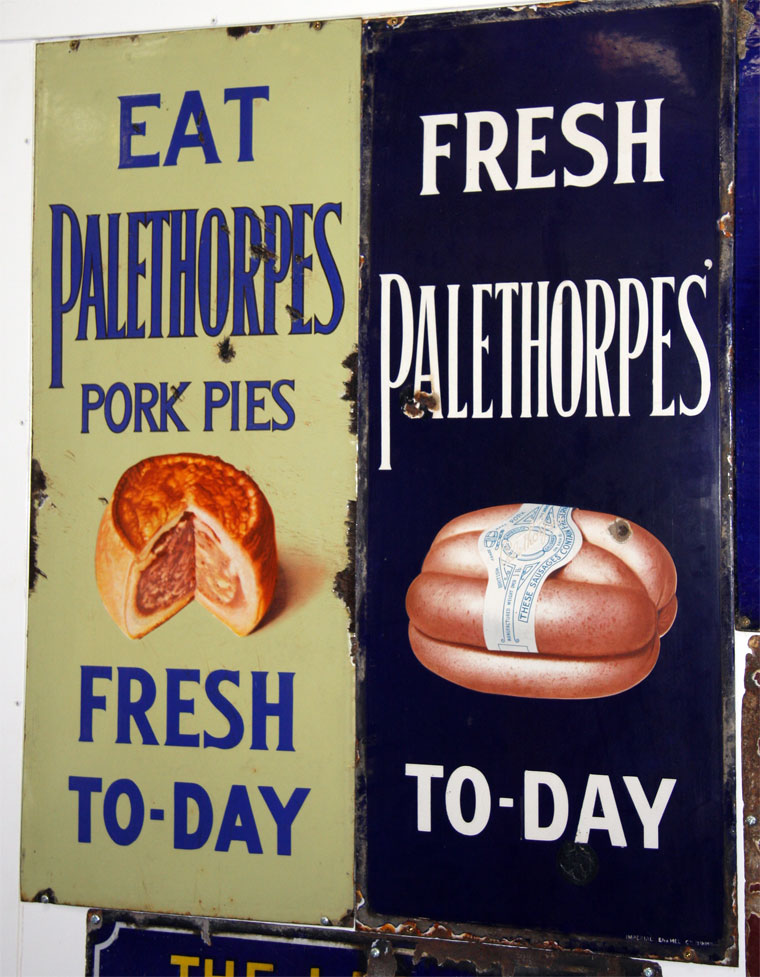 Palethorpe's is a British producer of cooked meat and pastry products and was particularly well known for its branded sausages.

1852 Founded in 1852, it was bought by the Bibby Group in 1969 and then by Haverhill Meat Products (a J Sainsbury, Canadian Meat packers Joint Venture) before becoming part of the Northern Foods Chilled Foods division in 1991. Palethorpes is now part of Pork Farms.

Henry Palethorpe was born in 1829 in the Black Country. Setting up business as a butcher in Birmingham in the 1850s, he realised that the United States was flooding the United Kingdom market with cheap bacon and pork.

Palethorpe decided to move into value-added meat processing products, specialising in sausages, with which he had success. The company moved to Tipton in 1896, claiming at the time to be the world's largest sausage producer. The company expanded during World War I, supplying canned meat products to the British Army. However, it lost market share during and after World War II, with restrictions on meat sales due to the amount of meat that was being imported; this gave an advantage to fishmongers such as Macfisheries, who boomed during the war.

By the 1960s, with the development of supermarkets in the United Kingdom, the company was experiencing additional pressure.

1967 Palethorpe's constructed a purpose built factory employing 400 people in Market Drayton, at a cost of £650,000. This resulted in the closure of the Tipton factory in 1968, after which it was demolished and redeveloped as low-rise council flats.

The high cost of building the new factory saw Palethorpes suffer financial difficulties and in 1969 the business was bought by the Bibby Agricultural Group.

1986 The Company ceased manufacturing and selling Palethorpes branded products in order to concentrate on its own label business. The Palethorpes brand name is still owned by Sainsburys and was reborn briefly in the mid-1990s as a value brand for Sainsbury pies and pasties, although it is no longer used.

1990 Palethorpes was acquired by Northern Foods, the UK’s largest manufacturer of meat and savoury products[1]. It became part of the Chilled Foods division known as Premium Savoury Products but was eventually merged by Northern with both Pork Farms of Nottingham and Bowyers of Trowbridge, Wiltshire, to form Pork Farms Bowyers.

Now rebranded as Pork Farms Palethorpes, the Market Drayton plant currently employs 700 people. The company supplies foods to leading retailers to be sold under their own brand names. Customer companies include Asda.