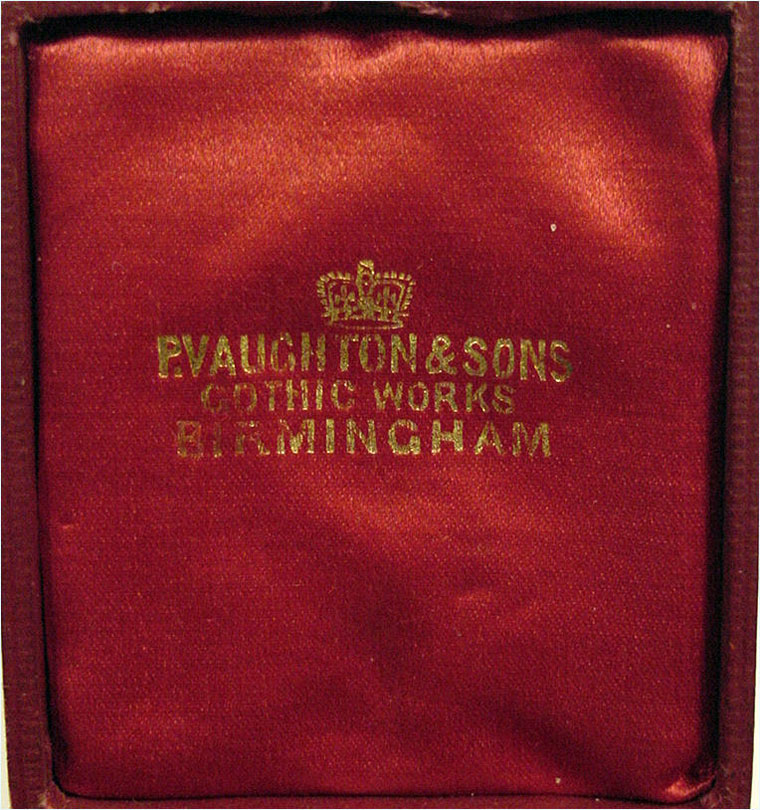 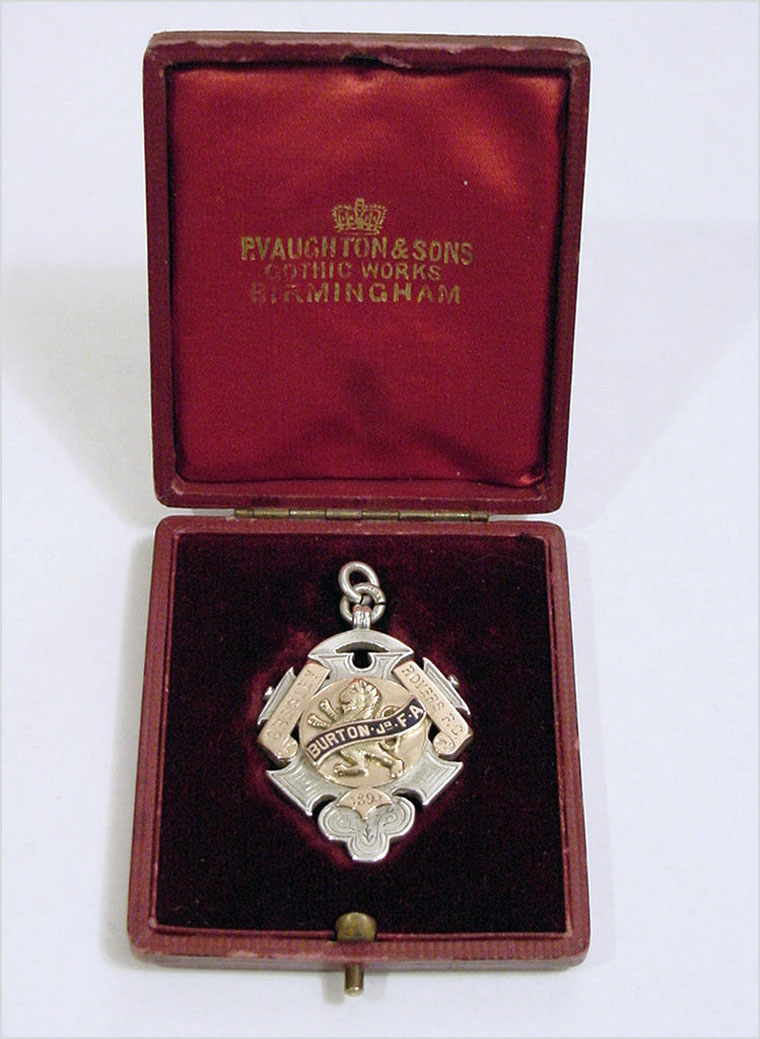 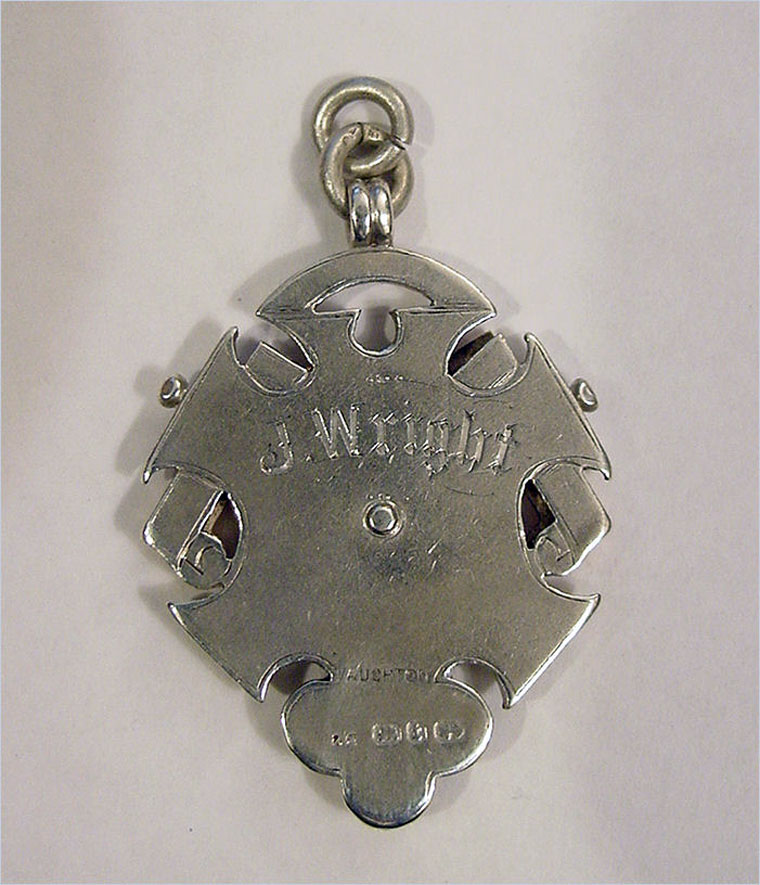 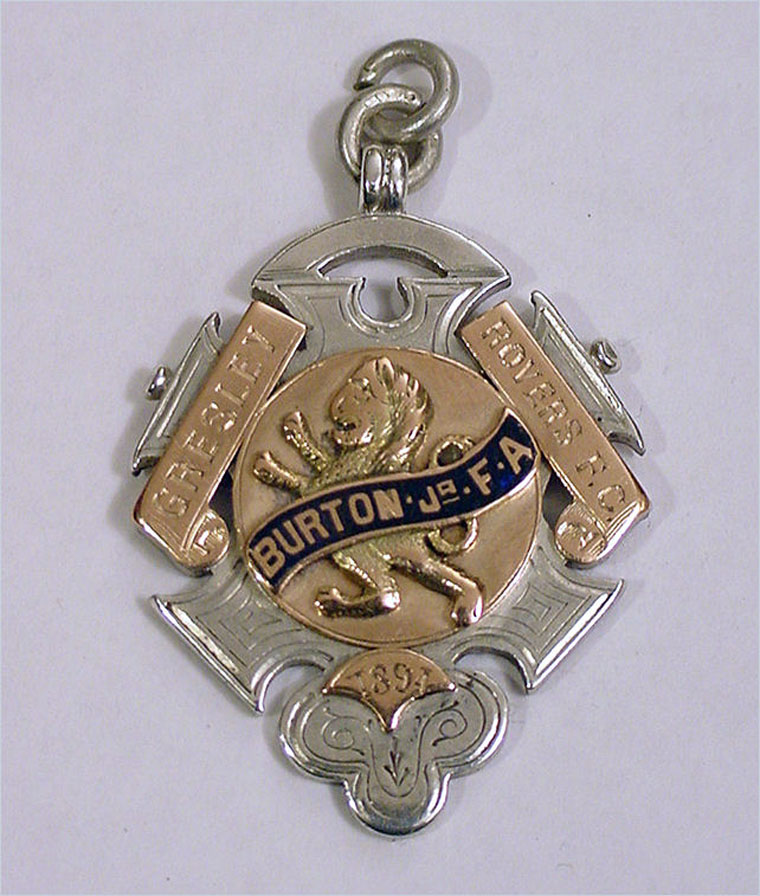 1874 the Partnership between Thomas Vaughton and Oliver Vaughton, as Jewellers, under the style of P. Vaughton and Sons, and carried on at Great Hampton street, Birmingham, was dissolved as from the 25th day of June, 1874. All accounts will be received and paid by the said Oliver Vaughton[1]

Vaughtons Ltd was formed by the amalgamation of the old firms of P. Vaughton and Sons and Vaughton Brothers.