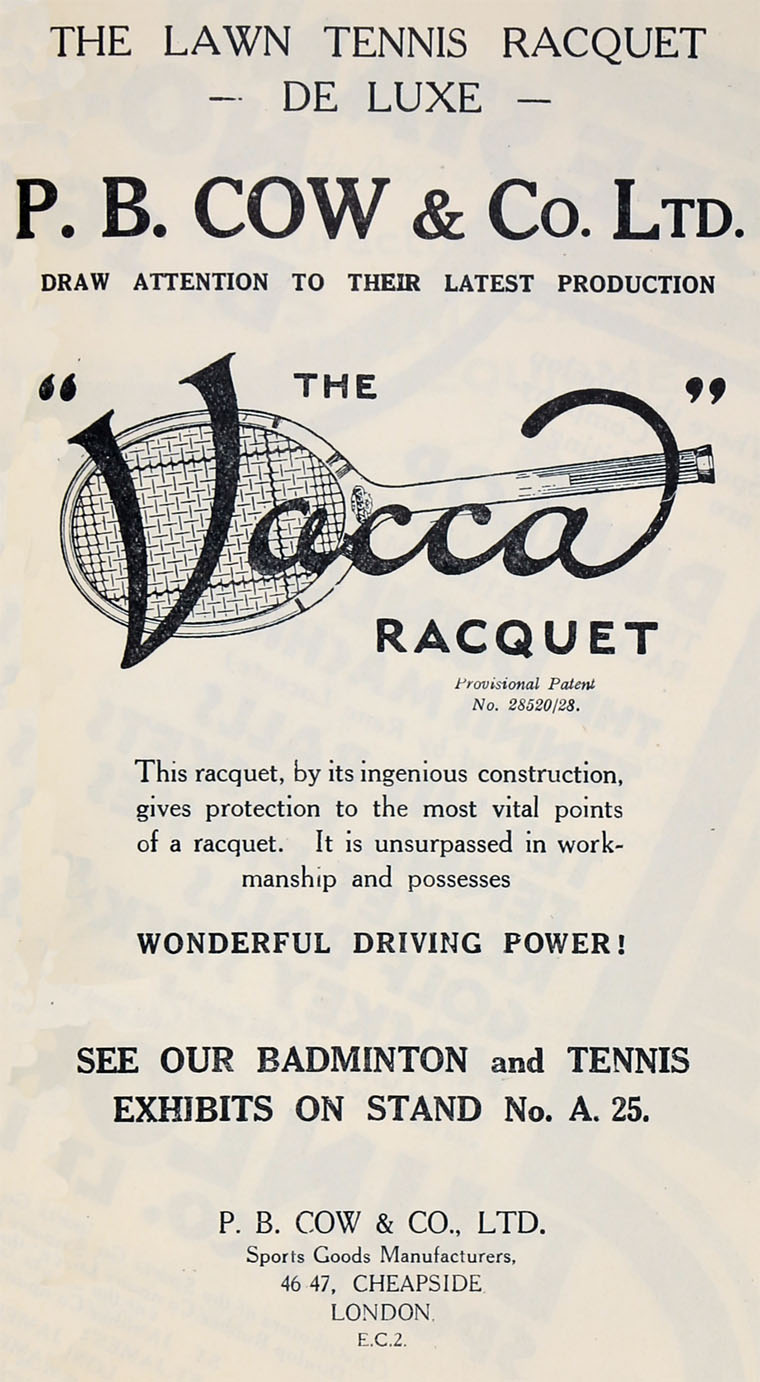 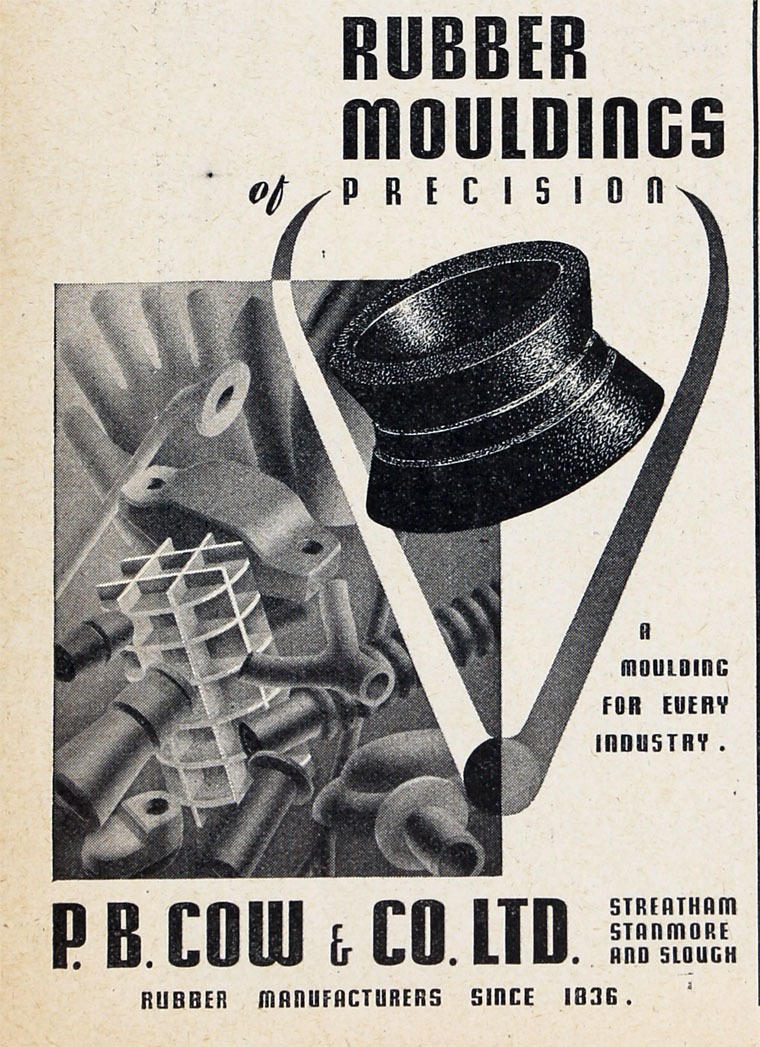 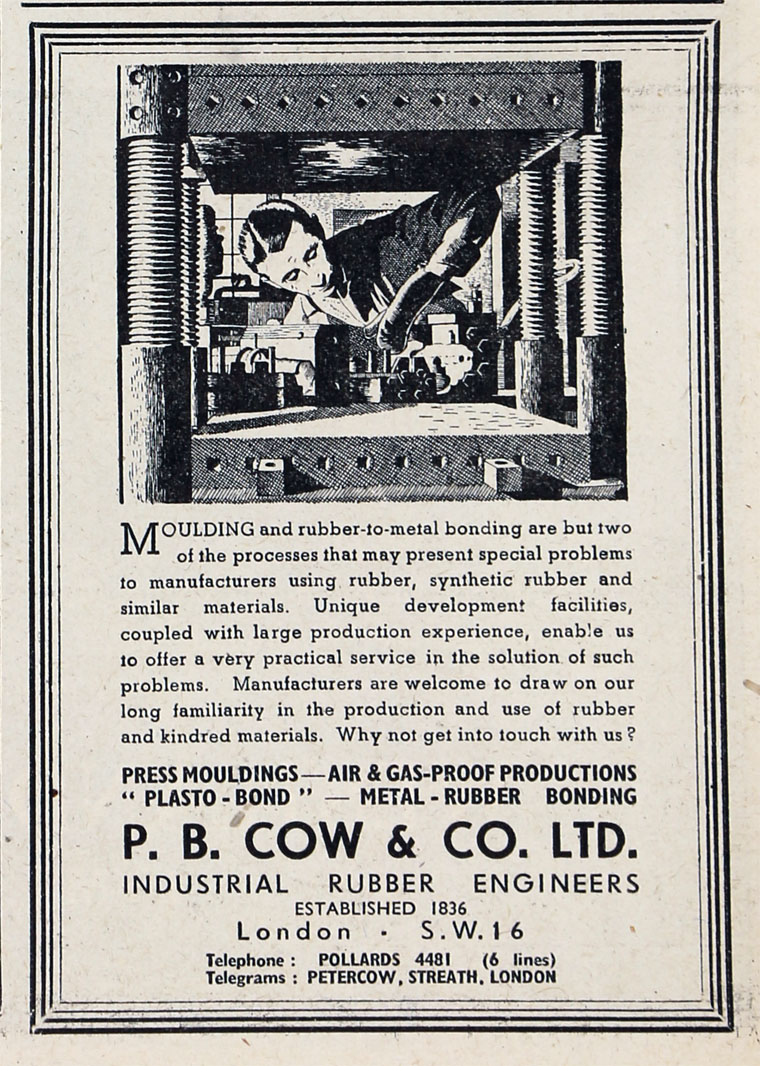 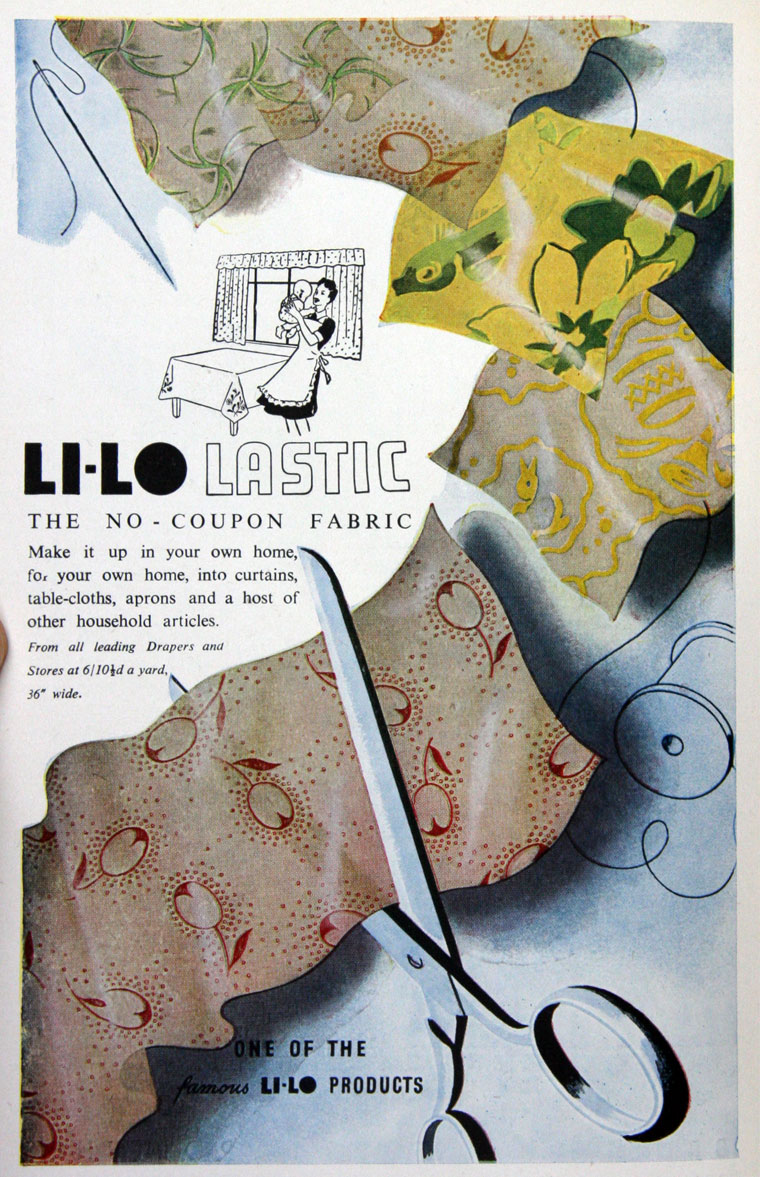 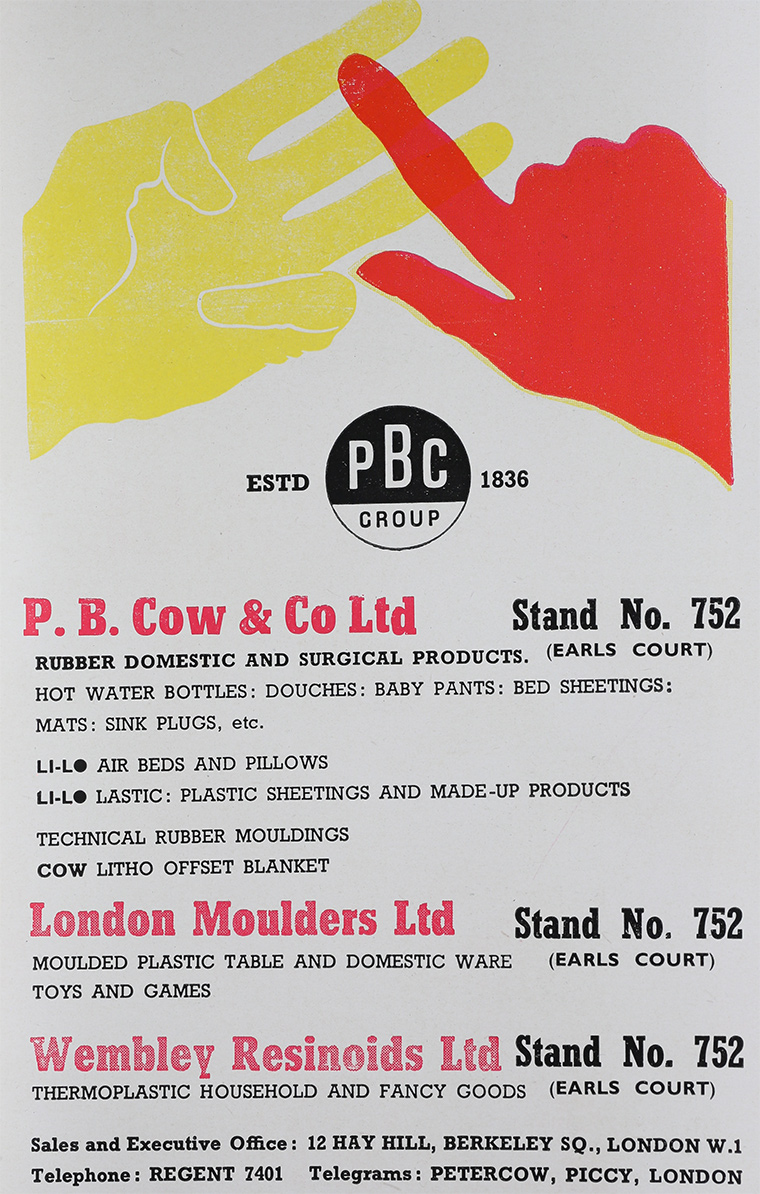 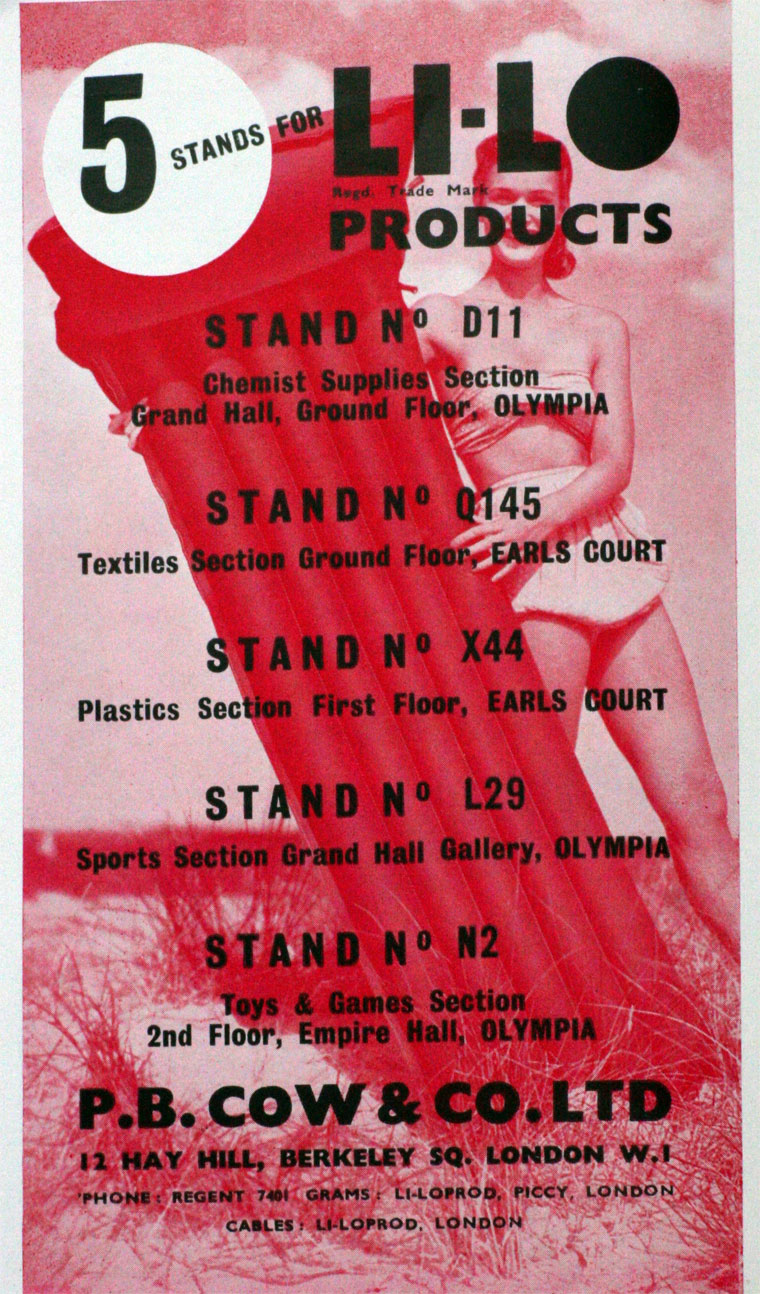 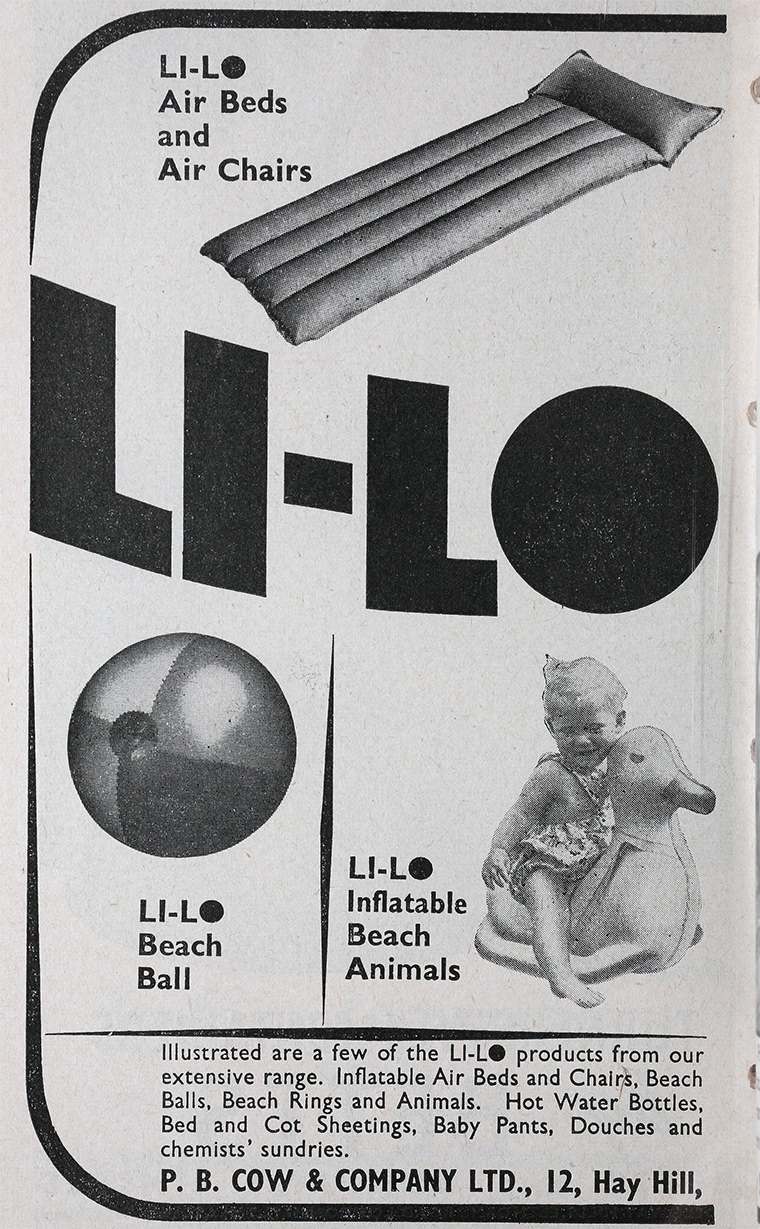 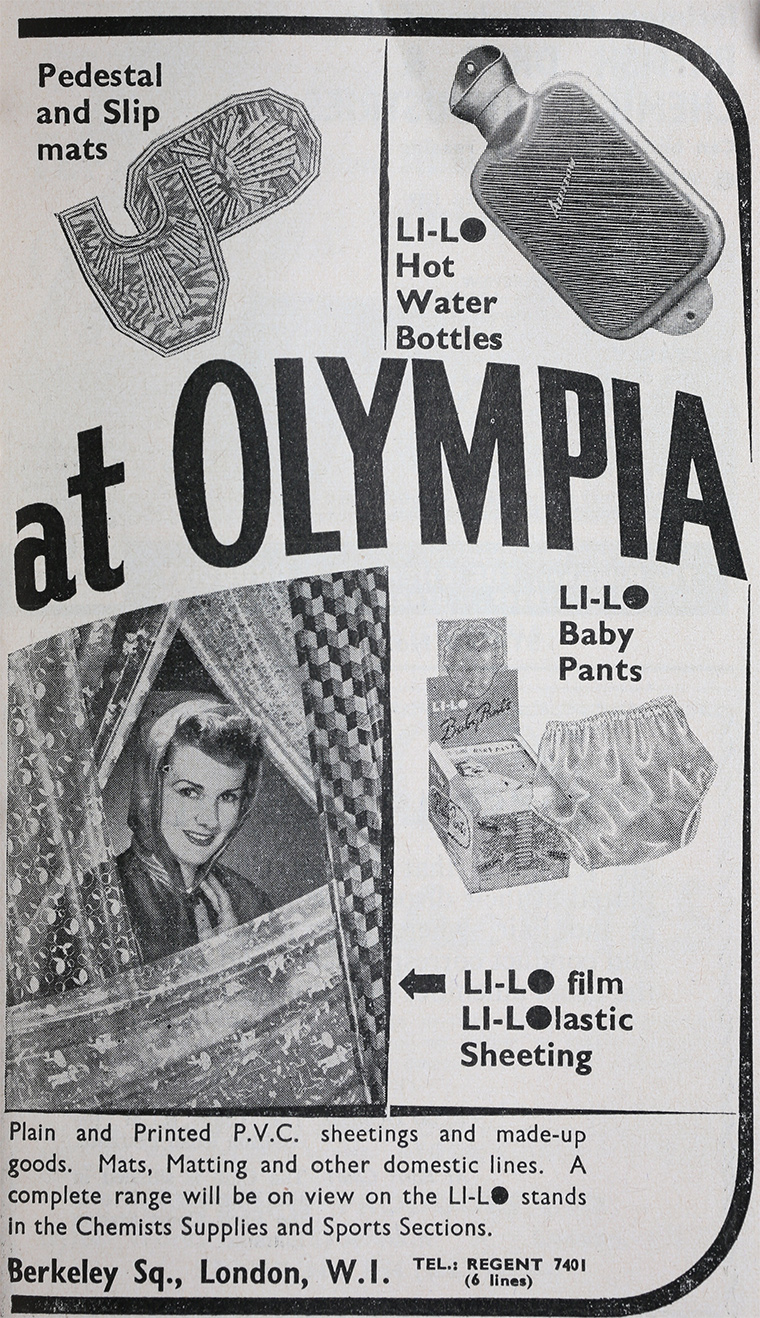 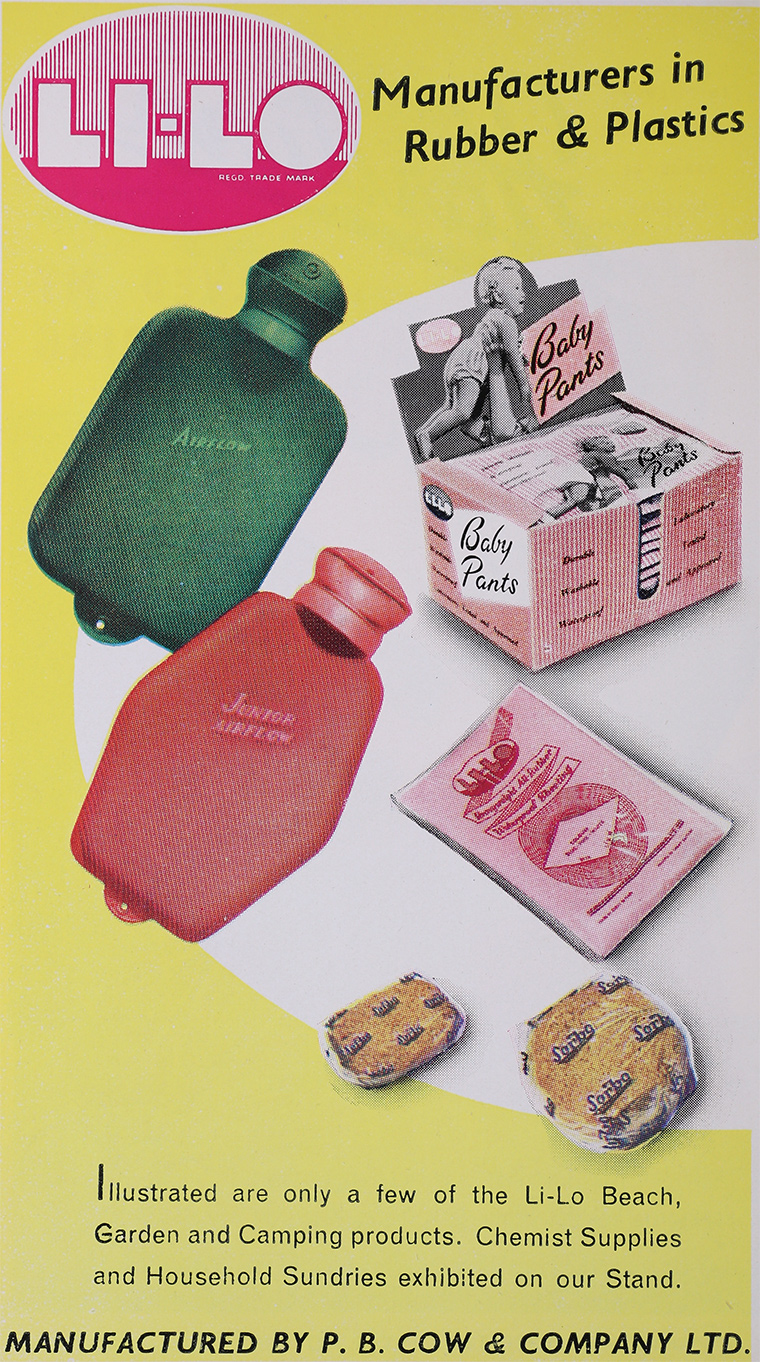 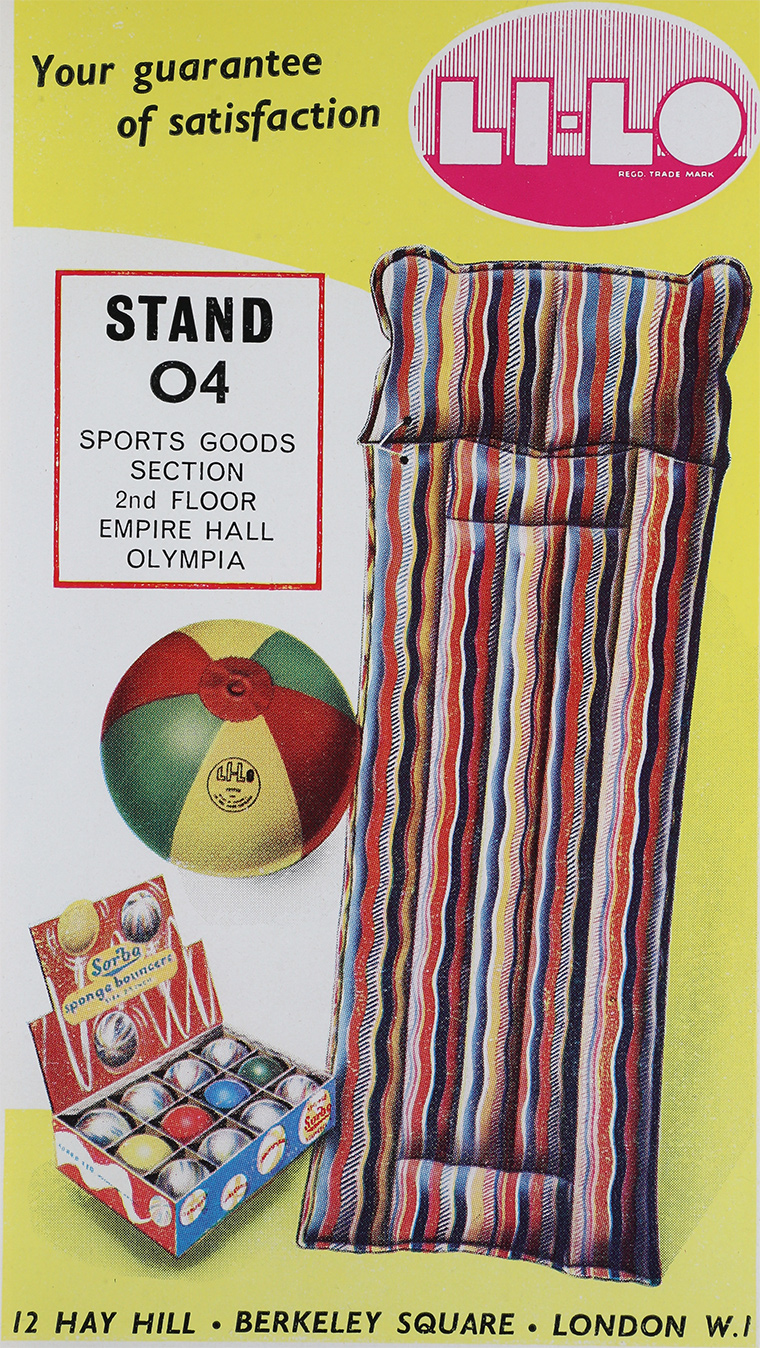 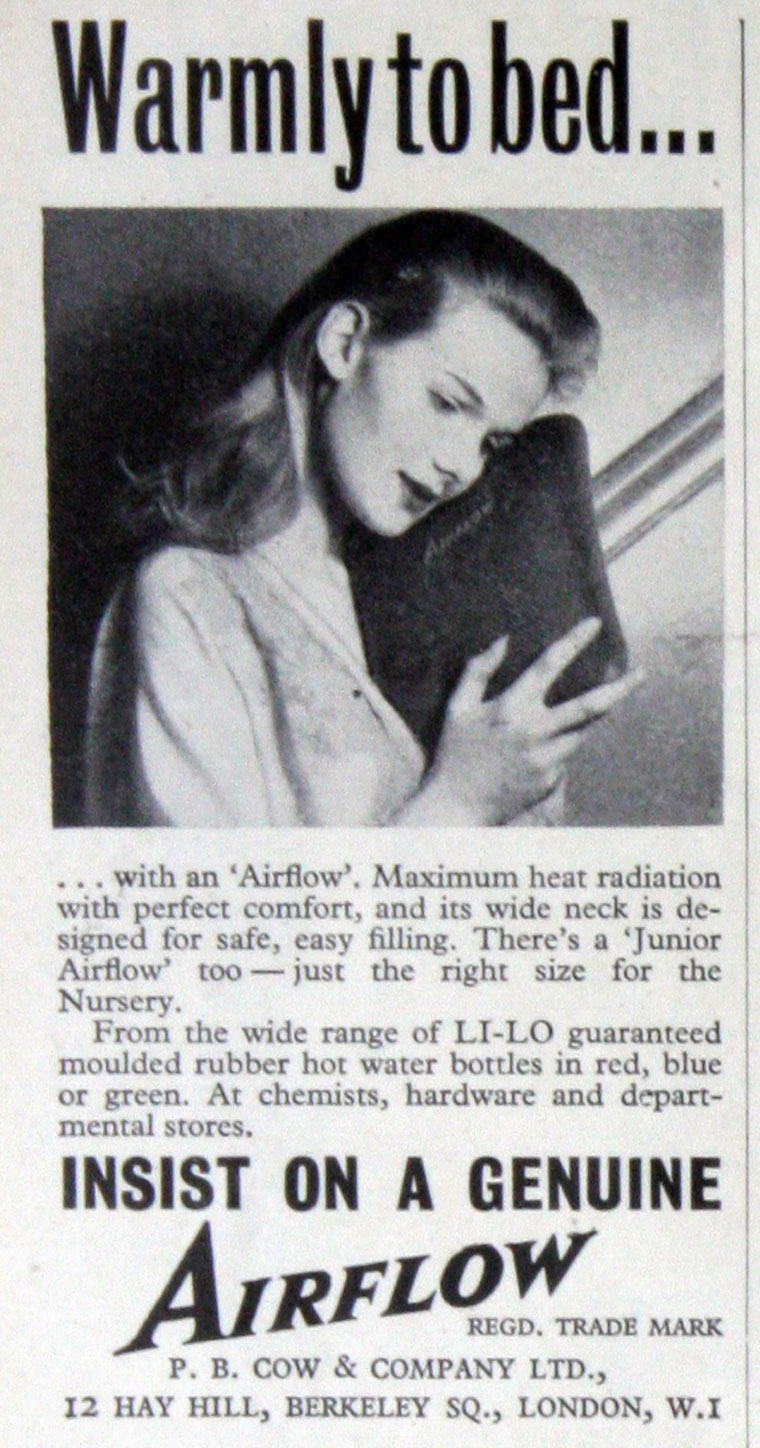 1843 Made a member of the Loriners' Company

Connected with Samuel Matthews, superintendent of the three London branches of Charles Macintosh and Co, rubber manufacturers, at 46 Cheapside, 66 Broad Street, and 58 Charing Cross. The firm's main activity was the manufacture of waterproof garments made of double-texture cloth. Matthews had bought the Charing Cross branch of Charles Macintosh and Co.

1846 Matthews offered Cow a joint share in the Cheapside business with his son George, which he accepted.

1850 Matthews took George out of the business and sold his share to Cow for £4000. The firm was now styled P. B. Cow, Rubber Manufacturer.

1851 A factory was opened at Deptford Creek, and the Cows moved there. That same year, when it was the first to introduce waterproof tweed commercially, the firm won an award at the Great Exhibition at the Crystal Palace.

1857 He moved the manufacturing activity from the Deptford factory, which had become too small, to a former crêpe factory at Streatham. The firm still traded as P. B. Cow, and retained this name.

1861 Cow took a partner, John Hill, to help at the Cheapside premises.

1863 The renamed firm of Cow and Forster resulted when Cow took Thomas Forster as partner.

1868 Patent. '3301. And Peter Brusey Cow and John Hill, of Cheapside, in the city of London, have given the like notice in respect of the invention of "improvements in the manufacture of tooth brushes and other brushes."'[1]

1869 Patent. '1278. To Thomas Forster, of Streatham, and Peter Brusey Cow, Junr., of Streatham Common, for the invention of "improvements in compounds containing india rubber, gutta percha, or balata, and in the manufacture of such compounds."'[2]

1871 Cow's elder son had now joined the Streatham side of the business and became partner there.

1874 Cow senior purchased the Cheapside property and soon after acquired the adjacent premises at no. 47 for the expanding business.

In 1874 Cow's grandson, Peter Brusey Cow (1875-1943), was born, and that same year his second son, Douglas Cow, became a partner, sharing the management of the Cheapside business with Hill.

1881 The Cheapside premises were destroyed by fire, and a new building was erected on the site.

1887 When Hill retired, to be succeeded by James Crump, the firm's cashier, the firm once again became P. B. Cow and Co.

1888 Cow senior retired, by which time his already indifferent health was fast deteriorating.

1889 A winter stay in Hastings from November had no beneficial effect, and he returned gravely ill to Streatham, where he died of heart failure at his home, 15 Streatham Common on 27 March 1890.

By the 1940s the company was one of the world’s largest manufacturers of air-sea rescue equipment.

1942 C. A. Robertson, chief draftsman of the company formed The Goldfish Club. After hearing of the experiences of airmen who had survived a ditching at sea, Robertson decided to form an exclusive club for airmen who owed their lives to their life jacket, dinghy, etc., enabling members to meet and exchange experiences.[5]

1947 Advertisement in the 1947 BIF Catalogue as the PCB Group comprising: