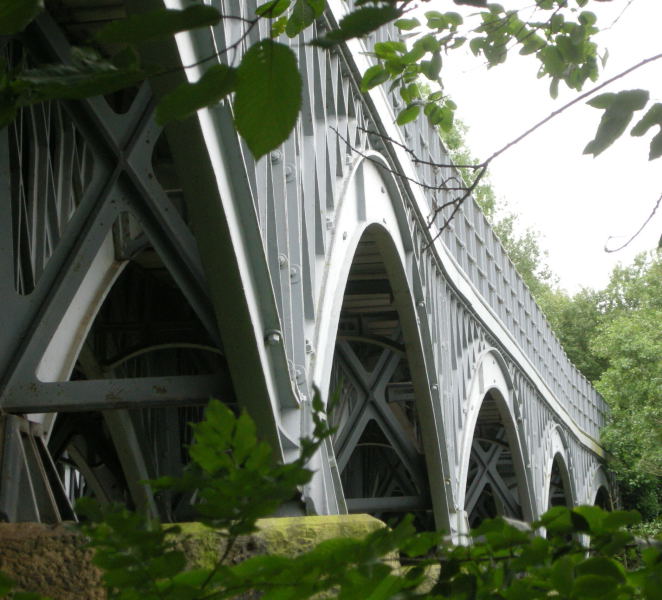 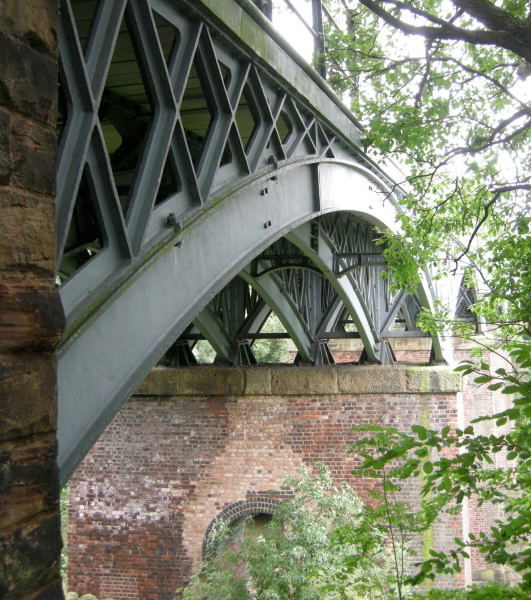 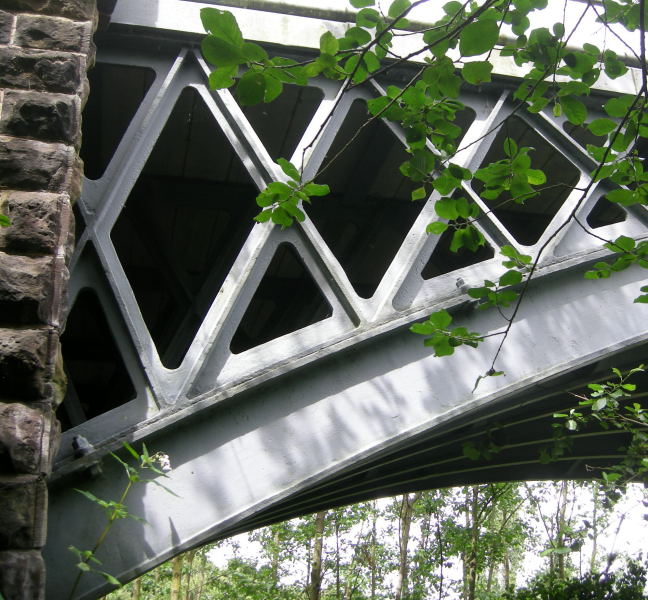 Despite its location close to industrial buildings and a large ASDA supermarket, it is very difficult to view the viaduct other than from the deck. The viaduct carries a footpath and cycle route, but there is NO SAFE ACCESS for closely viewing its structure from below. There are steep overgrown banks running down to the River Irwell, and one bank at least is infested by highly poisonous giant hogweed.

The following information is from Wikipedia:-

Outwood Viaduct is a Grade II listed railway viaduct crossing the River Irwell in Radcliffe, Greater Manchester. It no longer carries trains, and after a period of disuse was restored and opened to the general public as part of a footpath.

The viaduct was built by contractors for the Manchester, Bury and Rossendale Railway, to carry trains across the River Irwell on the Clifton Junction to Bury line.

It is 340 feet long, and carries the line 70 feet above the Irwell.

The inaugural date for the timber structure was 25 September 1846.

The timber structure was replaced by cast iron arches in 1881 by Handyside and Company of Derby.

The London, Midland and Scottish Railway replaced the timber decking in 1923.

The closest station was Radcliffe Bridge, heading southwest to Clifton the following station was Ringley Road.

Having been closed to railway traffic in 1966, it was restored and subsequently re-opened to the general public on 25 June 1999 by Sir William McAlpine, President of the Railway Heritage Trust.