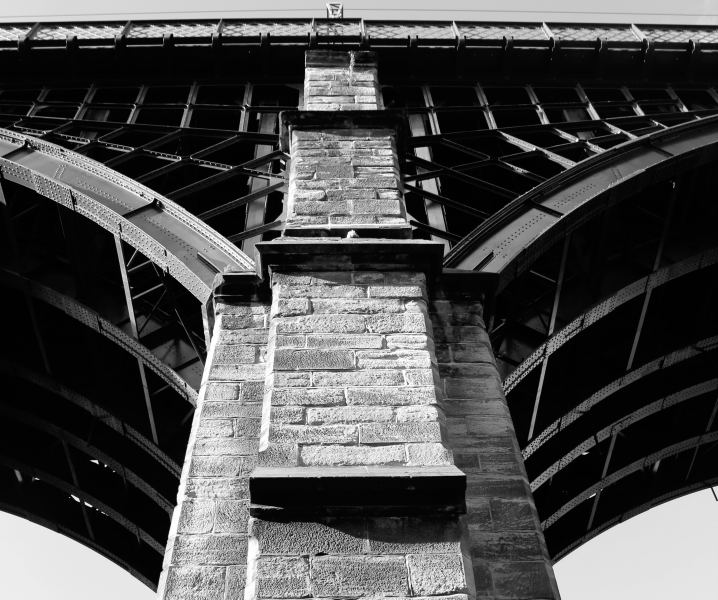 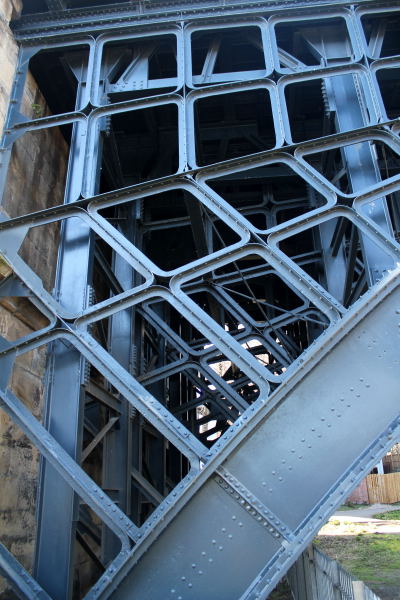 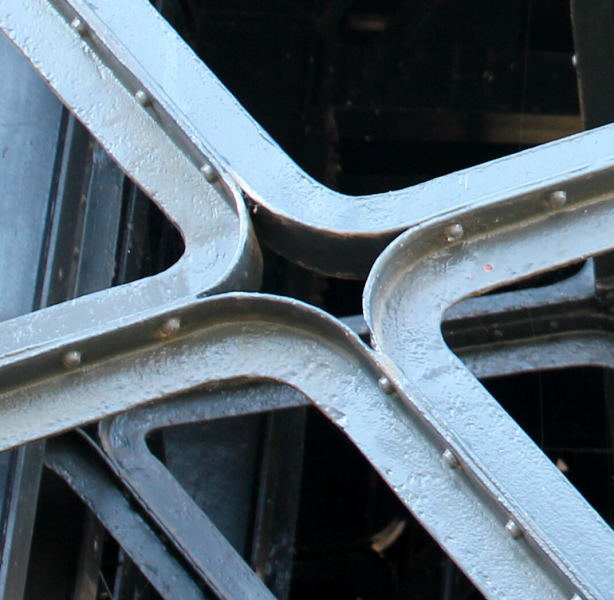 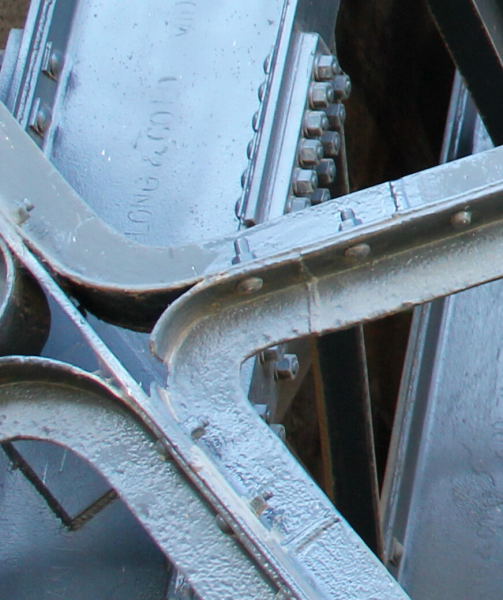 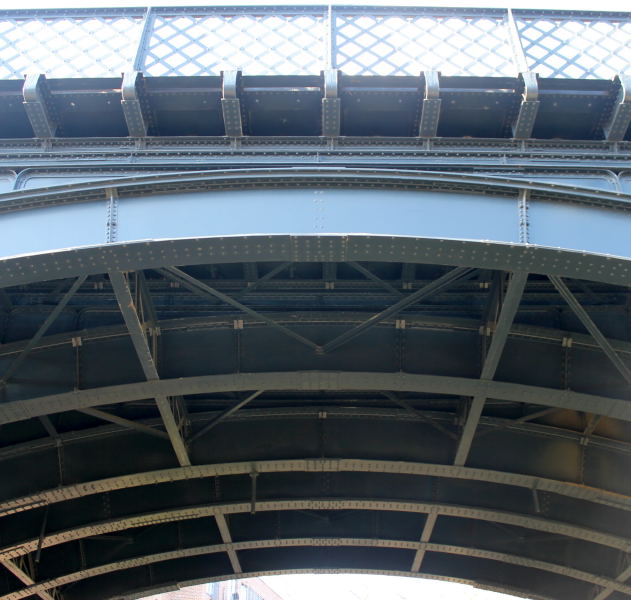 A railway viaduct crossing the Ouseburn valley in Newcastle-upon-Tyne (about 25 minutes walk from the city centre).

Originally a structure with timber arches on stone piers, the timber was replaced with wrought iron in 1869. It has five iron and steel spans of approx 35 m. (116 ft.), and two stone approach arches either end, and has a maximum height of 33 m. (108 ft.).

1839 Built for the Newcastle and North Shields Railway and designed by John Green and his son Benjamin Green. The viaduct arch was of laminated timber construction on the Wiebeking system and supported by tall stone pillars, and earned Benjamin the 'Telford Medal' from the Institution of Civil Engineers.

1868-69 It was rebuilt in iron to the designs of Thomas Elliot Harrison with efforts being made to replicate their original form as far as practicable. The contractors for the ironwork were the Weardale Iron and Coal Co of St Peters.

1887 The bridge was widened, adding two additional tracks. Effectively, another bridge was built immediately alongside. As can be seen in photo 12, the piers are in direct contact at the bottom. This proximity must have made for interesting times when the new piles were being driven. The new, narrower part is on the north side (RHS in photo 12).

In the 1950s the viaduct was strengthened by the addition of steelwork, retaining the external appearance as far as possible.

2011-2 Additional strengthening, repair and repainting was carried out.[2] The attractive wrought iron spandrels now have a largely ornamental role. Despite the availability of modern techniques and equipment, the contractors were faced with logisitical difficulties caused by the topography of the valley.

The construction of the spandrels (the structure occupying the space between the deck and the arch) is remarkable, and is a tribute to the little-known trade of the 'angle iron smith' or 'angle smith'. Their skills were honed in shipyards.

The individual frames are bent from T-section wrought iron. The difficulty in producing bends in angle and T-section material is considerable. The challenge is greatly compounded by having to make each panel fit in perfectly with its neighbours. As can be imagined, when bending T-section iron, the flange will stretch and thin, while the web will be compressed and will tend to 'pucker'.

Photo 8 is a close view of the junction of four frames, which perhaps hints at the angle smiths' difficulties. Photo 9 indicates that a frame's corner piece was replaced at some point, using gas or arc welding (the original closing joint in each frame would have been made been made by skilled 'fire-welding'). Some of the 1950s steelwork can also be seen in the photo.

Each spandrel has about 34 frames of different sizes, requiring 10 sets for each arch, and 1700 in total. Having so many sets of frames which were nominally the same, would have made it worthwhile to produce special bending blocks for the corners.

To make the job even more difficult, the 1868-9 reconstruction had to be undertaken while allowing rail traffic to continue operating. The timber decking was retained until 1896, when it was replaced with iron.

Having highlighted the ironwork for special mention, we must not forget the achievement of the surveyors, masons and other specialists. Familiarity with their monumental structures leads us to take them for granted, but the builders of the viaduct's timber arches, and the iron replacements, would take a particularly critical interest in the levels, alignment, and spacing of the piers!