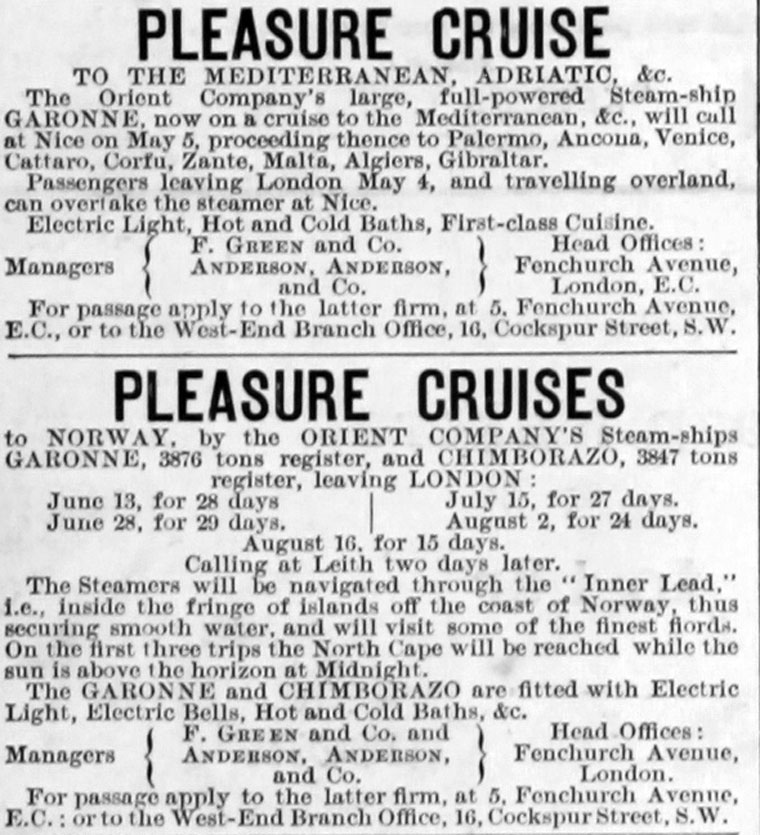 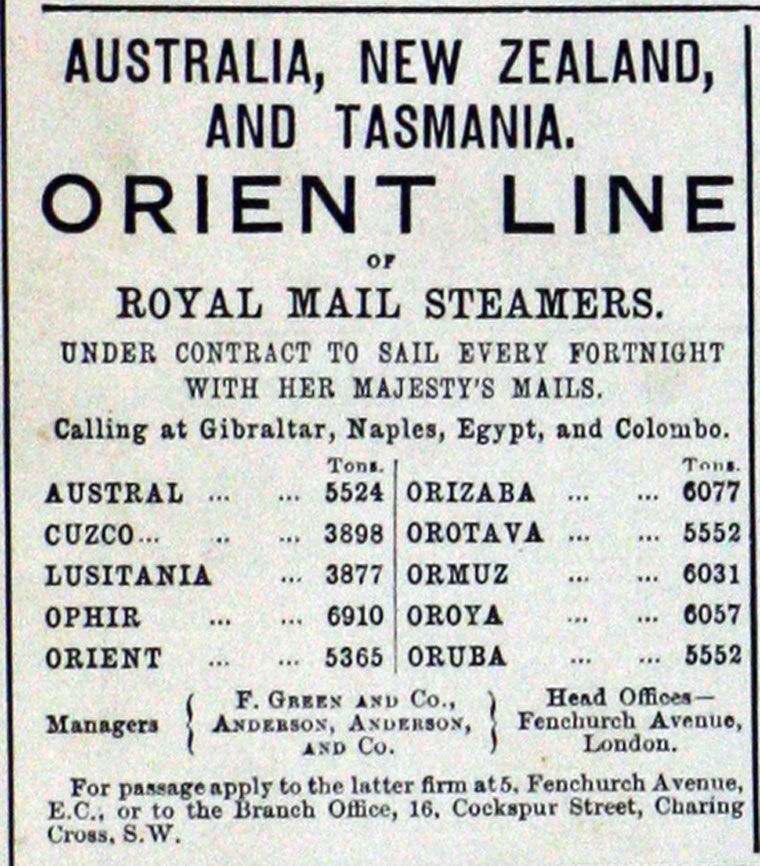 March 1896. Managers are F. Green and Co and Anderson, Anderson and Co. 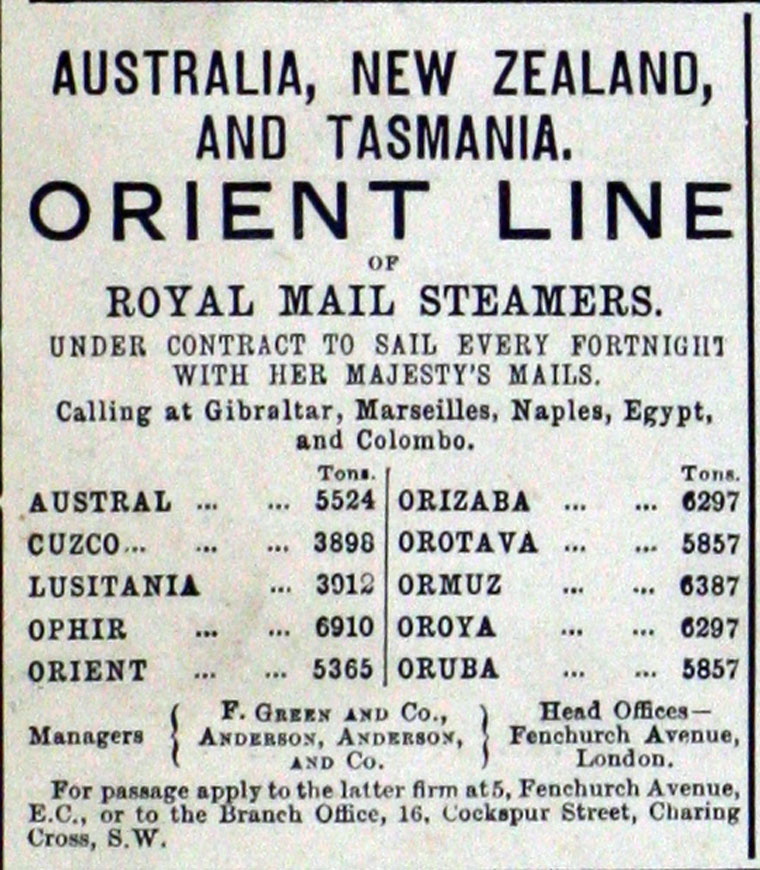 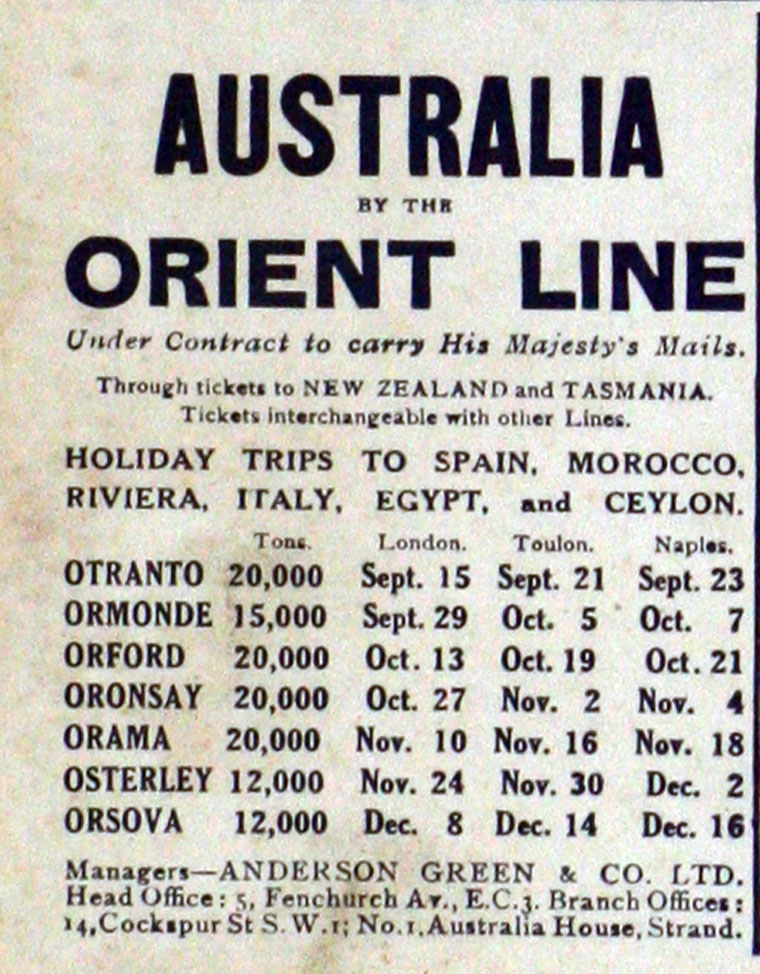 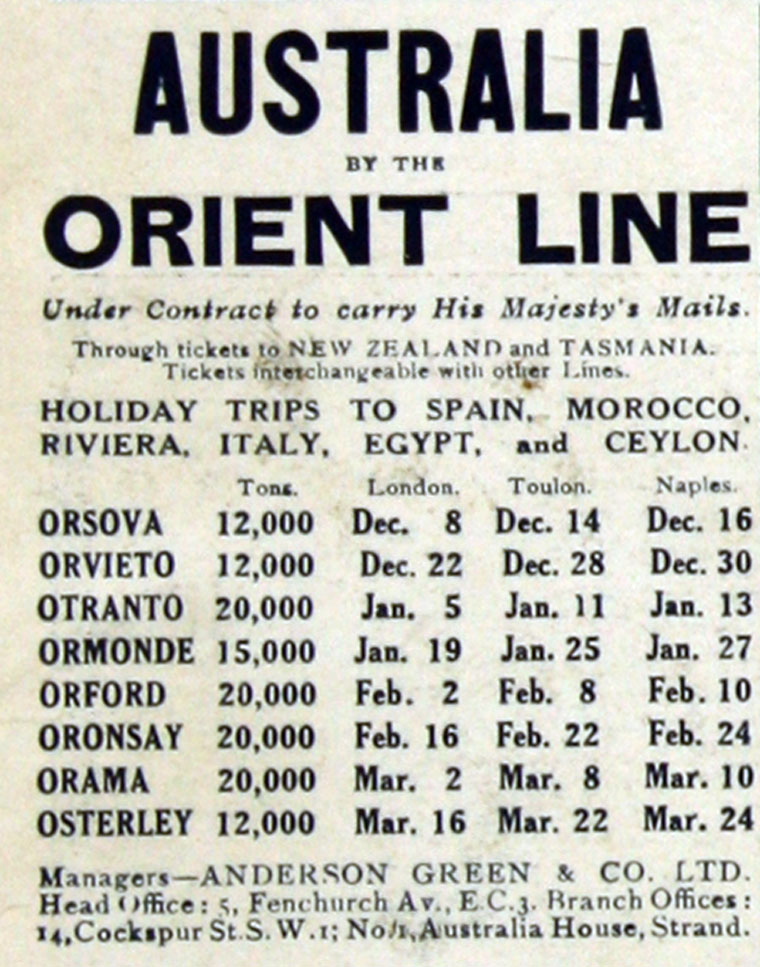 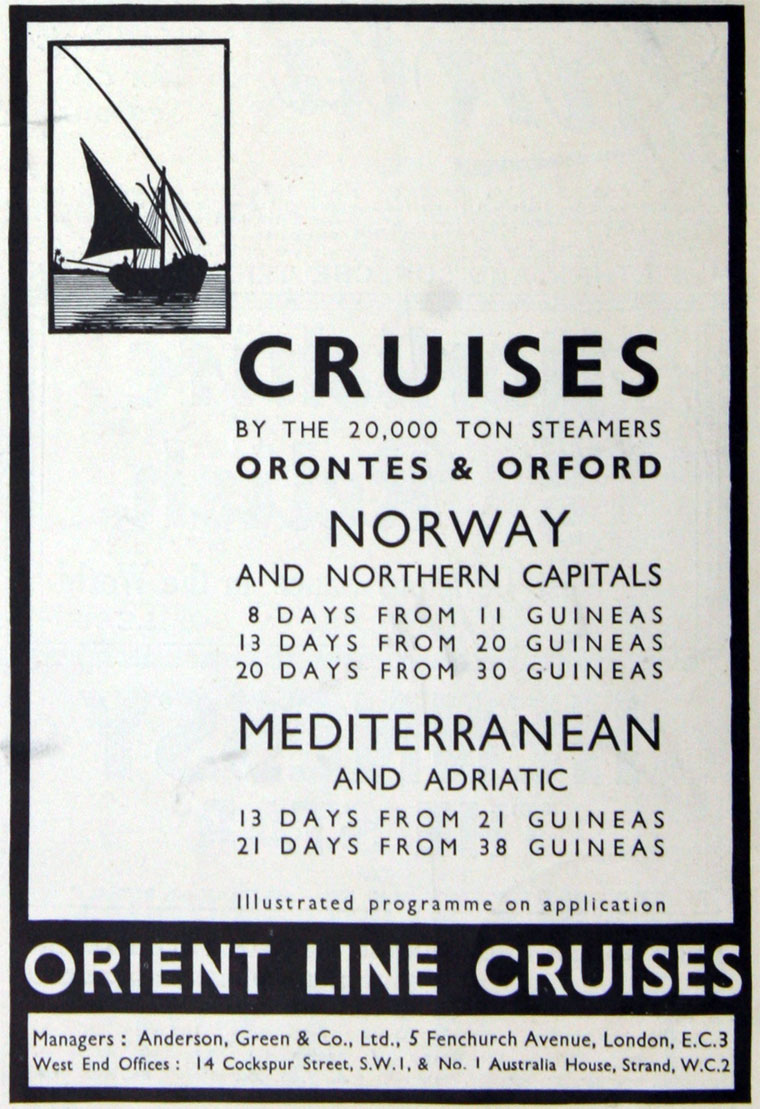 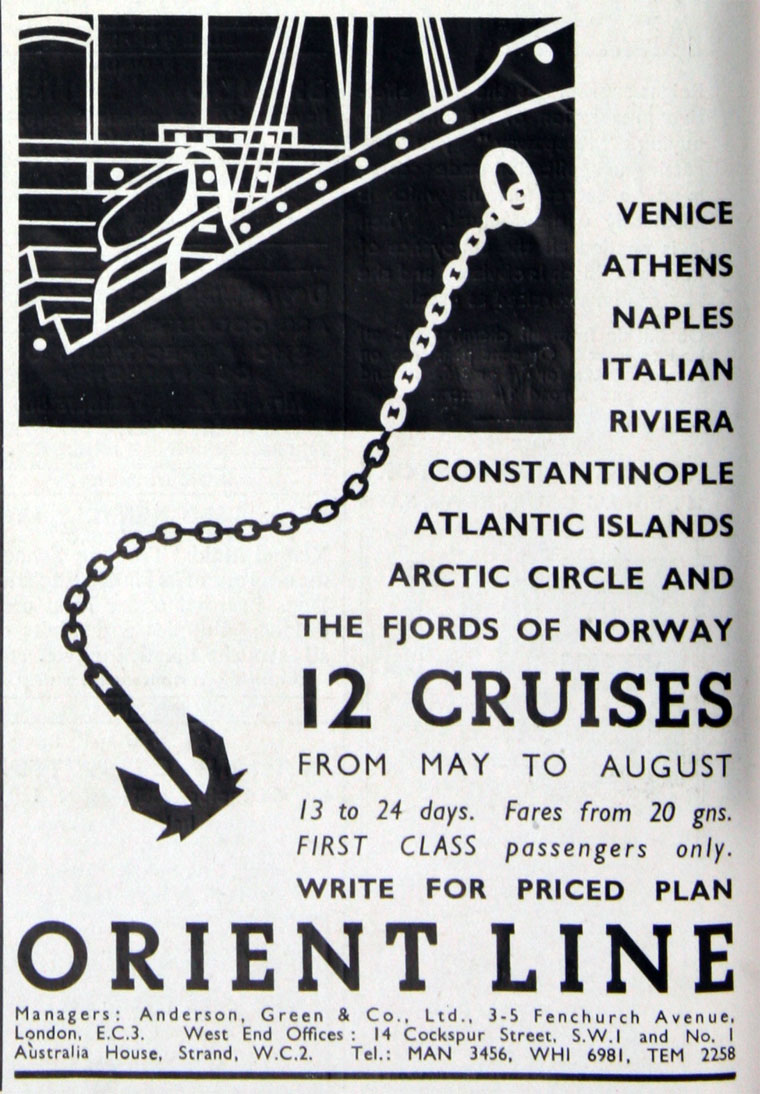 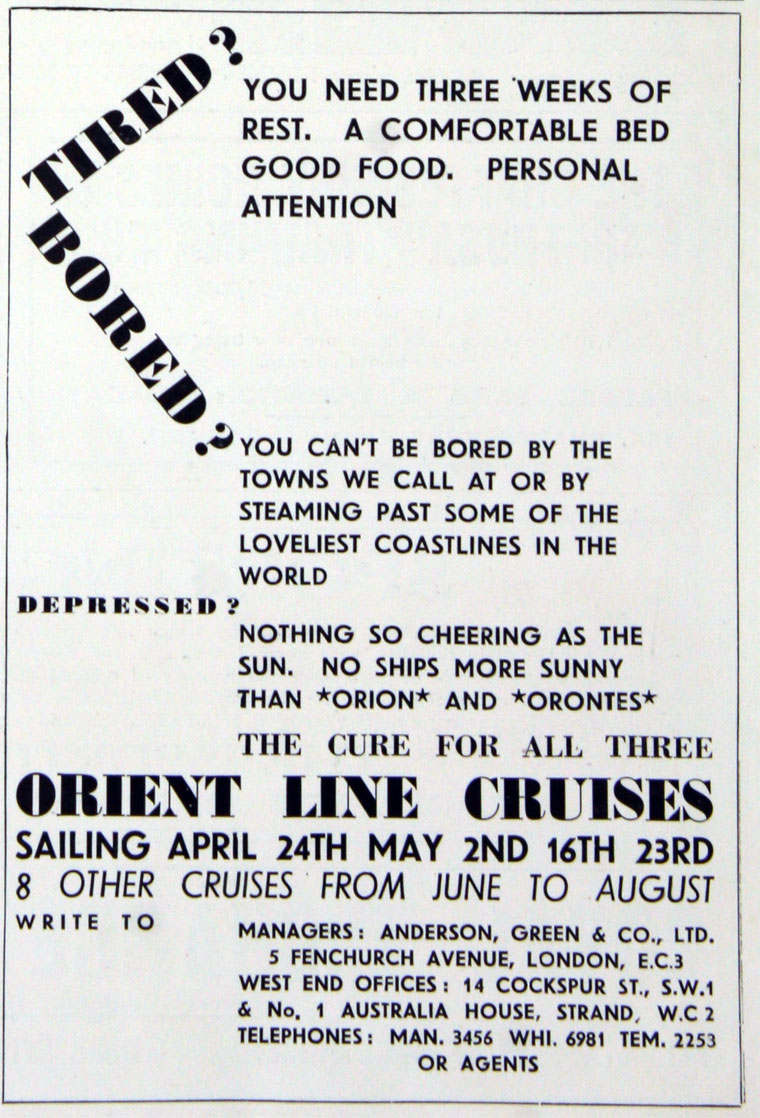 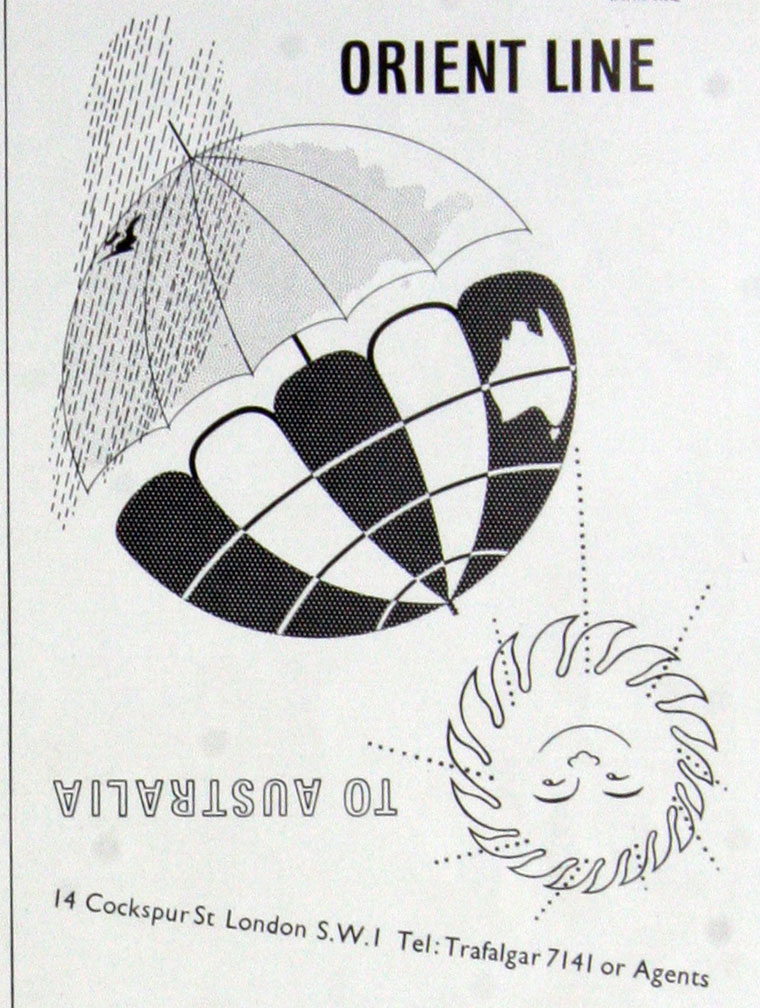 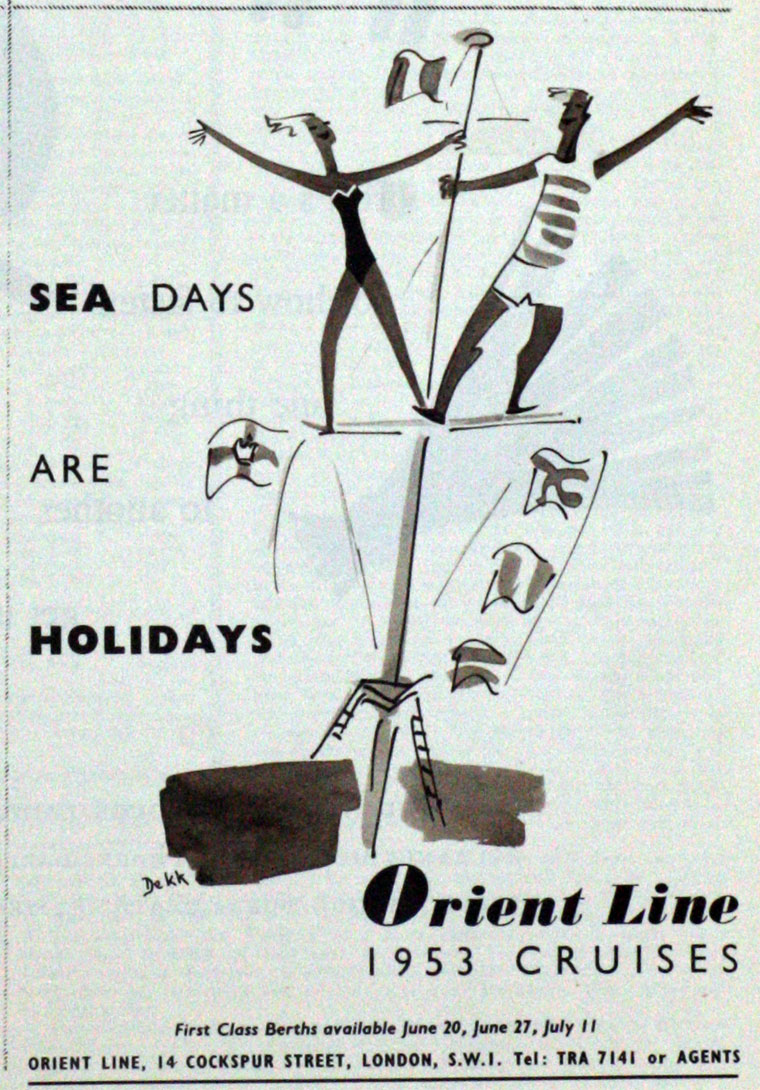 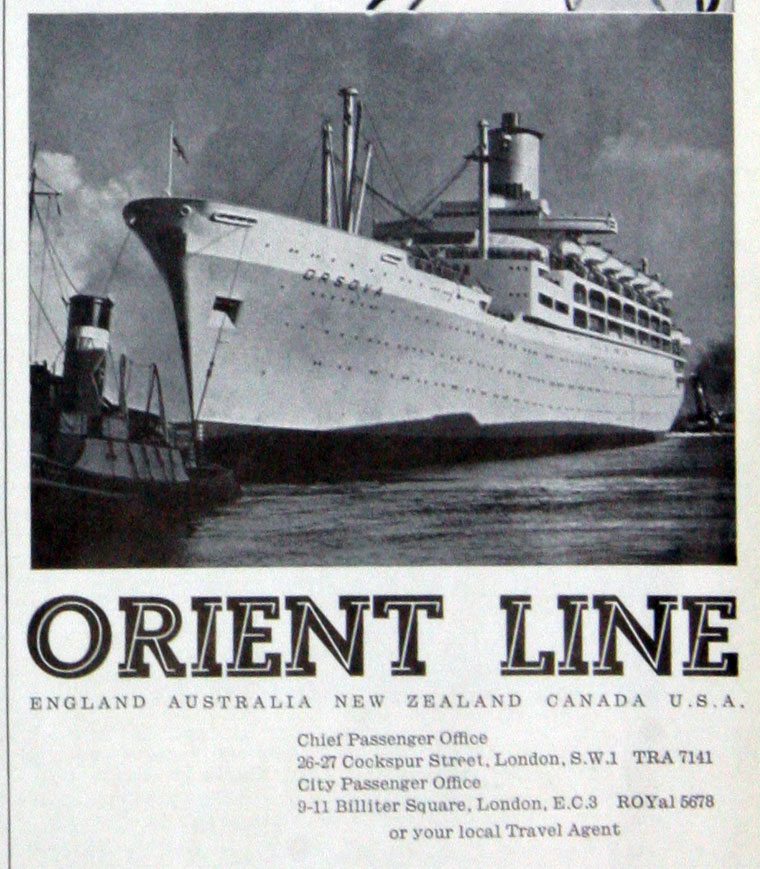 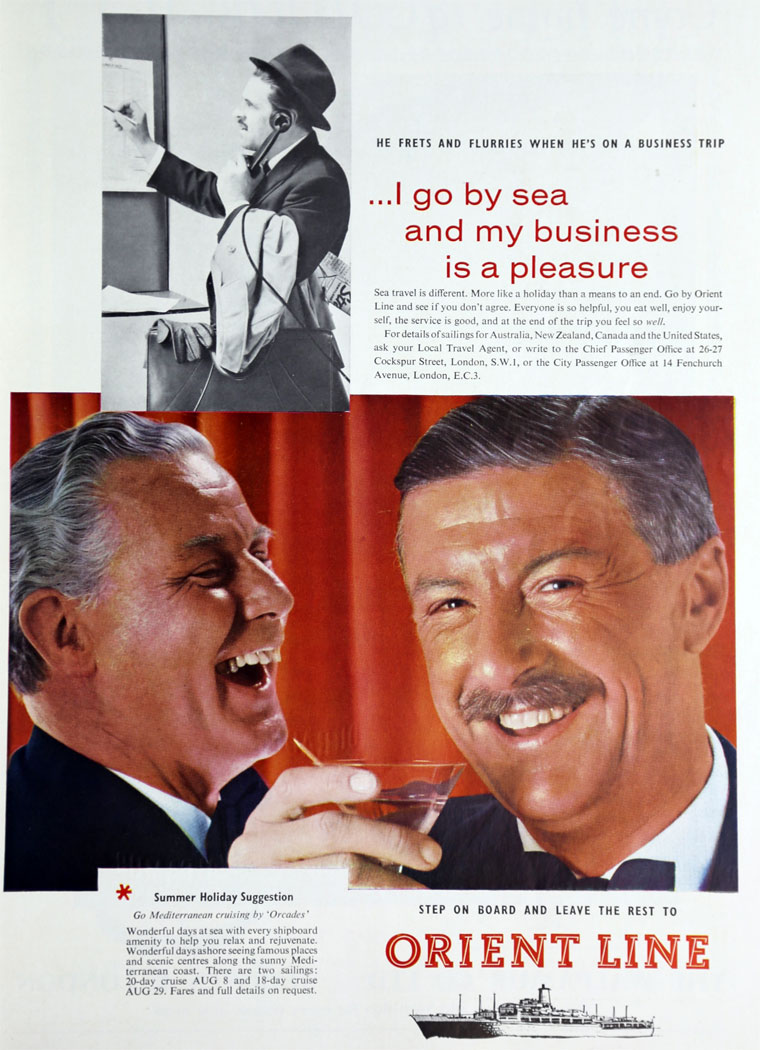 The Orient Line was the trading name of the Orient Steam Navigation Co, a British shipping company.

1866 The inauguration of a liner service to Australia with the packet Orient saw the company trade as "The Orient Line of Packets", regularly shortened to Orient Line.

1960 P&O and Orient Line were formally merged to form P&O-Orient Lines; the name Orient and Pacific Line was dropped.