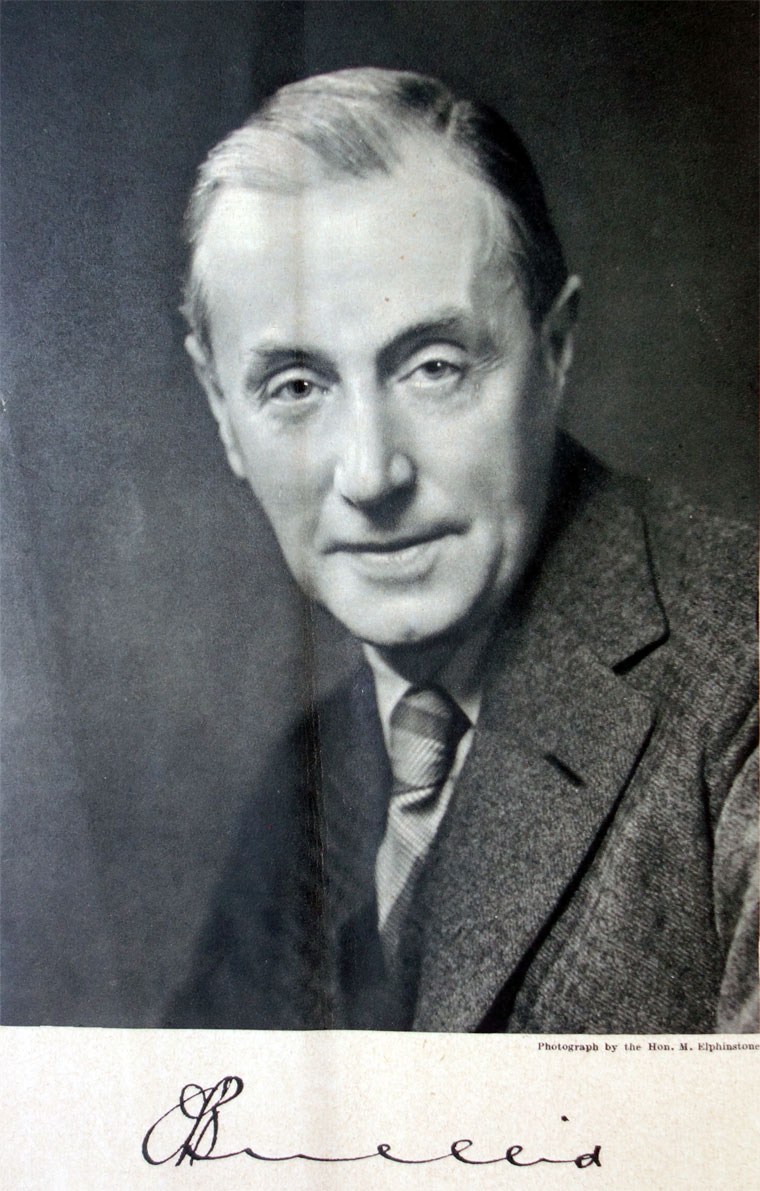 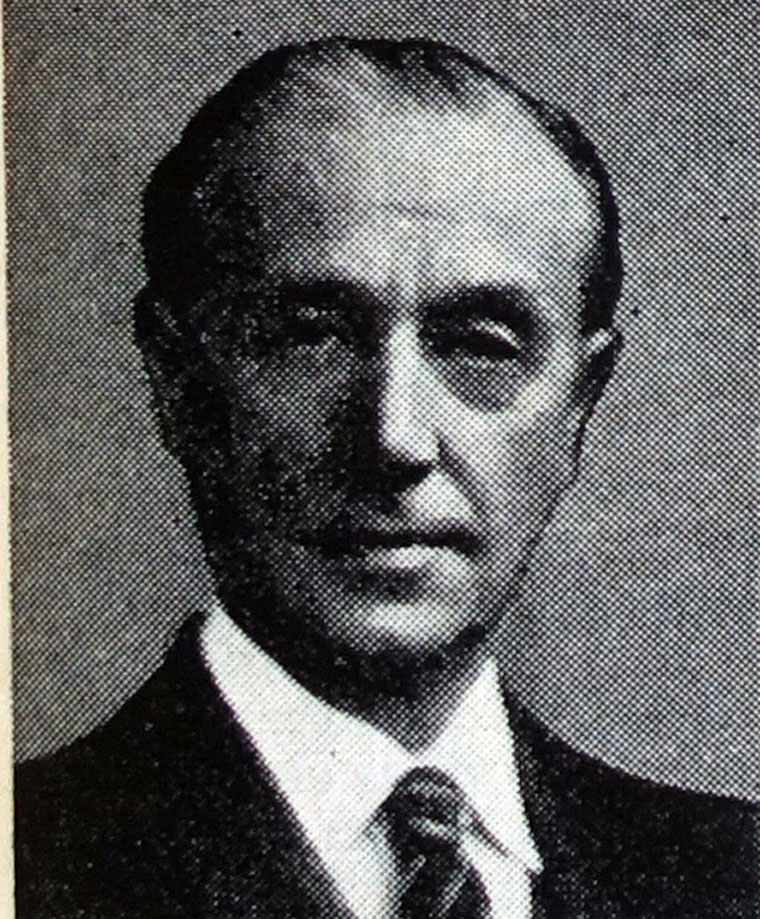 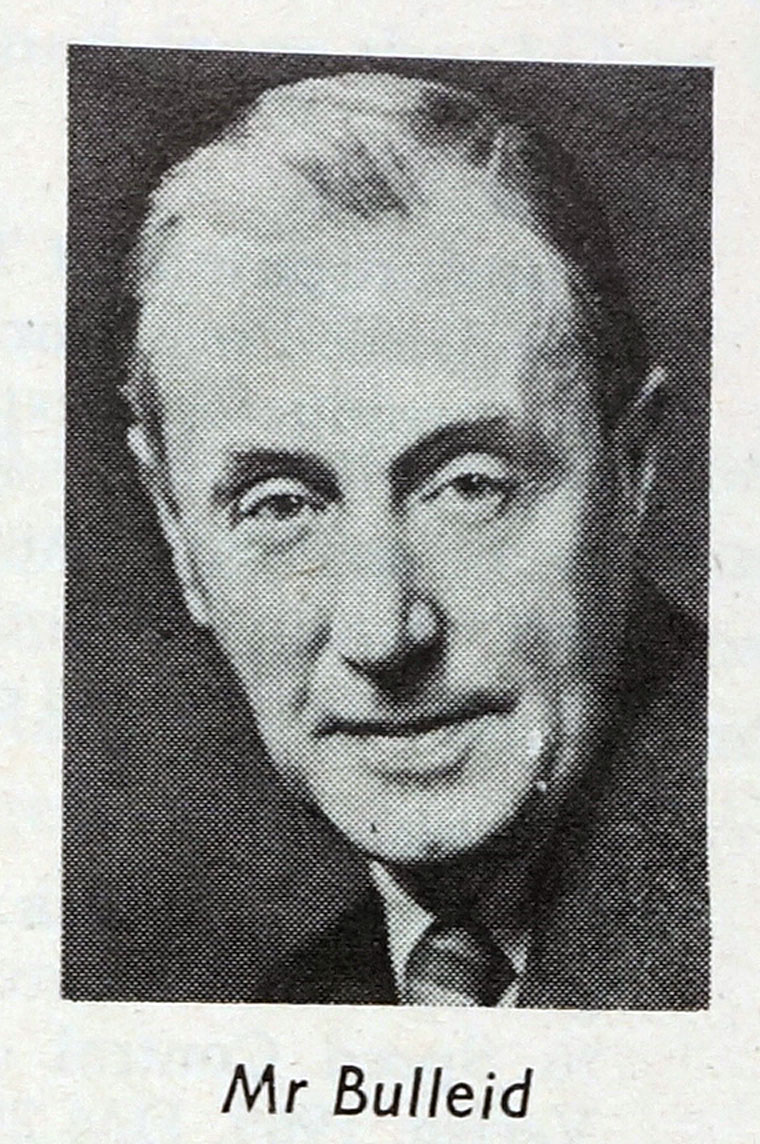 Oliver Vaughan Snell Bulleid (1882-1970), a British railway and mechanical engineer best known as the Chief Mechanical Engineer (CME) of the Southern Railway between 1937 and the 1948 nationalisation, developing many well-known locomotives.

1882 September 19th. Born in Invercargill, New Zealand to William Bulleid and his wife Marian Pugh, both British immigrants. On the death of his father, Bulleid returned to Wales in 1889 with his mother. Attended Accrington Technical School from around the time the school first opened in August 1895.

At 18, after a technical education, he joined the Great Northern Railway at Doncaster as an apprentice under Henry Alfred Ivatt, the then CME. After a four-year apprenticeship he became the assistant to the Locomotive Running Superintendent, and a year later the Doncaster Works manager. In 1908 he left the railway to work in Paris with the French division of Westinghouse Electric Corporation as a Test Engineer, soon promoted to Assistant Works Manager and Chief Draughtsman. Later that year he married Marjorie Ivatt, the youngest daughter of the railway mechanical engineer Henry Alfred Ivatt.

A brief period working for the Board of Trade followed from 1910, arranging exhibitions in Brussels and Paris, but a more important change followed in 1912 when he rejoined the Great Northern Railway as the Personal Assistant to Nigel Gresley, the new CME of the railway. Gresley was only six years Bulleid's senior.

World War I intervened; Bulleid joined the British Army and was assigned to the rail transport arm, rising to the rank of Major. After the War, Bulleid returned to the GNR as the Manager of the Wagon and Carriage Works.

Grouping in 1923 saw the GNR subsumed into the new London and North Eastern Railway (LNER), and Gresley was appointed the CME of the new amalgamated railway. He brought Bulleid back to Doncaster to be his assistant, a post that he held until 1937. This was the period during that Gresley produced the majority of his famous locomotives and innovations, and Bulleid had a hand in many of them.

In 1937, Bulleid accepted the post of Chief Mechanical Engineer of the Southern Railway (SR). At first, his work mostly involved improving the existing types, but in 1938 he gained approval to build a class of modern 4-6-2 "Pacifics", inspired by Gresley's but with all the most modern equipment. The first of the Bulleid Pacifics, 21C1 Channel Packet (Merchant Navy class) was built in 1941, featuring chain driven valve gear and a partially welded boiler and firebox rather than the traditional riveted designs. Twenty-nine followed, the last being 35030 Elder Dempster Lines. A slightly smaller Pacific class for more lightly built lines followed in 1945, the West Country/Battle of Britain class, of which 110 were built; 21C101 Exeter was the first. His other major steam locomotive design, the SR Class Q1 "Austerity" 0-6-0 freight engine, appeared in 1942. Most of Bulleid's locomotives for the Southern Railway had Bulleid-Firth-Brown wheels.

Bulleid also played a major role in the electrification of the Southern Railway, including infrastructure, electric multiple units, and electric locomotives. Towards the end of his tenure at SR he was responsible for the design and construction of Britain's only double-deck passenger trains, the two members of the 4DD class.

His final steam locomotive design for the SR was the unconventional Leader, appearing in 1949 after nationalisation. This encased the boiler, coal and water supplies and everything else in a smooth double-ended body reminiscent of a diesel locomotive. The drive was through two six-wheel powered bogies, each with three cylinders. The axles on each bogie were connected by chains. The Leader was innovative but unsuccessful.

Bulleid worked briefly as CME of British Railways Southern Region but soon took a post in Ireland with Córas Iompair Éireann (Irish Railways) as their Chief Mechanical Engineer. He developed an unsuccessful peat-burning locomotive along the lines of the Leader, which proved to be a dead end, but was also responsible for much modernisation of Ireland's locomotives and rolling stock.

He retired from CIÉ in 1958 and subsequently lived in Belstone in Devon, and subsequently Exmouth. Bulleid was awarded a honorary doctorate by Bath University in 1967. Shortly thereafter he moved to Malta.

Mr. BULLEID, M.I.Mech.E. (Past-President), has been Chief Mechanical Engineer of the Southern Railway since 1937. His career began in January 1901 as a premium apprentice at the Doncaster works of the Great Northern Railway under the late Mr. H. A. Ivatt. He attended Doncaster Technical School and lectures at Leeds and Sheffield Universities. In January 1905 he was appointed assistant to the locomotive running superintendent and carried out experiments on petrol motor-driven coaches. From March 1906 he assisted the locomotive works manager at Doncaster.

In February 1907 he became assistant works manager at the Freinville works of the French Westinghouse Company, and was concerned with the design and manufacture of brake equipment and electro-pneumatic signals. In December 1909, he was appointed Mechanical Engineer to the Exhibition's Branch of the Board of Trade for the Brussels and Turin International Exhibitions.

Mr. Bulleid returned to Doncaster in December 1911 becoming assistant to the locomotive engineer, but three years later he was commissioned in the Army Service Corps as a lieutenant and in January 1915 went to France where he was attached to the Assistant Director of Railway Transport at G.H.Q., and afterwards with the Second Army. He was promoted captain in September 1915 and major in November 1916 on his appointment as Deputy Assistant Director of Transportation at Fifth Army H.Q. He became Deputy Assistant Director of Railway Transport in May 1918. He returned to this country in August 1918 and was works manager at Richborough until his demobilization in February 1919.

He immediately resumed his old post as assistant to the locomotive engineer of the Great Northern Railway. Twelve months later he became assistant carriage and wagon works manager and in February 1923 he commenced his long association with the late Sir Nigel Gresley, as assistant to the chief mechanical engineer, of the London and North Eastern Railway, which ended with his appointment fourteen years later as chief mechanical engineer of the Southern Railway.

He joined the former Great Northern Railway in 1901 as a premium apprentice, leaving in 1908 to join the French Westinghouse Company. He spent a period as mechanical engineer to the Exhibitions Branch of the Board of Trade and, in 1912, returned to Doncaster to become assistant to Sir Nigel Gresley on the LNER. The partnership lasted until 1937 when Mr Bulleid became Chief Mechanical Engineer of the Southern Railway.

At that time, the future of the steam locomotive was being threatened by the advent of diesel power. Mr Bulleid concentrated on trying to offset this trend, and his controversial engines were all designed with the objective of increasing the availability of the steam locomotive to make it truly competitive with electric and diesel traction.

The railways were nationalised in 1948 and, in 1949, Mr Bulleid went to Ireland to become Consulting Mechanical Engineer, and later Chief Mechanical Engineer of Coros Iompair Eireann. He played a leading part in the modernisation of the Irish Railways, and considered that period to be one of the ghost interesting of his career. His retirement in 1958 was a great loss to CIE.

A member since 1901 and a Past-President of this Institution, Mr Bulleid was made an Honorary Member in 1951 and received similar recognition for his services to railway engineering from the American Society of Mechanical Engineers. He presented many papers to the Institution describing innovations in railway engineering which he had introduced and, in February 1965, discussed his work with Mr Rex Wailes in an interview published in the CME.

Mr Bulleid had a profound influence on developments in steam traction for almost 60 years. His brilliance as an engineer and organiser was acknowledged by the whole industry. His achievements could not, however, do more than delay the death of steam.

A well-liked and respected man, Mr Bulleid will be sadly missed by his former colleagues and employees, in whom he took a strong paternalistic interest. His death marks the end of an era.