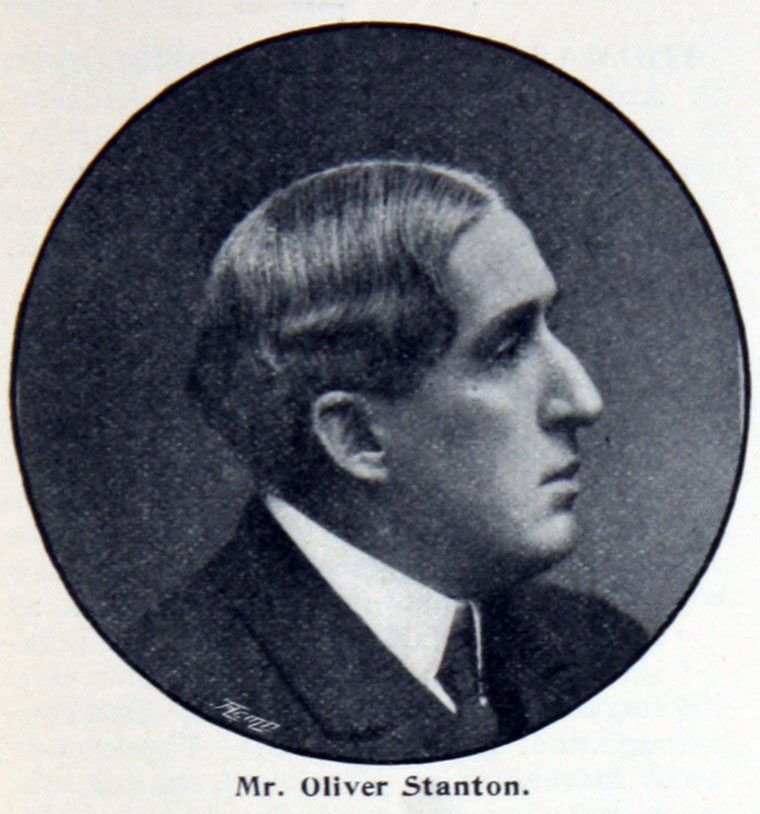 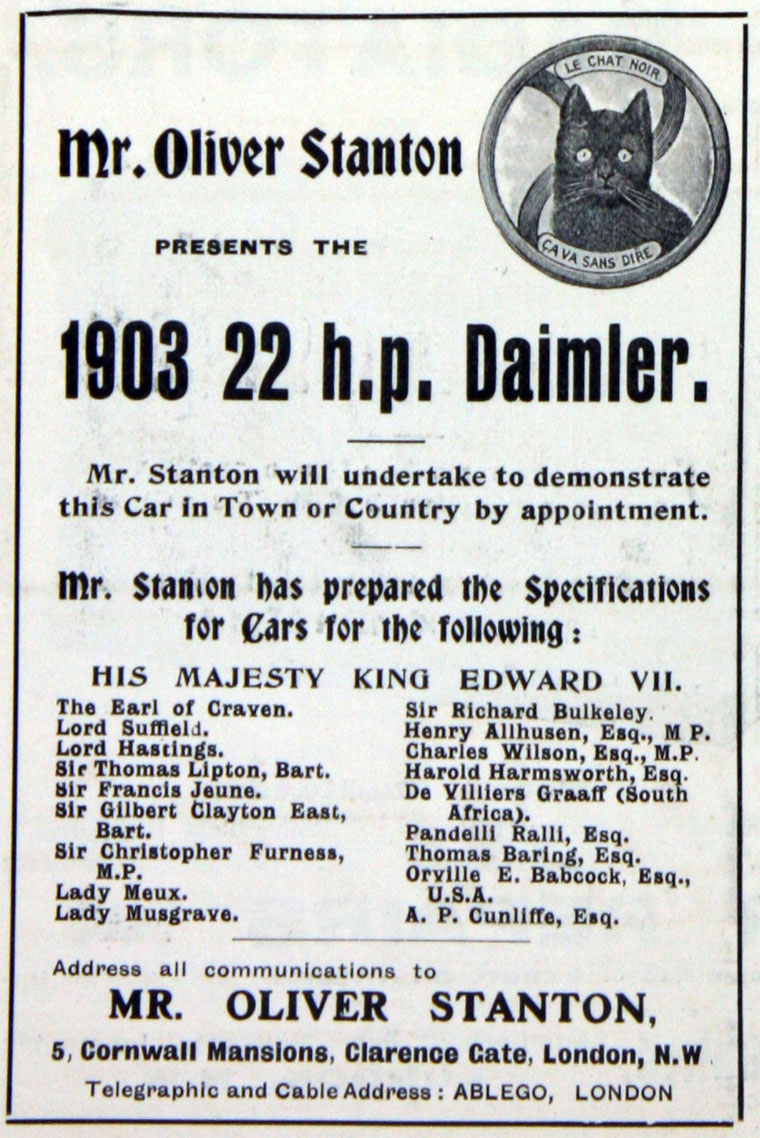 Oliver Stanton (1865-1915), Automobile instructor to the Prince of Wales

1904 STANTON, M. Oliver, 5, Cornwall Mansions, Clarence Gate, W. Is a well-known motor "coach." Taught his Majesty, King Edward VII. how to drive a motor-car. Is an American by birth, and hails from Fort Wayne, Indiana. He commenced his motoring career in 1897, and started with the Daimler Company. Was the originator of the first motor funeral in the world, the function taking place at Coventry in 1900. [3]

1904 November. 'Mr. Oliver Stanton, in his advertising days, before he became motor expert his Majesty, and accepted a position with the Bristol Automobile Company, which since resigned, inaugurated motor car funeral ...'[4]

1909 December. Sails from Liverpool to USA with his wife on the SS Umbria.

1912 February. Some details about. Appears to have hit hard times. Has been to California but now returned. Wife very ill.[7]

1915 March. Died. 'Staff-Sergeant Oliver Stanton, whose death is just reported, could claim the unique distinction of having taught a king how to ride a bicycle. To him fell the duty of teaching the late King Edward. His Majesty was a keen cyclist, a taste that is shared many members of the Royal Family. Staff-Sergeant Stanton was well-known in Coventry.'[8]

1915 March. 'The death is announced Mr. Oliver Stanton, who taught the late King Edward to ride a bicycle. The late King was on the Riviera and was ordered to take exorcise, but found walking too fatiguing. Someone suggested cycling and Stanton, who was a well-known teacher — he had a school on the outer circle of Regent's Park — was sent for and arrived with a selection of machines, for the King’s use. His Majesty learnt; but was never very fond of the pastime and believe a little mild riding a tricycle in the grounds Buckingham Palace was the extent of his cycling experience-. King George, on the other hand, was at one time a regular cyclist and it is well known that the Prince of Wales, when England, uses his machine almost daily When I last saw Stanton, which is not very long ago, he was wearing the diamond scarf pin presented to him by King Edward, which he was exceedingly proud.'[9]