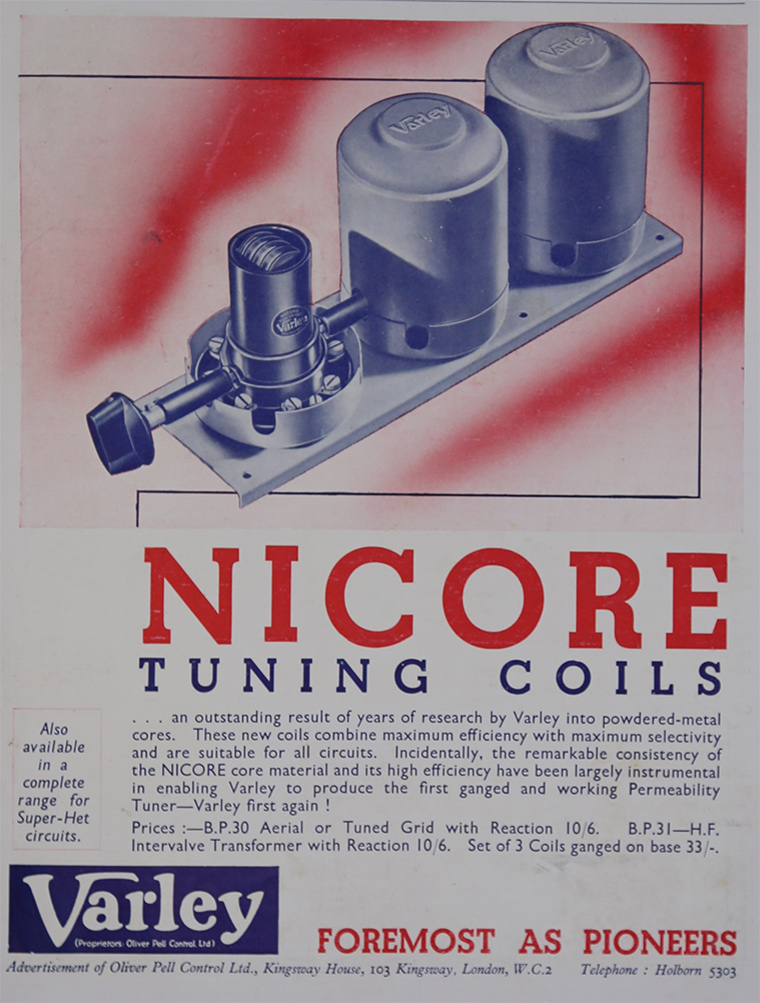 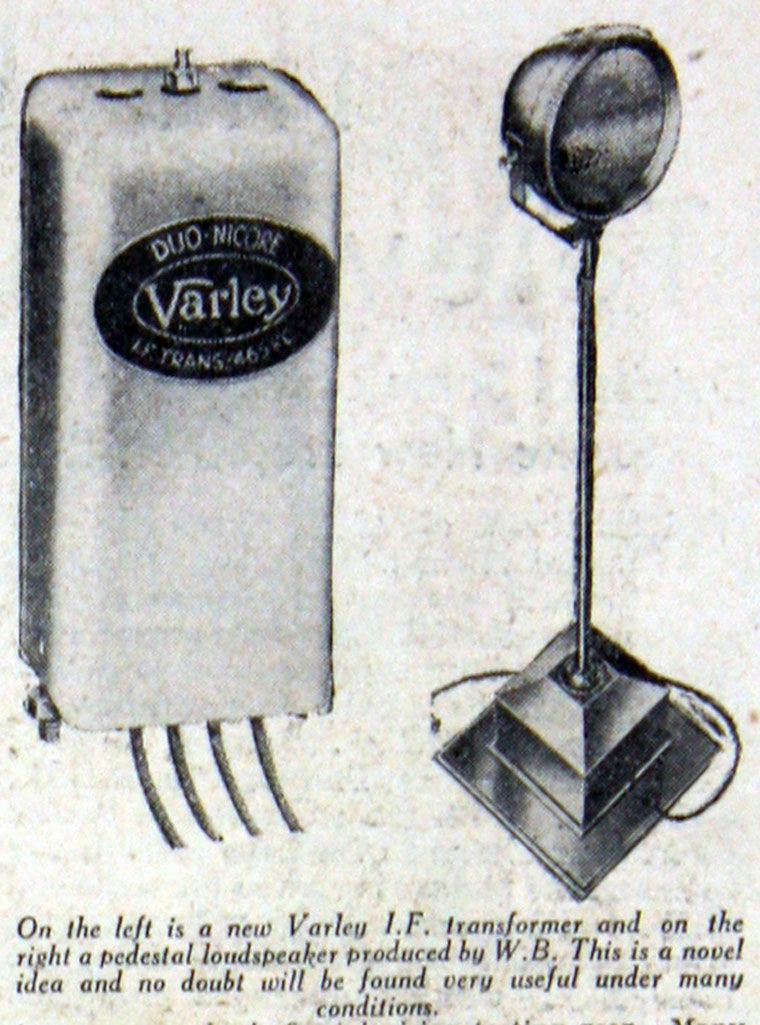 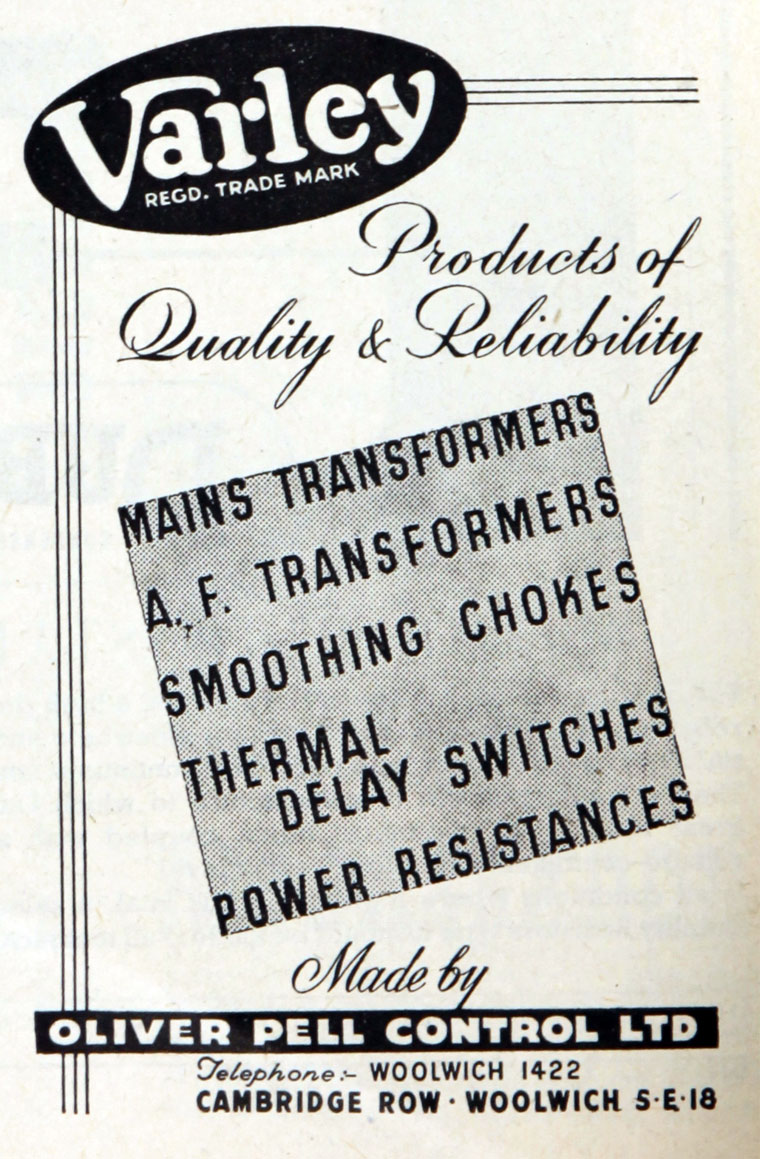 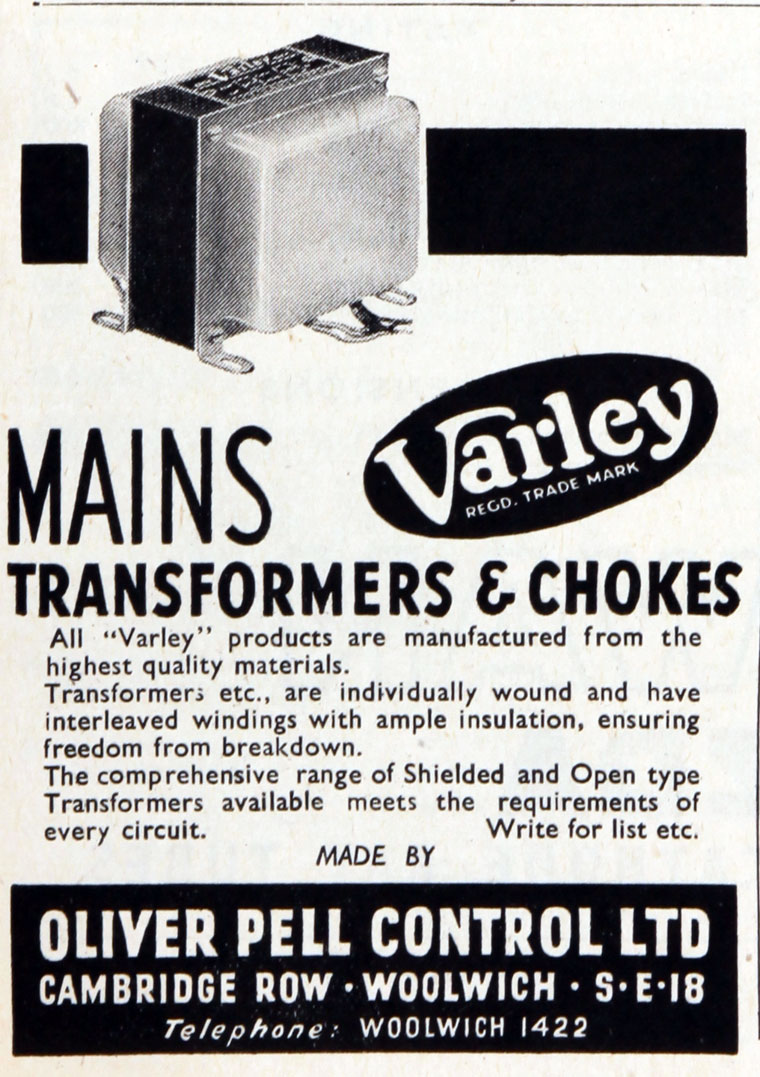 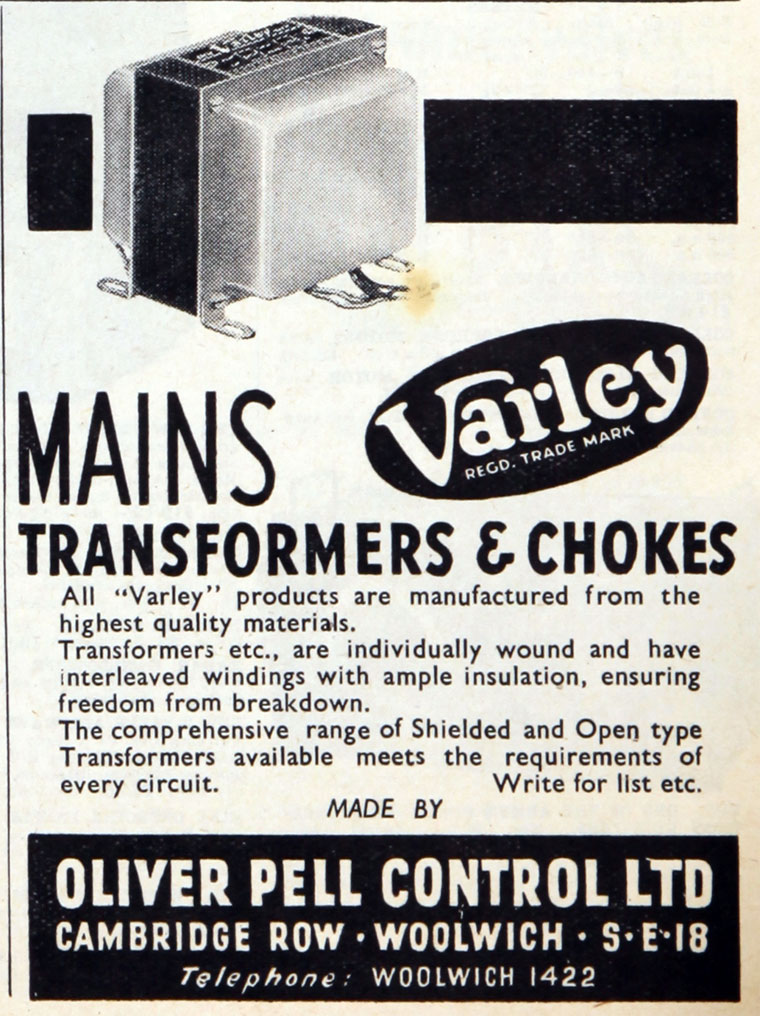 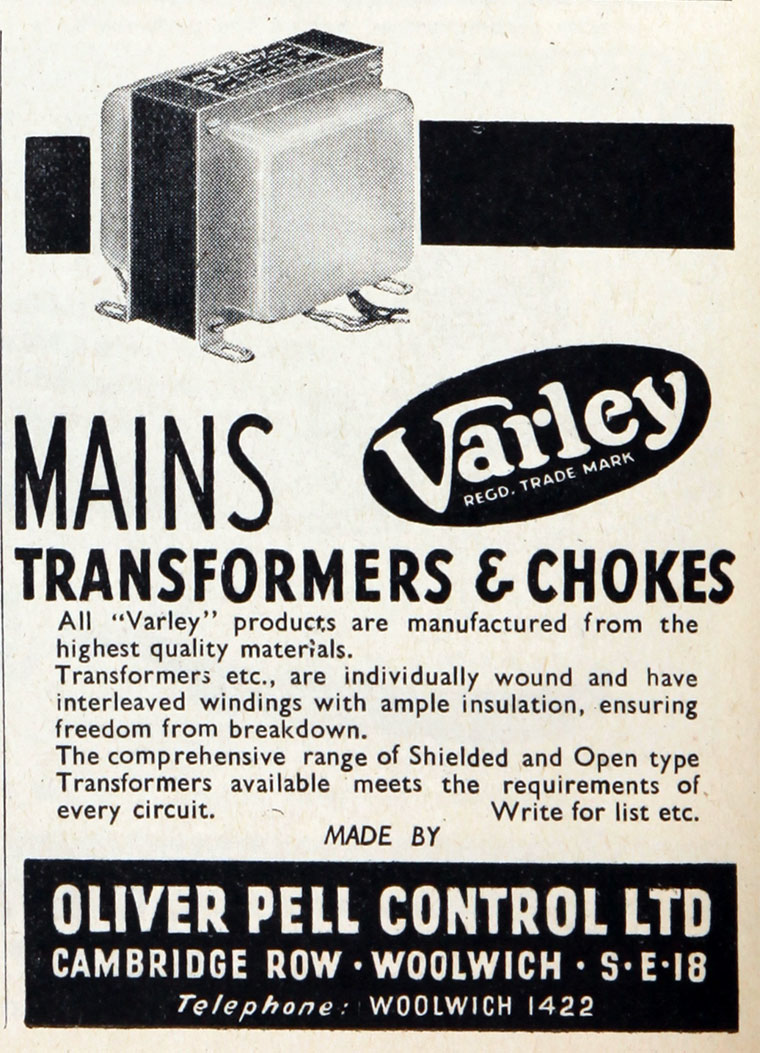 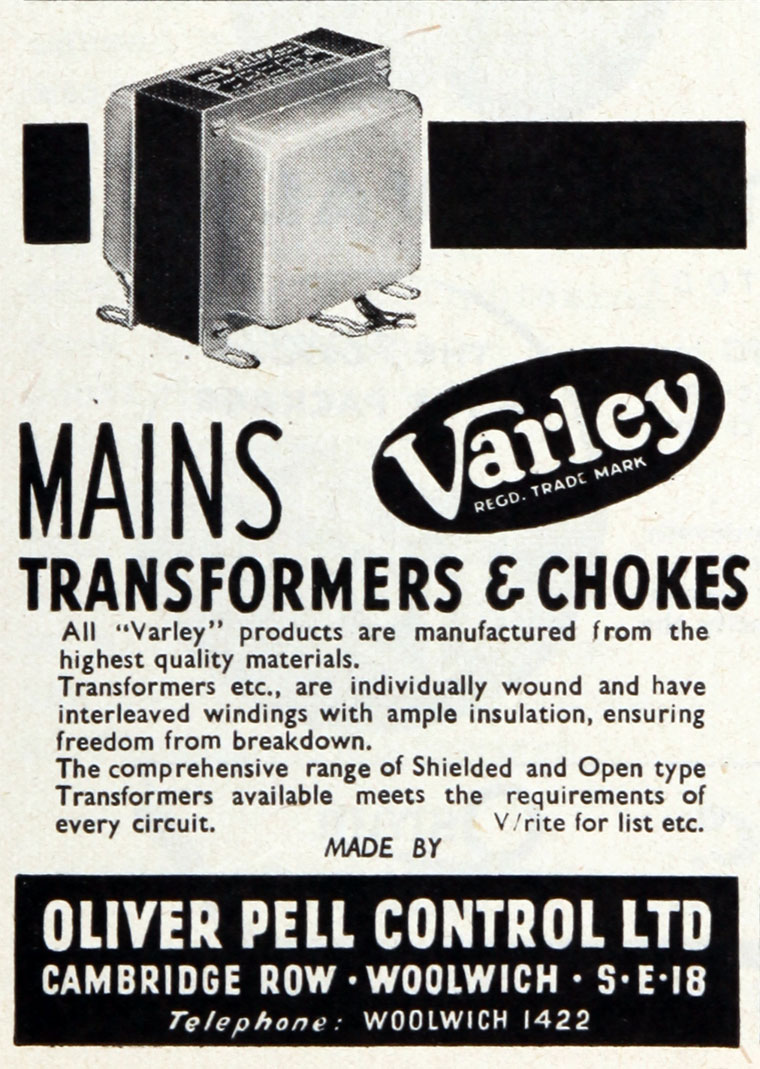 1900 Oliver transferred the business to larger premises at Woolwich and was joined by Mr. W. M. D. Pell. This presumably became Oliver-Pell Electric and Manufacturing Co

c.1910 Developed the Varley dry accumulator (perhaps based on the patent of Frederick Henry Varley?)

1922 Oliver Pell Control acquired Varley Magnet Co and Oliver Pell Electric and Manufacturing Co, both of which had W. M. D. Pell as chairman, and which were subsequently wound up[1]