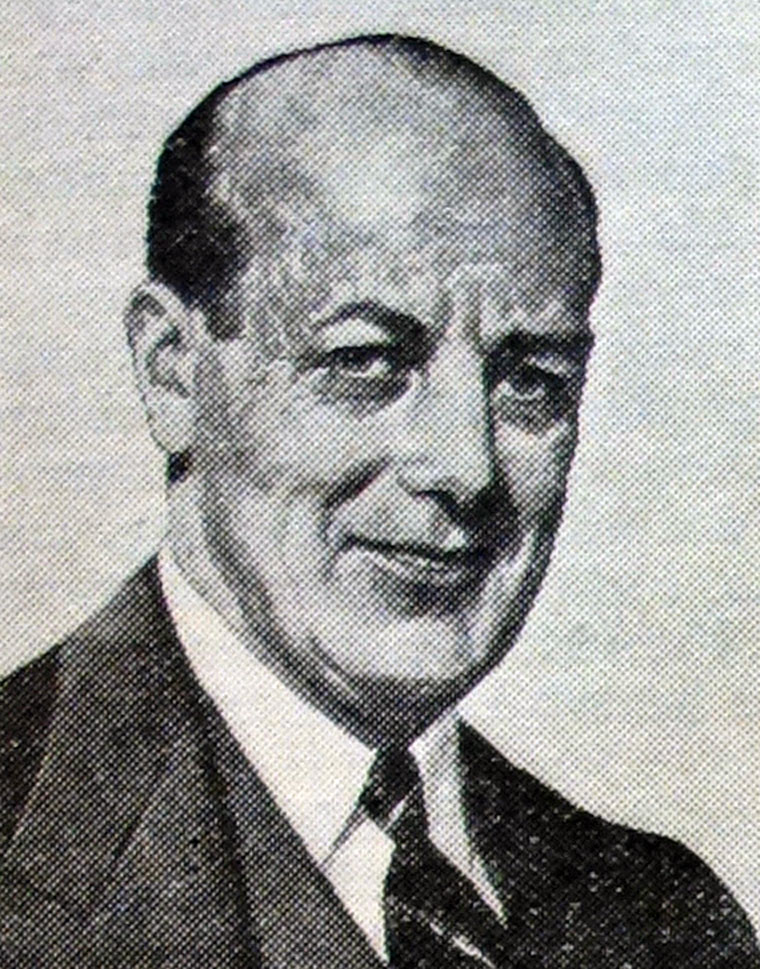 WWII Director Research and Development at the Ministry of Supply, principally concerned with tank design.

For 40 years he was joint managing director of Lucas with Peter Frederick Blaker Bennett, complementing Bennett's commercial aptitude with his technical abilities. (Deputy) chairman of Lucas for 14 years.[1]

"IT is with deep regret that we have to record tho death suddenly, at Nassau in the Bahamas, of Mr. Oliver Lucas, who was for forty years a member of the firm of Joseph Lucas, Ltd., of Birmingham, and for twenty-five years was its joint managing director, with Sir Peter Bennett. His death took place at the early age of fifty-six, while he was recuperating his health after the strain of his wartime activities and his post-war reconstruction tasks. H e was the son of the late Mr. Harry Lucas, and a grandson of Joseph Lucas, the founder of the firm. He was educated at King Edward's School, Birmingham, and joined the company as a young man. From the beginning he identified himself with the Lucas organisation and he was the inventor of many successful Lucas products.

In the first world war, he went to France with the Armoured Car Brigade, in February, 1915. Later, while serving with the caterpillars and heavy howitzers, he conceived the need for a light, portable signalling lamp for infantry use. The lamp he designed became known as the "O.L. , infantry daylight signalling lamp, and it was exclusively adopted by both the British and French armies. It was so successful that Mr. Oliver Lucas was brought back to England to develop the invention, which became the standard pattern for the British Army and was extensively used in the last war... Read More"

"OLIVER LUCAS, whose untimely death occurred in the Bahamas on 20th March 1948, at the age of fifty-six, was an outstanding figure in the automobile industry and a well-known authority on all forms of road transport, his advice on this subject and particularly on the design of motor vehicles being extensively sought by manufacturers, not only in this country but also in America where he was well-known in wide circles.

On leaving school he joined the firm of Joseph Lucas, Ltd., of Birmingham, which had been founded by his grandfather, and for the last twenty-five years of his life was joint managing director of the Lucas Group.

During the war of 1914-18 he served at first with the Armoured Car Brigade in France, but was withdrawn later from combatant service in order to develop a portable infantry signalling lamp which became the standard equipment for the British and French armies in both world wars. During his directorship he was in charge of the technical and engineering policy of the Lucas Group and was personally responsible for many of the inventions embodied in the Lucas products.

His analytical and logical mind and quick brain enabled him successfully to direct the activities of the Lucas organization in many new directions, such as the development and manufacture of fuel-injection equipment for Diesel engines and, at a later stage, the design and manufacture of combustion and control equipment for gas turbines which the firm undertook during the second world war. At the same time his natural flair for production and the close study which he gave to manufacturing operations were of inestimable service in building up an organization which was able to meet all the needs of the rapidly expanding automobile industry.

In 1942 Mr. Lucas was appointed Director of Research and Development at the Ministry of Supply, and in the following year he led a special mission to the United States to correlate information on the design development and production of armoured vehicles in that country and the United Kingdom. He became a member of the Institution of Automobile Engineers in 1930 and, although his duties in his own firm and at the Ministry precluded his taking an active part in its proceedings, there can have been few men who were better known by the engineers and higher executives in all branches of the industry.

In his own firm he was universally respected not only for his keen personal interest in his staff and workpeople, but also for his insistence on sound engineering and design as the first requirement in all equipment produced by the organization."