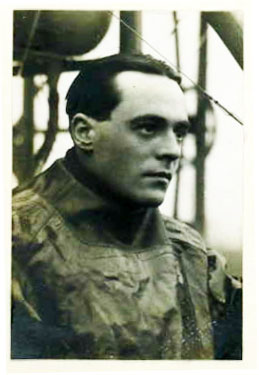 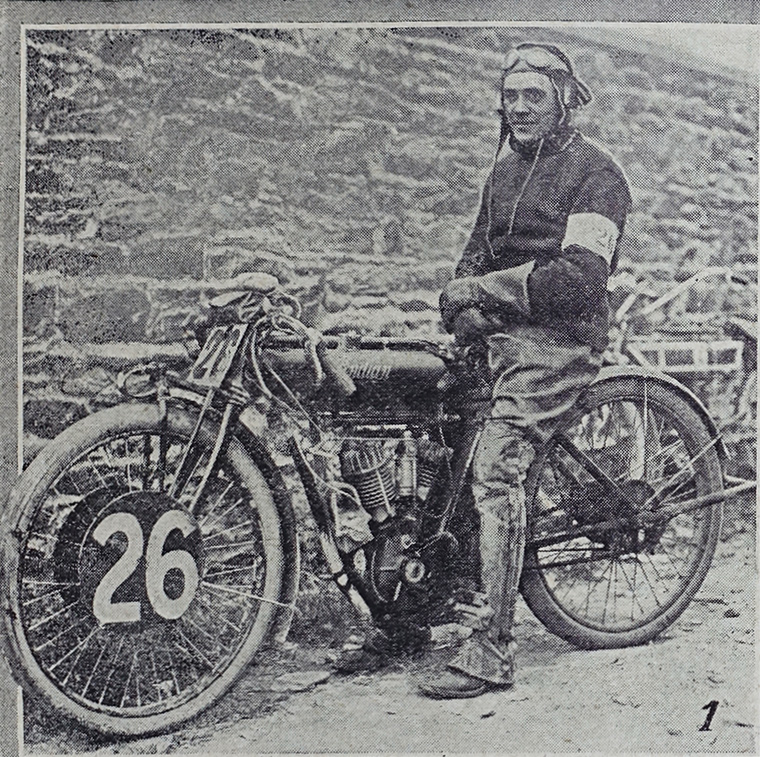 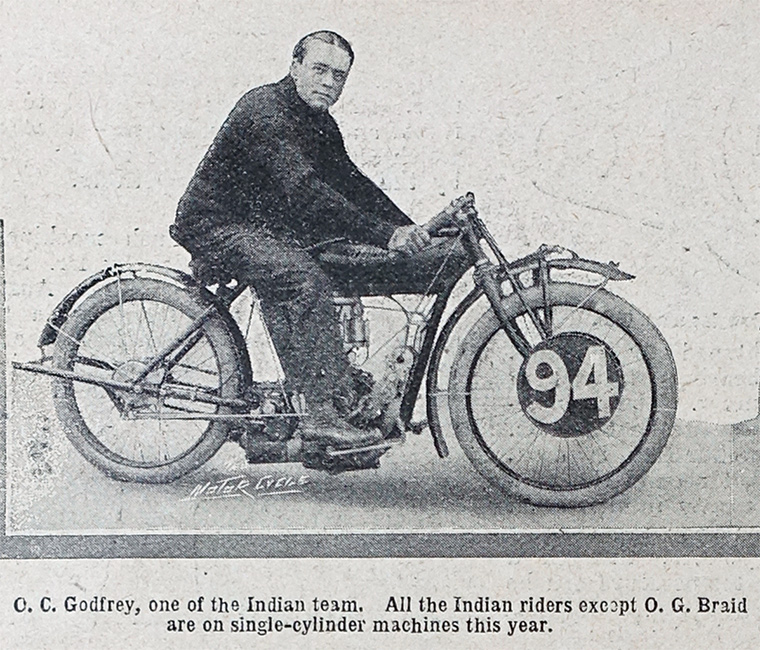 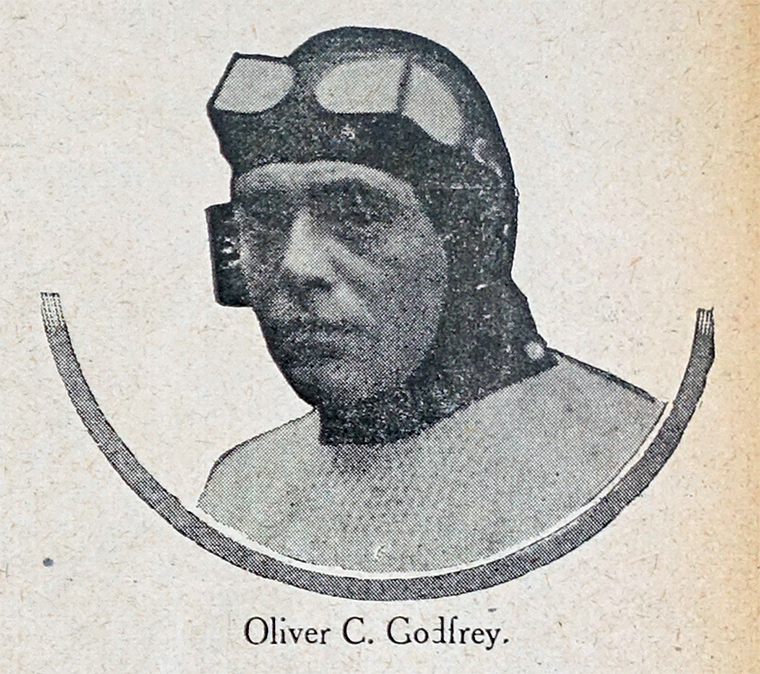 1887 October 15th. Born the son of Louis Godfrey, an Artist (painter and Engraver), and his wife Florence Amy Brittan

1909 With Frank Albert Applebee formed Godfrey's which sold and maintained motor cycles from a number of outlets, including 208 Great Portland St, London.

1911 First place in the Isle of Man TT race (senior class) on an Indian. It was his first attempt as a factory rider. He had raced before at the T.T. as a "clubman" entrant on his own motorcycle but without any victories. He also had wins at Brooklands and other circuits racing for Indian in the UK and Ireland.[1]

1914 Third place in the Isle of Man TT race (senior class) on an Indian.

He was shot down in a dogfight with the Jagdstaffel 2, New "Hunter" squadron formed at Lagnicourt, under the command of Oswald Boelcke ("Father" of the German airforce.) The squadron, hand-picked by Boelcke, also included Baron Manfred von Richthofen (the "Red Baron".) Godfrey was shot down by Hans Reimann, also killed in the dog fight.[4]