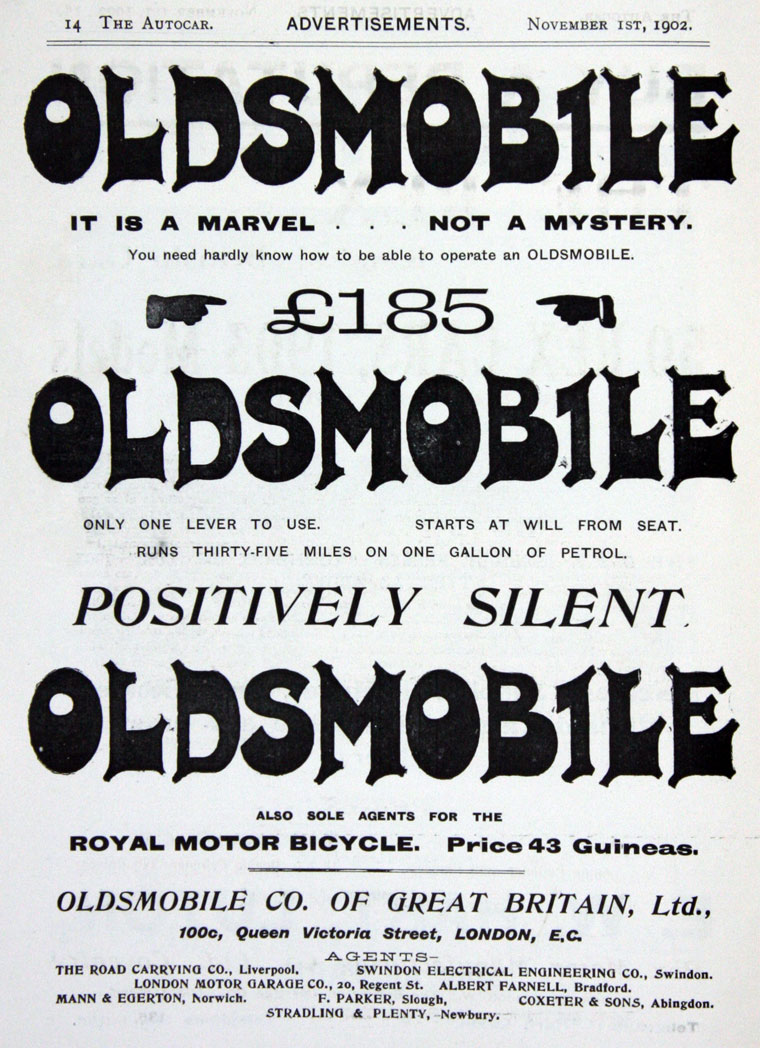 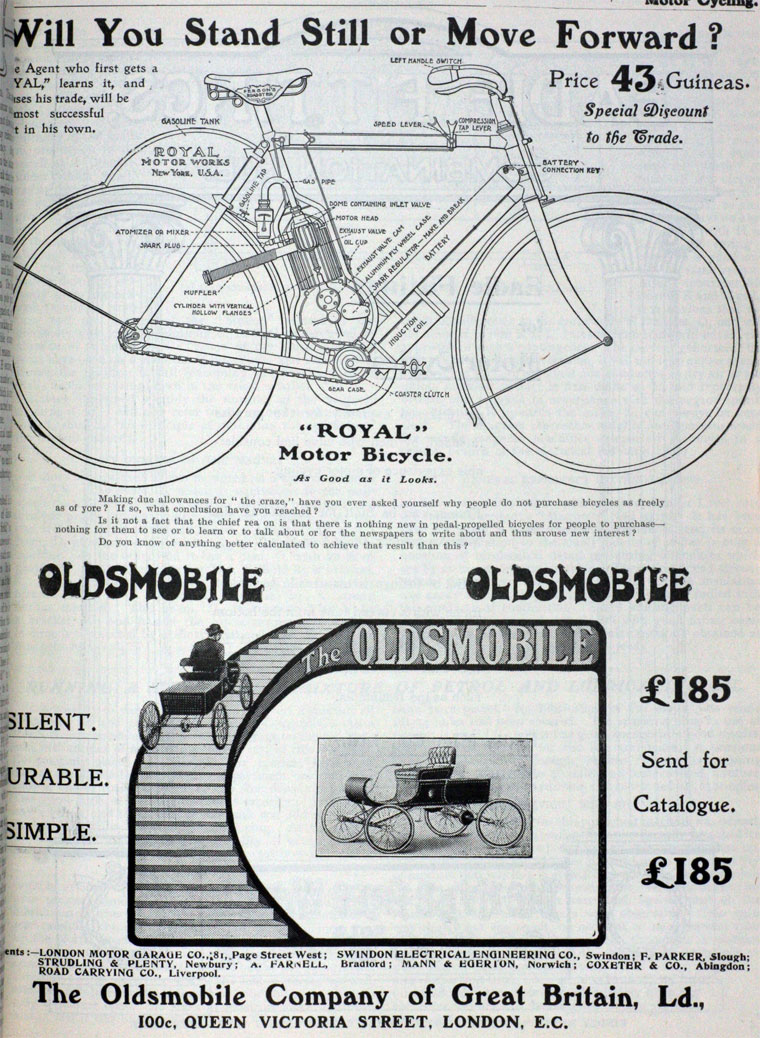 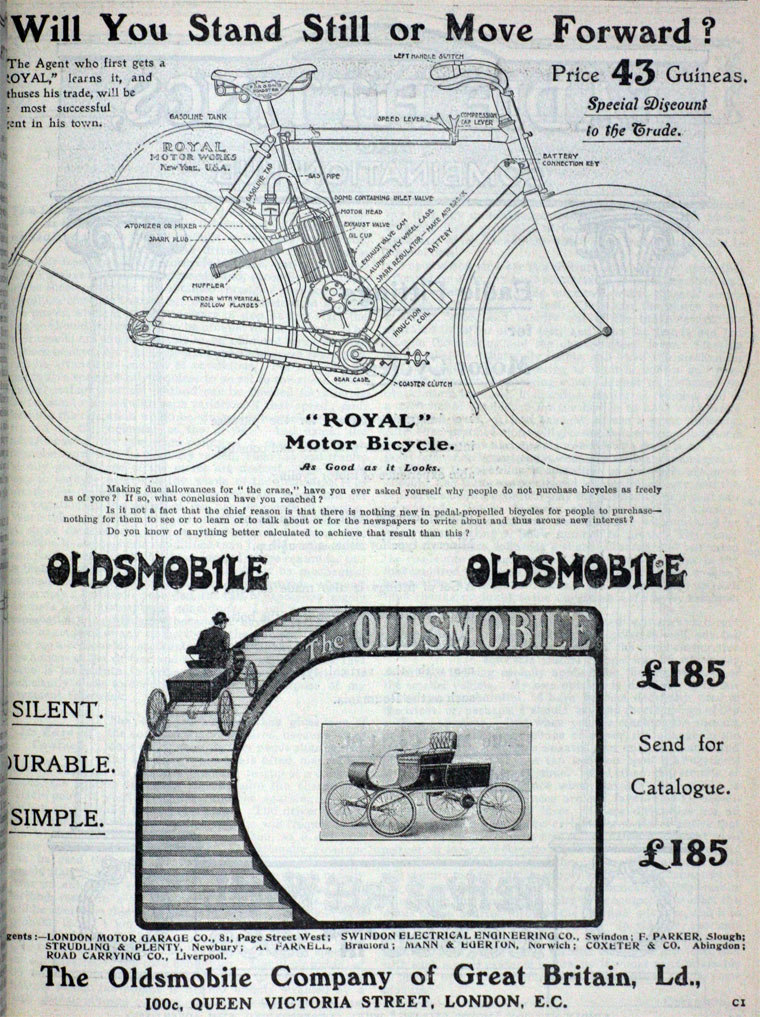 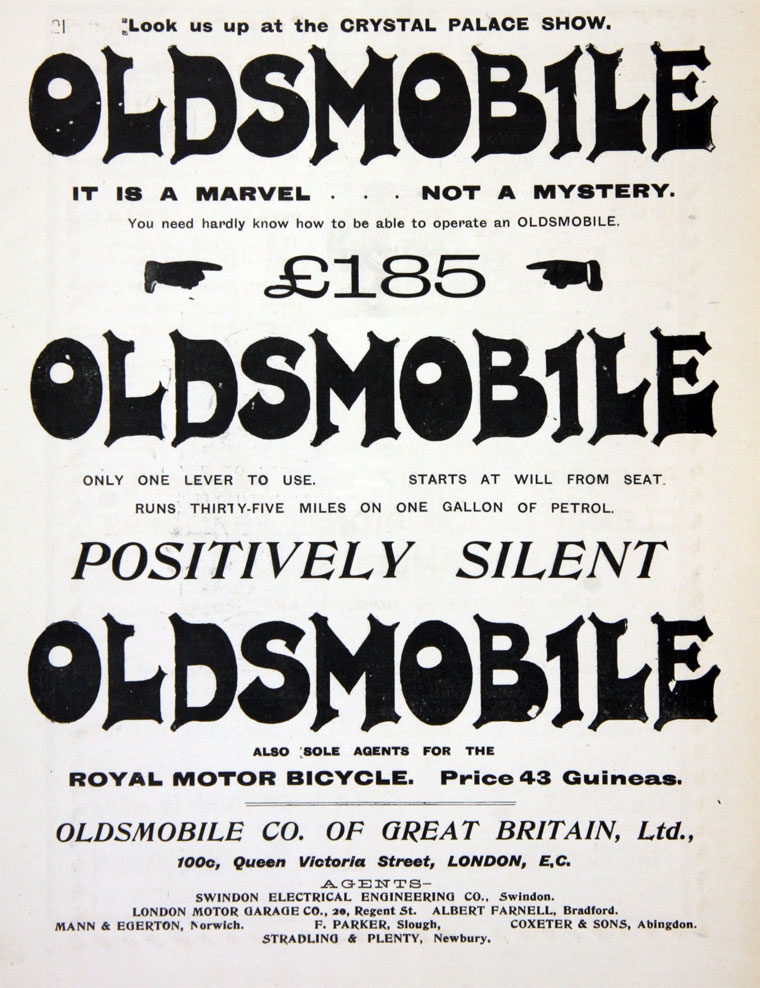 Representatives of Oldsmobile in the UK

1903 Succeeded by Anglo-American Motor Car Co, although the Oldsmobile Co of GB continued at the same address.

1908 Oldsmobile was acquired by General Motors