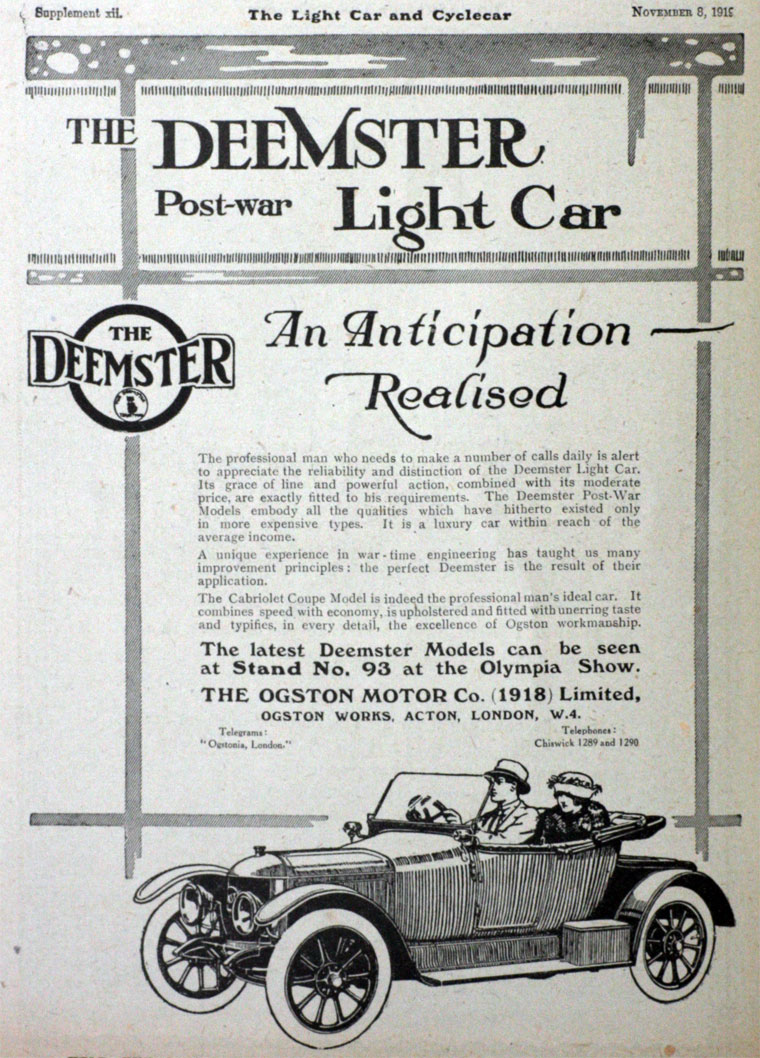 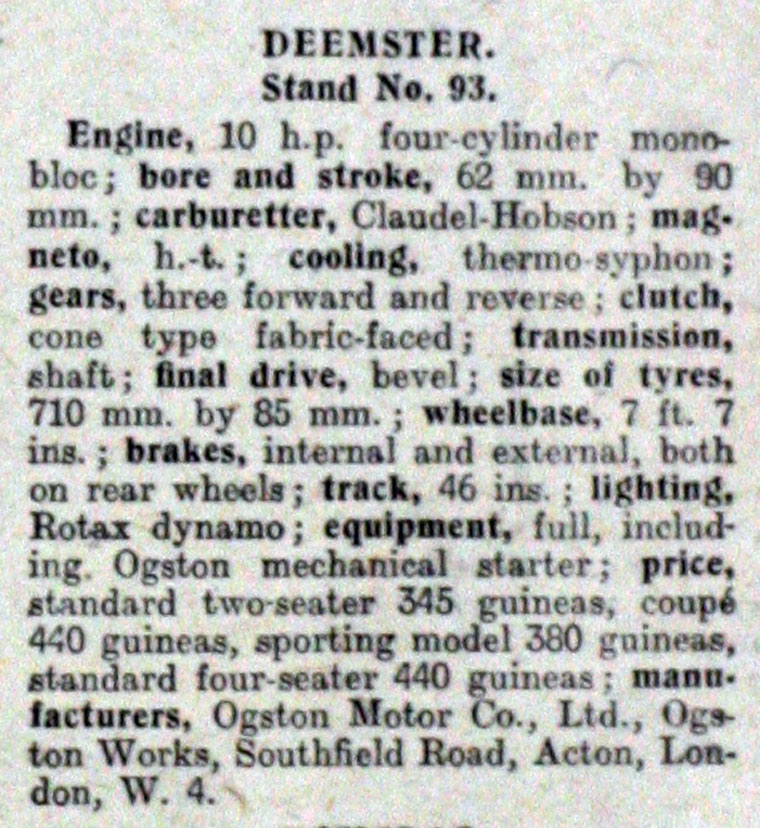 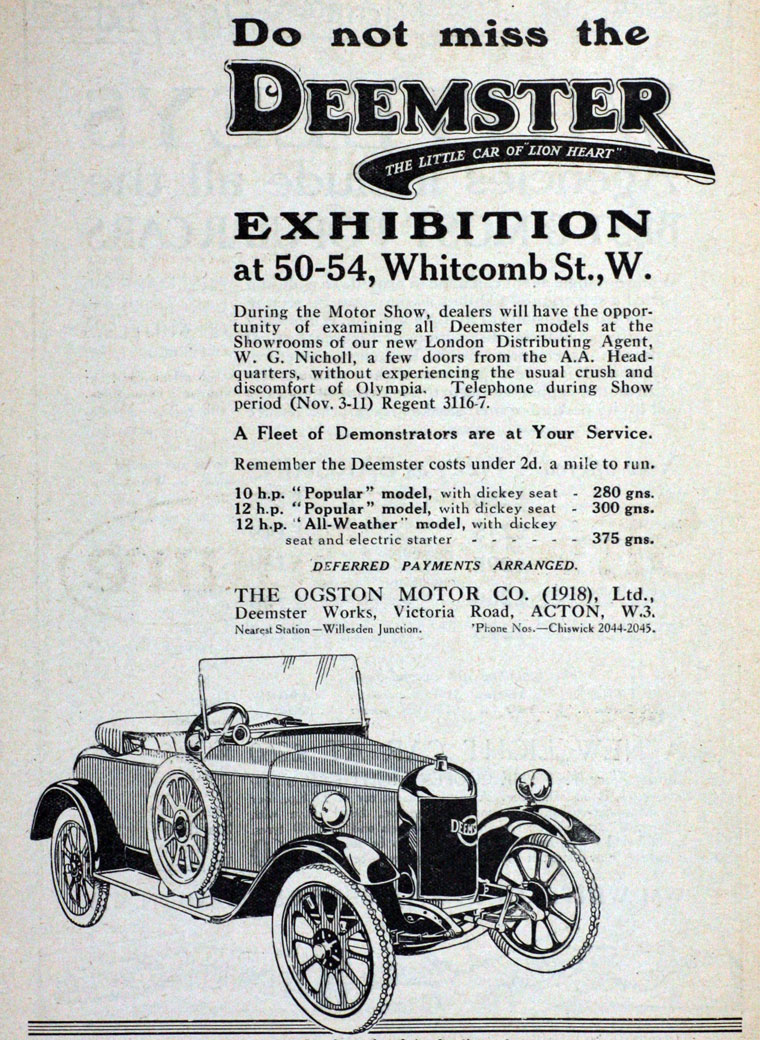 The business of J. N. Ogston and H. C. Scofield

1914 Manufacture of Wilkinson's solo and sidecar motorcycle was taken over by the Ogston Motor Co. Many detail improvements were made.

This short-lived make was an advanced machine with an 848cc, in-line, four cylinder engine, three-speed gearbox, shaft drive, rear bevel-box and bucket seat. They were very expensive. The firm also produced the Wilkinson TMC for a brief period. J. N. Ogston involved in the design

1918 Resolution by the company to wind the business up. Harry Charles Scofield of Ogston Works, Acton, Engineer to be appointed liquidator [1]

1920 The Ogston Motor Co (1918) announced its postal address as Victoria Road and that goods should go to Southfield Road.[2]

1924 February. By order of the receiver, the Sale of the premises 'The Deemster Works, Victoria Road, and leasehold premises at Southfield Road, Acton, and the plant and machinery.[4]