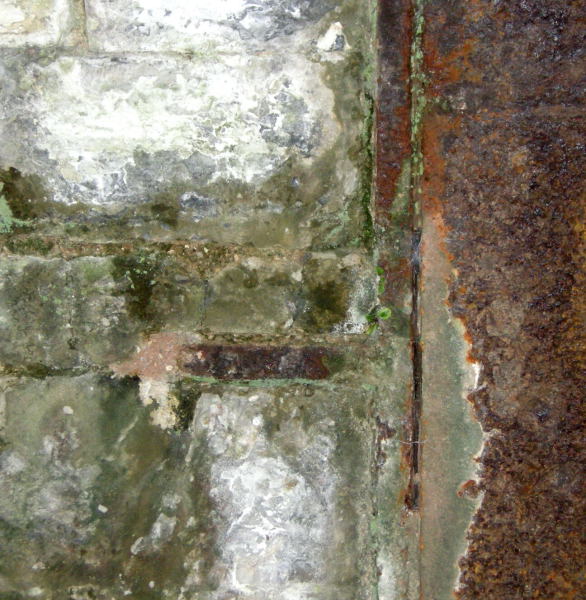 This aqueduct carried the Grand Western Canal across the carriage drive leading to Nynehead Court. The canal company, and later the Bristol and Exeter Railway, needed to cross a corner of the parkland, and the landowner, Edward Ayshford Sanford 'could not prevent their progress but he could ensure that their intrusion complemented his landscape.'[1]

The aqueduct is finished with finely-dressed stone, in contrast to the larger and more utilitarian Tone Aqueduct a short distance away. Even more impressive are the remains of the adjacent Nynehead Boat Lift.

The aqueduct is of short span, and of sufficient width and height to accommodate a carriage, driver, and the carriage driver’s headgear.

The form of construction is similar in principle to that described in detail under the Tone Aqueduct, the salient features being the use of cast iron side plates bolted to cast iron side frames, with a floor assembled from flanged iron plates. Each side frame has two protruding 'fins' which engage with the voussoirs of the masonry arches.

The main difference is that the Nynehead Aqueduct is of much shorter span, and the side frames and floor are arched rather than flat-bottomed.