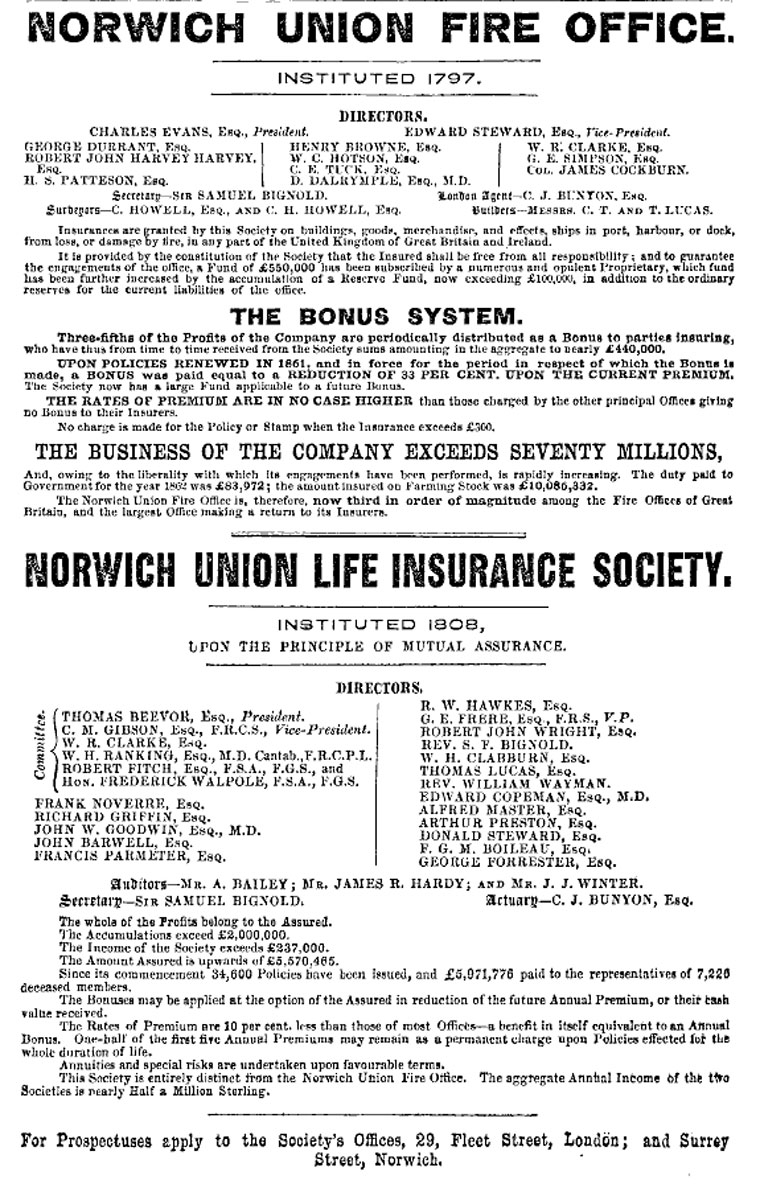 1808 Established on the Mutual principle by Thomas Bignold, a merchant and banker. He had earlier established another mutual, the Norwich Union Fire Insurance Society.

1818 After a rebellion by the policy holders, Thomas was ousted and his son Samuel elected in his place; he held the position for nearly sixty years[1].

1866 Took over the business of the Amicable Society, founded by Royal Charter in the reign of Queen Anne. The united Societies constituted the oldest Life Office in the world.

1893 Took over the business of the Reliance Society, founded in 1840

1906 Took over the business of the Scottish Imperial Life Office