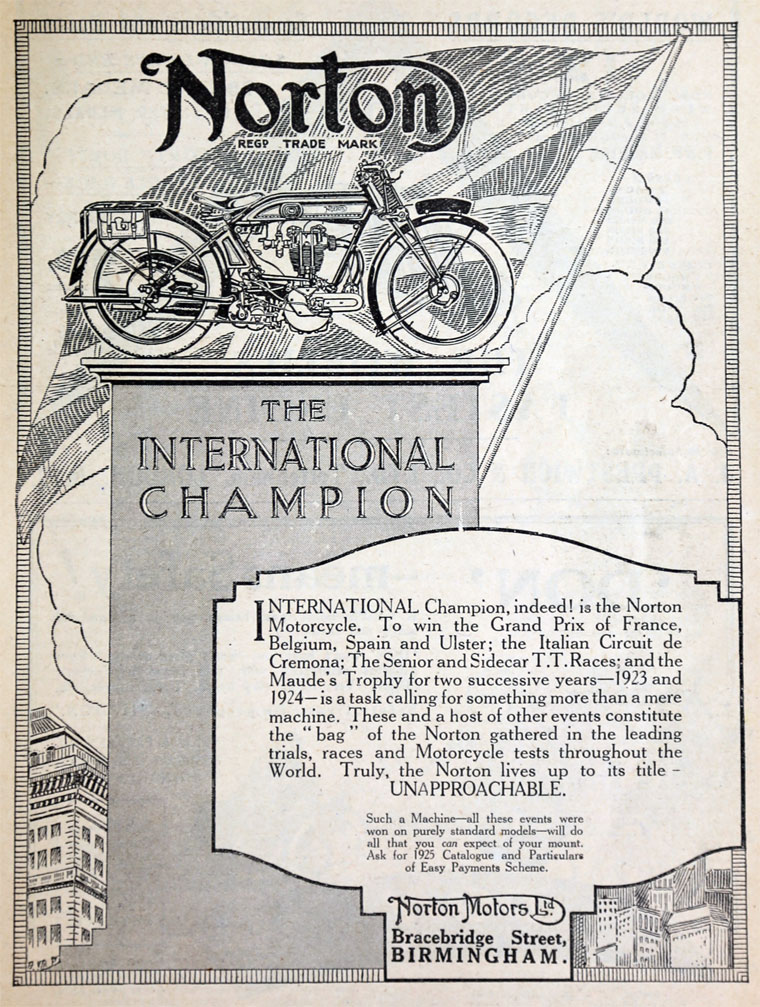 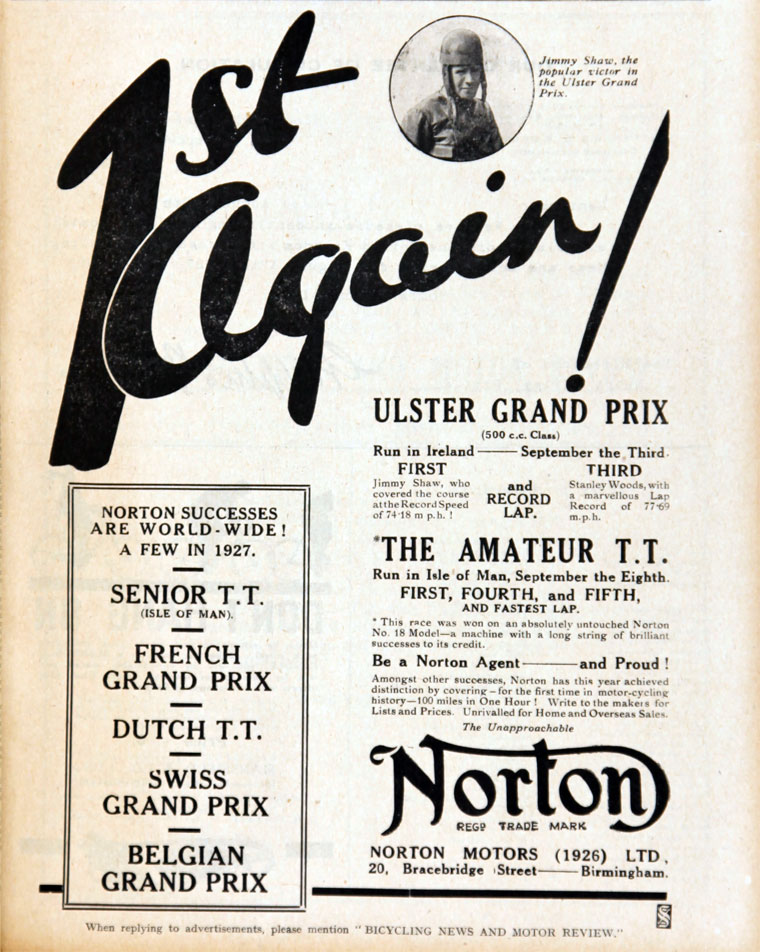 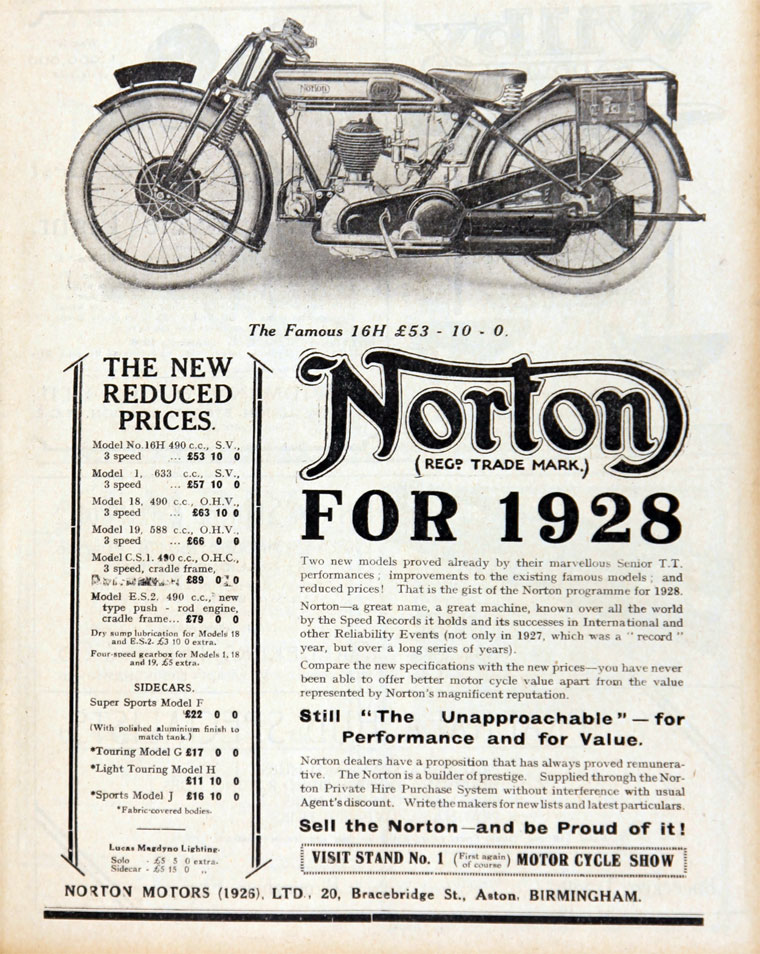 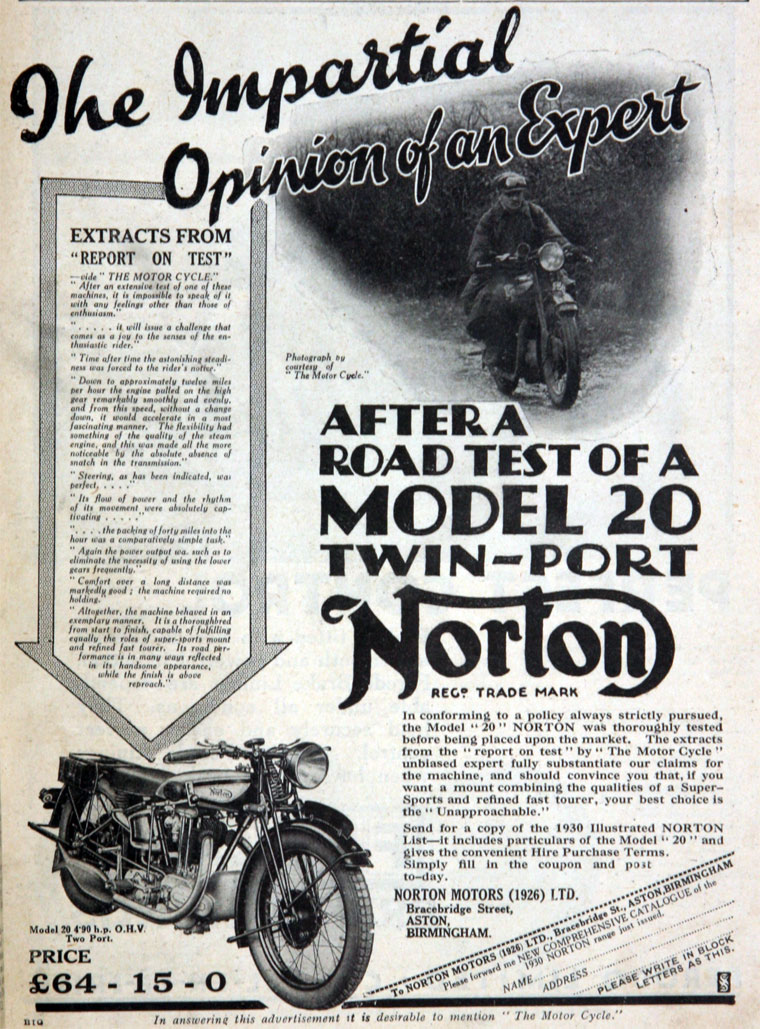 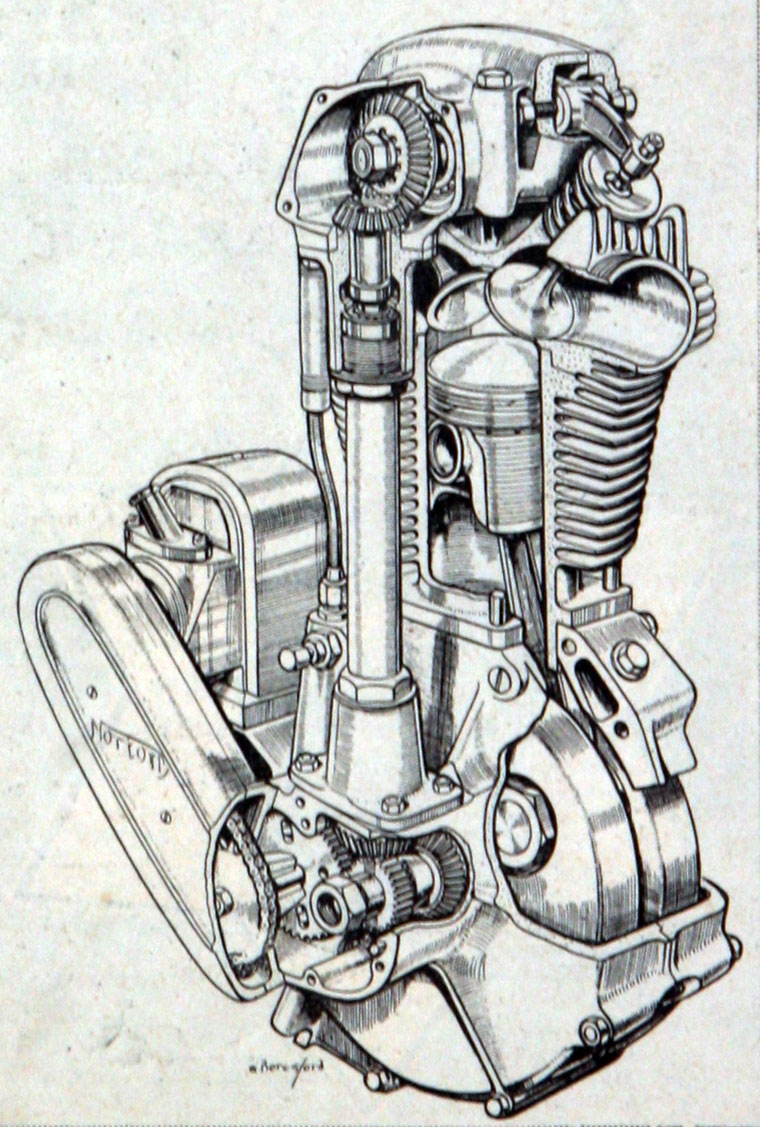 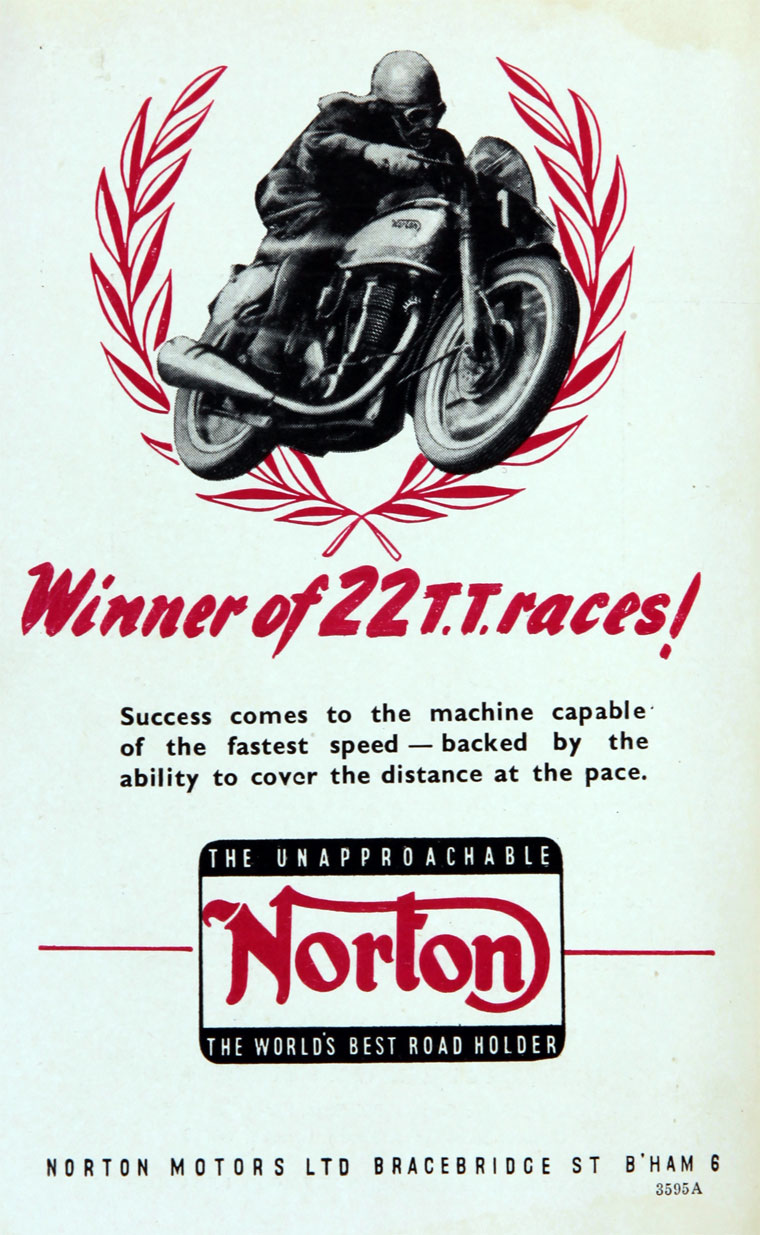 1913 Norton went into liquidation, while its owner recovered from an illness contracted on the Isle of Man. A new company, Norton Motors Ltd was formed shortly afterwards, with James Lansdowne Norton and Bob Shelley, using the services of Dan "Wizard" O'Donovan, racer and master tuner.

1920 Norton moved to Bracebridge Street, and remained there until 1963.

1961 Manufacturers of motor cycles, including the Norton Dominator. 180 employees. Subsidiary of AMC.