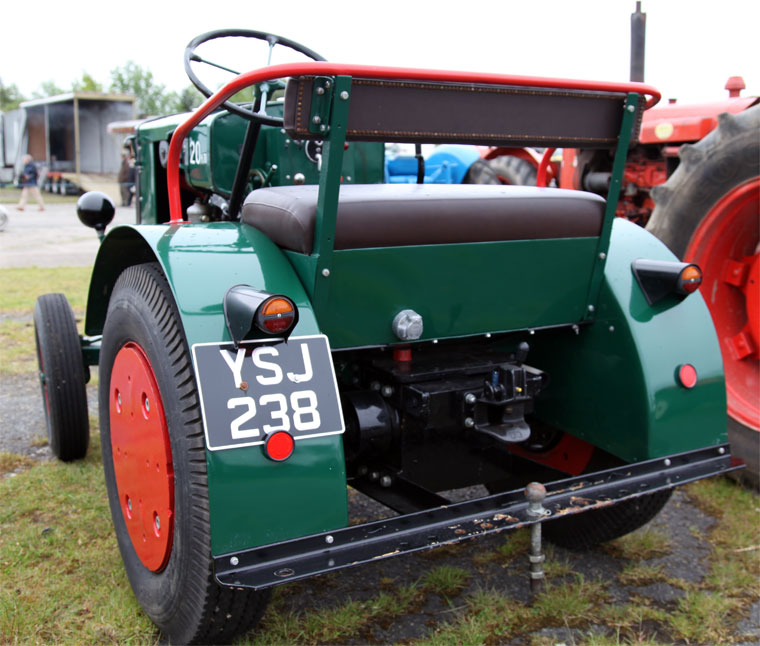 SK being a engineering company that made machinery for the Potash industry. The company added tractors to their portfolio in the late 1930s as demand grew as farms mechanised. In 1934 (or in 1936?) the company begun the building of agricultural tractors ("crude oil agricultural tractor") with the NG 22 in (1936 or 1938) ? as the first Normag-diesel tractor. Most production stopped during WW II apart from the NG10 from 1941 and a wood-gas model the Normag NG 25 was made from 1942 and after the war the factory was in the Soviet occupied zone of East Germany. The factory then built excavators until reunification.

The tractor production was switch to the west in Zorge were a small factory was set up to produce spares as the sales of the vehicles before the war occurred primarily in the western part of Germany. The name of 'Normag-Zorge was adopted to differentiate from the old factory. Production later relocating to Hattingen in the Ruhr valley. Post war models followed the pre war designs with small single cylinder models. In 1946 production began again with the 24 HP Normag NG 23 which resembled in many parts the prewar model Normag NG 22.

The company was taken over by Mannesmann which latter acquired Porsche Tractors and MAN Tractors.